Sails of Not So Much Glory

Mark W came round today for a game of Sails of Glory.

He took the Genereux and I took HMS Vanguard. 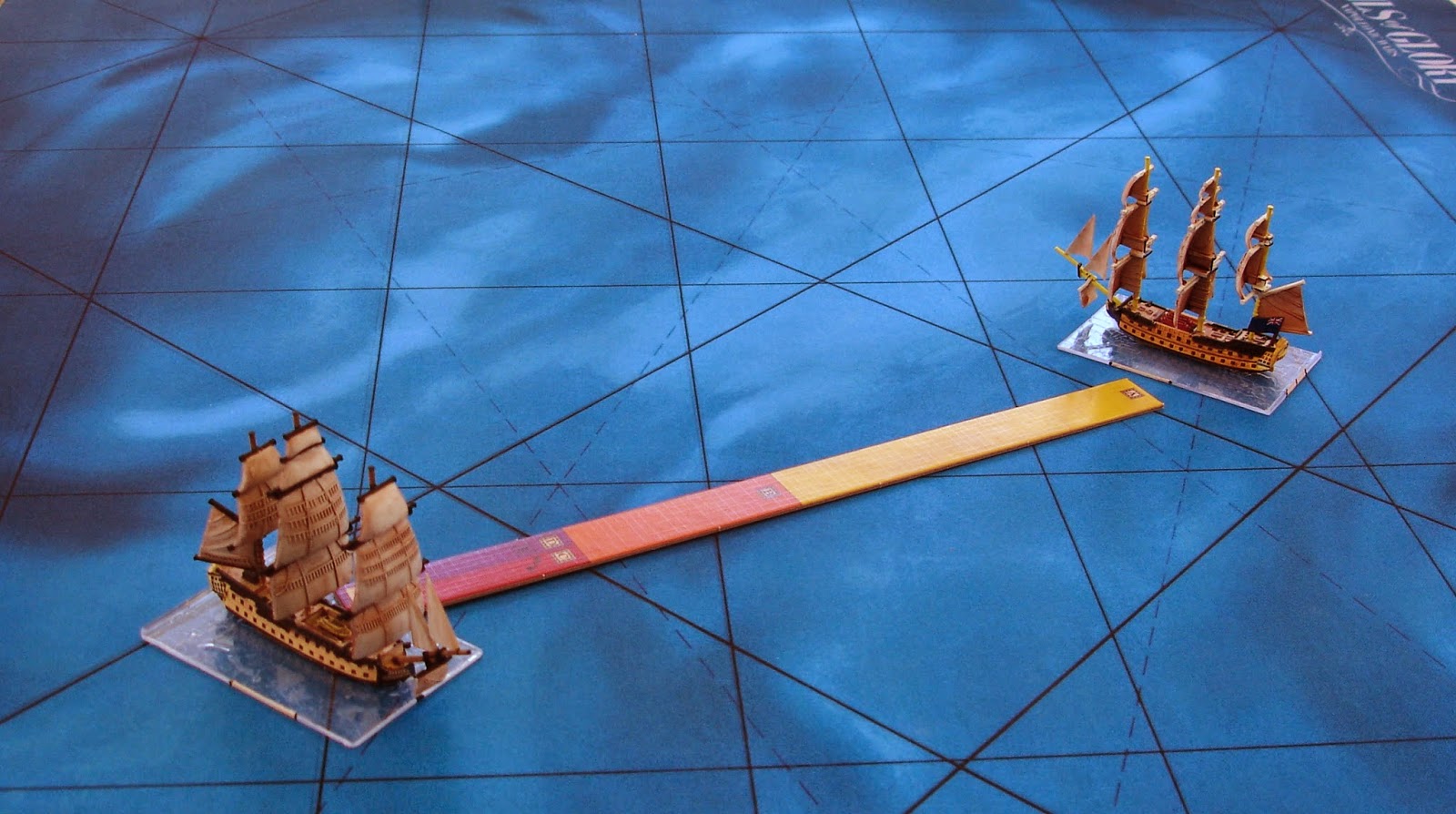 Not in range yet. 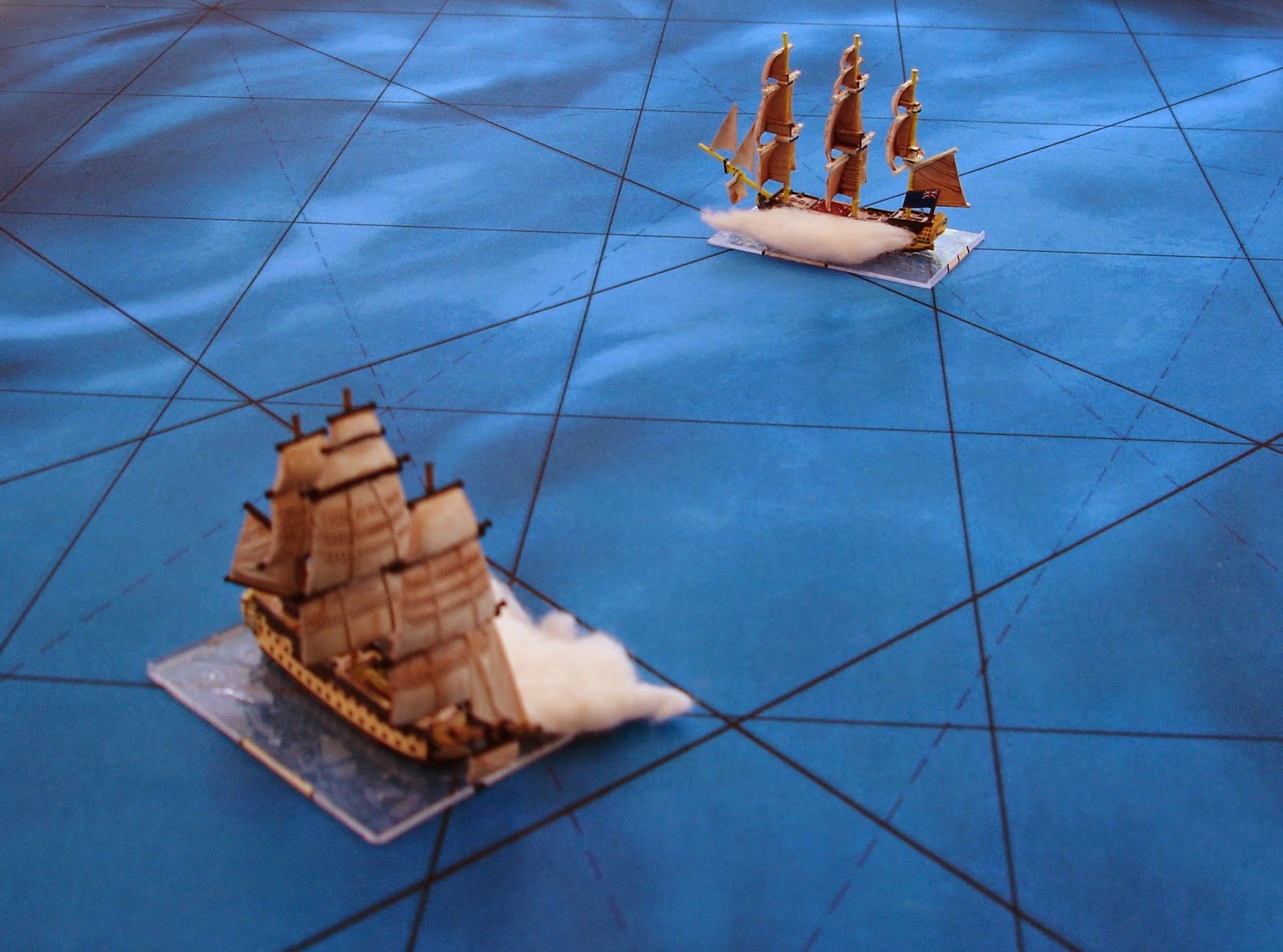 Action.  The long range broadsides were not particularly telling. 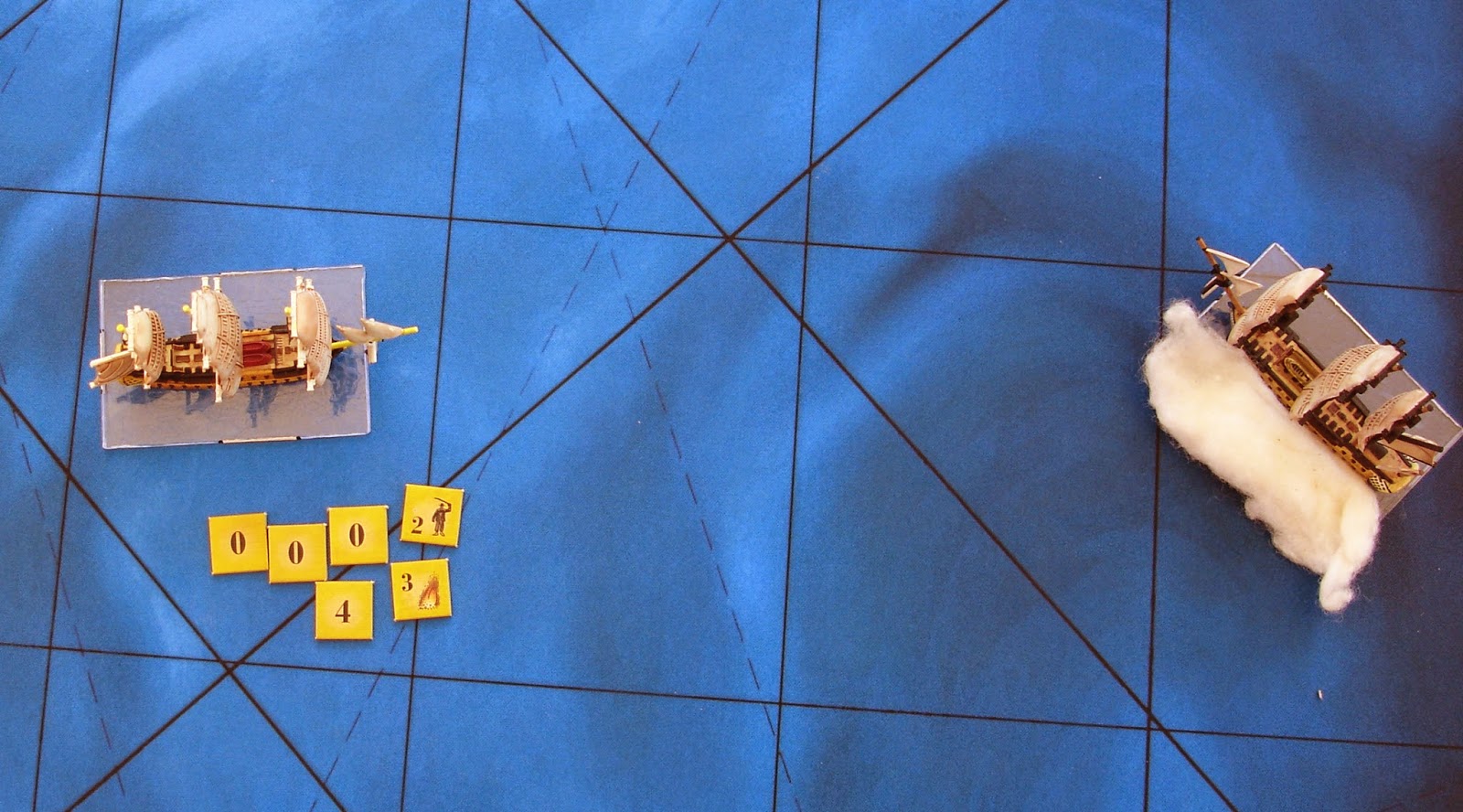 However Genereux later got a bow rake on HMS Vanguard and a fire broke out. 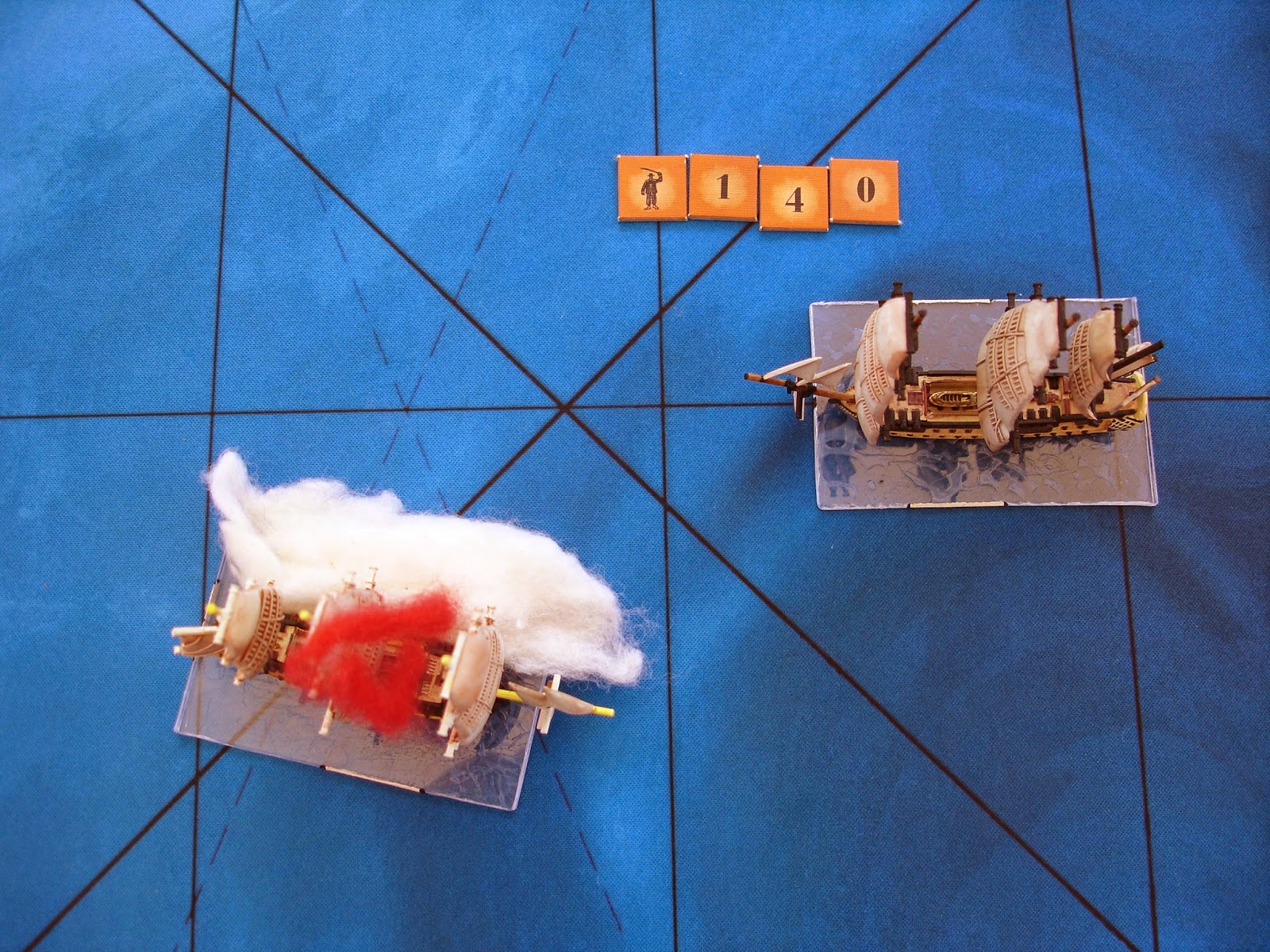 The HMS Vanguard gets a weak shot back. 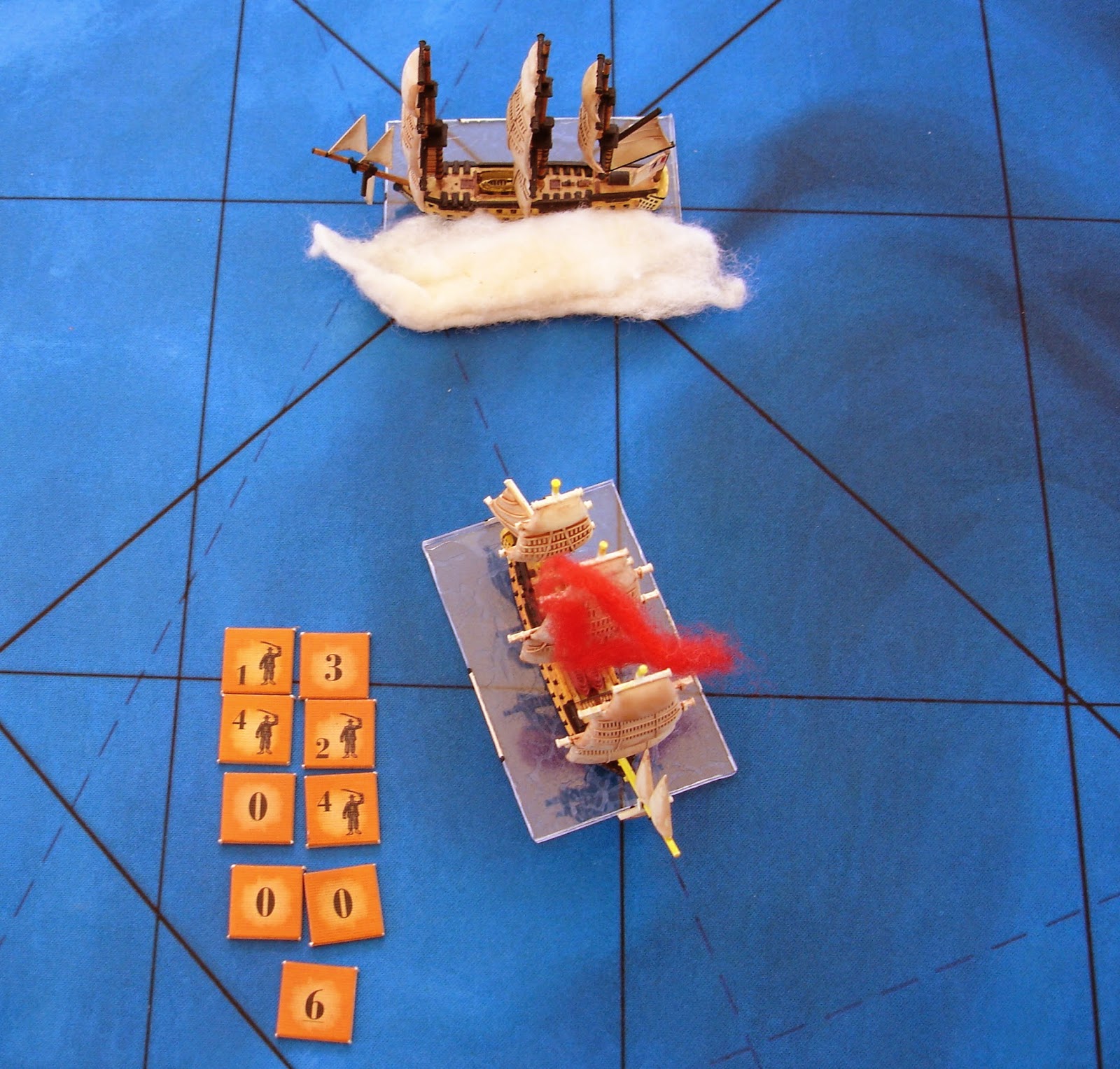 A stern rake takes the hapless HMS Vanguard to almost maximum damage and at this stage it breaks off combat and heads for home and court martial. 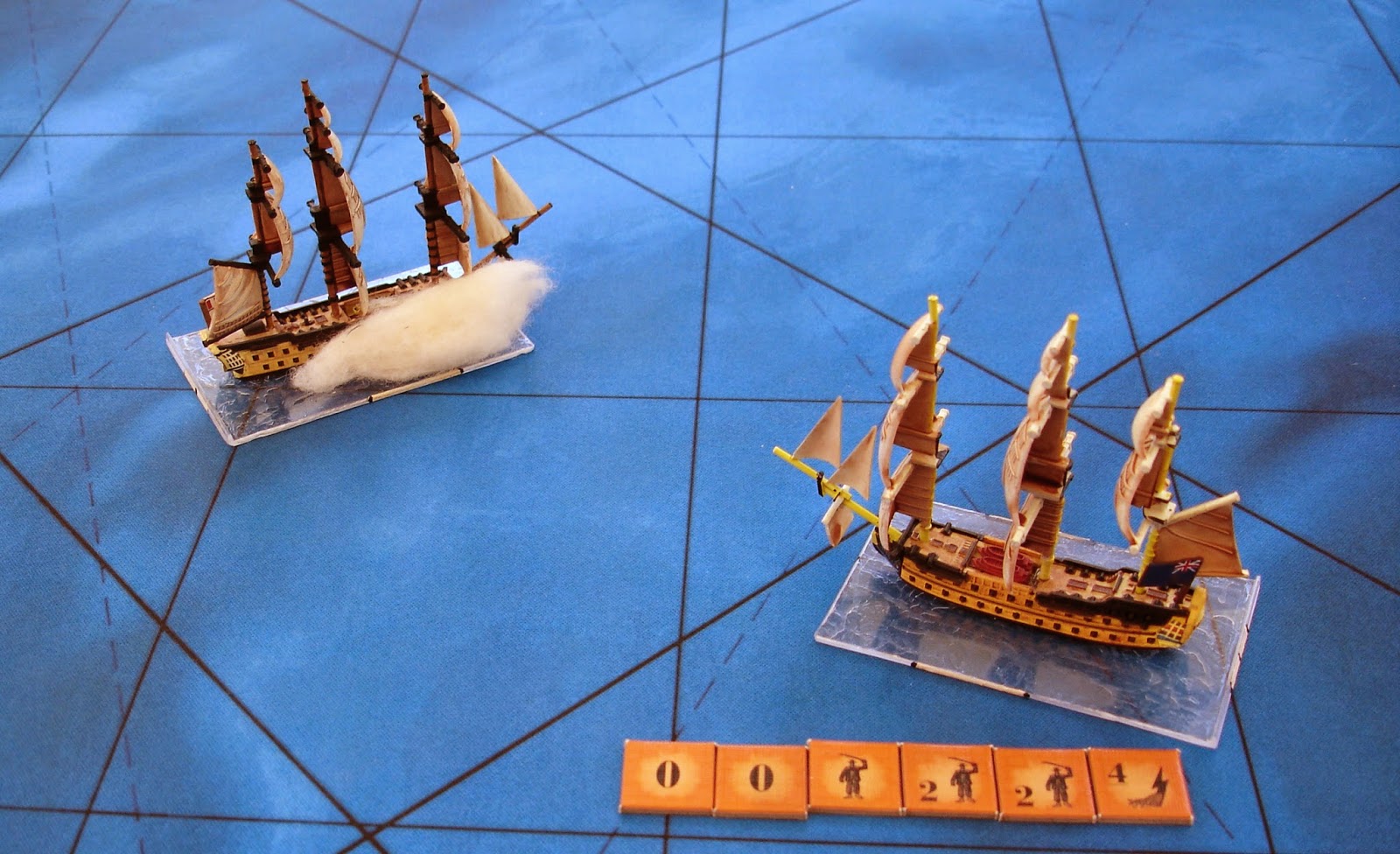 We had time for another go.  Surely my sailing would be better this time? Apparently not... 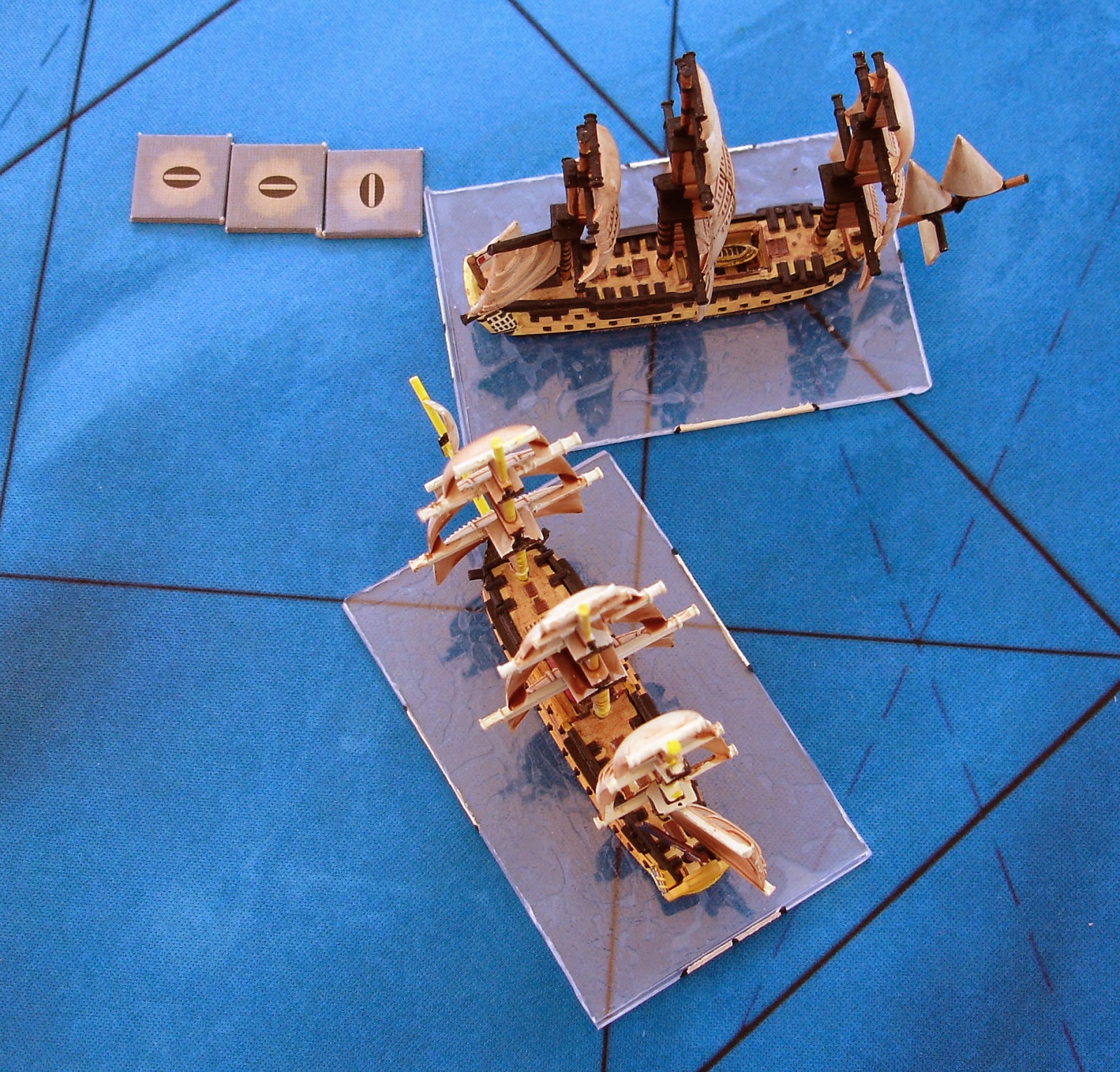 This time Mark had the Aquilon and I had HMS Defence.  A botched crew instruction had my gunners firing muskets rather than the main armament.  Doh! 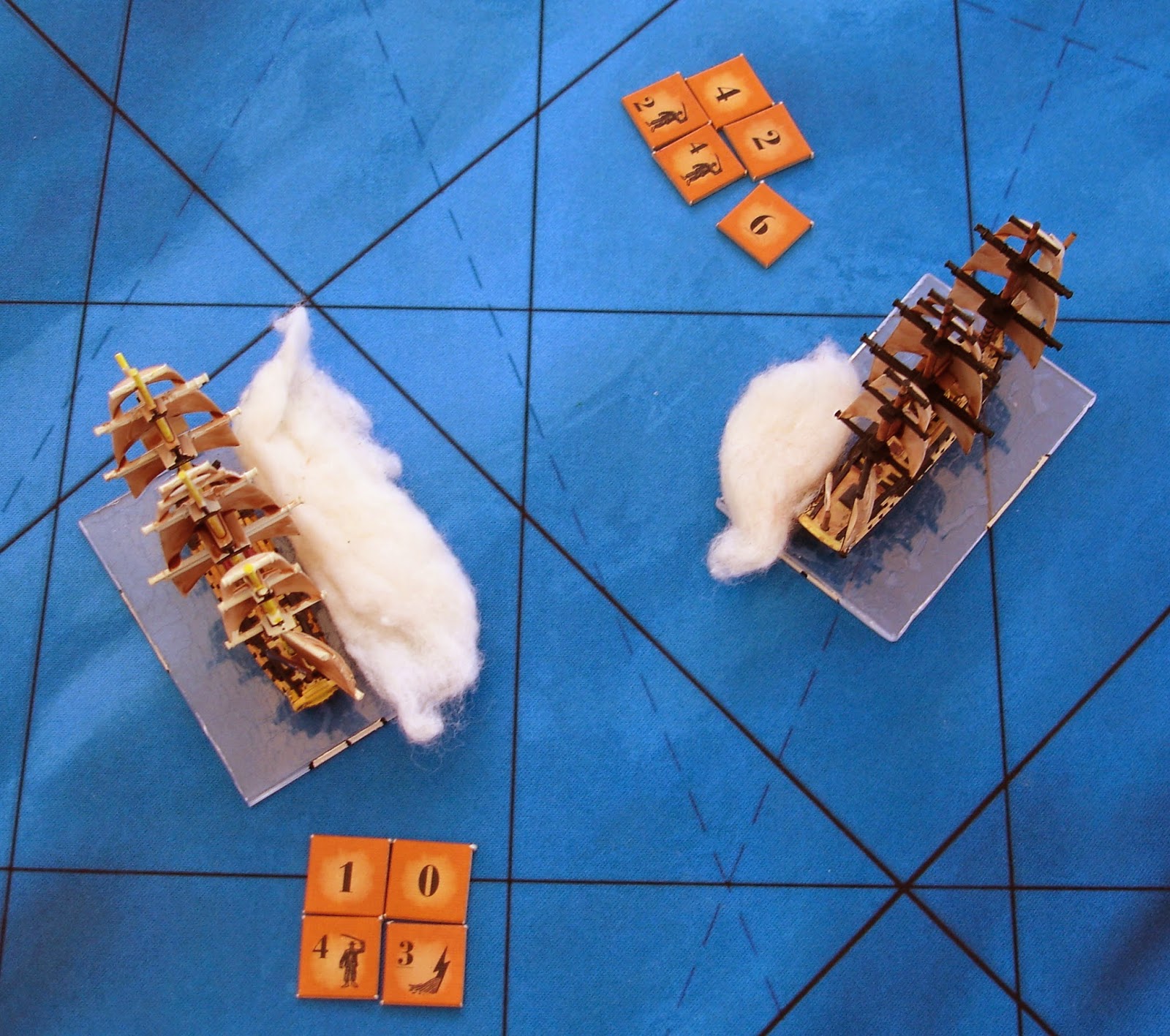 Blasting away and the HMS Defence springs a leak. 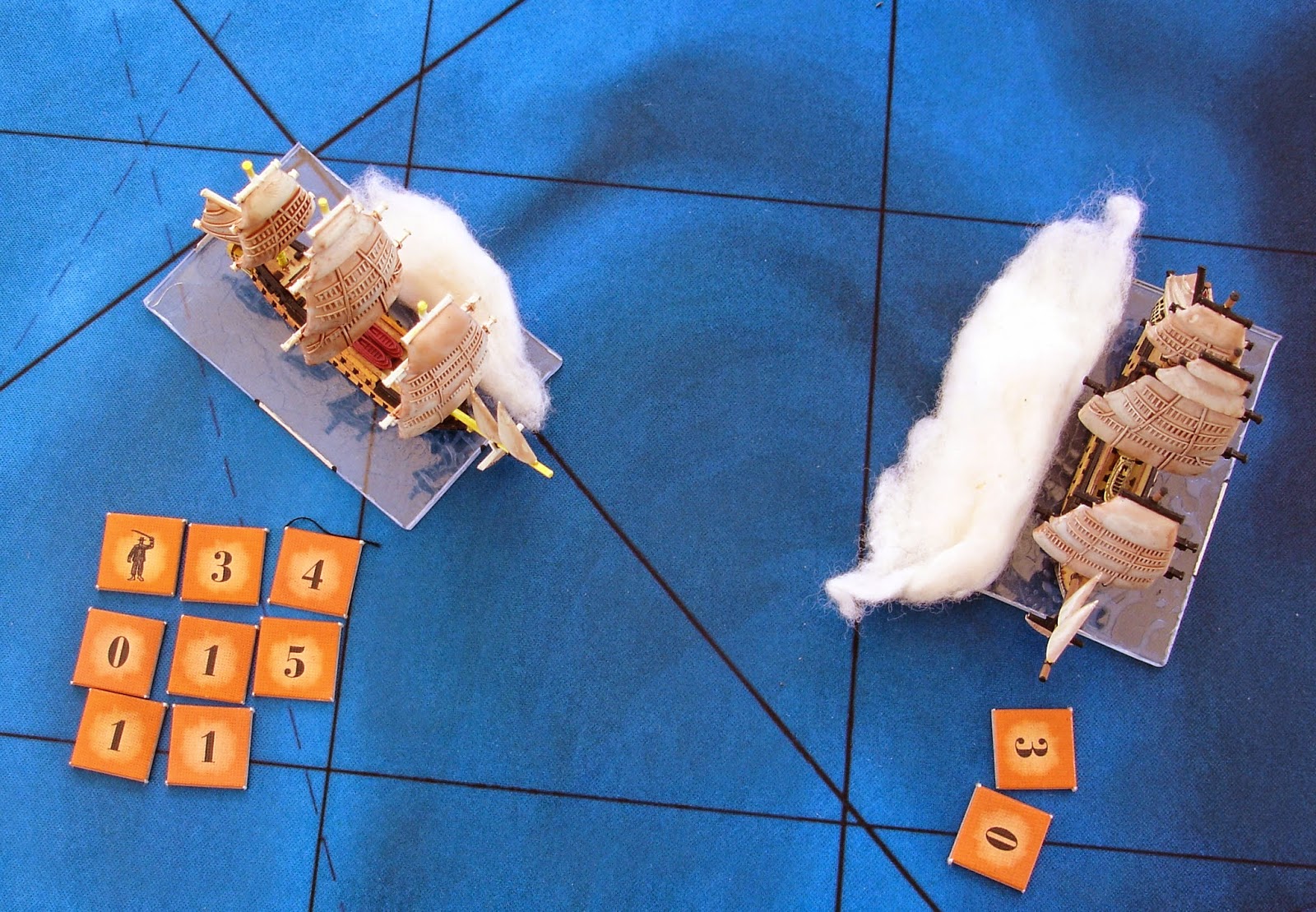 There was another round of combat that saw the HMS Defence take another two leaks and then this was the final blow.  The ship was filling up with water faster than water could be pumped and leaks repaired.  Down it went.