Last night at the club we had what was to have been a four player, but was reduced to a three player game of Sails of Glory due to work commitments.  So it goes.

After the bomber game last week we wanted to get the big boats out.  I ran the Imperial and the Genereux while Stephen N took command of HMS Royal George and Greg commanded HMS Hibernia.

Slowly the ships came into focus (or out of focus).  I've been wanting to try and do a gif for a while and was amazed how easy it is with imgflip.com once you've got your material. 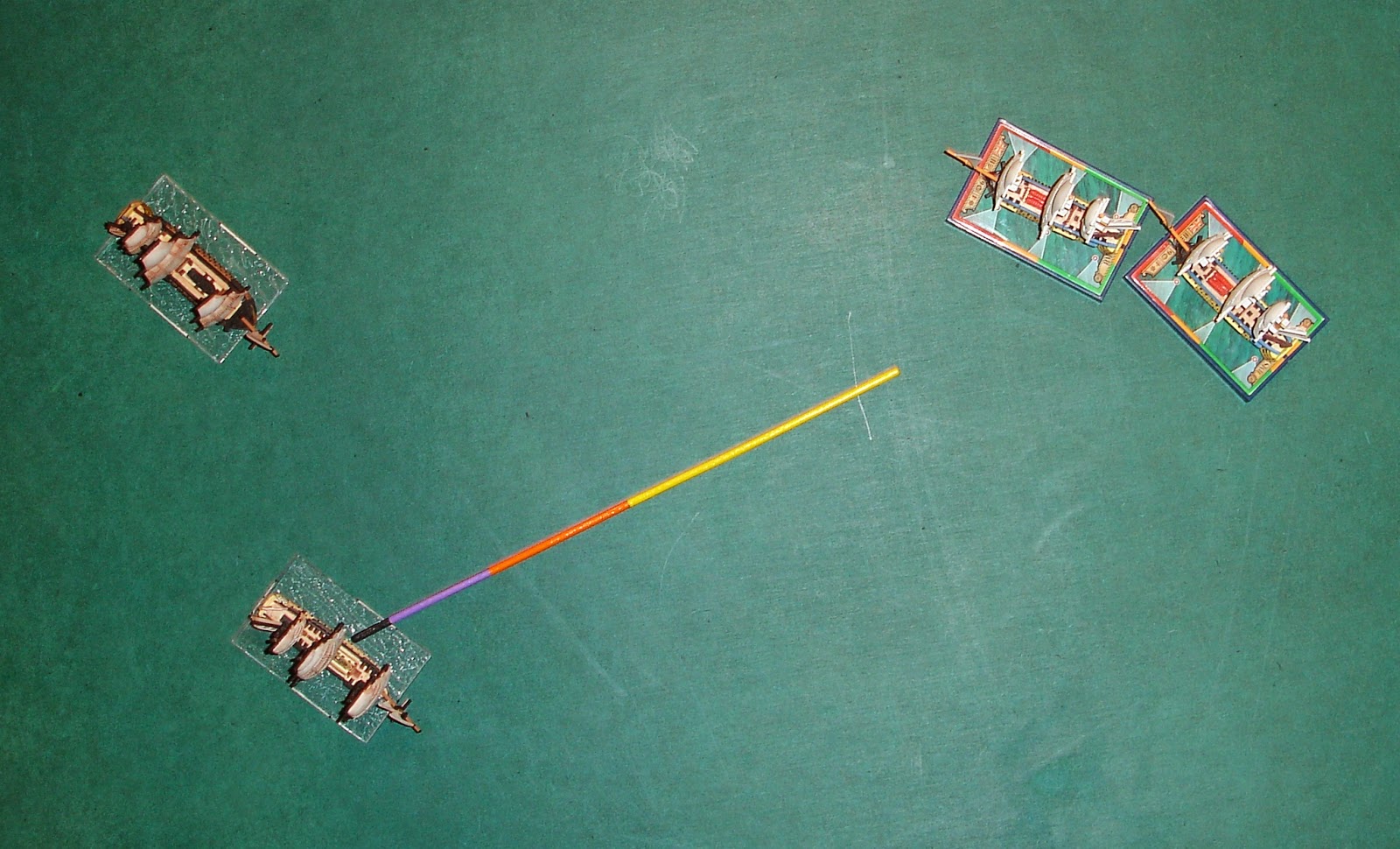 The British ships crowded together as the Genereux tried to get the range. 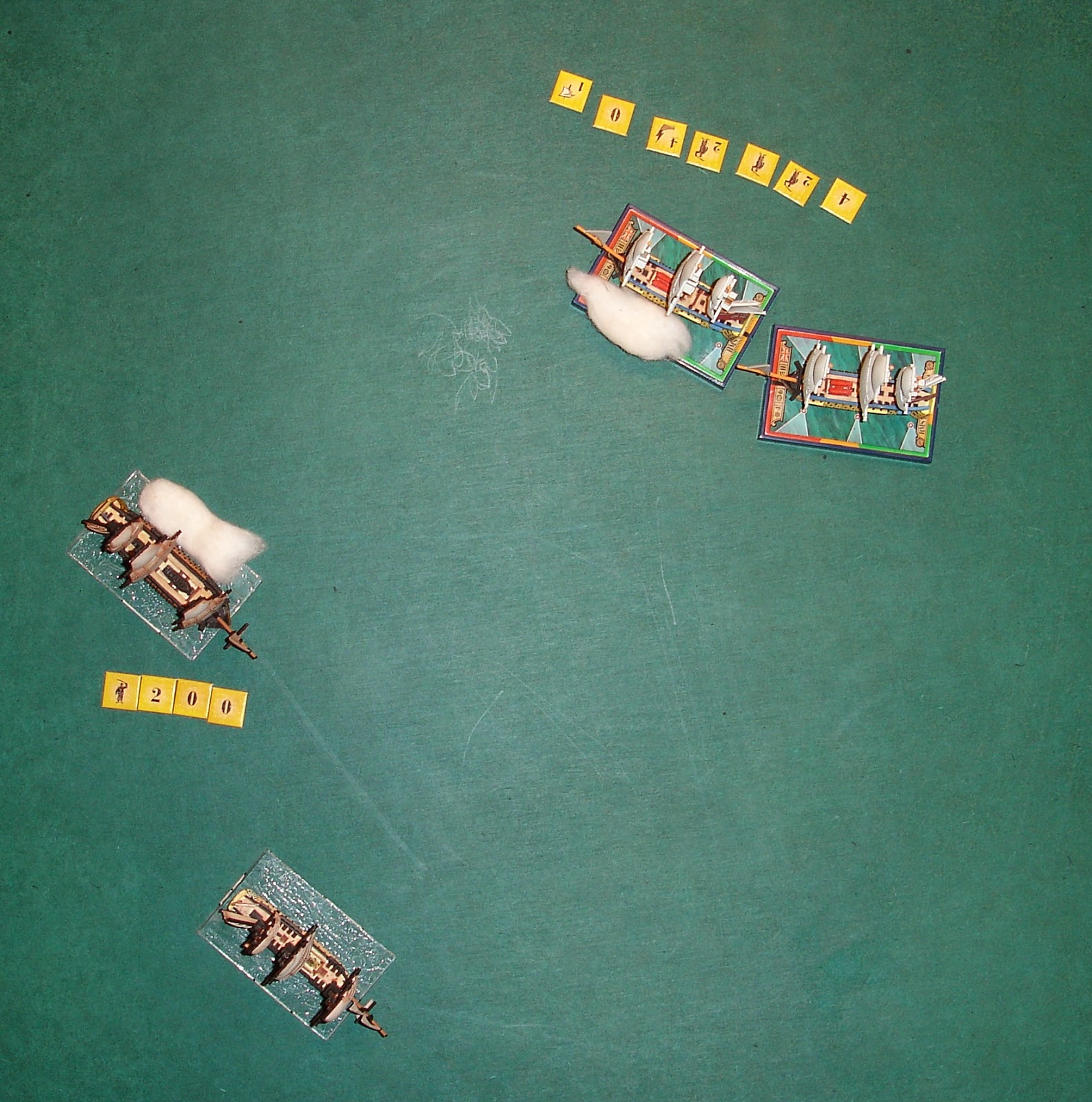 The Imperial gets the better of HMS Hibernia. 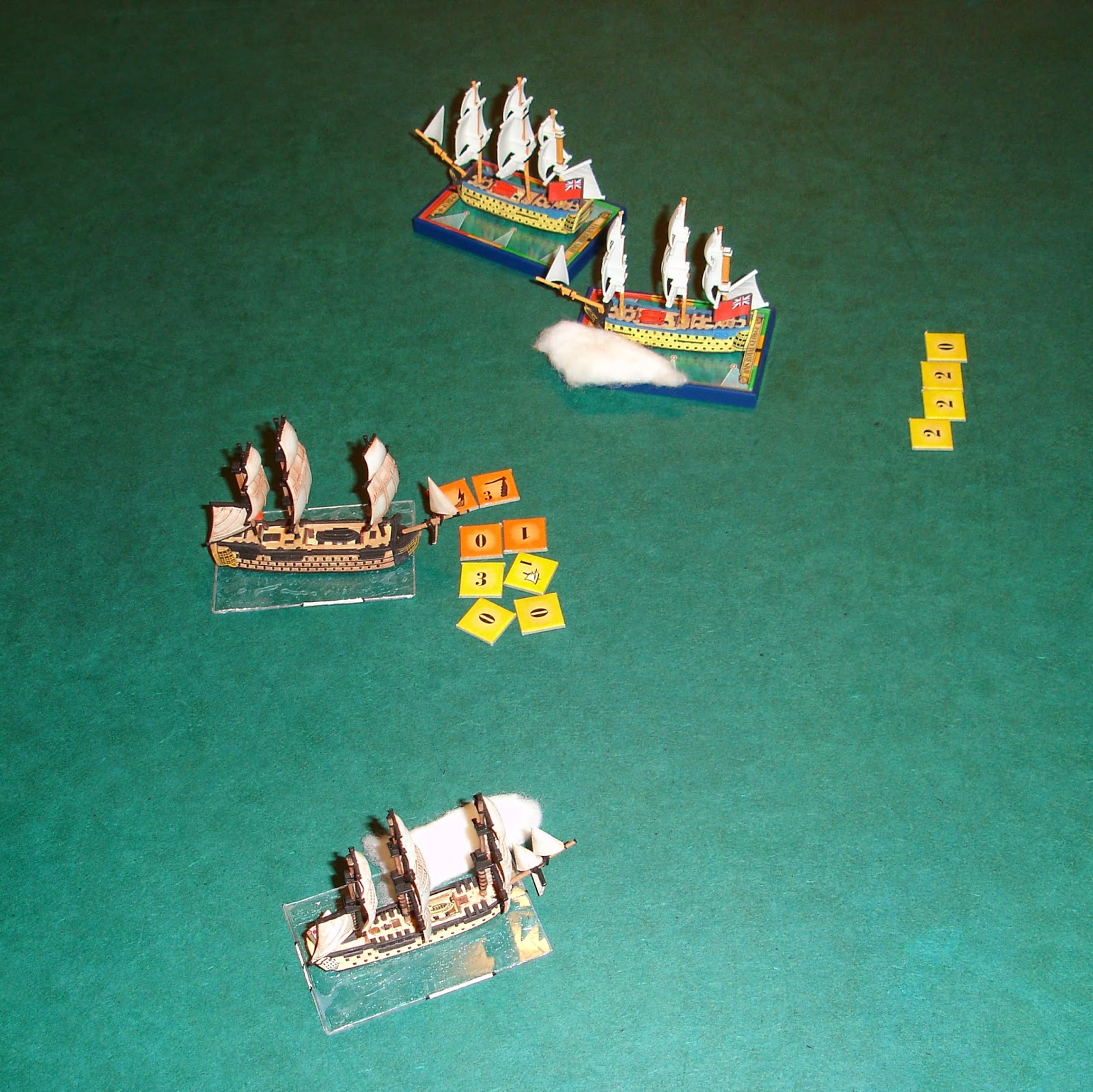 But HMS Royal George lets Imperial have it with double shot.  Genereux gets in a long range shot this time as she turns towards the foe. 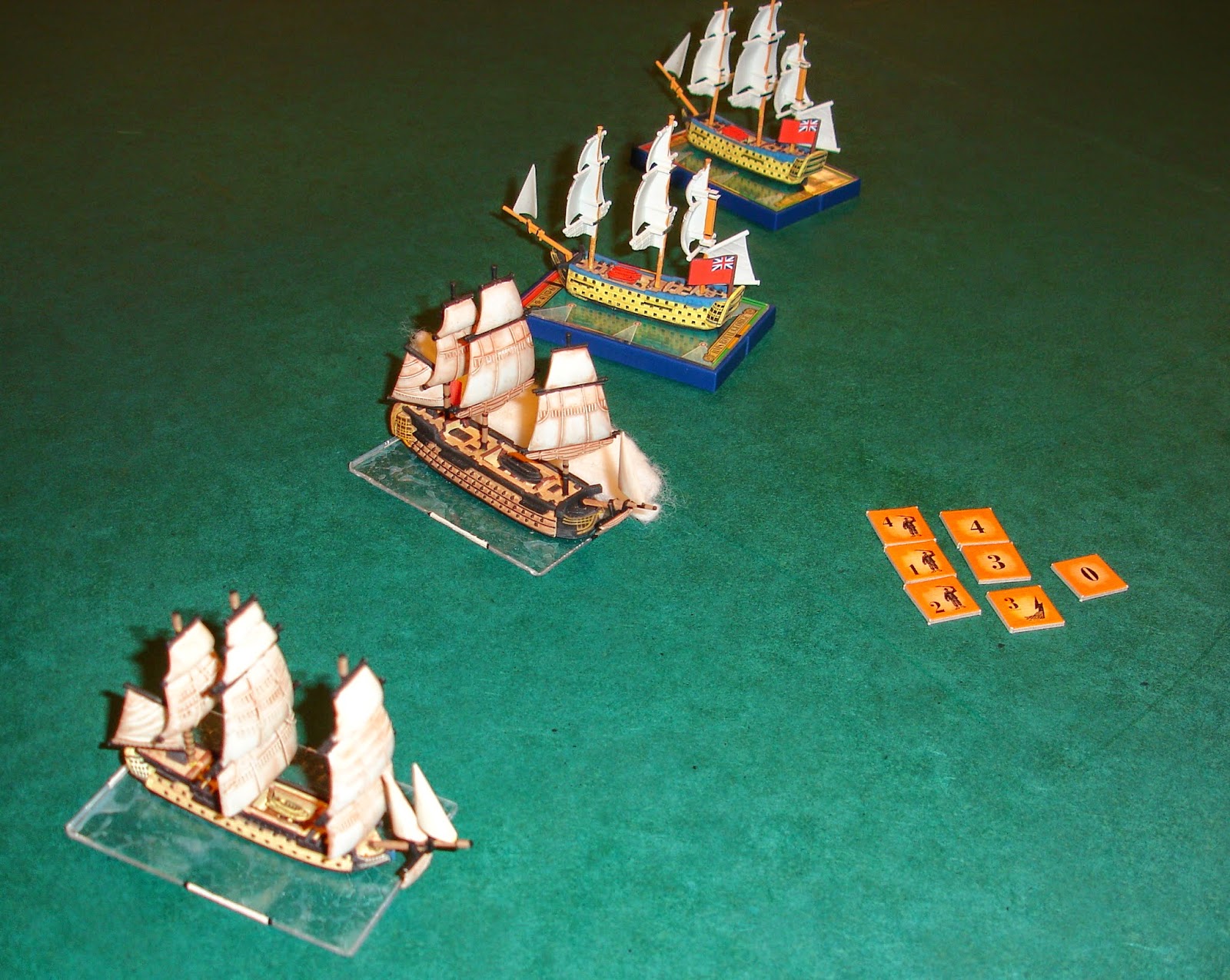 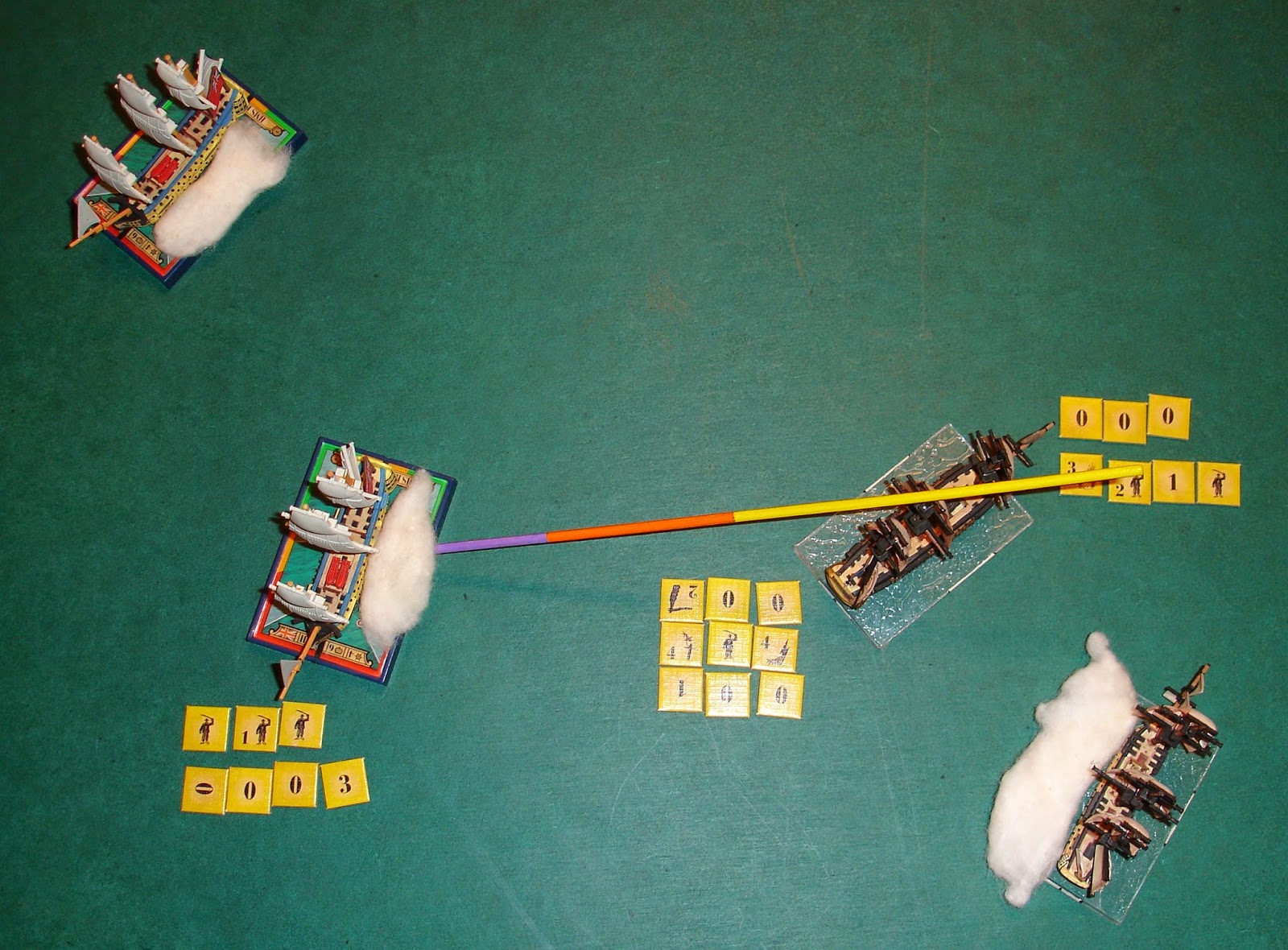 But the British are soon back at it, hammering the Imperial and causing critical damage to her masts. The second rudder damage manifests as additional mast damage.  While still a strong ship the Imperial was going to be hard to control from now on.  The Genereux keeps up the pressure on the HMS Royal George which has now lost considerable crew. 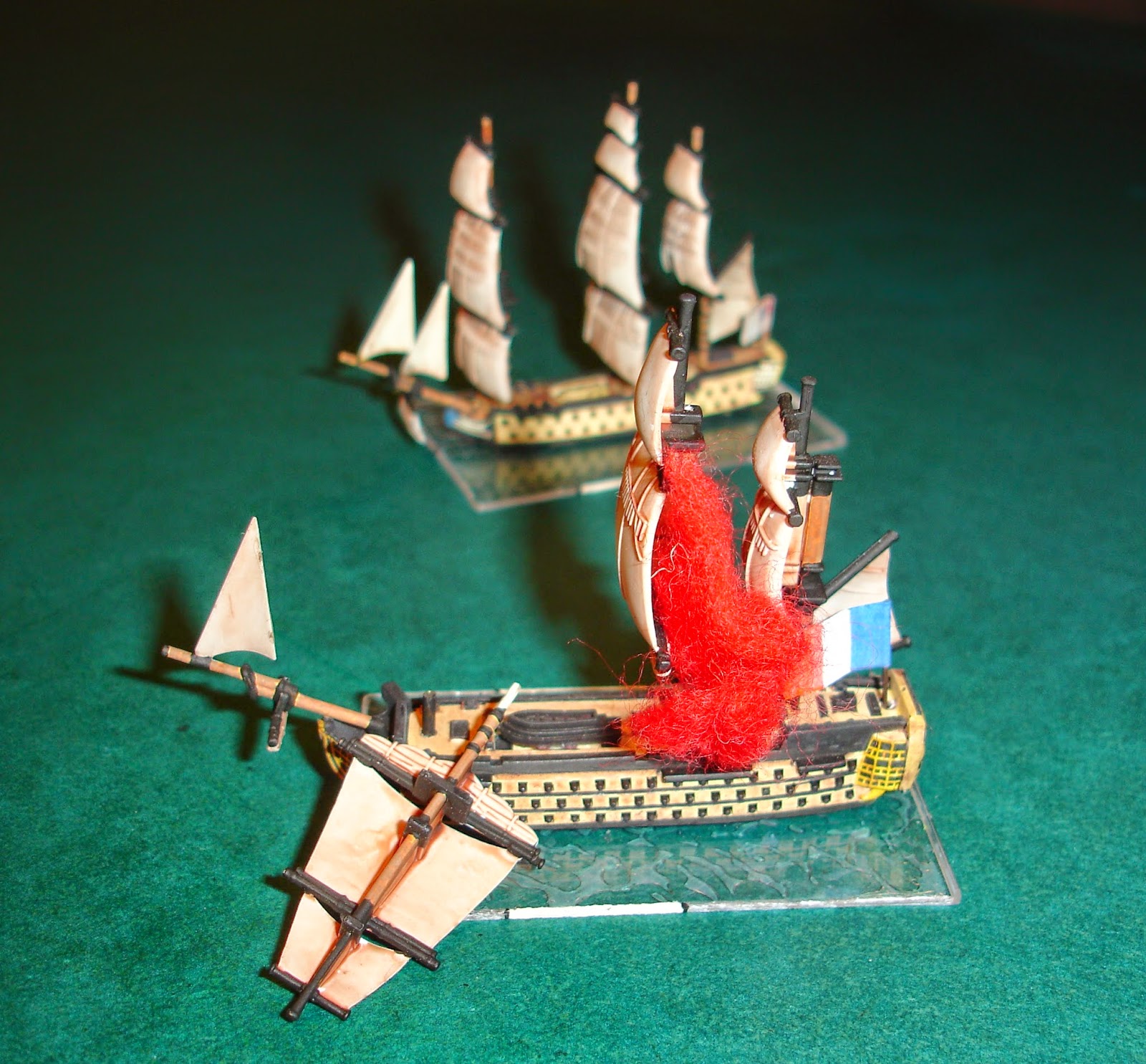 The damaged Imperial.
Finally I get to us the special feature of my boat, not that I really want to.  I really should make some better flame markers. 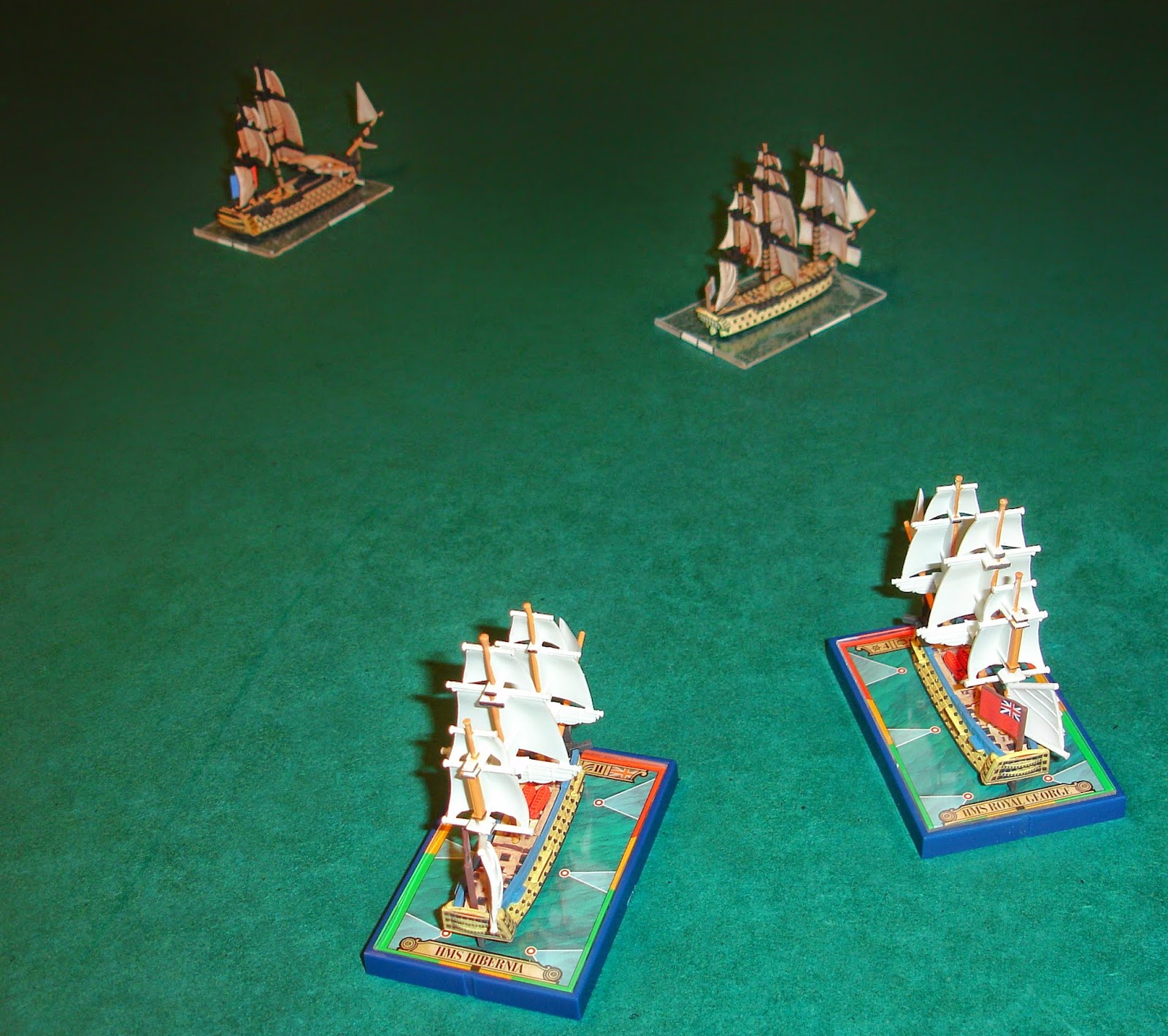 The British ships see their prey slipping away and give chase. 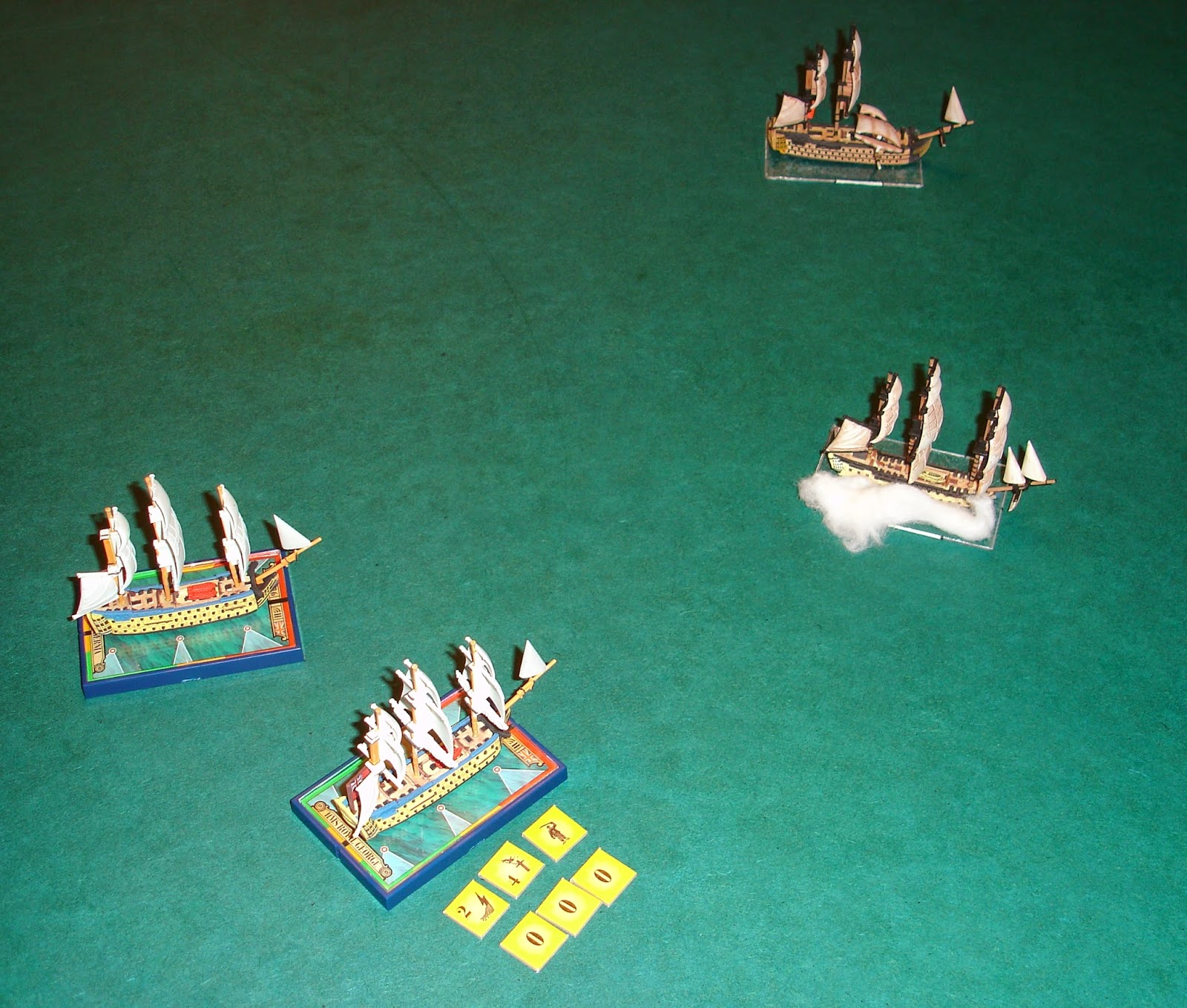 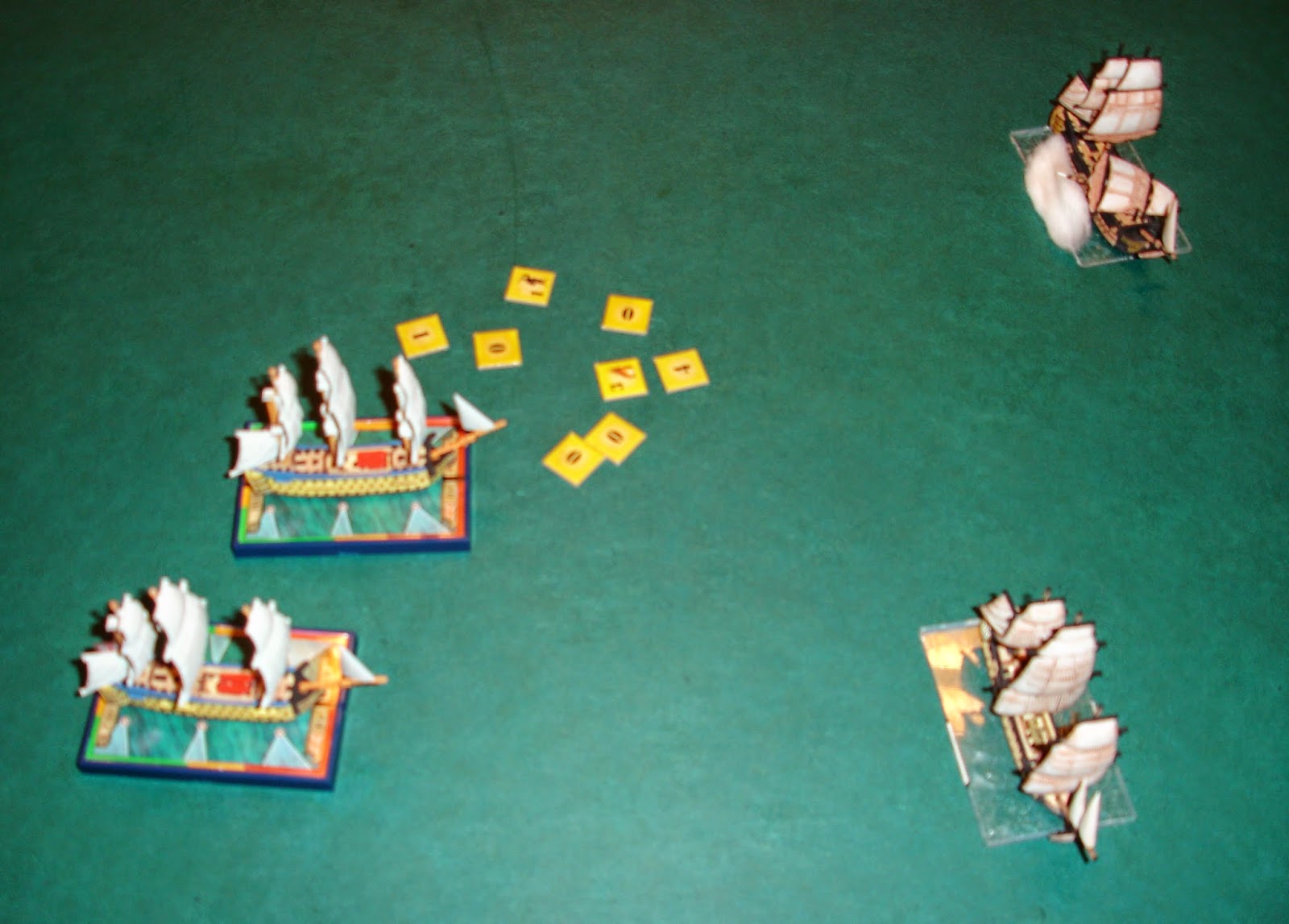 The Imperial manages to turn, now running with the wind and blasts HMS Hibernia. 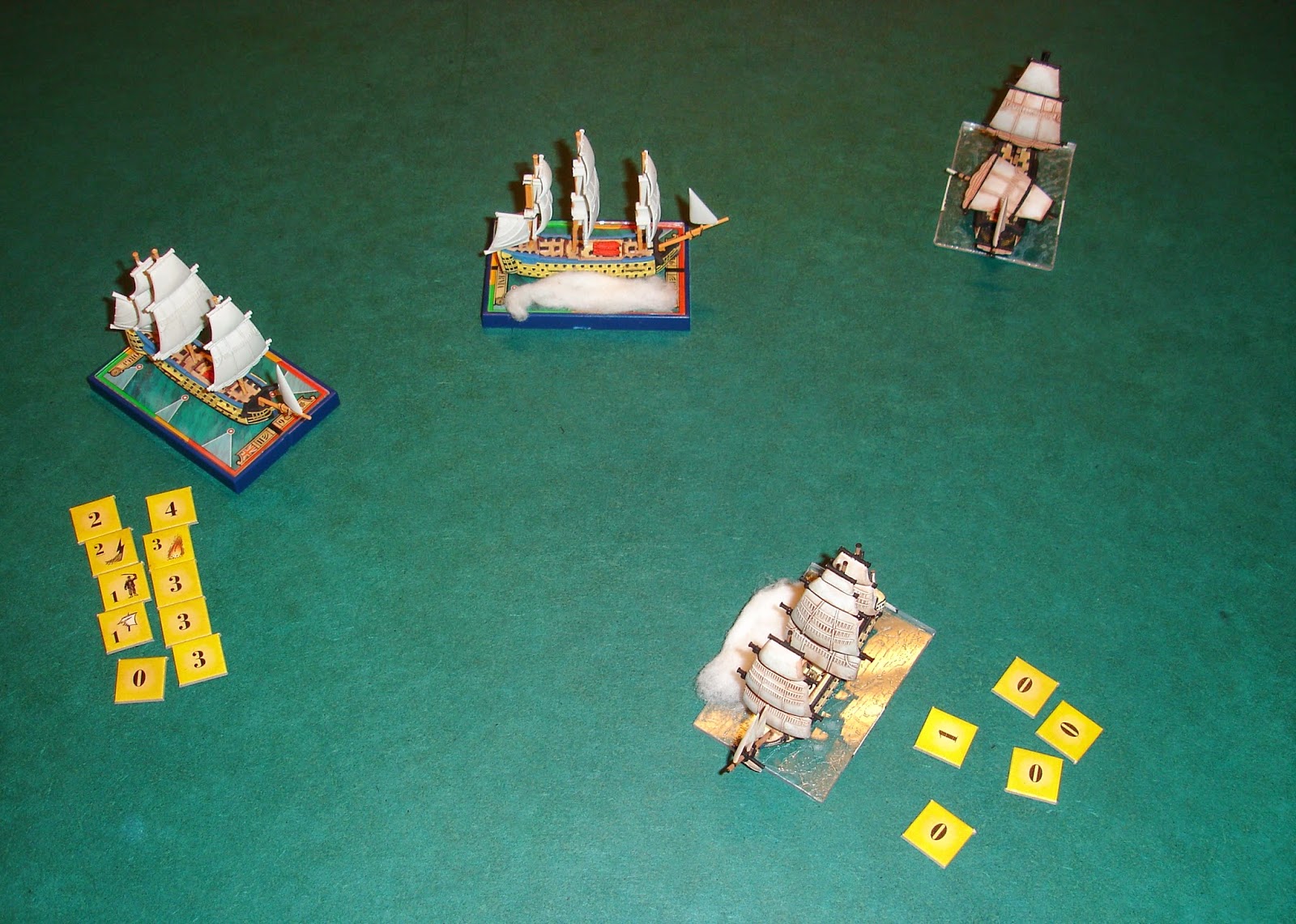 HMS Hibernia ineffectually fires on the Genereux.  However the Genereux lands a host of shots on the HMS Royal George.

Leaks and fires are never a good thing and the HMS Royal George goes down sizzling into the ocean. 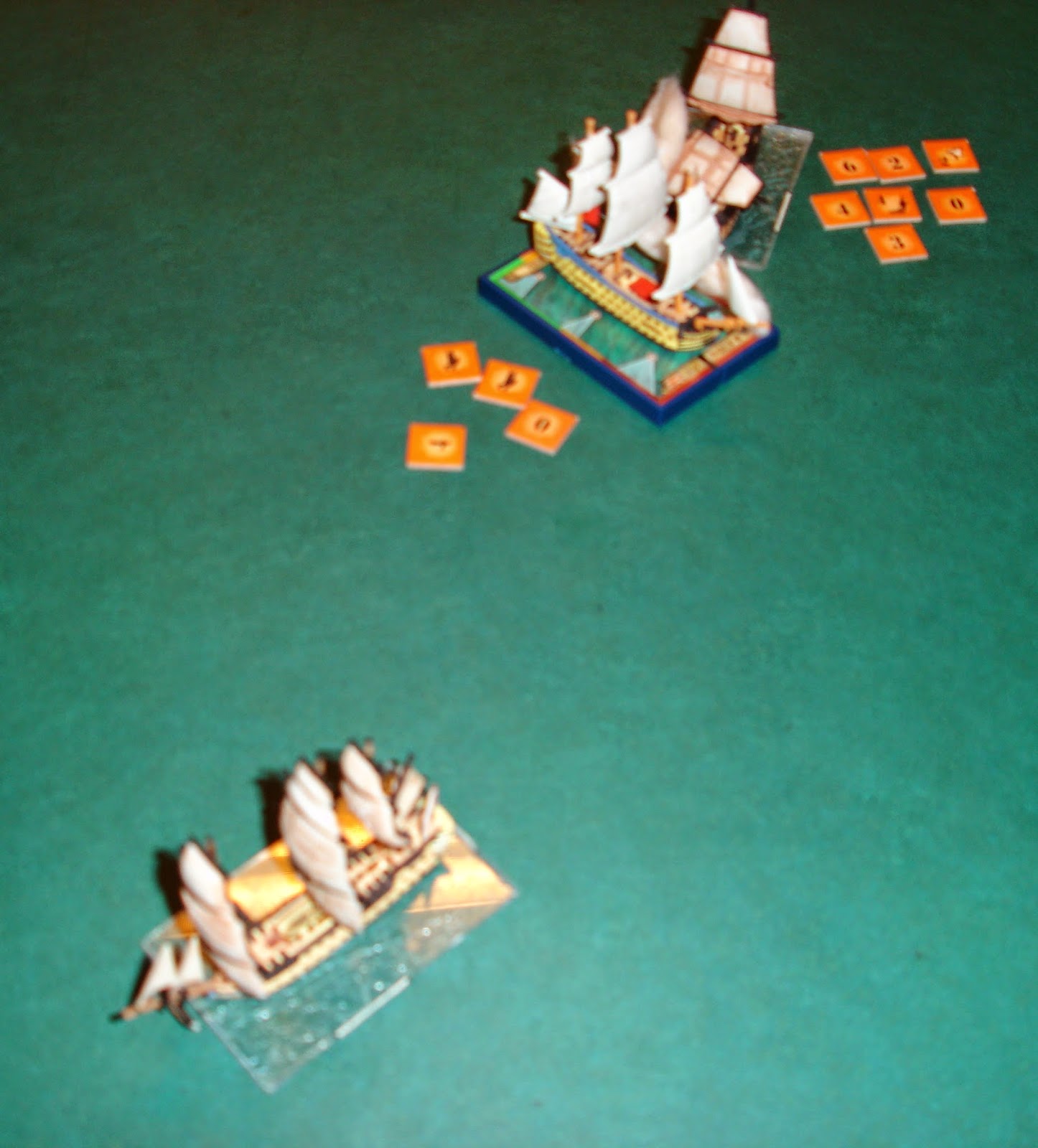 The out of control Imperial crashes into HMS Hibernia.  The damage is from broadsides, not the collision which has just left the ships entangled. 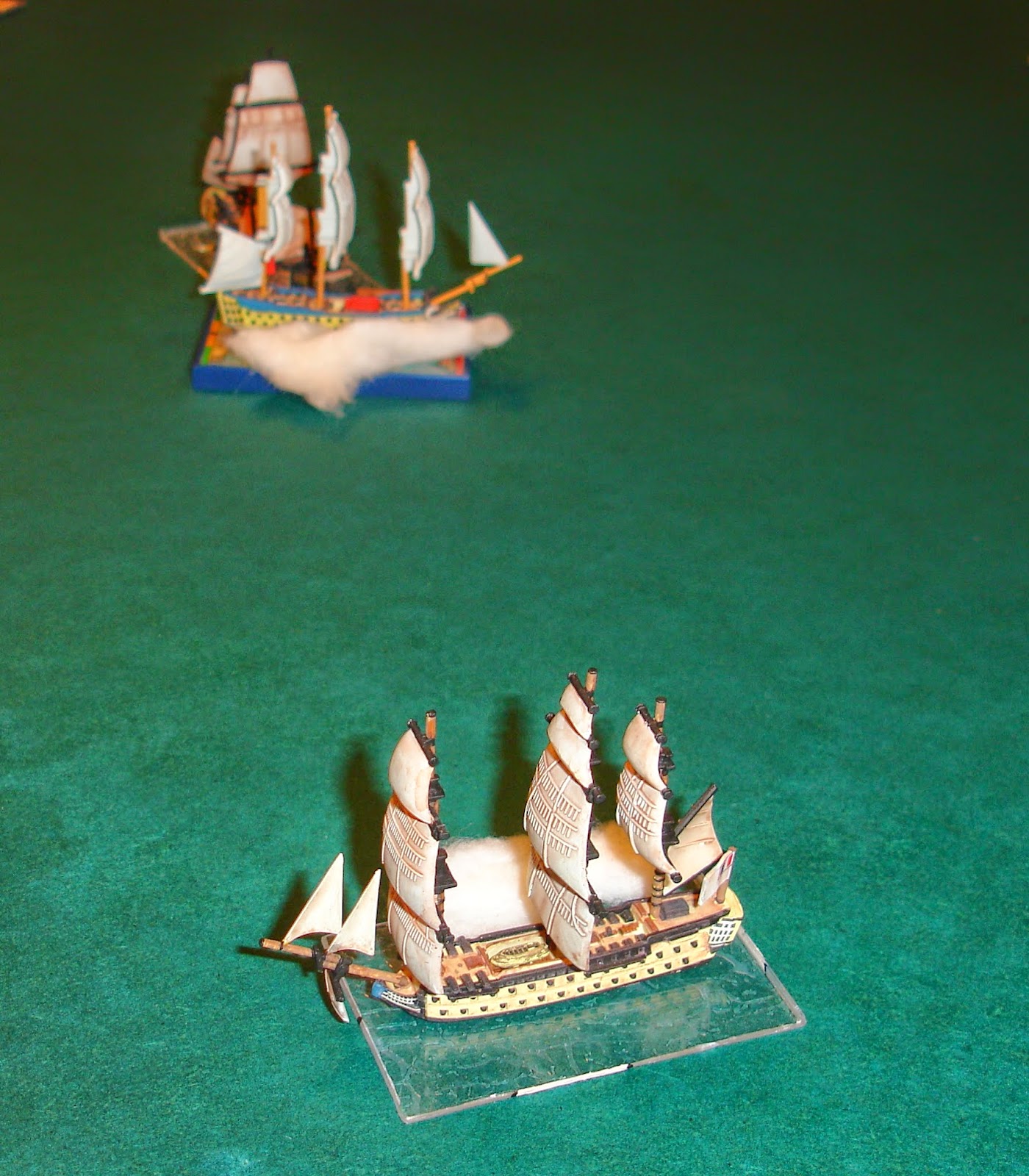 The HMS Hibernia gets off a final broadside before striking.

Phew.  What an exhausting battle.  We were using the Wilson Family House Rules that make for a slightly less taxing game in that repairs are managed in a single turn.  We still managed to just about run out of A damage chits.