Another one from Paul Foster's blog, http://plasticwarriors.blogspot.com.au/2015/01/model-mystery-monday_26.html 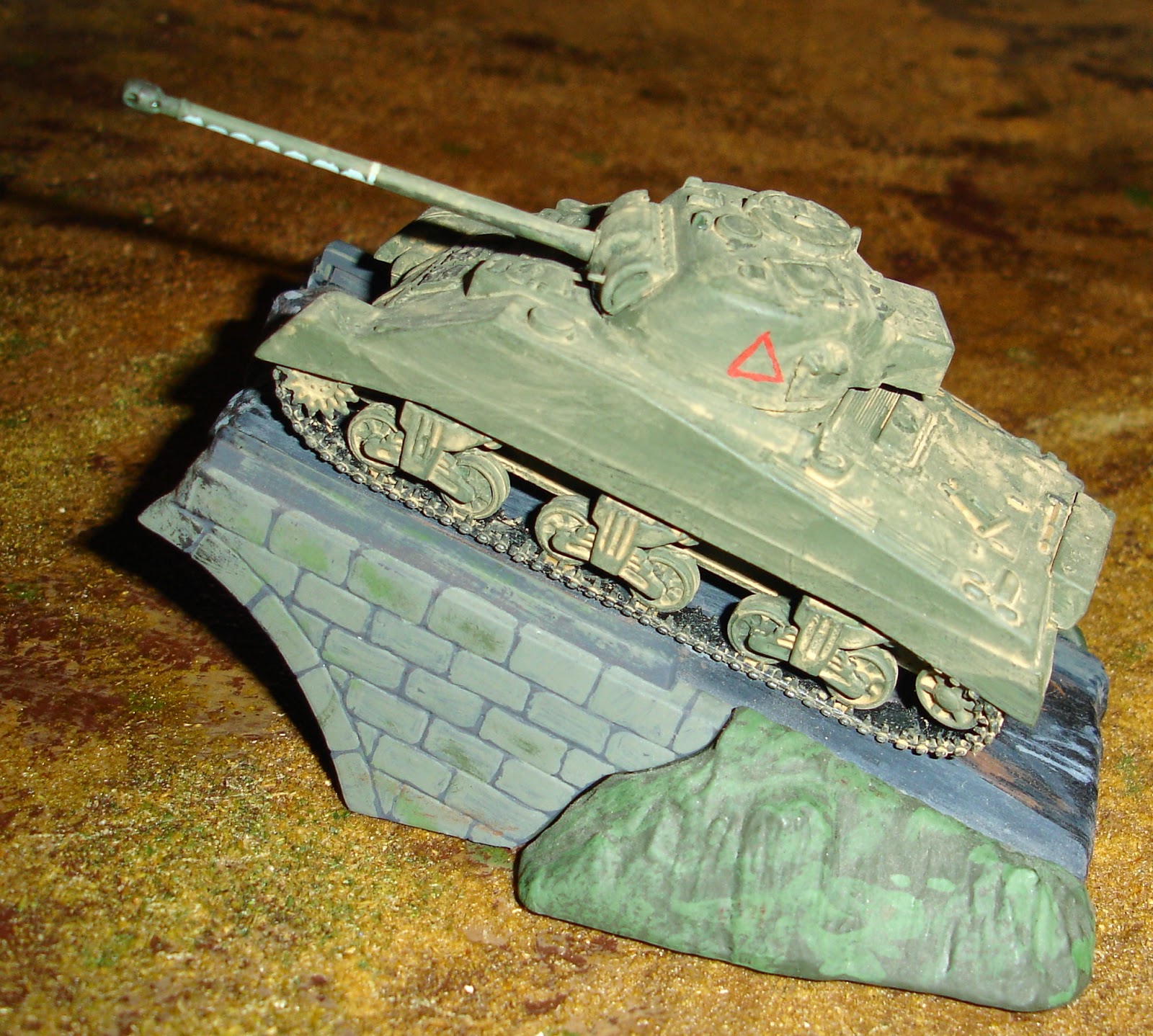 As per the kit only with hand painted insignia. 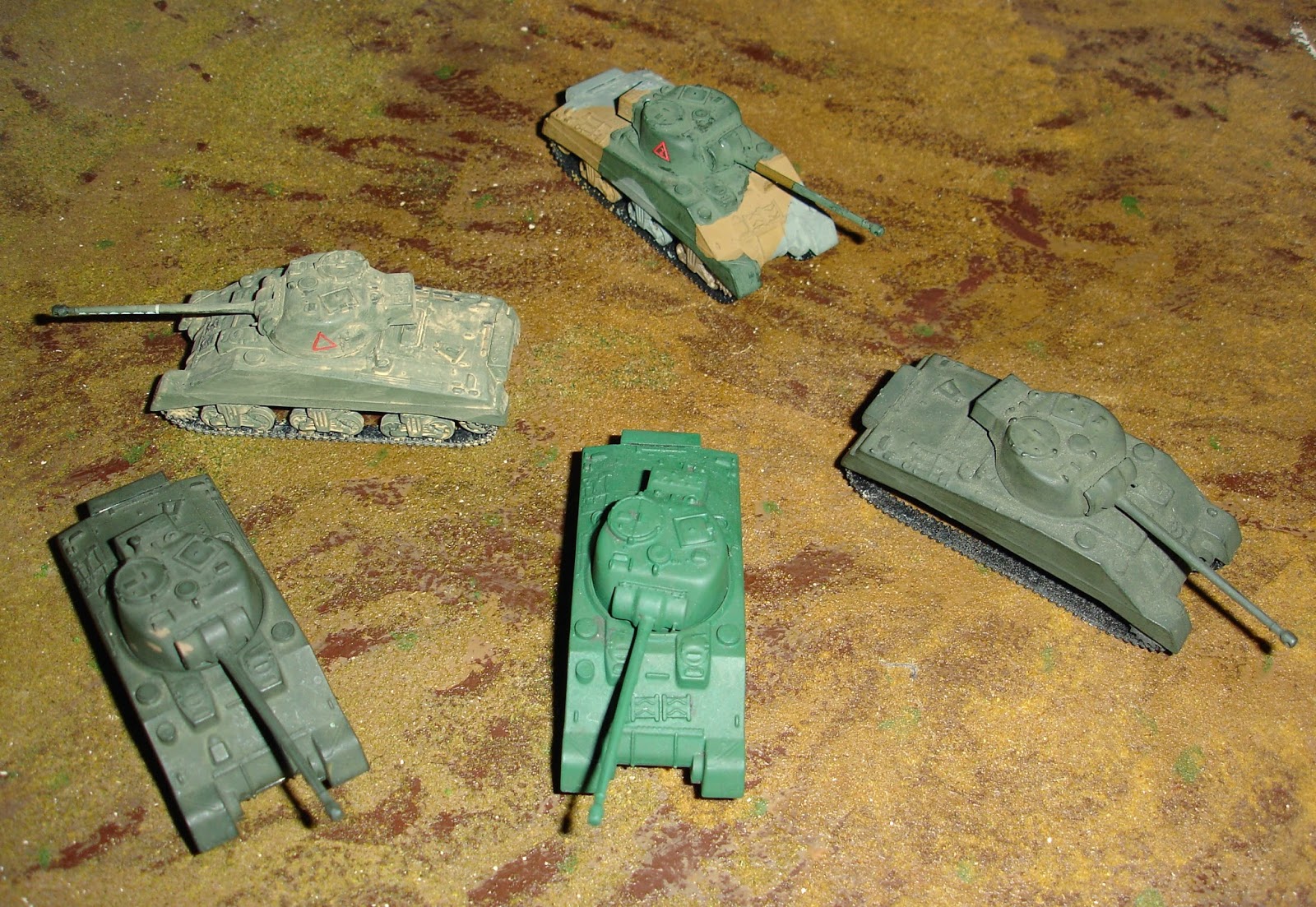 Sometime in the 1980s or early 1990s I picked up a heap of 1/72nd scale stuff, so I now have five Fireflies in various states of repair/painting. 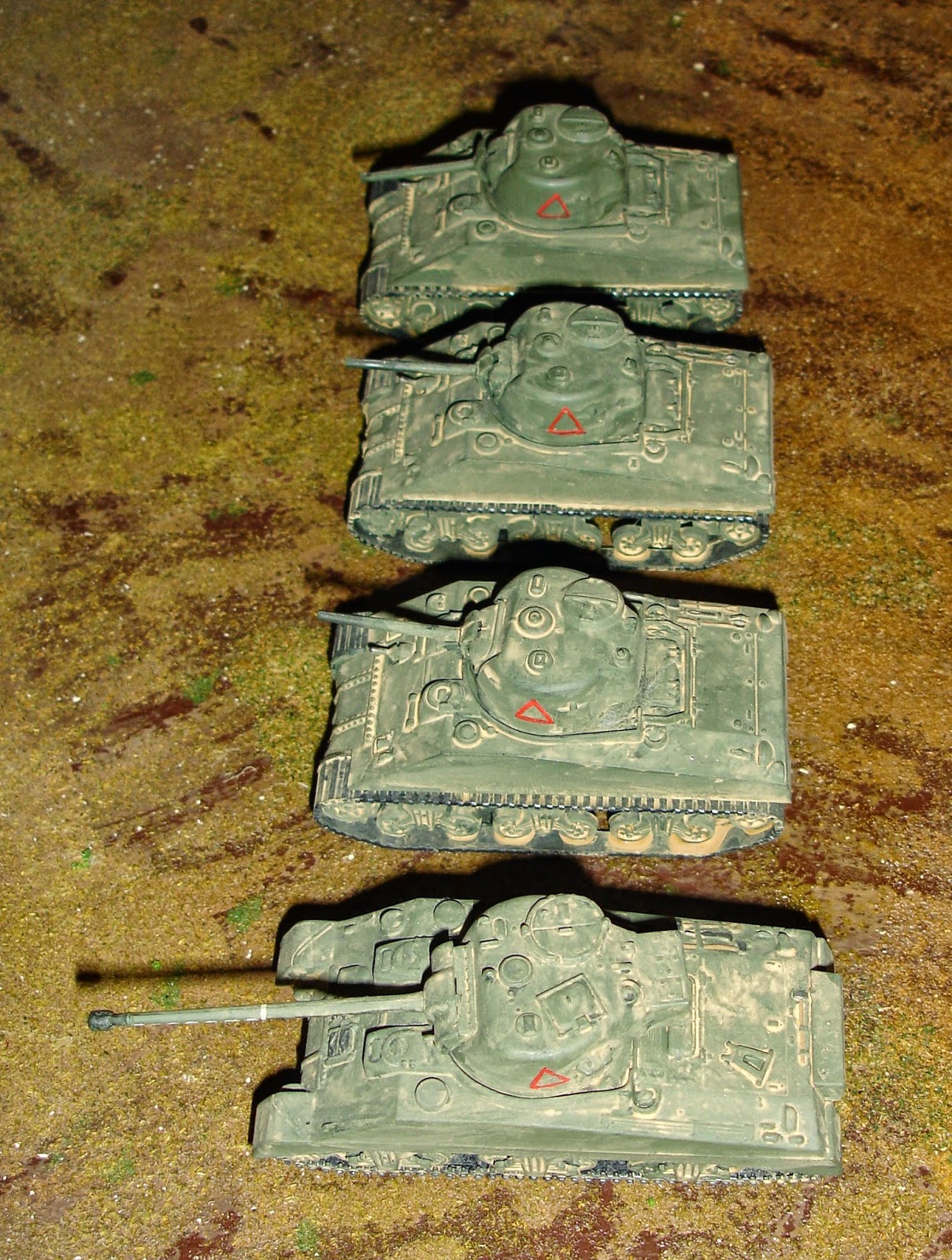 I also picked up a lot of standard Shermans and this is one completed squadron. 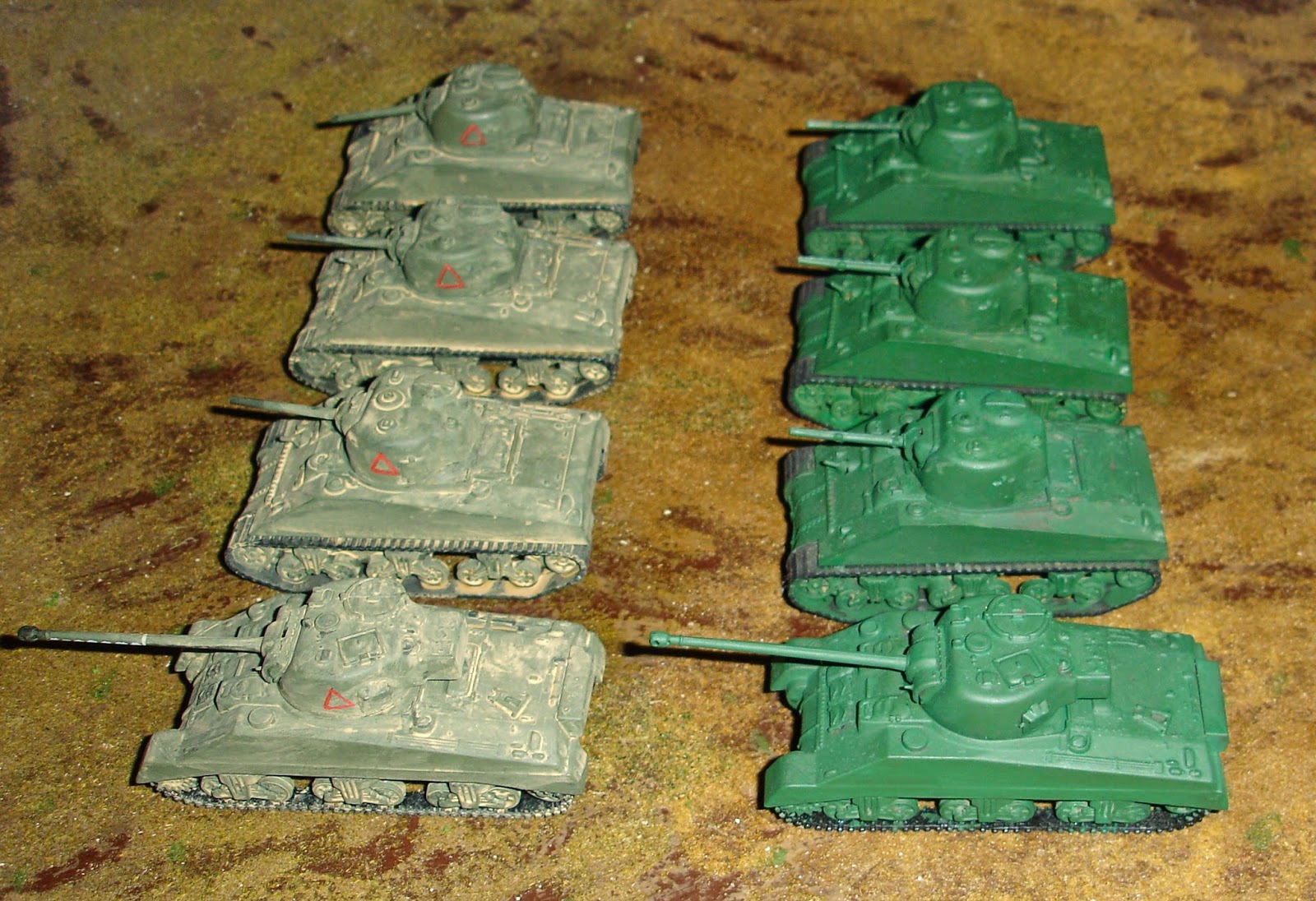 I started to add a second squadron but had a disaster with the paint. 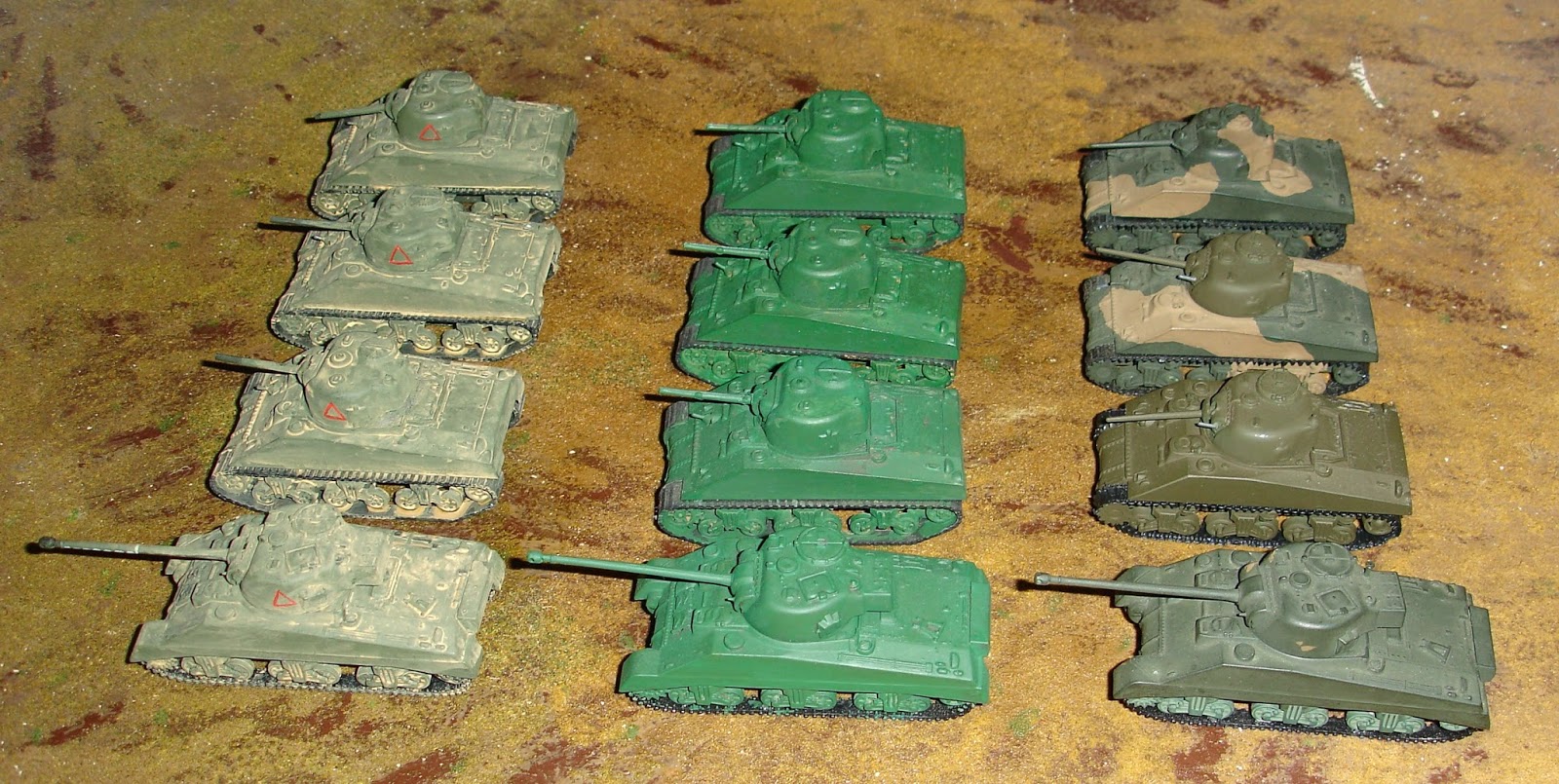 And there is enough for a third squadron too.

Went the paint didn't go as expected I was also hit with a bit of self doubt: what was I doing?

Not sure what rules I was thinking of, could have been Command Decision or Spearhead.  Anyway, Paul's mystery model gave me an excuse to get them out and feature them in a post.