This had been a vision for a while and last night at the club saw it come into existence.  We had four players and everyone had some models in the game.  Three of the four B17s came from Stephen N's collection and he took on the role of bomber formation pilot.  Mark B contributed the fourth B17 and the two Mustangs and took the role of bomber escort.

Stephen provided two FW190s and Greg added one of his own and I brought in mine and together we each had a pair of bandits attempting to wreak revenge on the departing bombers.

We jut used the standard rules (so no altitude, acceleration etc, as well as no collisions - you have to go to advanced flying school before you can collide with friend or foe). 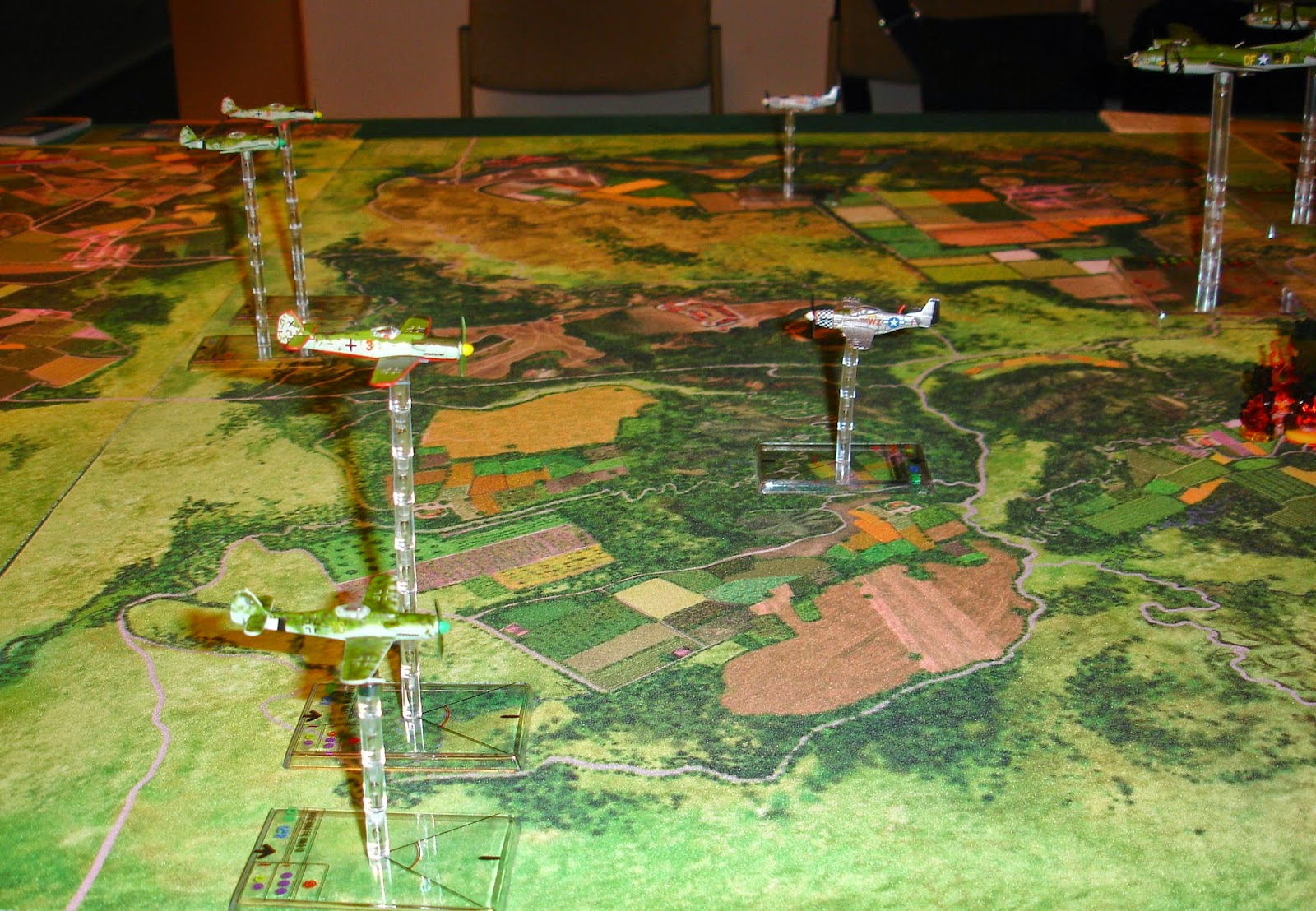 The Focke Wulfs come head on. 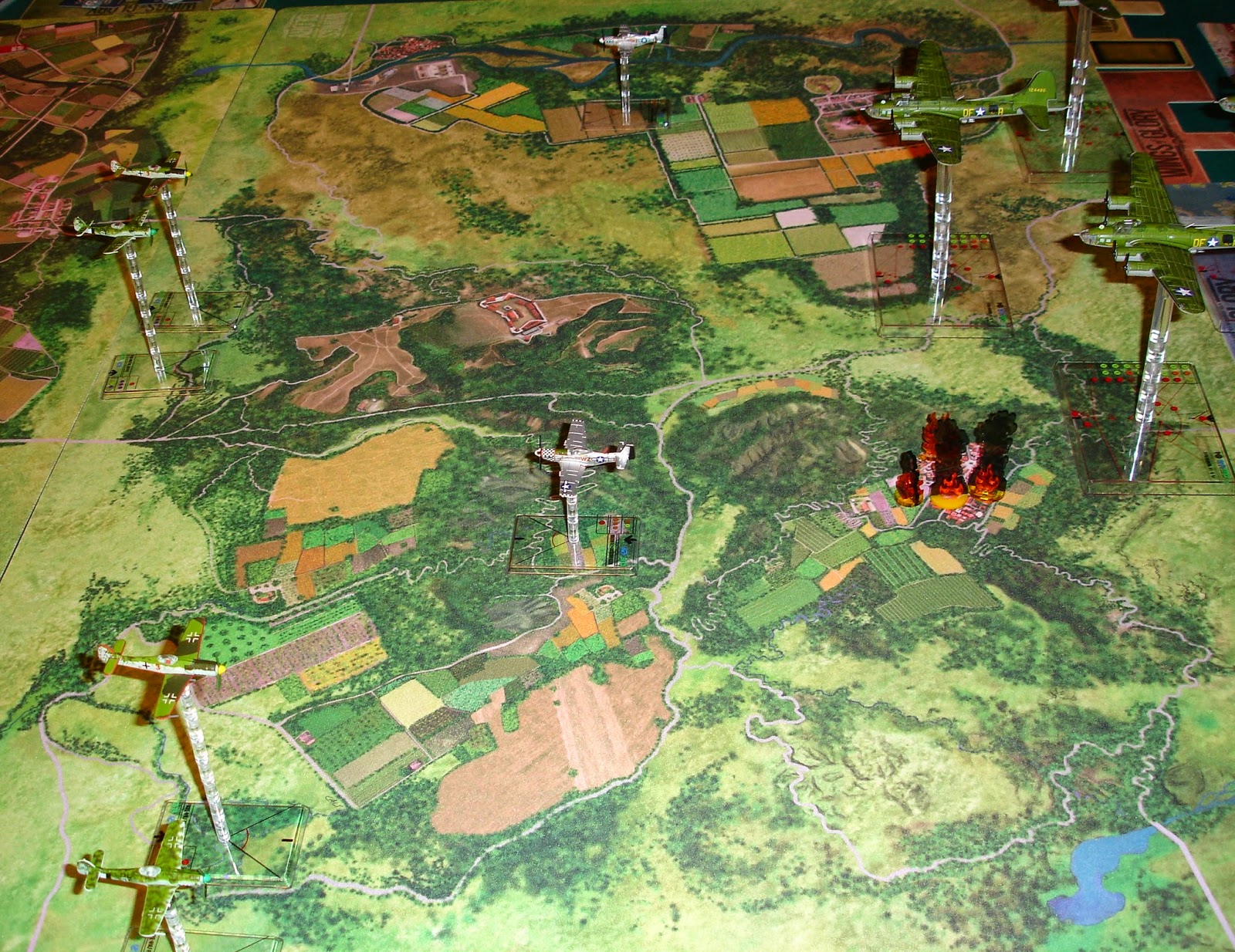 Aerial photography was having trouble getting in the full glory of the B17s, but the burning bomb site was a clear indication of their deadly work. 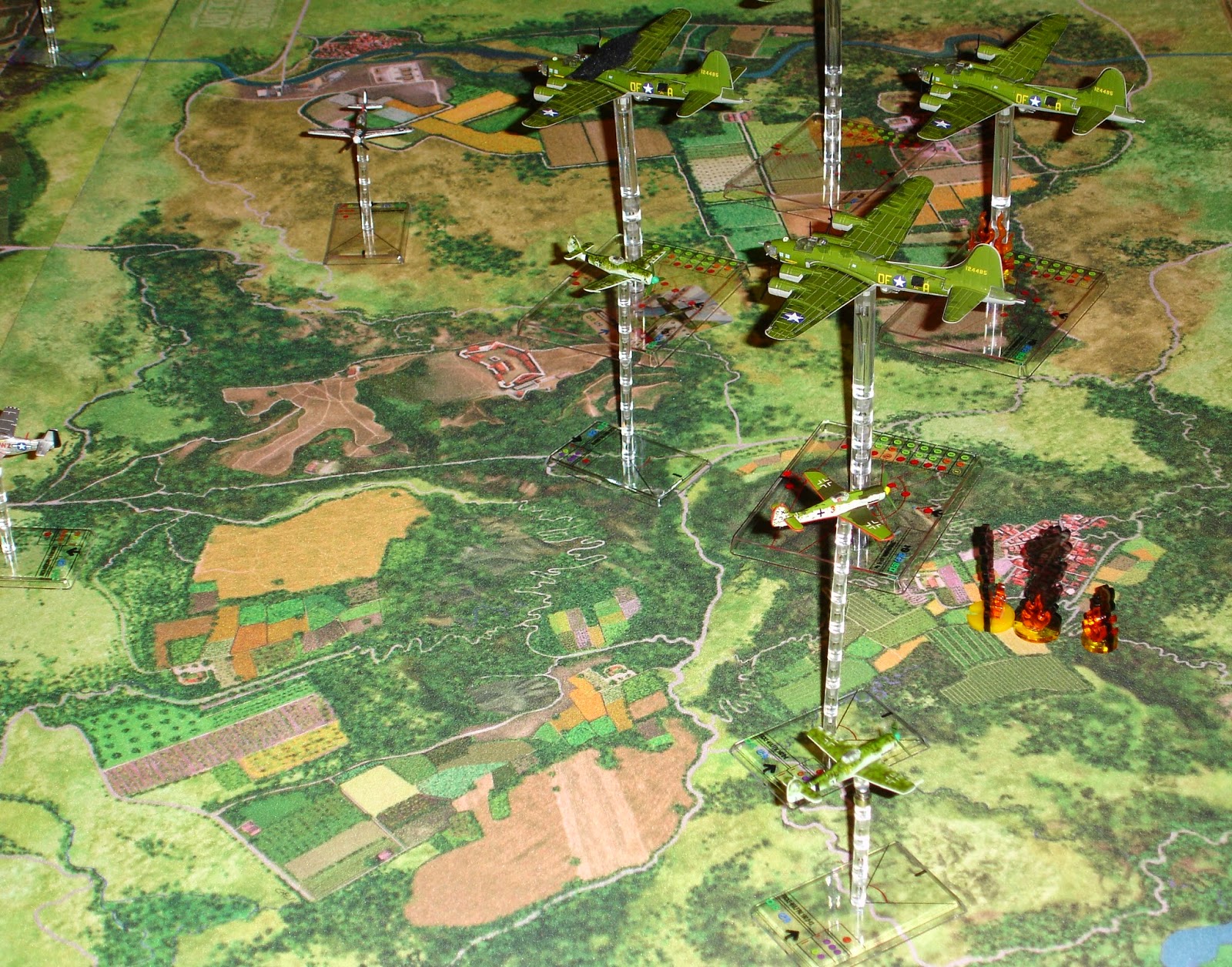 The escorts were avoided and Greg's pair of fighters go in guns blazing while my pair swing round to get in position. 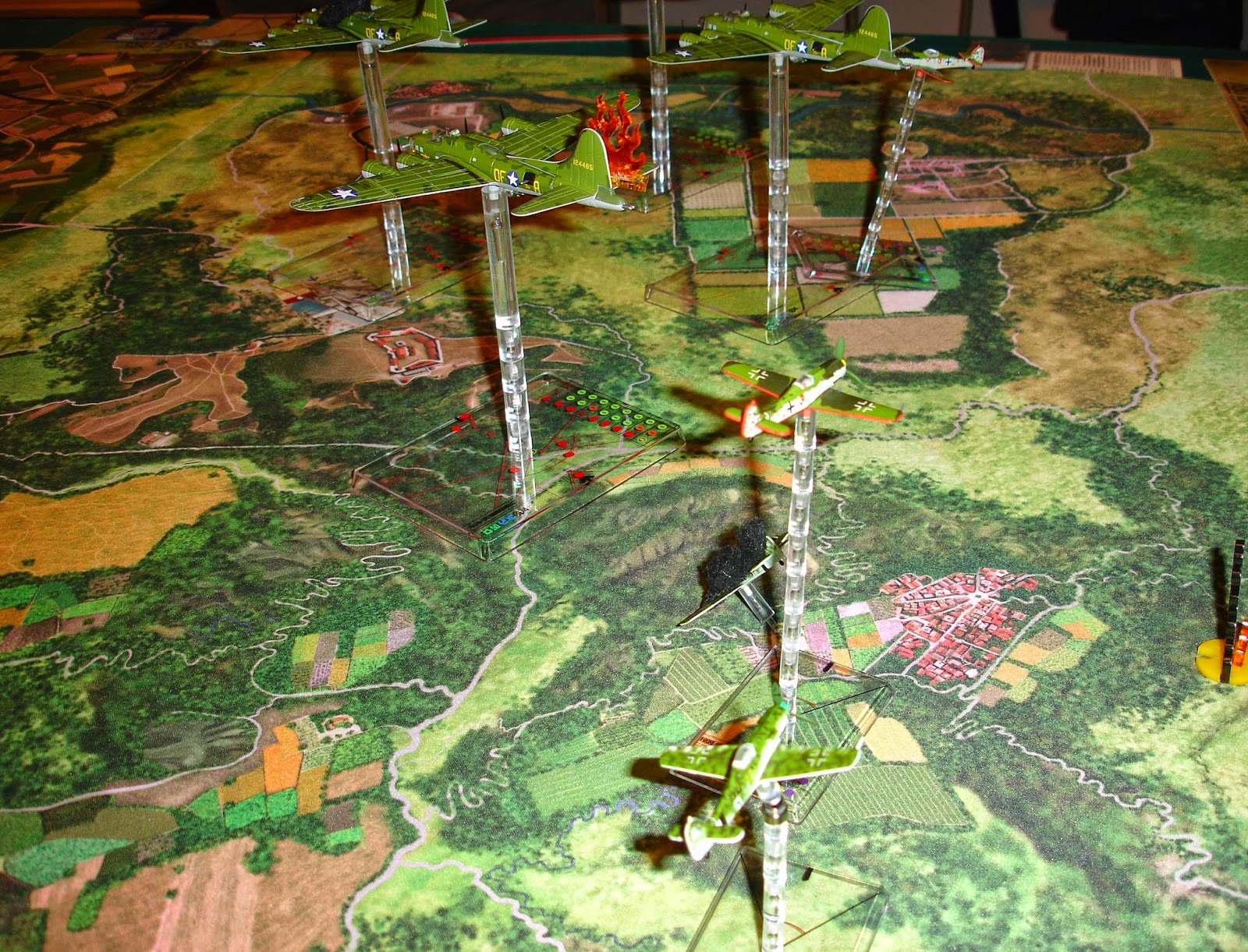 The first of Greg's FWs goes down with a bang. 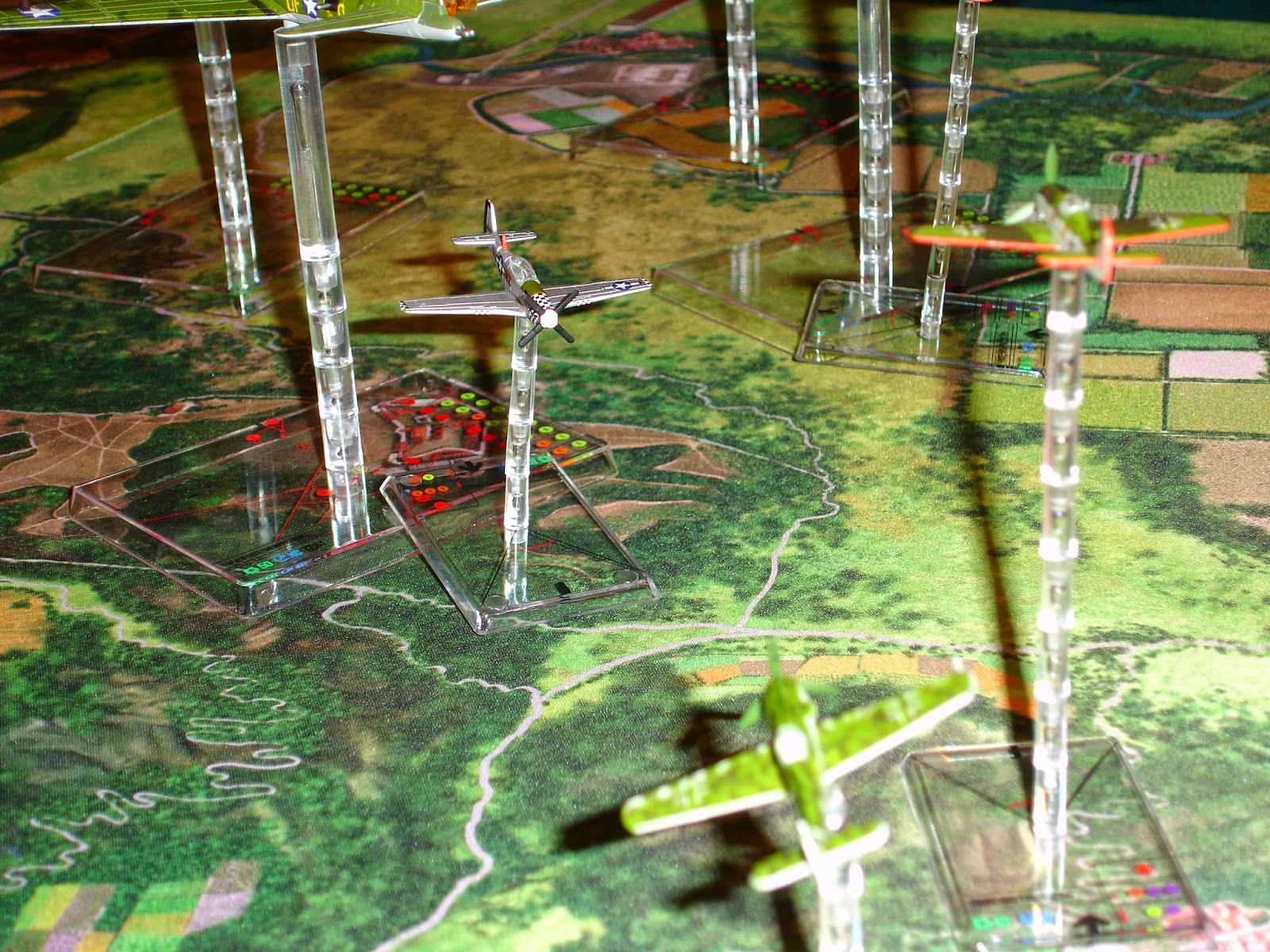 The Mustangs are coming in to get me before I can even get a bead on the bombers. 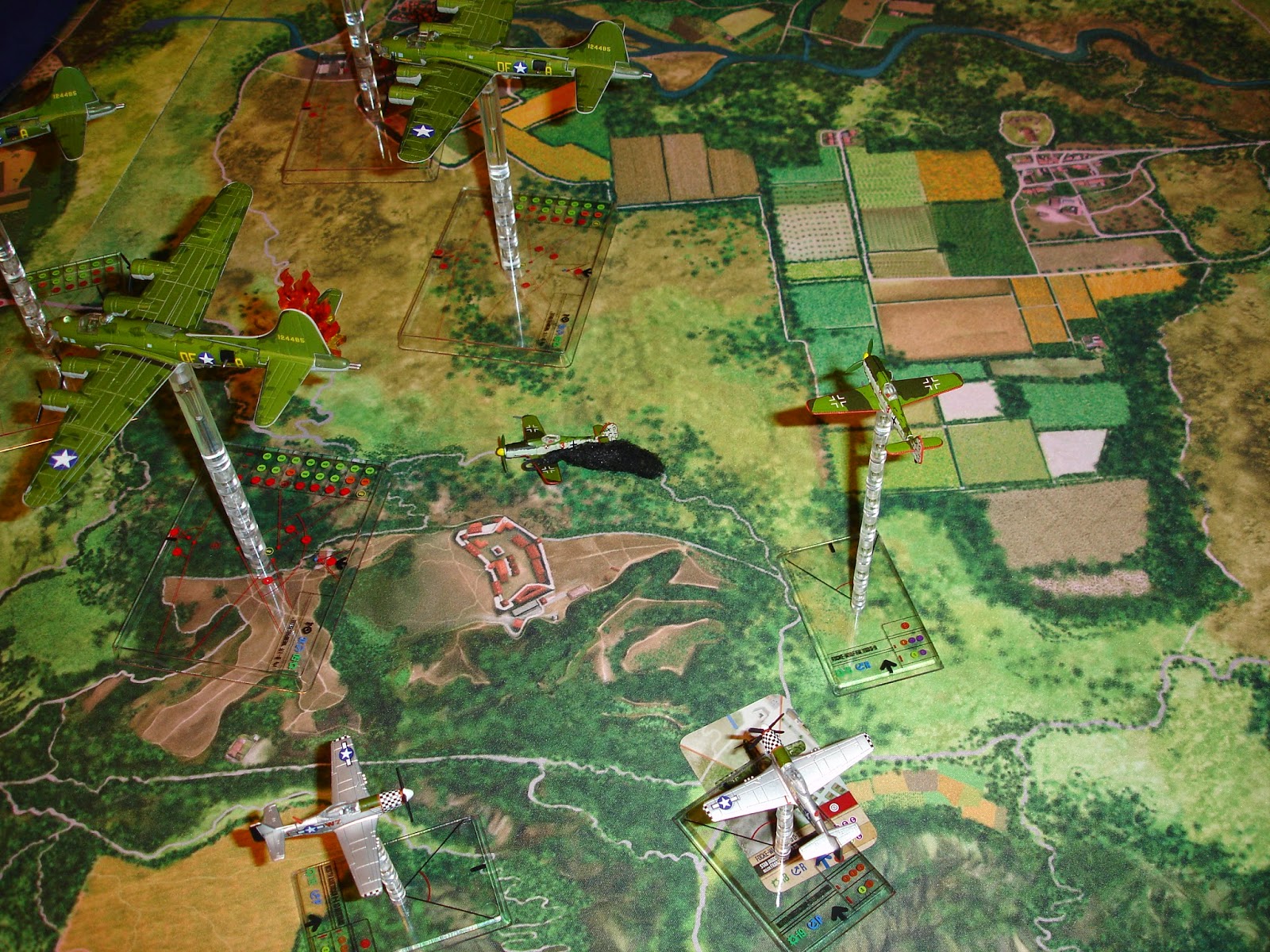 There goes Greg's second fighter.  A combination of sustained fire from the flight of B17s aided by some heavy bursts from a Mustang were just too much for it to absorb.  However it had done some damage and one of the B17s was burining. 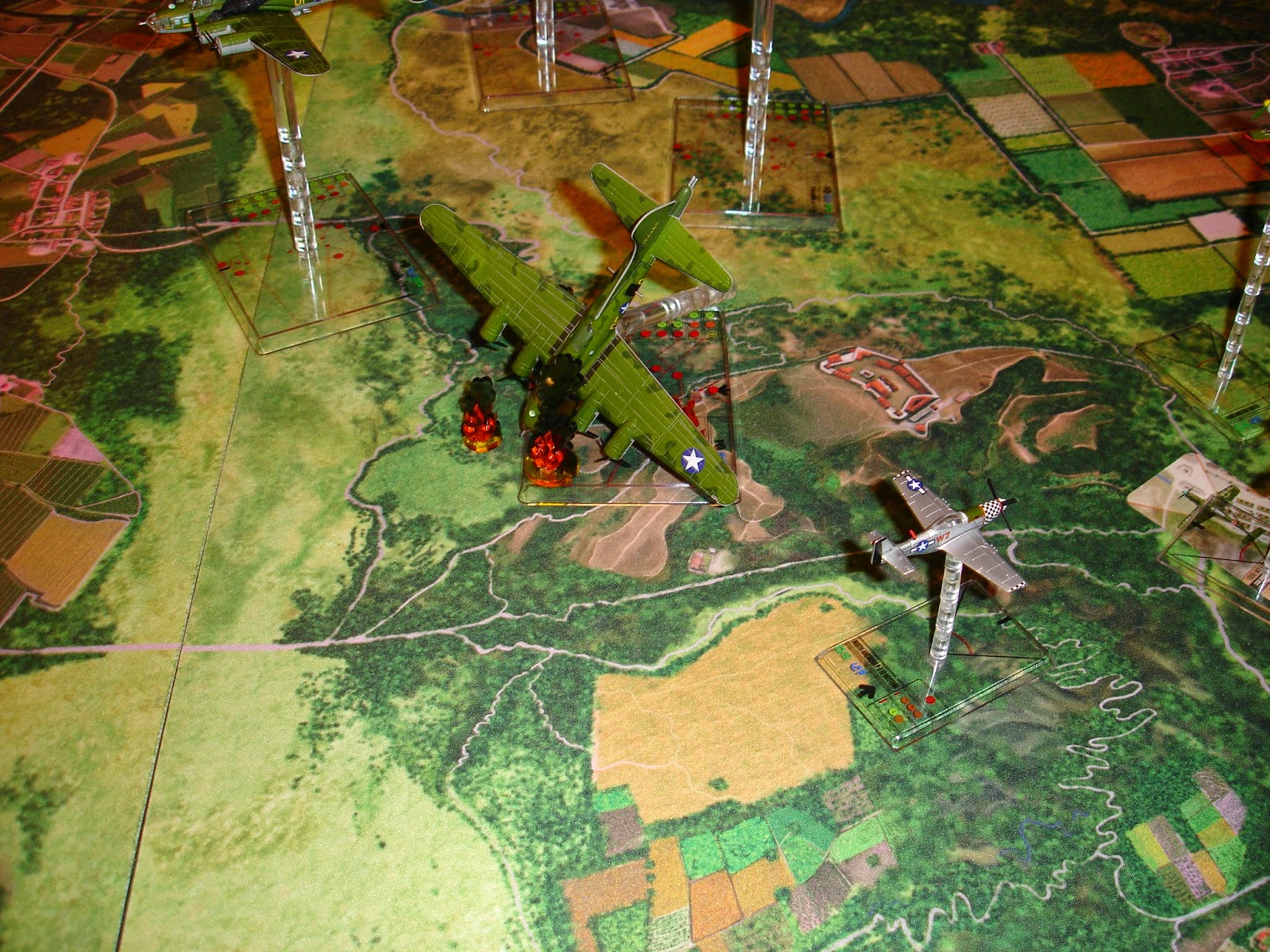 Down went one of the Queens of the Skies. 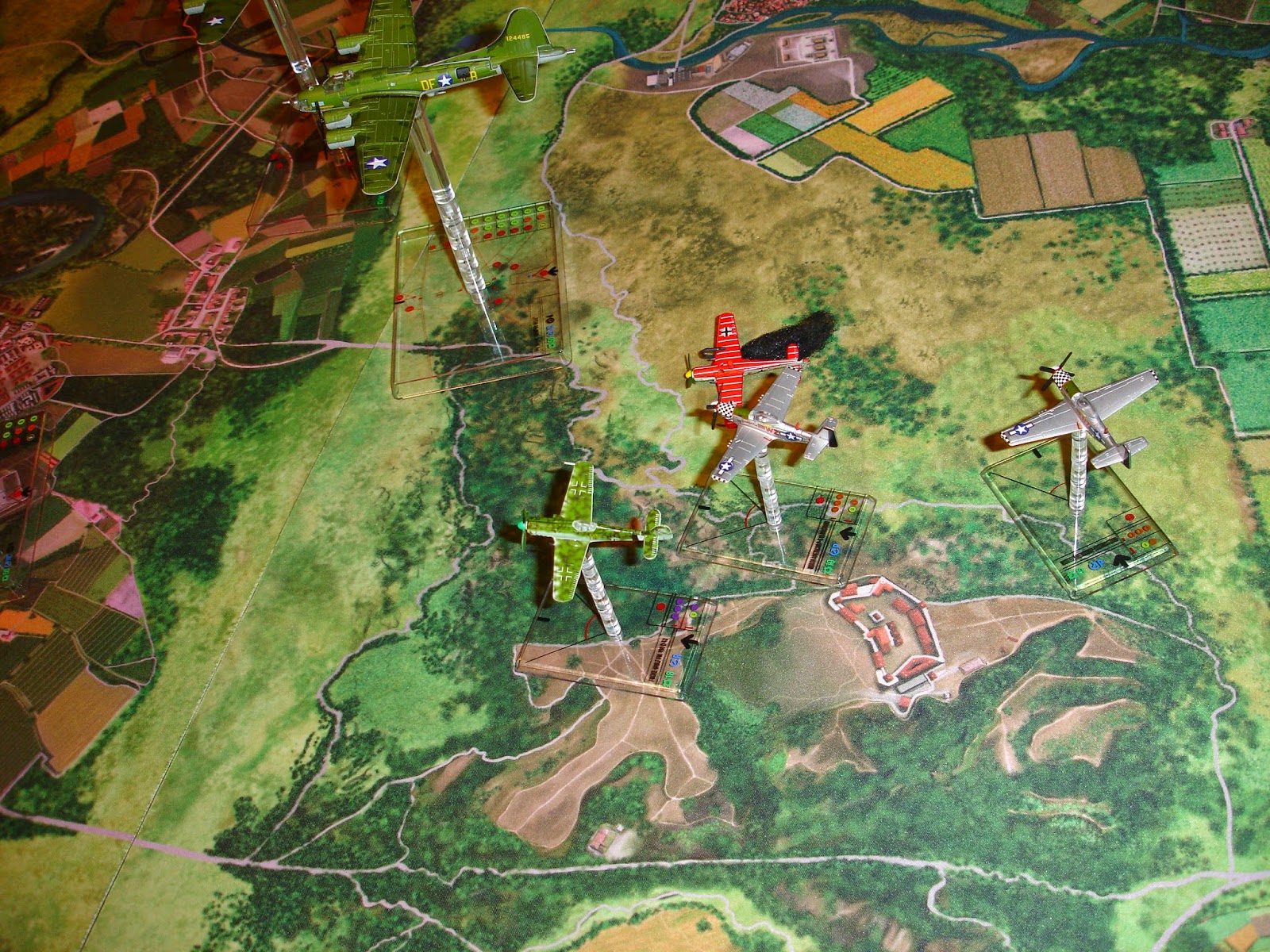 The first of my fighters fell to the Mustangs. 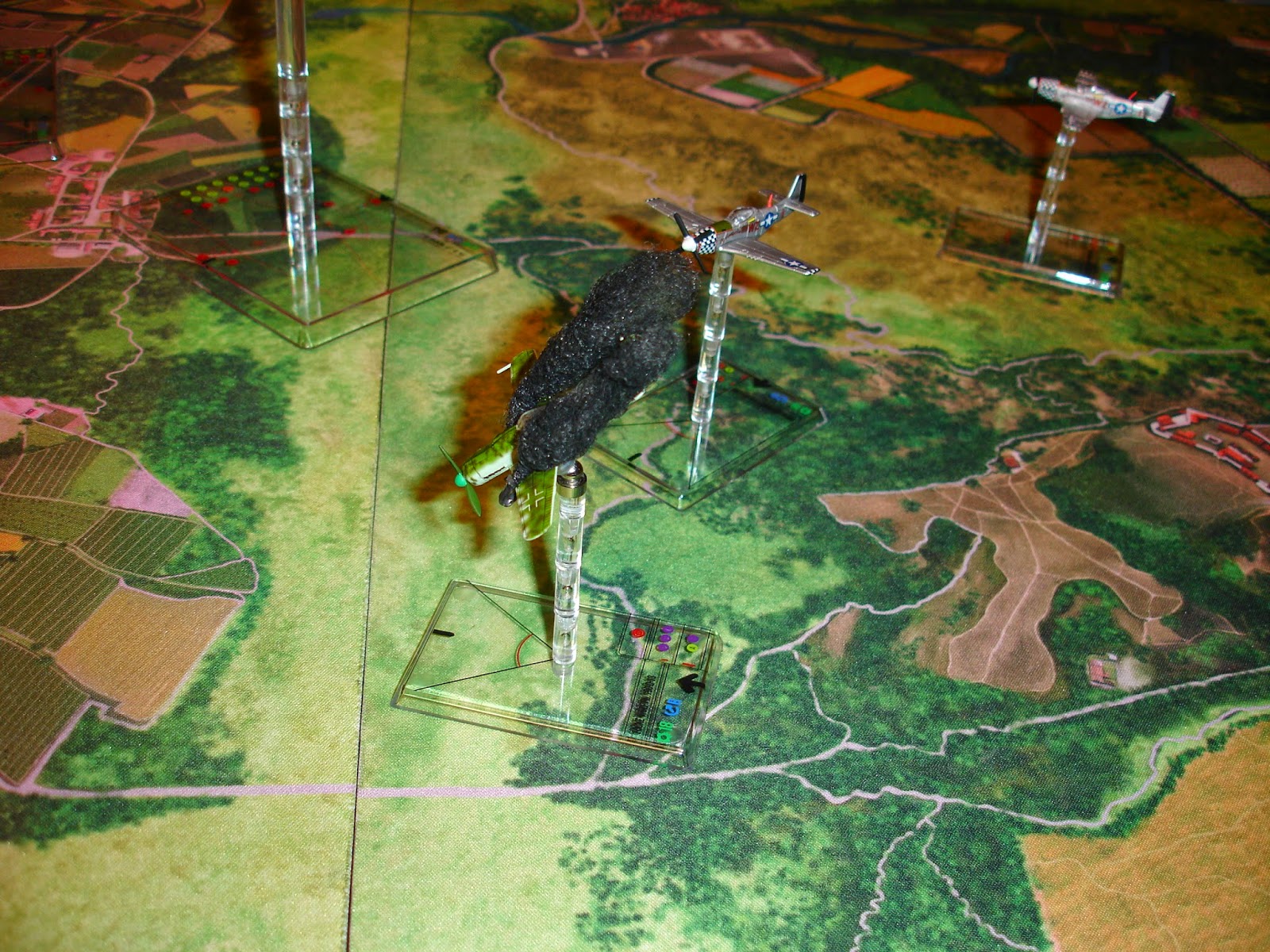 And then down went my last fighter.  Some skillful flying by one of the Mustang pilots, despite being wounded, had kept my FW under fire for too long and all the damage added up 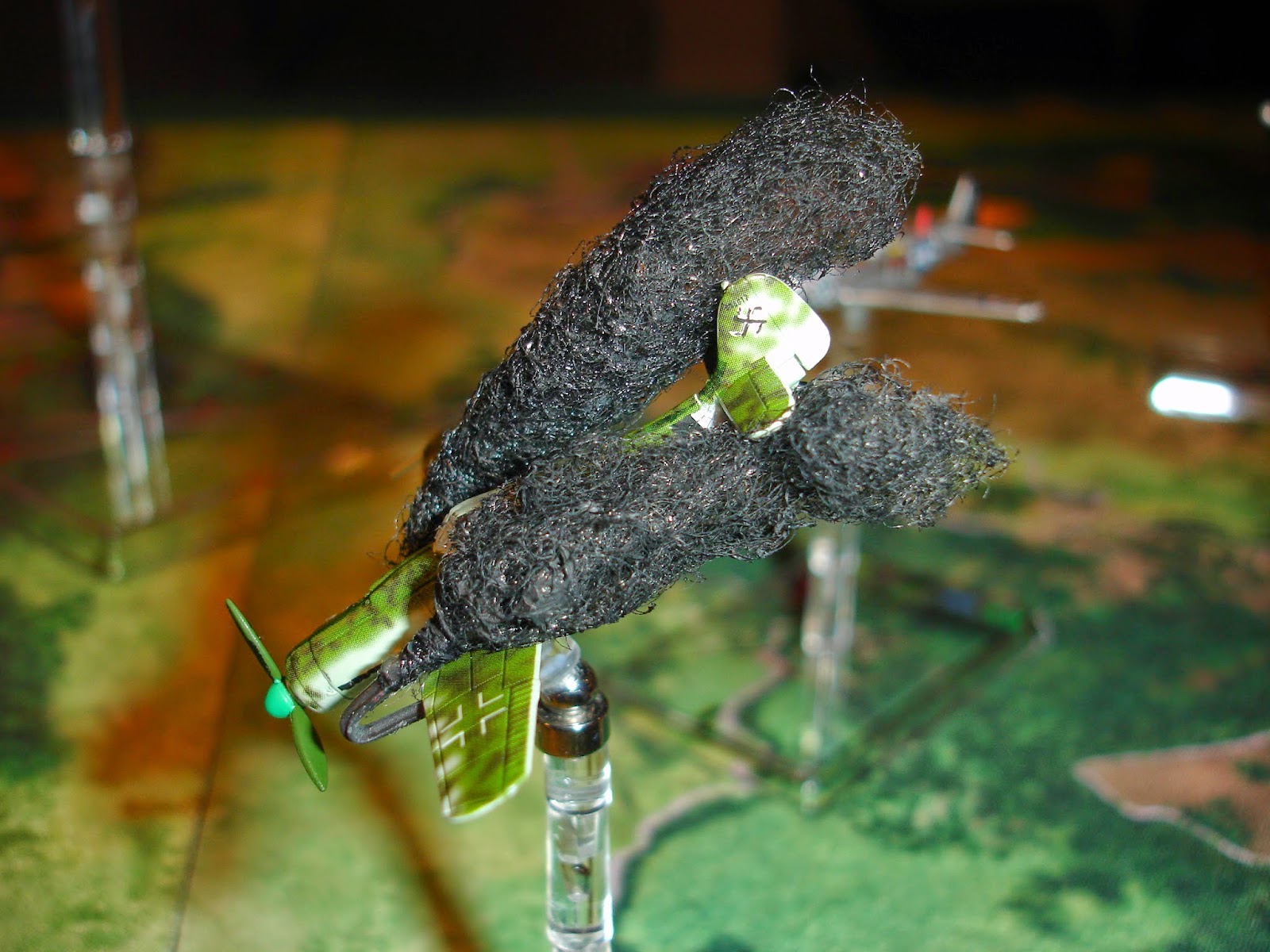 This is my plane.  Note the extra tail detail.  I suppose I should put up a warning message "Not Suitable for Viewing in the EU" or something.

We will have to progress to the advanced rules and perhaps lose the escorts for a while.