Over on Paul Foster's Plastic Warriors blog he has a regular Model Mystery Monday competition.  Occasionally something catches my eye and I have a flash back to happy modelling times (could be yesterday, could be last century).  Anyway, this one kindled some very happy memories:
http://plasticwarriors.blogspot.com.au/2015/01/model-mystery-monday_19.html

In my response I mentioned I had the featured model.  Paul's comment was that he was waiting to see it.  Well, wait no longer. 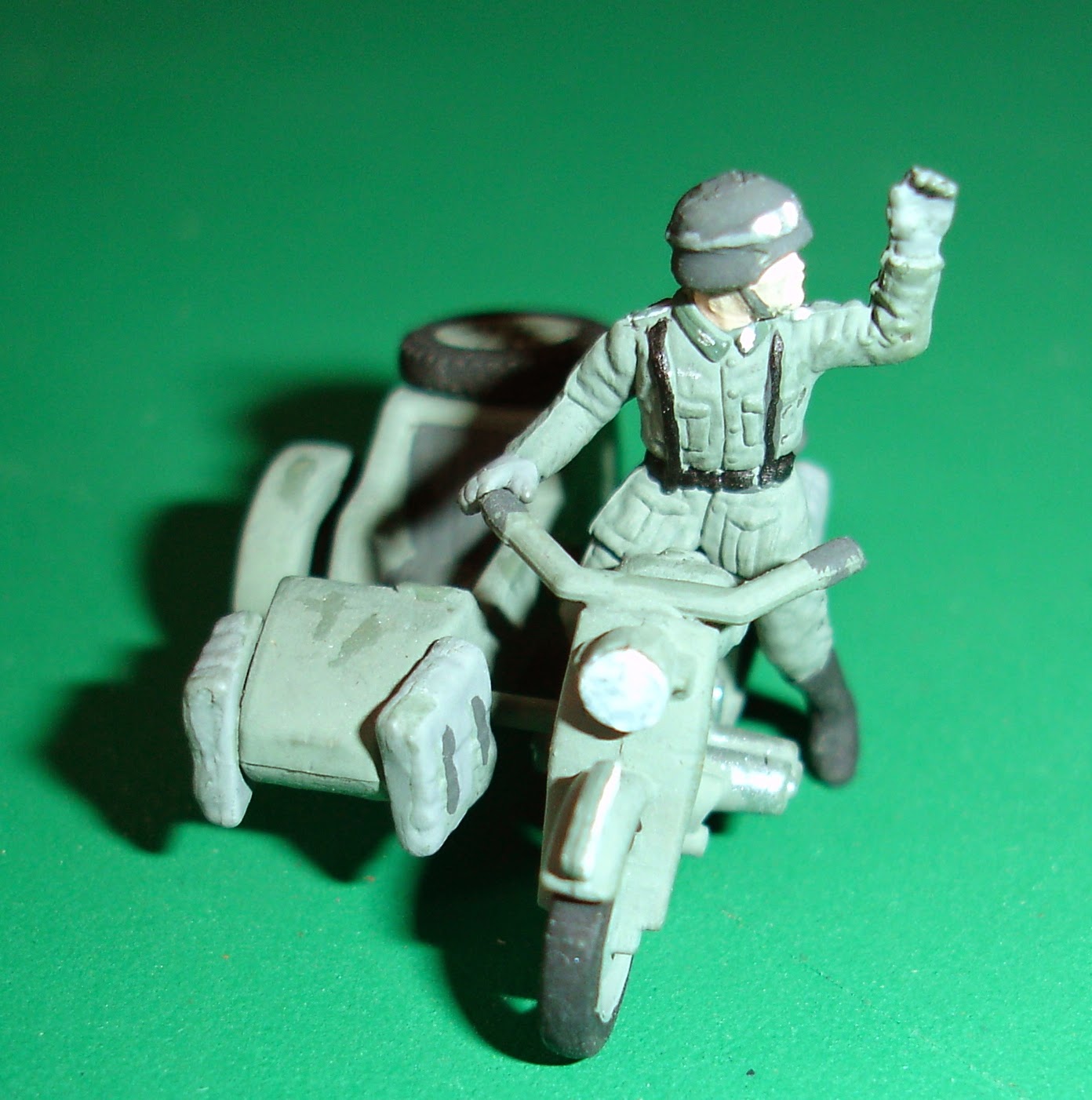 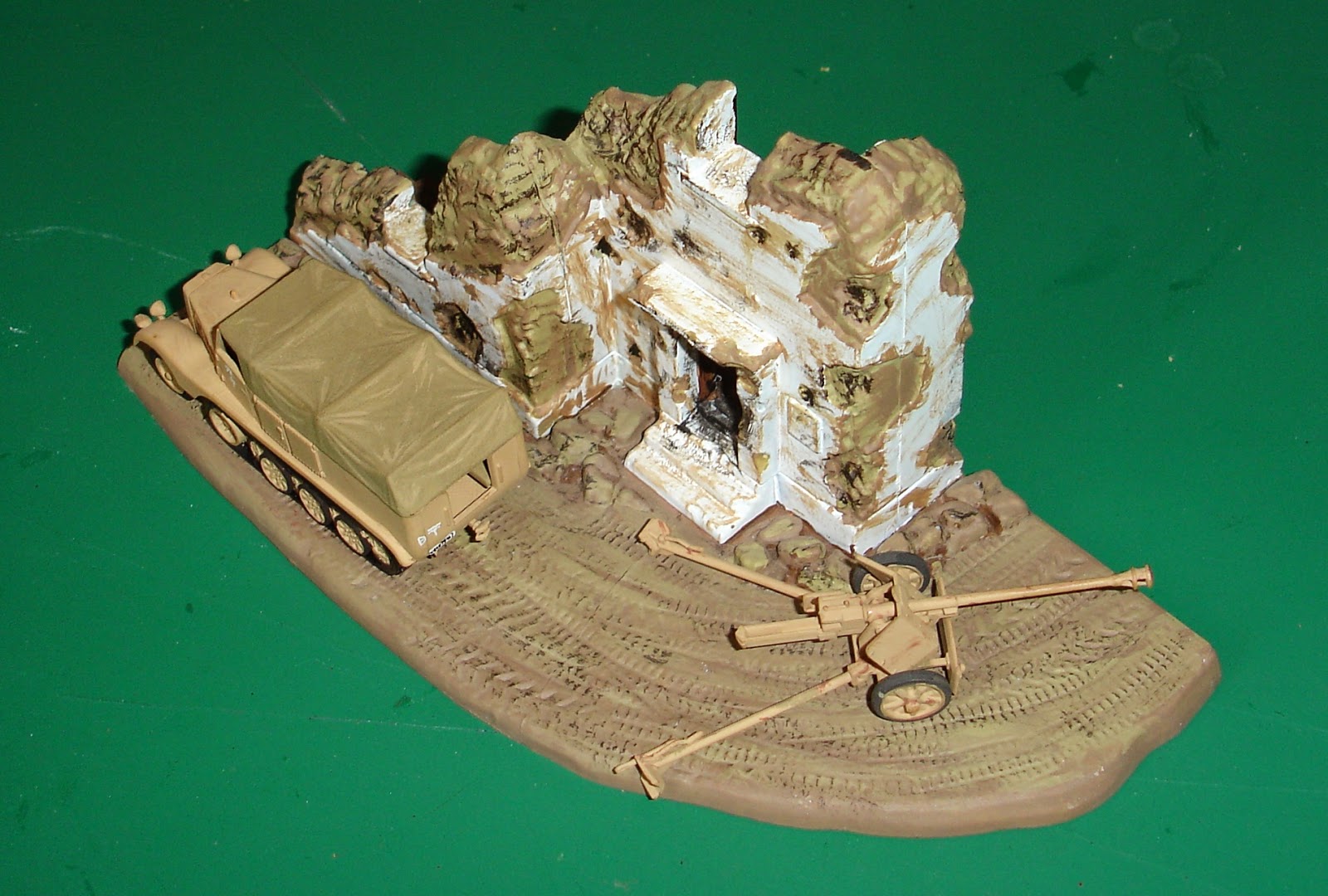 The real treat was the model base (as with all the Matchbox sets). 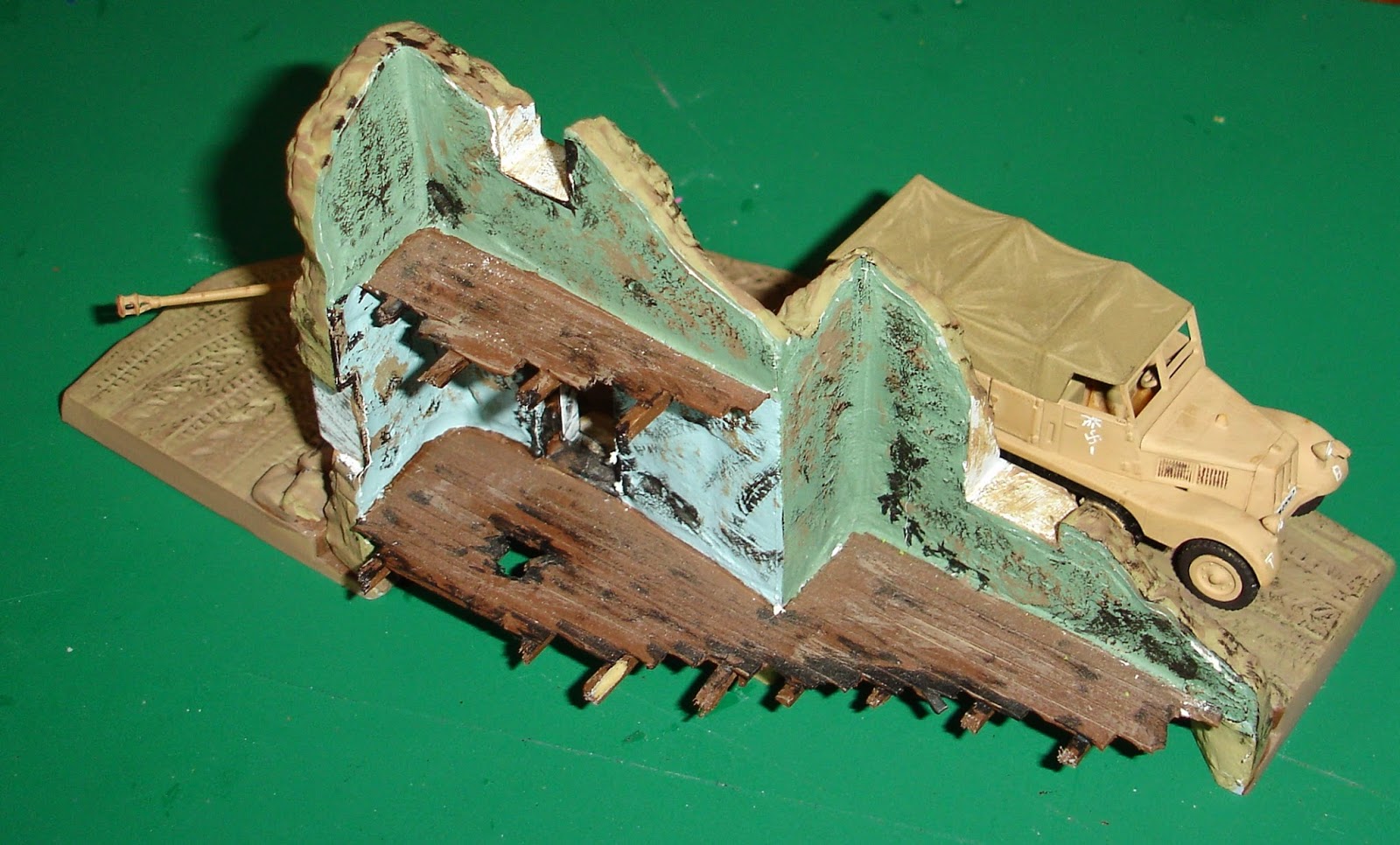 I even added interior detail, padding out the walls with plaster and adding in some flooring. 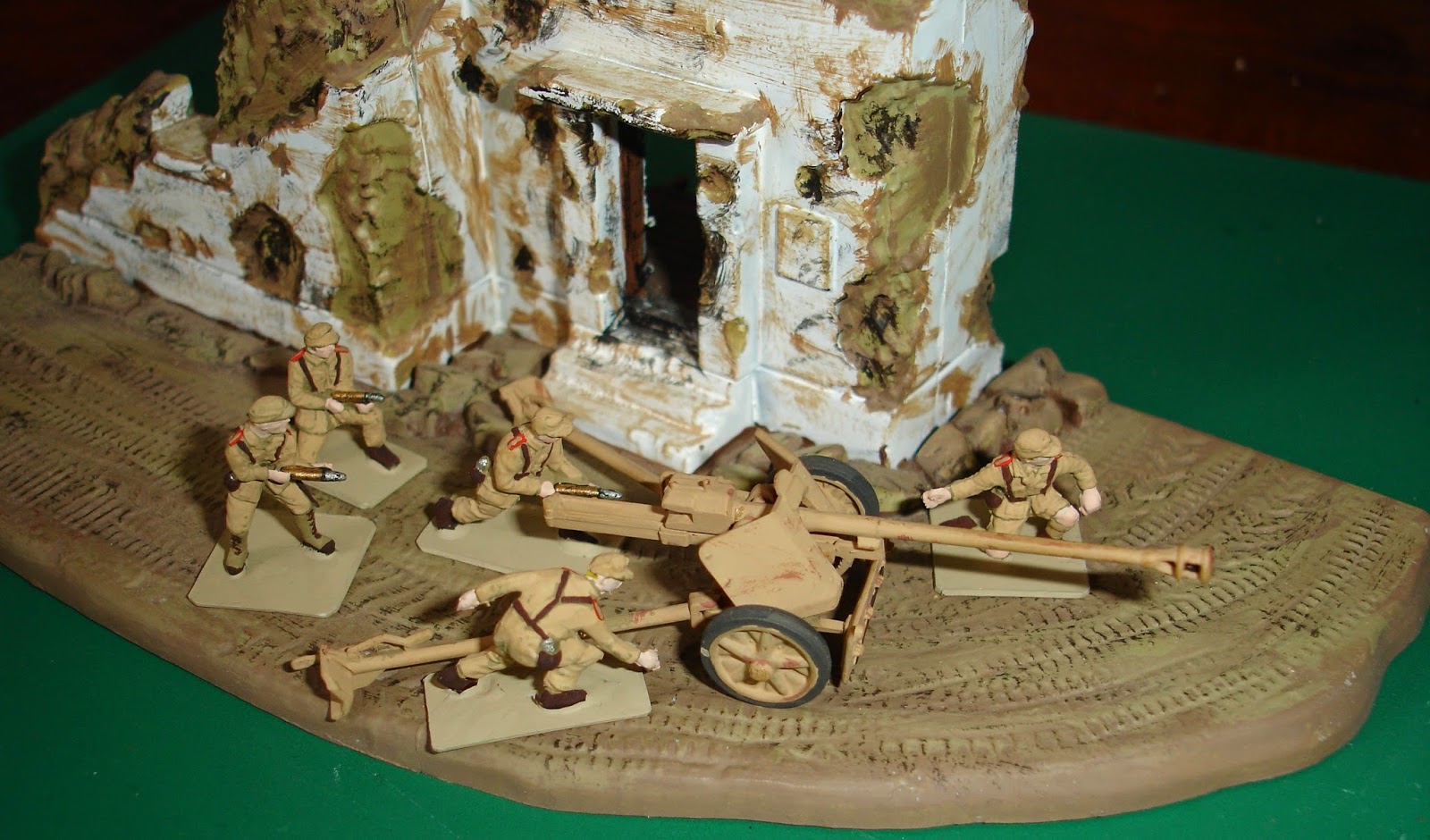 I made up a crew for the gun (Airfix German mountain troops I think).  The seated crew that came with the model I didn't use - I was in my crewless vehicles phase.

I'm not sure, but I probably made this in the late 1970s.  Interesting to note (especially given my recent tail detaining of my Wings of Glory FW190), I didn't use the Nazi emblem on the building, the part that was supplied with the kit and was the item that Paul put up as the clue.  I expect I thought I knew better and that there were no Nazi's in the desert.