My first unit for 2015 and just about painted from scratch (some of the horses are ABs which I swapped out of a unit that I acquired already painted).

I've had these figures for a few years and feared they were just a blob of metal.

There was also the challenge of the reins. 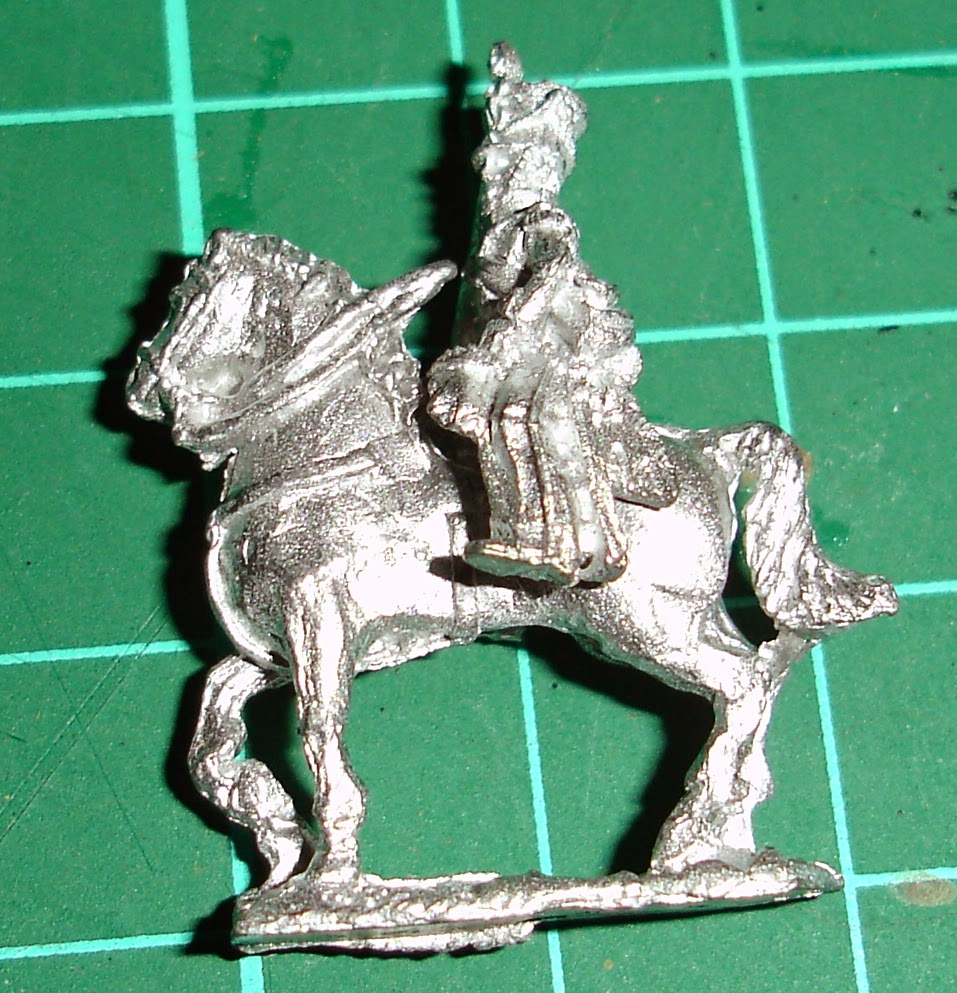 Not actually a before shot, but one of the next batch I am working on. 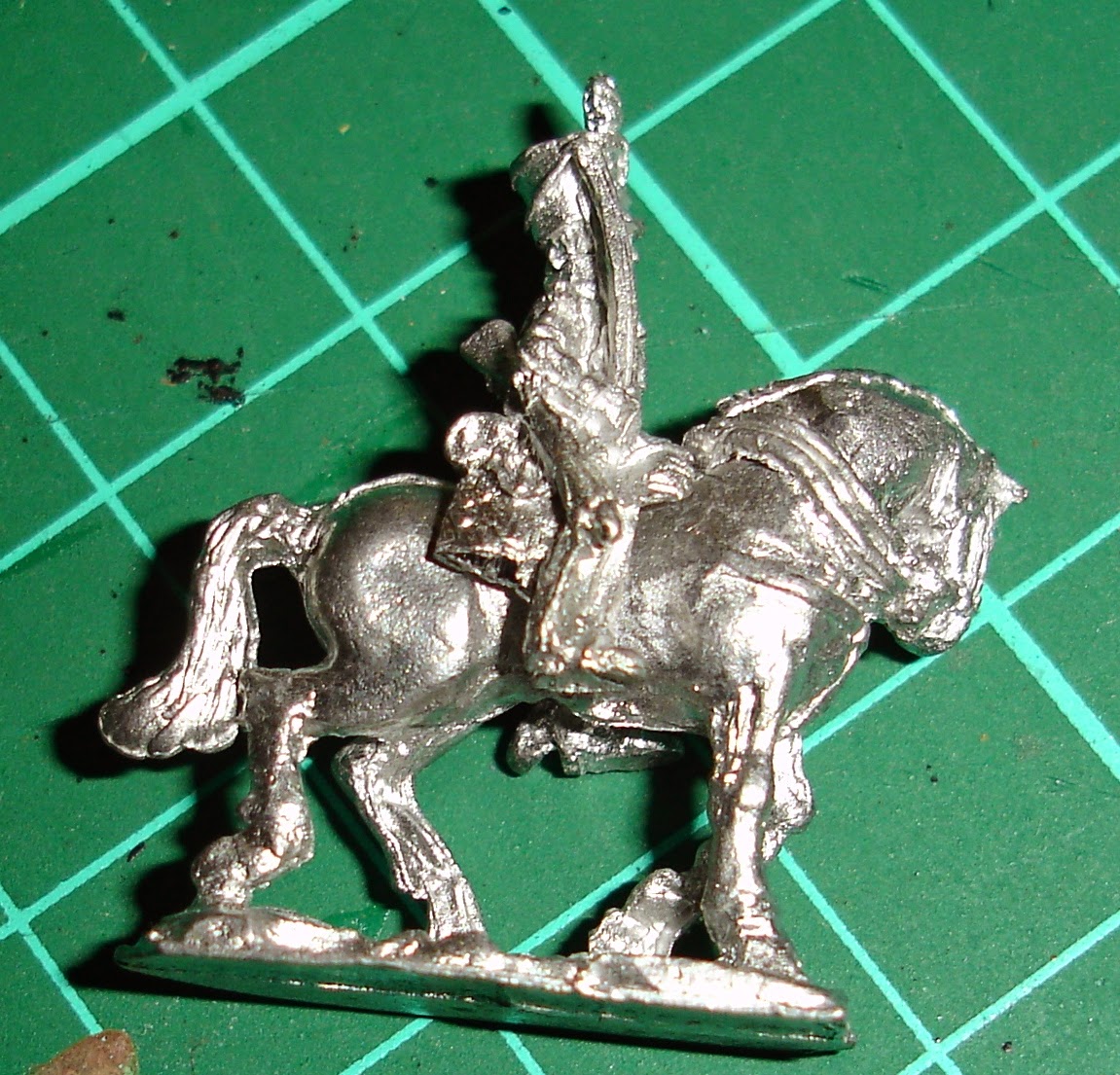 And not actually an after shot as it is a different horse figure (I love the variety of the Old Glory horses).  This one also features the revised saddle cloth.  The Old Glory Light Dragoons come with Hussar saddle cloths. 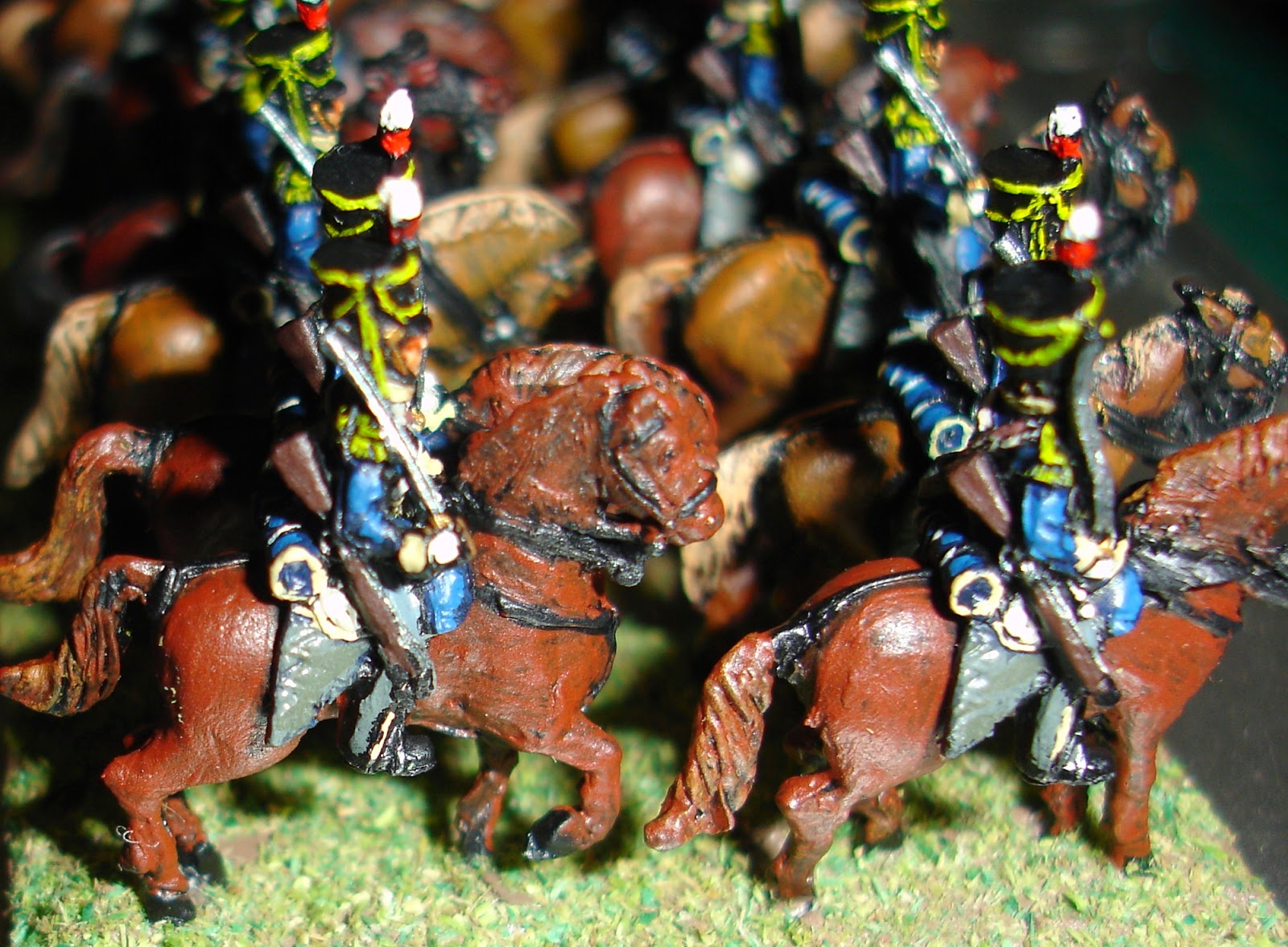 An attempt to show the re-positioned reins.  A combination of carving and then rebuilding with paste if the craving proved too destructive.  The saddle cloth shows the original design which I am clipping and filling off for my next unit. 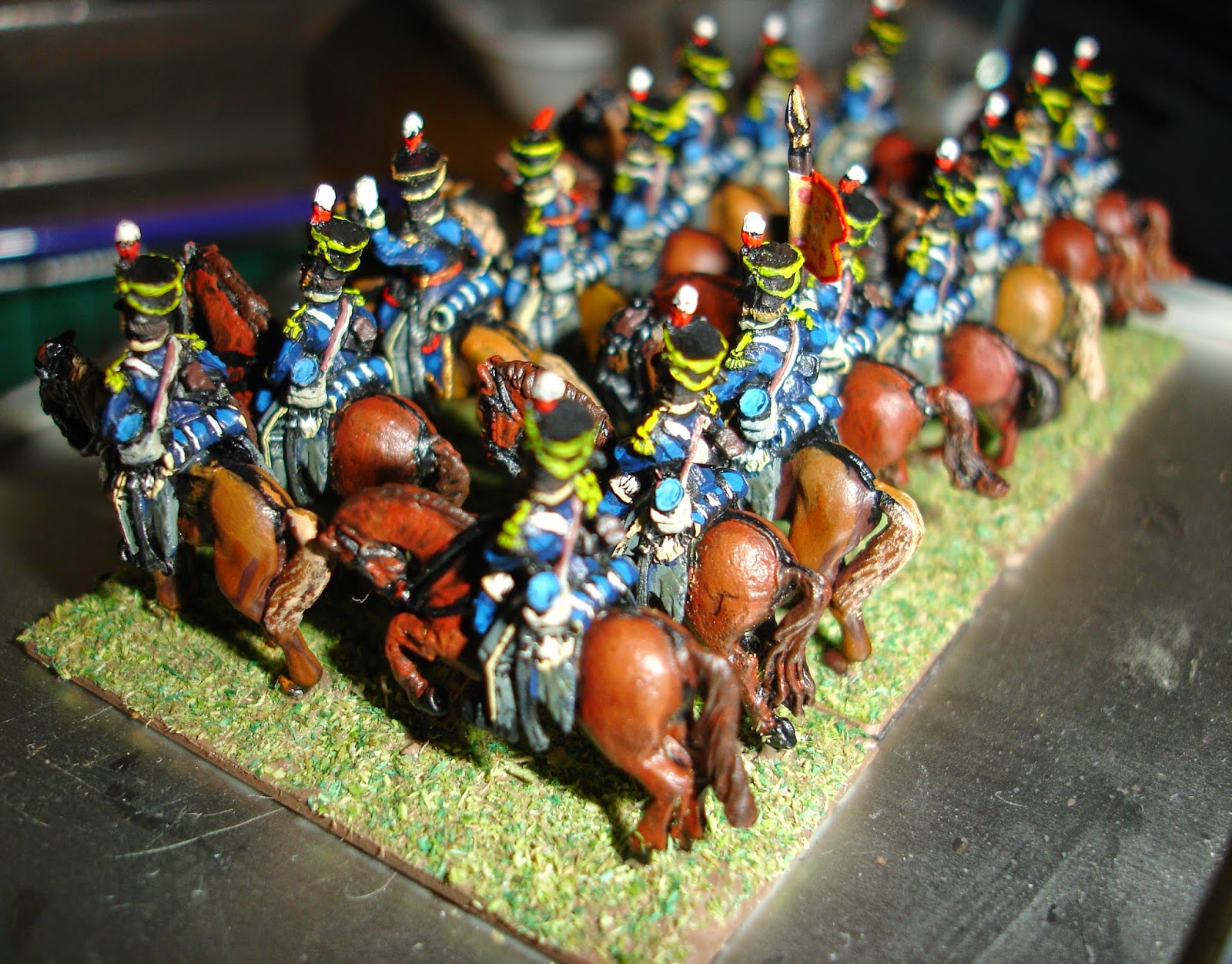 These guys are cluttered with gear and I found them a challenge to paint, but I am very happy how they turned out.  The blue was VJ Dark Prussian Blue with VJ Prussian Blue as a highlight.  The horses are Atelier artist shades of sienna and umber over a black undercoat.  The Atelier paints are an early inheritance from my mum as she is sadly no longer able to paint, but she was happy when I showed her the cavalry and told her the horses had been done using her paints. 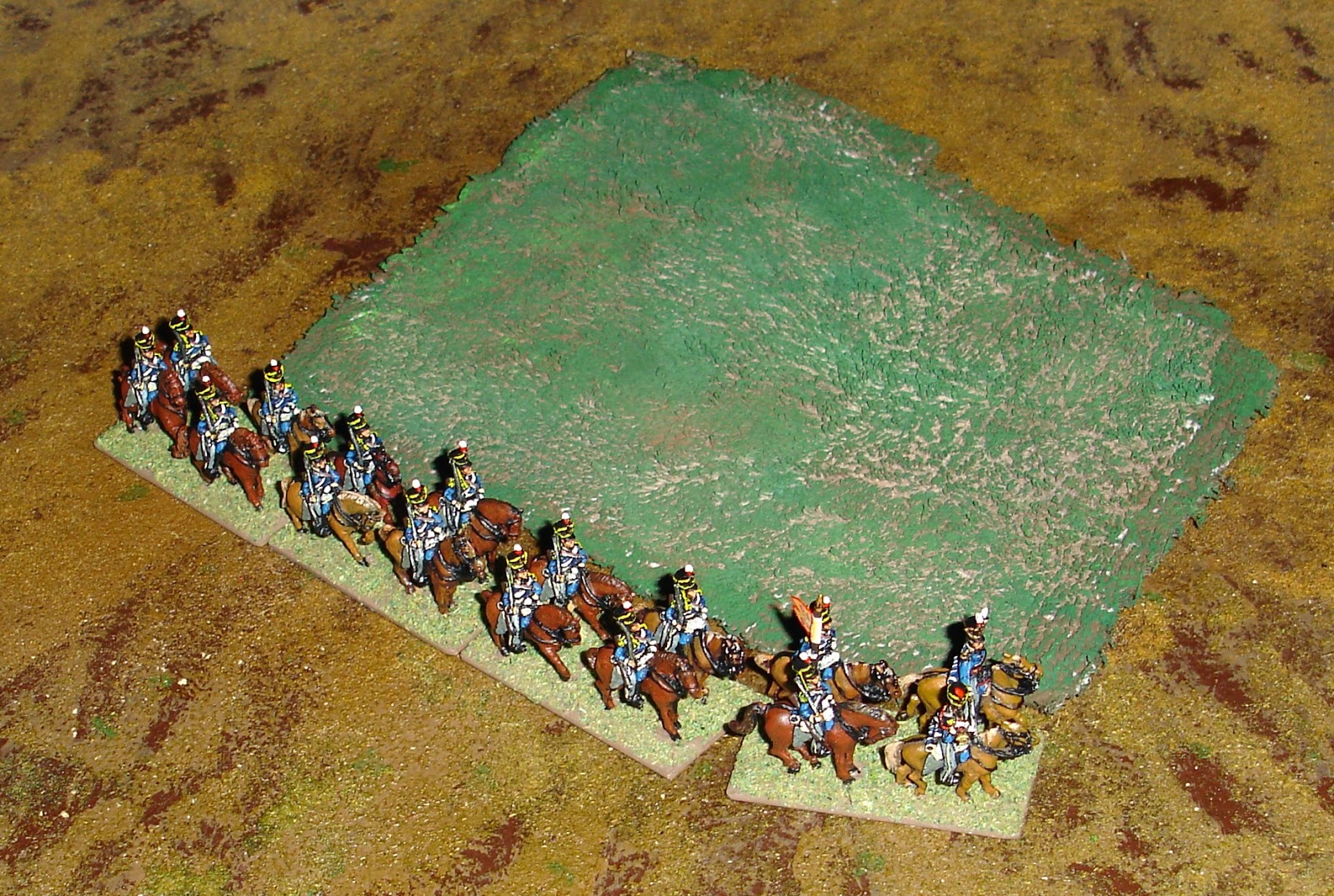 16BrLC in march column skirting a field of beans. 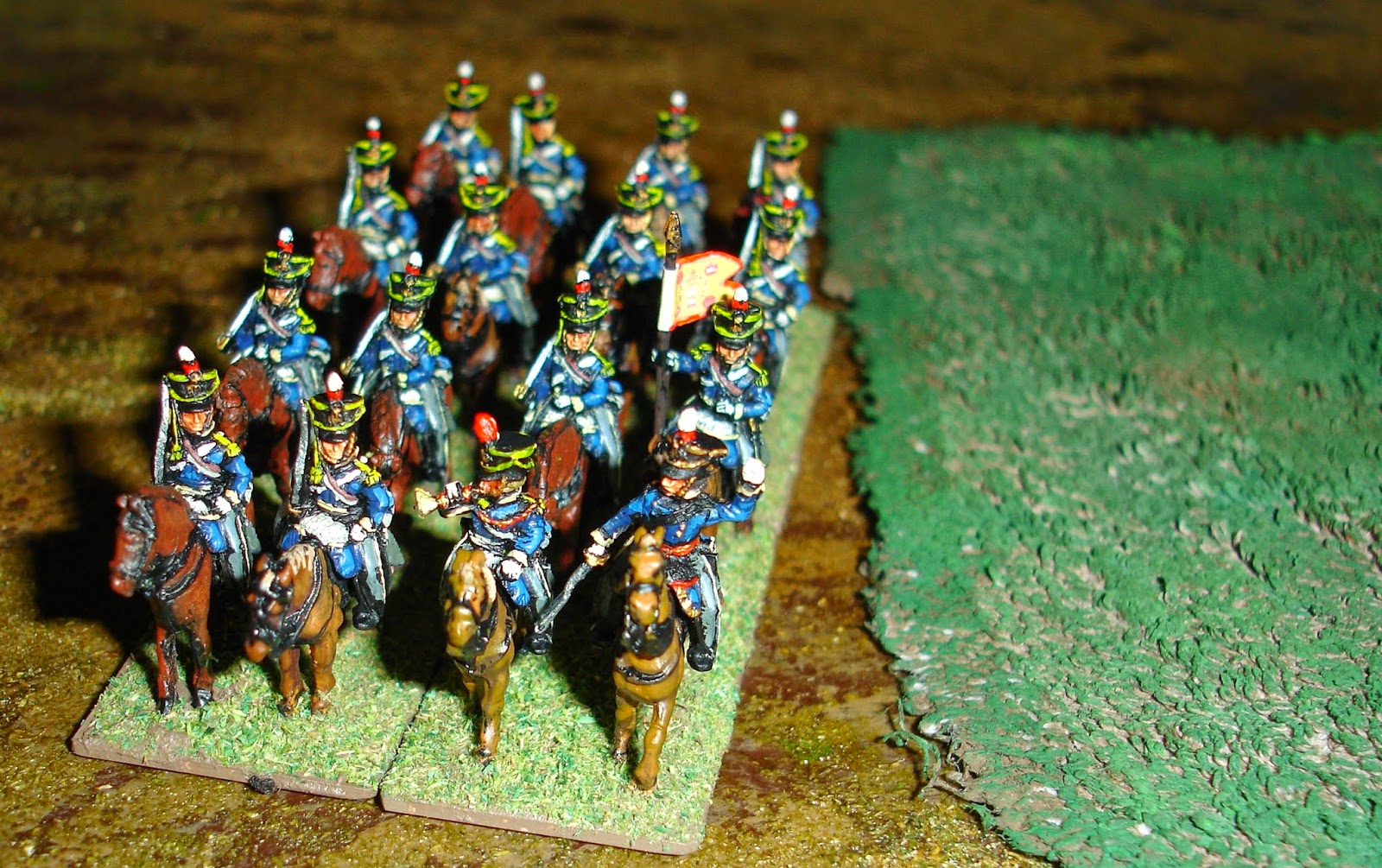 Now deployed in column and halting, having noticed the quality of the beans. 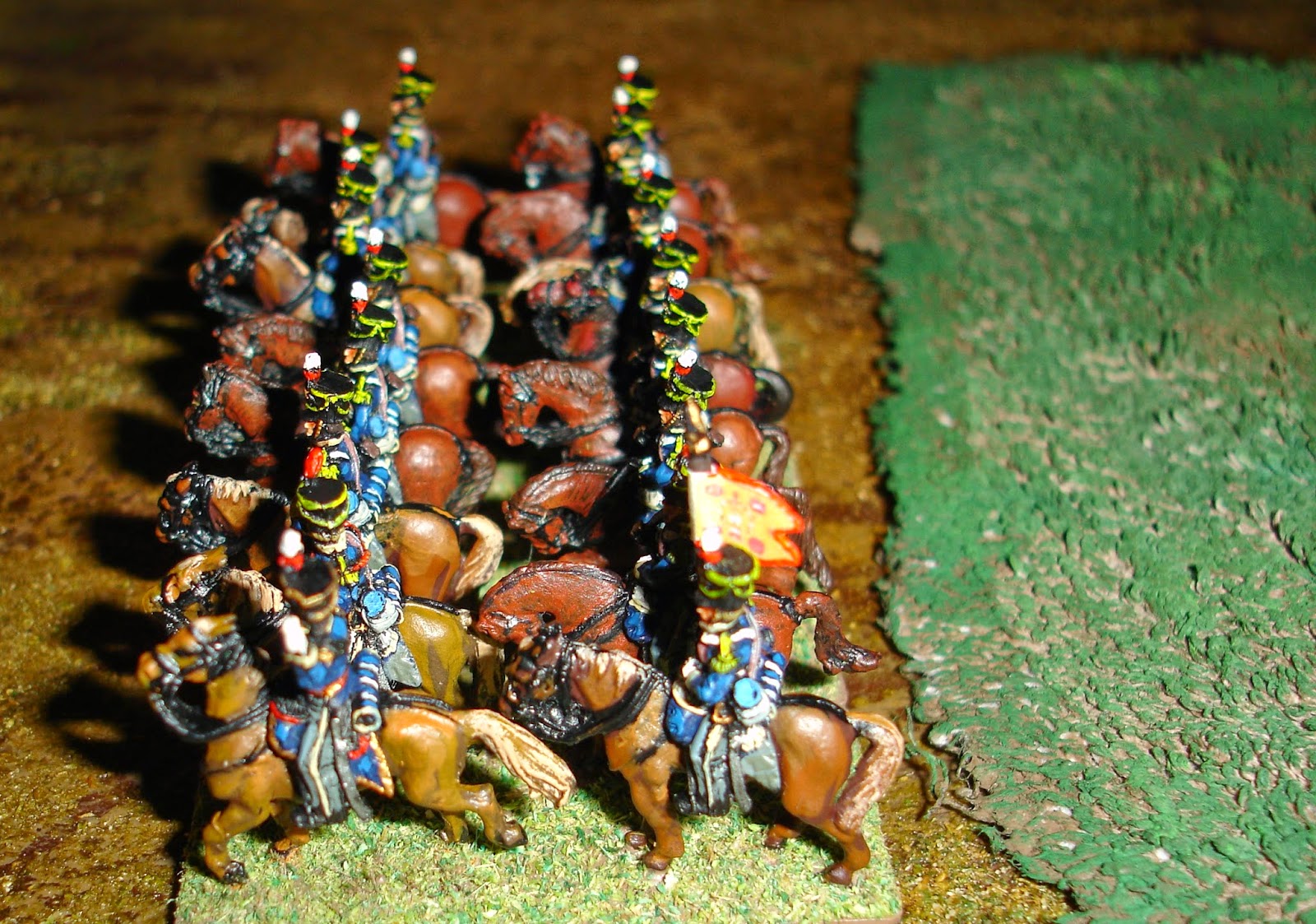 In line ready to defend the beans.