In this week's session we completed three Axis impulses and two Allied ones.  The last Axis impulse was thankfully in rain, otherwise... 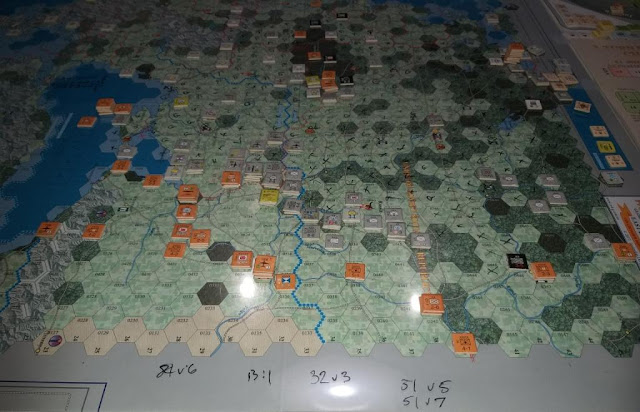 This is after the first Axis impulse.
The Soviets have been able to reform another line,
but it is mighty thin. 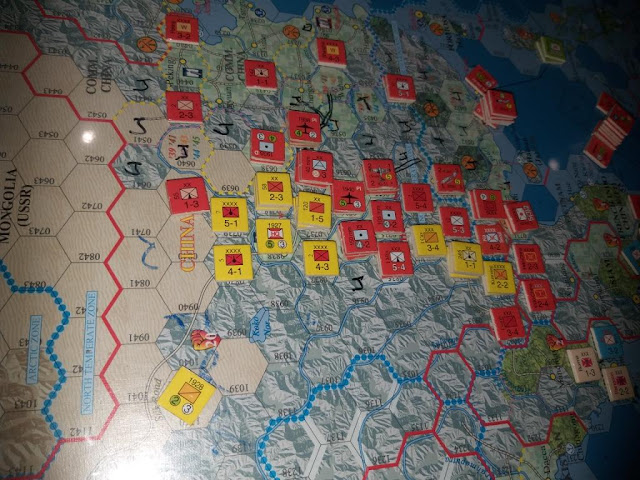 There was a bit of excitement in the East
when the Communist Chinese attacked.
It was a modest victory,
but dwarfed by the Japanese expansion against the Nationalists. 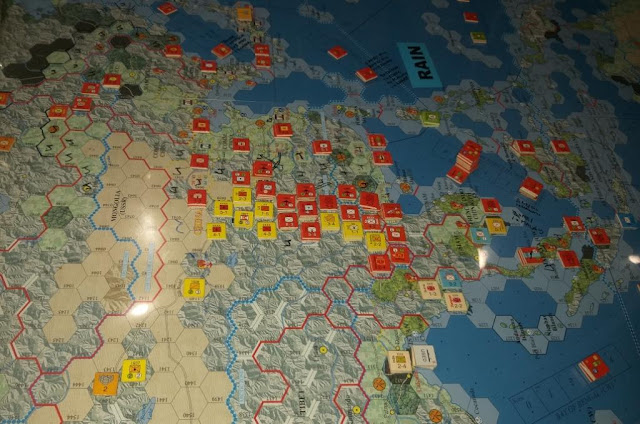 The rain put an end to further aggression. 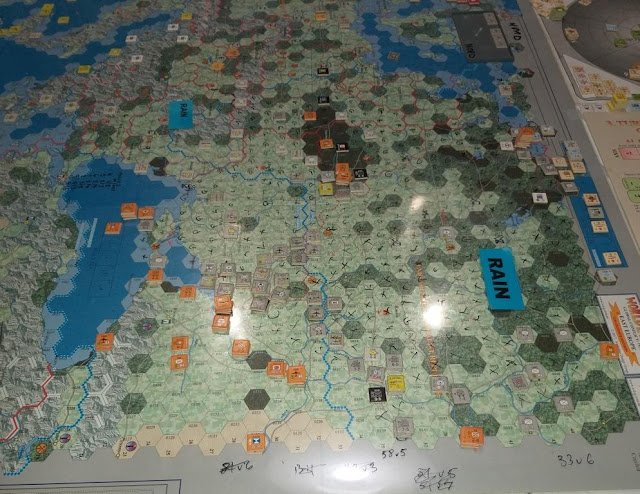 The Soviet line is truly broken and the Axis are now on the edge of the map. 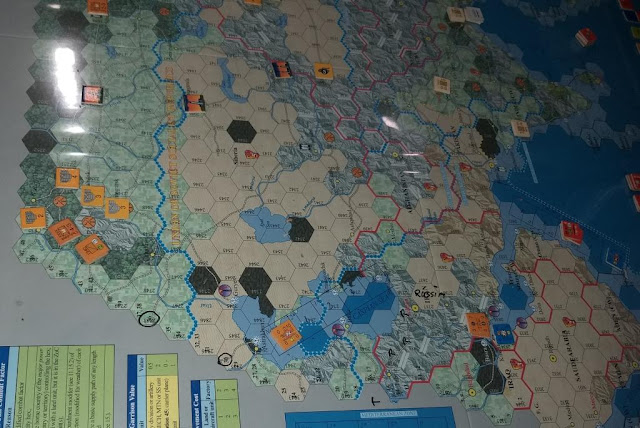 Beyond lays the sparsely defended Urals.
The leftmost circled hex side is where the Germans will most likely break out onto this map.

Even with the bad weather, the Axis have been able to mostly maintain supply due to an abundance of HQs and an extensive captured Russian rail network (that is instantly repaired and converted).

The ability to align Yugoslavia gives the Axis an additional HQ that they can freely use in the USSR or anywhere.  Yes it has limits in supplying other minors, but it can keep the Axis moving and in this game was instrumental in opening up the north.  Without the Commonwealth holding Murmansk that area would have fallen very quickly to Finland.  Finland enters the war even without prior Soviet aggression and brings quality units and another HQ.

The situation with China is just a nightmare as the Japanese are free to concentrate overwhelming force.  China would have collapsed much earlier if it hadn't been for a series of poor die rolls by the Japanese.  All the infrastructure favours Japan, although China does have some amazing defensive terrain, but very weak units (Nationalists particularly) and any support by the Allies, as happened historically, is easily stopped.  I suppose the counter must be what happens in their ability to wage war on the US.
Posted by Sun of York at 9:31 AM