The DVD I had was titled "John Carter of Mars".

Always keen to check out Barsoom related material and so when the opportunity came to watch this movie I couldn't resist.  My bad, at least I had other things I could do at the same time.

The premise might have been interesting if I could have heard what they were saying, but even at max volume it was hard to hear.  Something about climate change and maybe tribal conflicts in Afghanistan.

It is only when you get to see a cheap movie that you appreciate how spoilt we are for quality productions.  This one looked like it was made with reject Star Wars costumes. 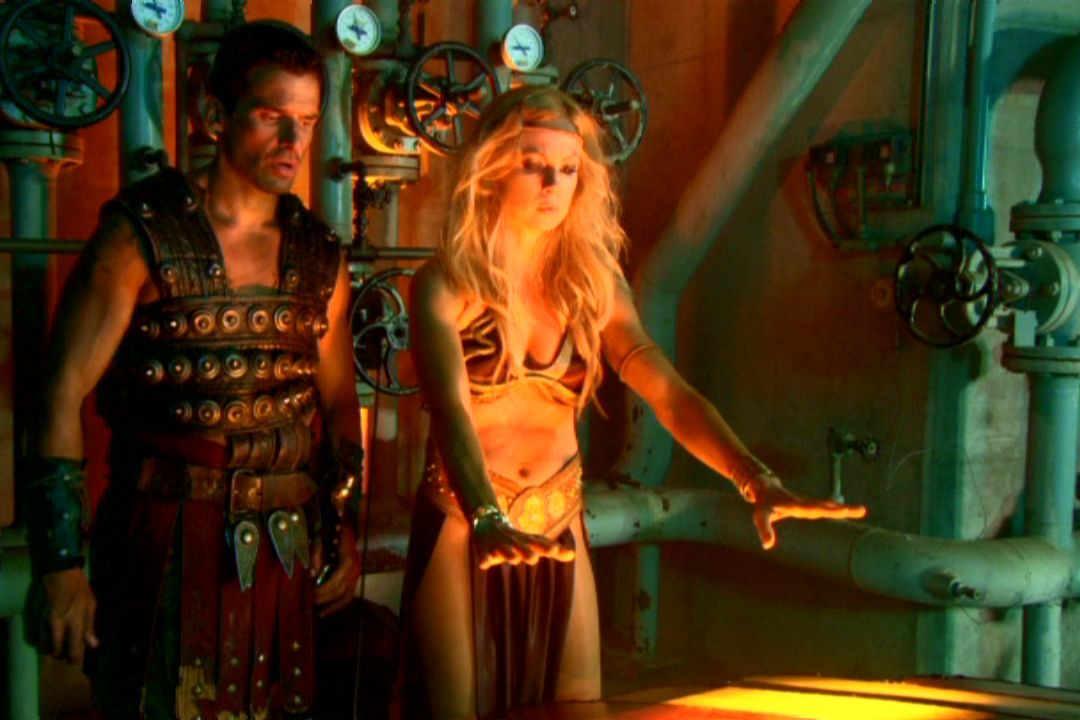 The trailer can be seen here: Traci Lords: Princess of Mars Trailer.  It includes the best bit with the flying craft being shot up and the torture scene were Traci is punished for giving her name to such a crappy movie.

The Disney John Carter movie was much better (and I must watch it again as I need some inspiration to tackle my backlog of Barsoom inspired miniatures and games).
Posted by Sun of York at 5:10 PM