Although very similar game systems, Basic Impetus 2.0 plays quite differently to Impetus Second Edition.  I prefer the latter, but the club league competition uses the former so Dave and I had a practice match.

Carrying the Standard of Saint Zoe, the dice gods were with me. 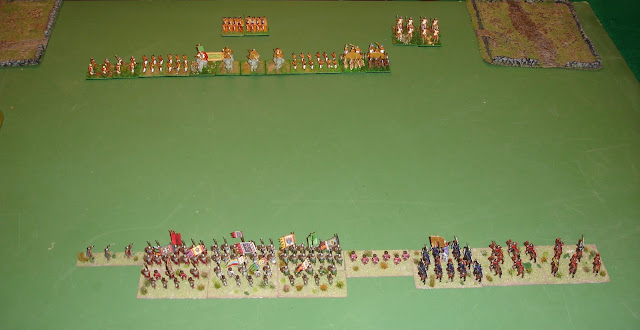 Dave had to deploy first which gave me an advantage.

End of first turn and both sides are boldy advancing.
Being well provisioned with missile weapons,
getting the armies quickly into range is important.

The second turn saw the Byzantine archery repeatedly find their target,
the Indian archery less so.

By turn three everything is at short range and the arrows, javelins
and other various assorted weapons are flying through the air.

With turn four the Byzantine foot has held off the elephant charge.
Better still the Byzantine cavalry have eliminated the Indian mounted. 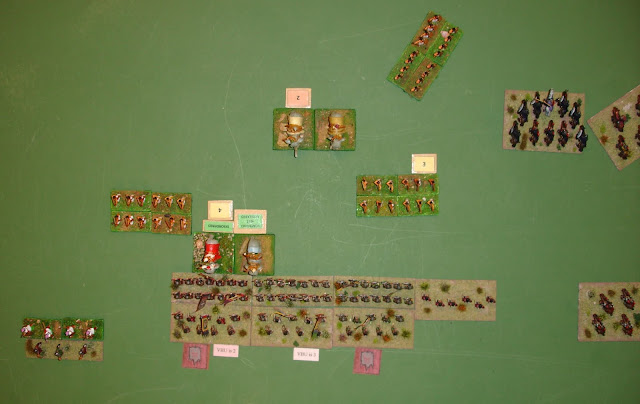 Bird of prey's eye's view, or if you prefer,
imaging from early drone technology.

But turn five sees the Indians fighting back.
Thankfully ineffectually. 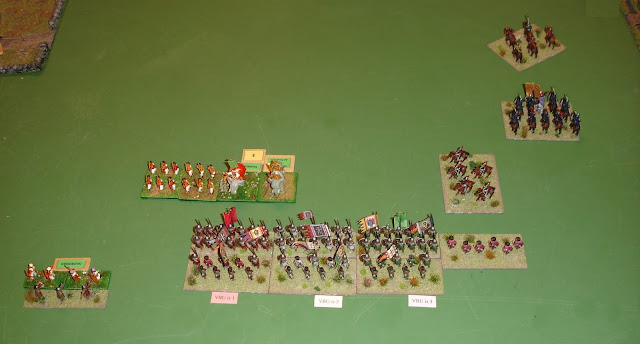