Another practice game as part of the club's Basic Impetus League competition.  My Byzantines and faced Mark B's Sassanids. 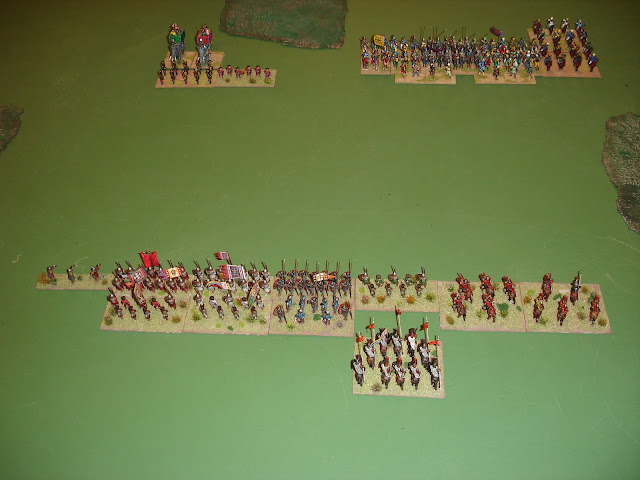 I was out scouted again.
Not sure it made any difference. 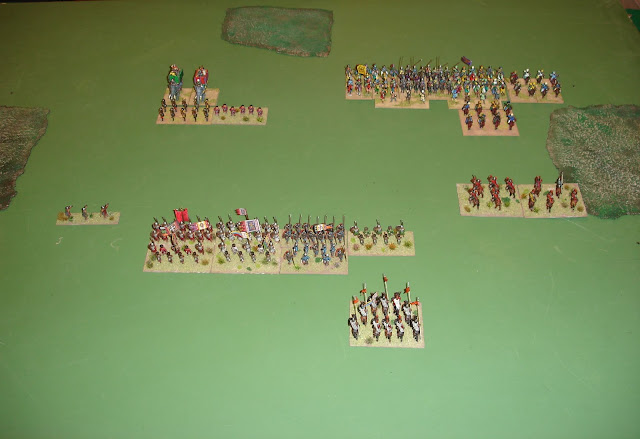 They advanced, we tried shooting at them. 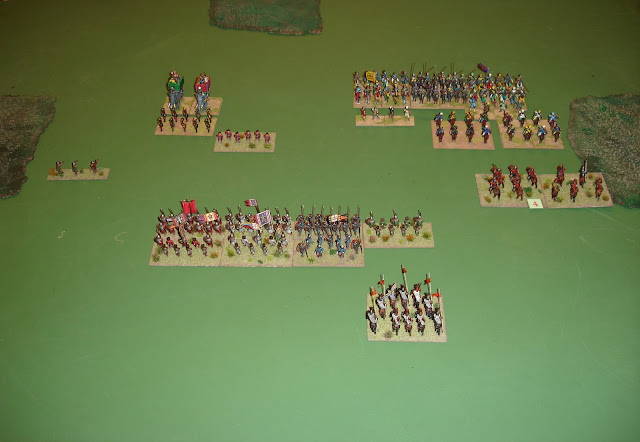 I'm getting aggressive on the flanks.
My archery is woeful. 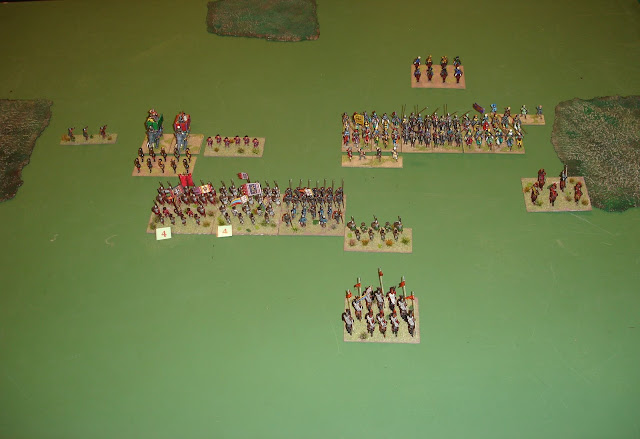 We are both down a light cavalry unit after three turns. 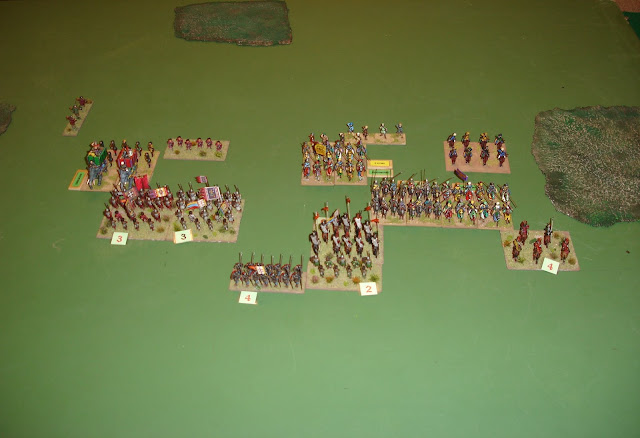 But now the grind begins. 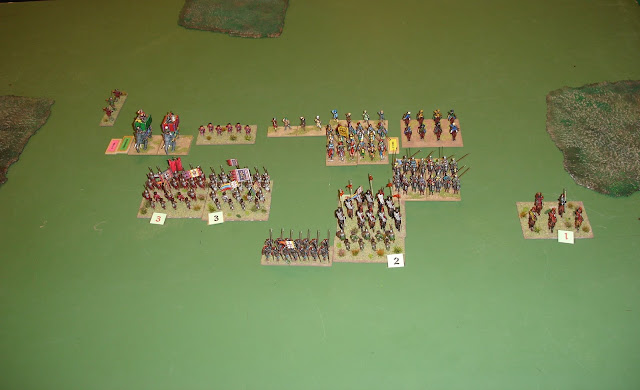 The elephants on the left have been pushed back
and my light cavalry on the right has prevailed,
but at horrendous cost.
The two elite cavalry units with the respective generals keep on fighting. 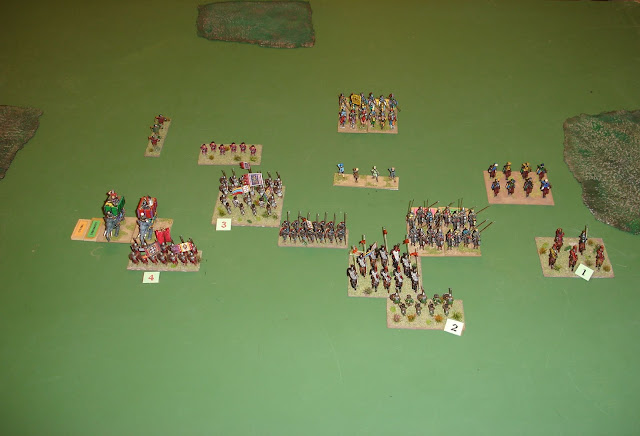 And still they fight. 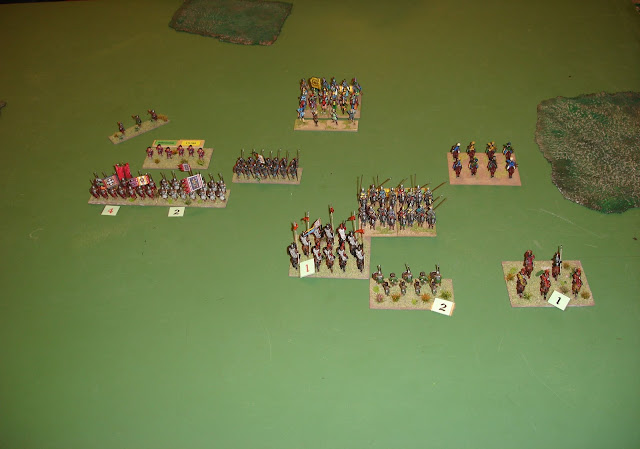 And fight some more... 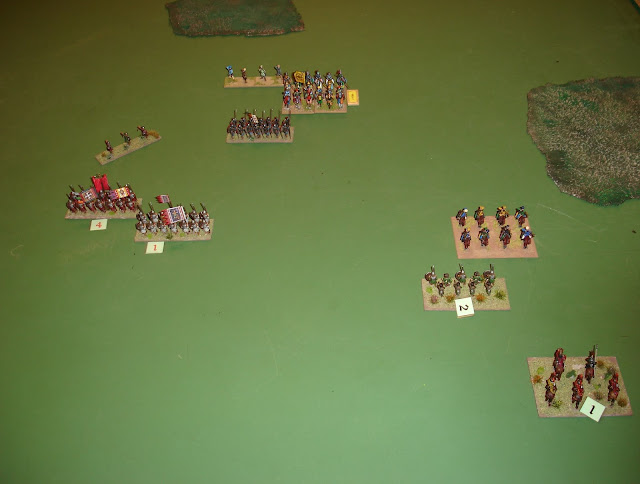 Till both units are no more.
Draw.

My new chits worked a treat.  So easy with a laminator, but I'm thinking I might like them a bit smaller and thicker.
Posted by Sun of York at 9:04 AM