Another great looking game from GMT that is playing well.  Just a few tweaks to learn to the existing game system used in the series.

I am lucky Richard has the space to set up.  He went Axis. 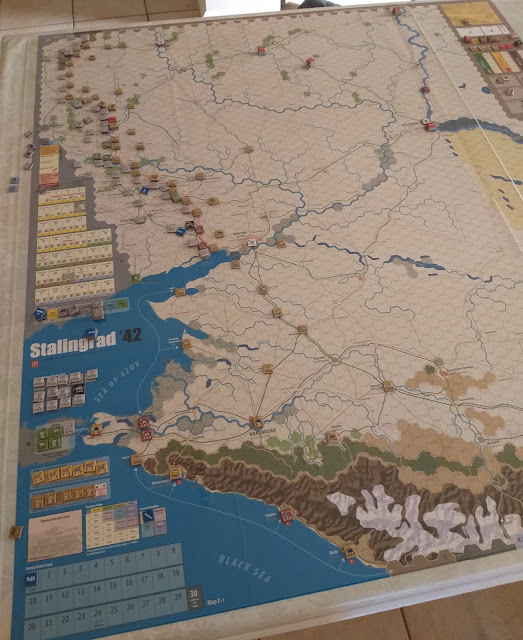 It's a big game, but with wide open spaces as you can see.
These images were taken with my phone and I have not compressed them,
so clicking on the image will bring up the whole 5MBs. 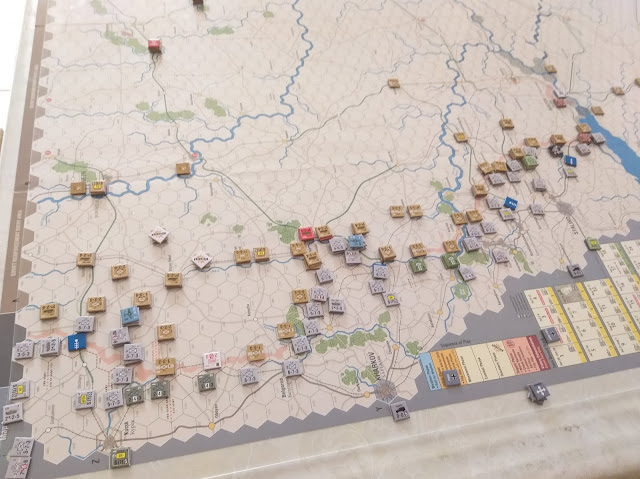 End of Turn 1.
The Axis have pierced the Soviet line in two places
Note the spearheads with the light blue aircraft counters.
Air support stays with the combat units which is different.

Turn 2
The Soviets have started an orderly retreat.
The Axis start an offensive towards Rostov 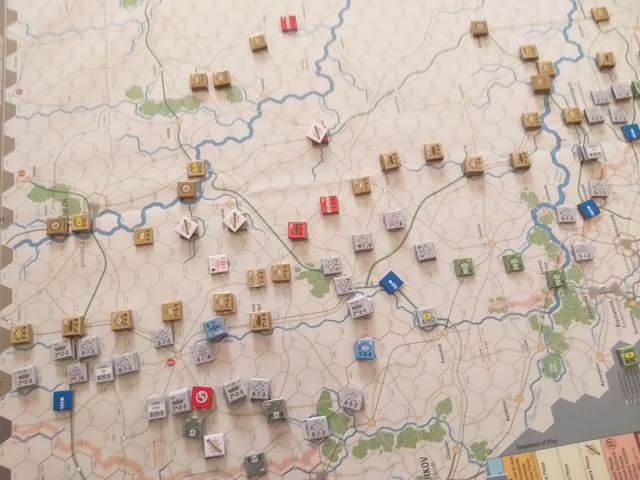 Turn 3 in the north.
The Soviets have lost a few units,
but still have an orderly line that is carefully retreating. 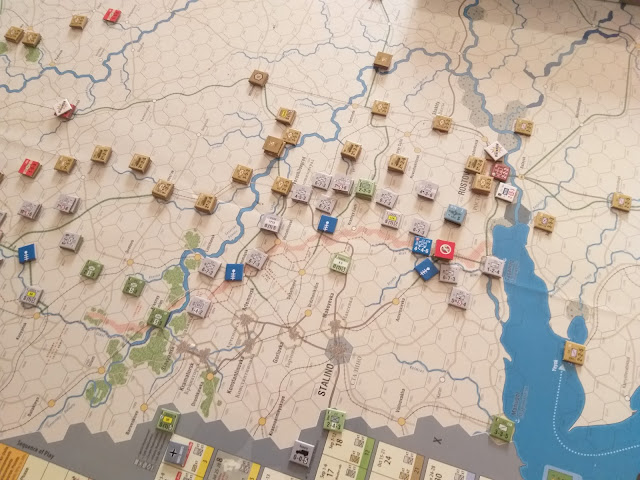 Down south the way is open to Rostov.
It will be a battle of attrition.
The Axis will need to break around to cut off reinforcements to the city
if they want to be able to capture it. 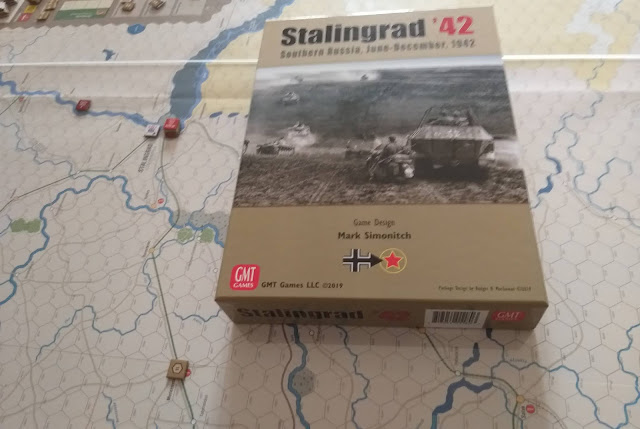 It is still a long way to Stalingrad.

Richard tells me the game is following the historical timetable so far.  Victory is achieved by the Axis in capturing various locations that are marked with a red circled number.  As the game progresses they need to capture more and more to avoid a Soviet victory.  It was the same system as used in Ukraine'43 and works well in maintaining tension.