Another session and Richard thought it might be nice to show the accumulated losses at this point. 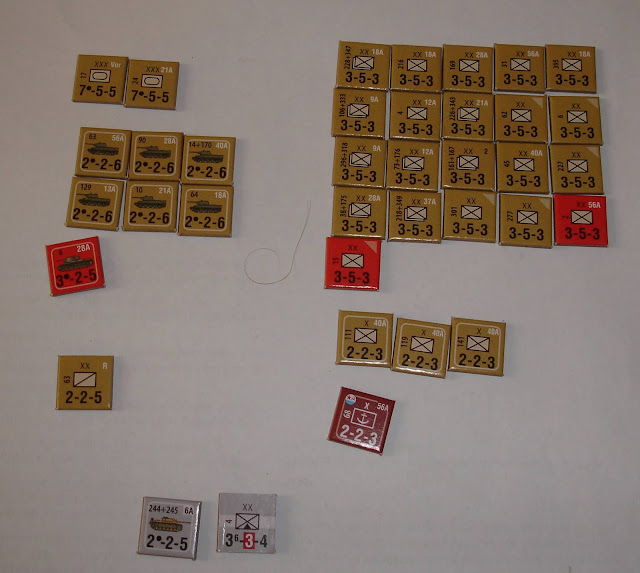 As the Soviet units only have two steps they get removed pretty quickly.
The German units have three steps. 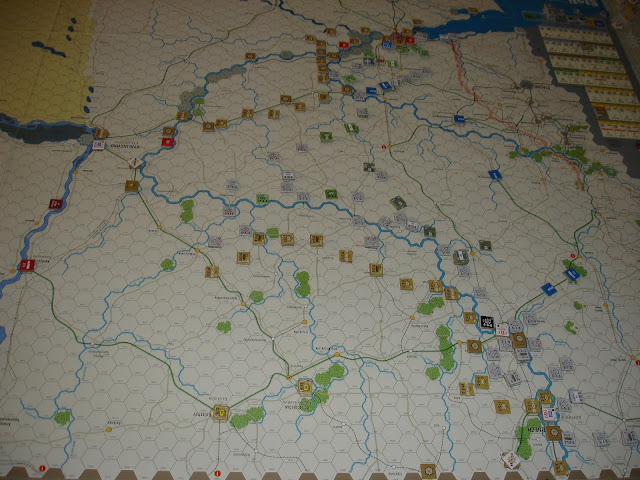 Too late I had left a gap in my lines that has allowed the Axis to penetrate the northern river line
and cut the rail link to Stalingrad.
Whoops! 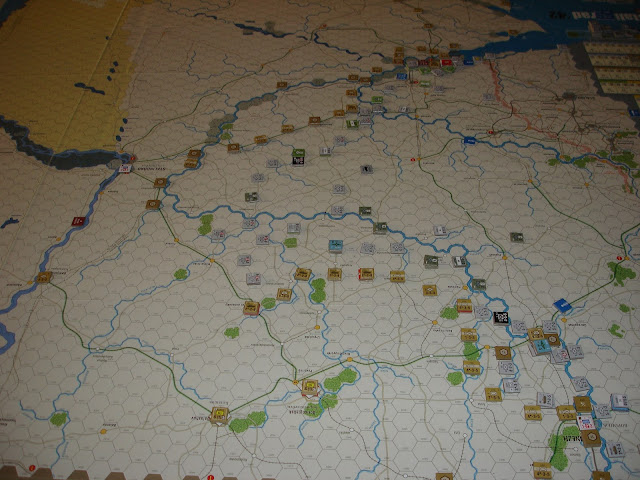 Holding Rostov in the south and Voronezh in the north,
the centre is folding back.
Getting reinforcements to Stalingrad is going to be problematic. 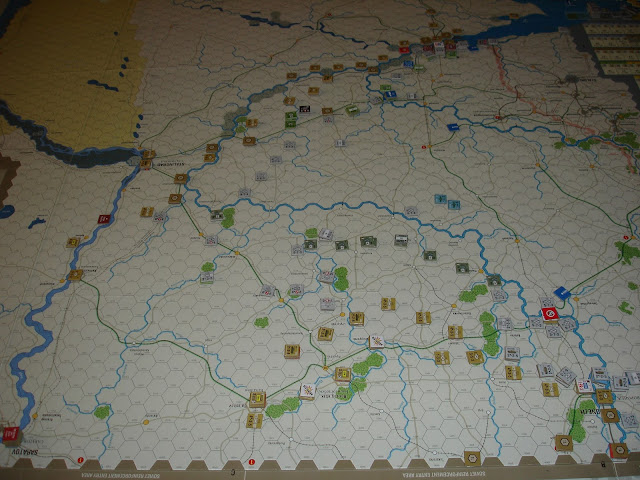 Will I have enough to hold the north?
It seems this is where the Axis effort is being made.