With the start of September/October the Allies needed to win the initiative, failing that we needed bad weather.  Well, we won the first roll, but then the Axis demanded a reroll and they won that.  Then they rolled clear weather for all zones. 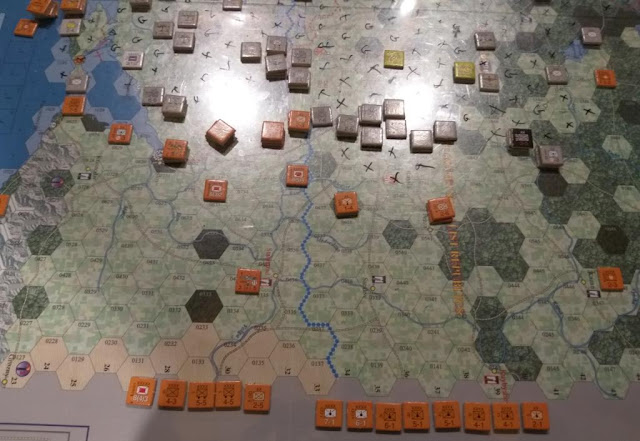 Things weren't all bleak for the USSR as they did get significant reinforcements.
This was on top of a number of returning militia which have already been placed. 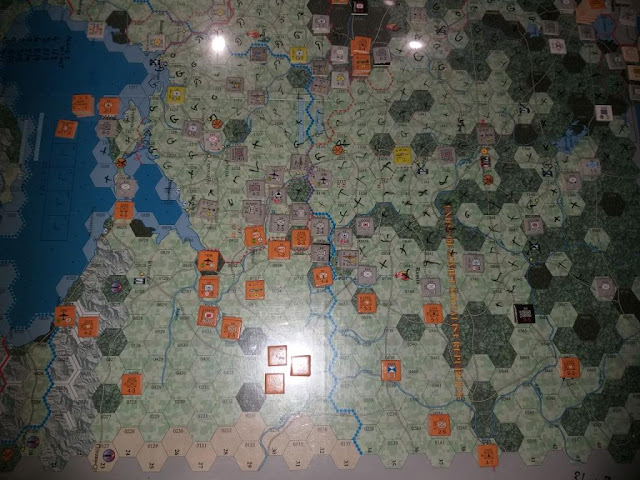 Just one impulse and one major attack by the Germans.
The USSR is trying to retreat and leaving small units behind as roadblocks.
The Axis are able to make massive attacks,
but only one at a time, so length of turn is critical to their success. 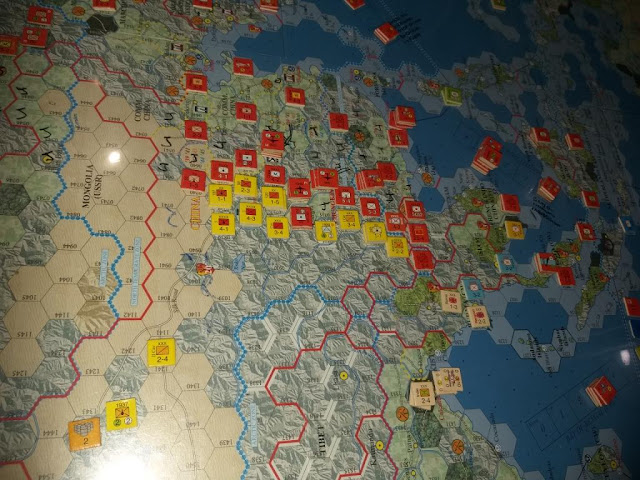 Japan, while now busy in the Pacific (and capturing Singapore, but with substantial losses),
can still launch a major attack on the Chinese front which is now crumbling.
The last Chinese National factory and its resource were lost so just one Build Point from here on.

Just one impulse completed this session, but weather was rolled for the next impulse.  Clear everywhere again...
Posted by Sun of York at 2:16 PM