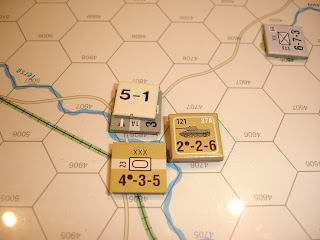 The Soviets make their first counterattack at Yelan.

This was so exciting I forgot to take a photo of the end of turn 11 position. 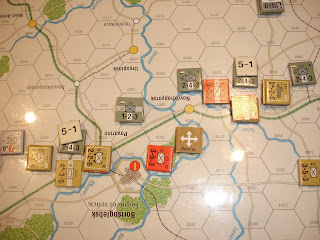 The previous attack was a success and on the next turn a further two attacks were made. 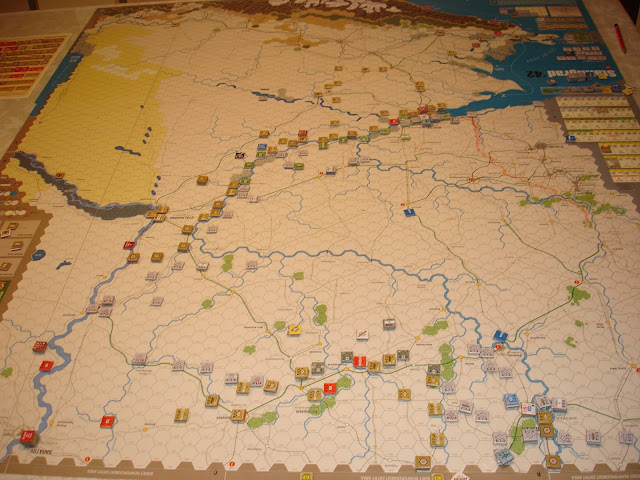 While the Axis have a bridgehead across the Volga and along the Don south west of Stalingrad,
they are still held up at Rostov and Voronezh. 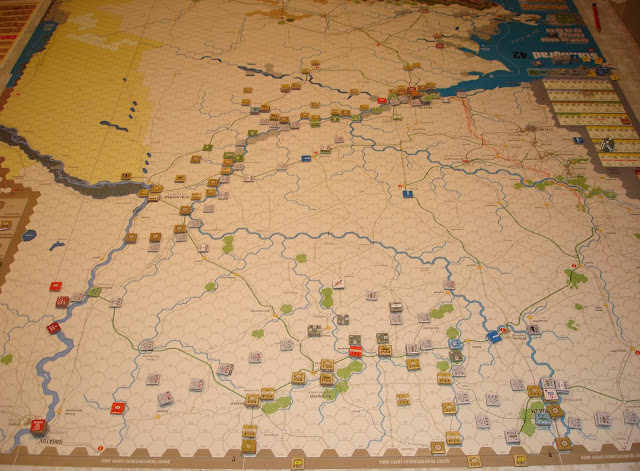 The northern front has drawn the panzers back.  The Soviet offensive against the Hungarian army has been halted. The incursion across the lower Don has seen the release of the Caucasian front troops and they are hurrying to contain the threat.  The bridgehead on the Volga has also been blocked from further breakout, not that the Axis can spare any troops to do this.

This game is playing really well, giving both Richard and I headaches in deciding what to do.
Posted by Sun of York at 7:07 PM