A Walk in the Dead Woods again.

This was basically a repeat of the previous game, details of which can be found here.  Stephen took on the role of the denizens of the Dead Woods, while I thought I could do better as the goblins.  I had a cunning plan.

The aim is for the goblins to scout the wood, visiting each of the six patches of trees, while pretending to take their dog for a walk. If the dog wanders into a patch of trees it will dig up bones which can turn into skellies who will attack the goblins.  If the dog gets straight 1s for its activation, the dryad will appear randomly in a patch of trees. 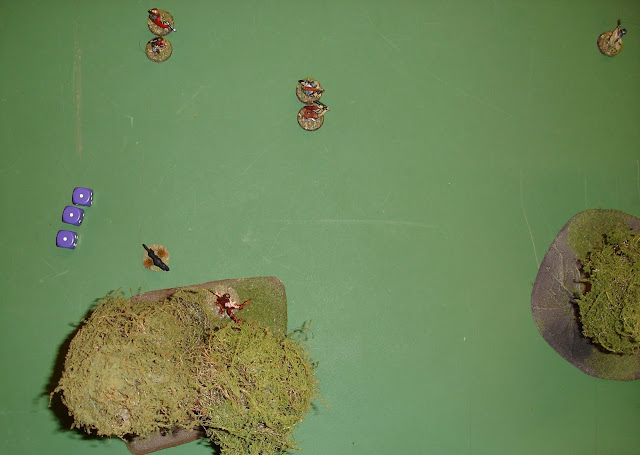 Things were going well until the dog fouled the environment,
awakening the dryad, protector of the forest.
However her charms failed to stir the goblins and she was not bothered again. 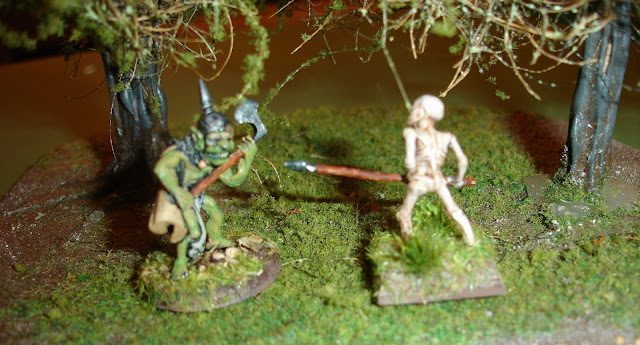 The dog ran hither and thither and failed to dig up any bones.
So I thought that it would be okay to have the goblins activate skellies
when they reached a patch of trees. 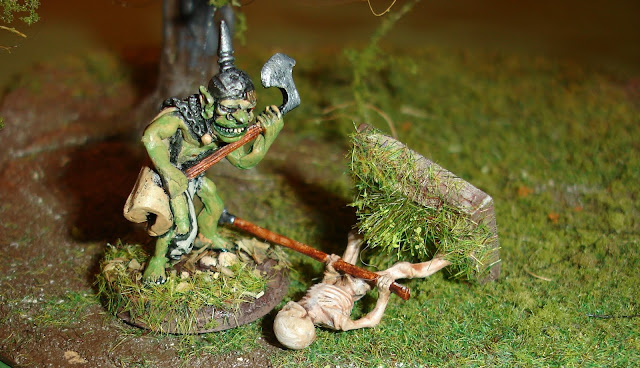 Just one skellie appeared and it was easily dispatched. 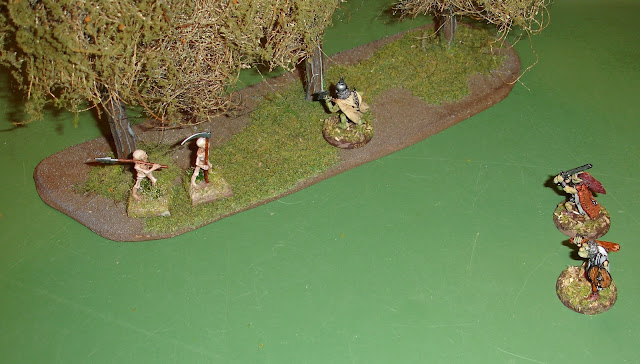 Next patch of trees revealed two skellies.
My plan was to keep the goblins together,
so two are rushing forward to help. 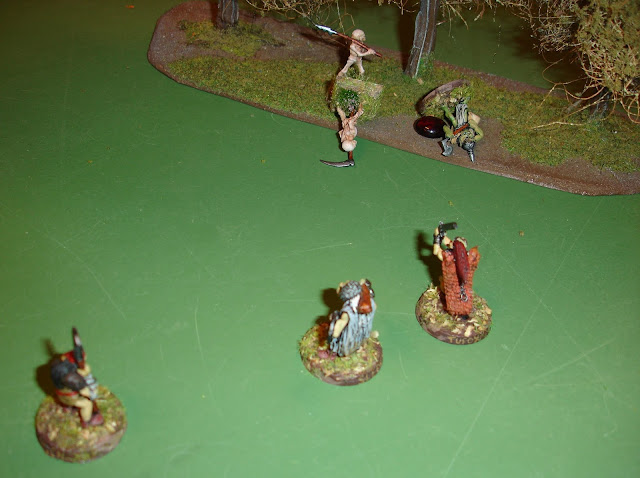 Goblin down!
His mates failed to get to him in time. 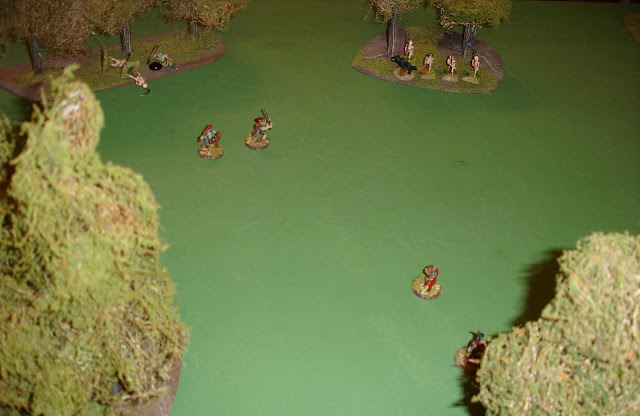 But then the dog goes and digs up four skellies. 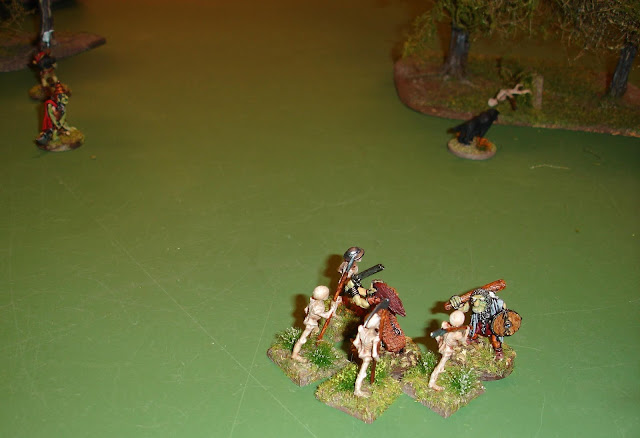 The goblin reaction is slow and they are feeling a bit overwhelmed. 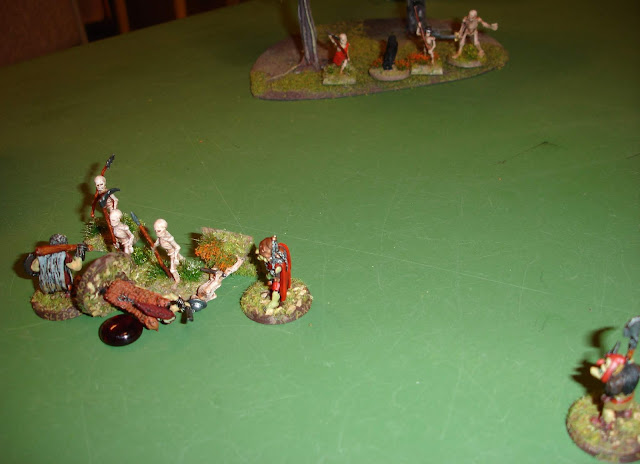 Another goblin falls in combat. 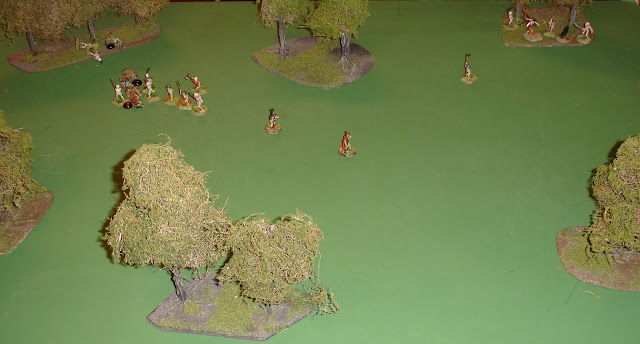 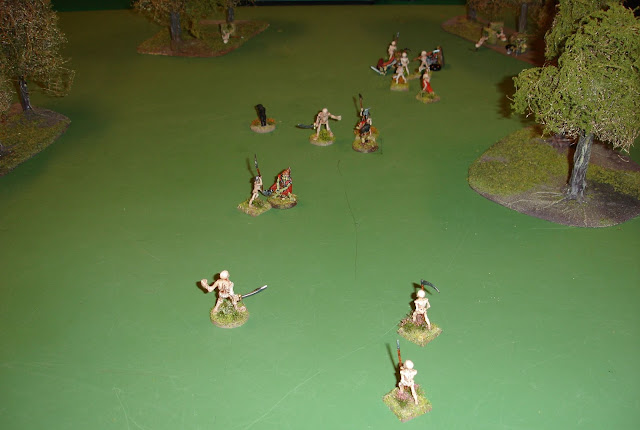 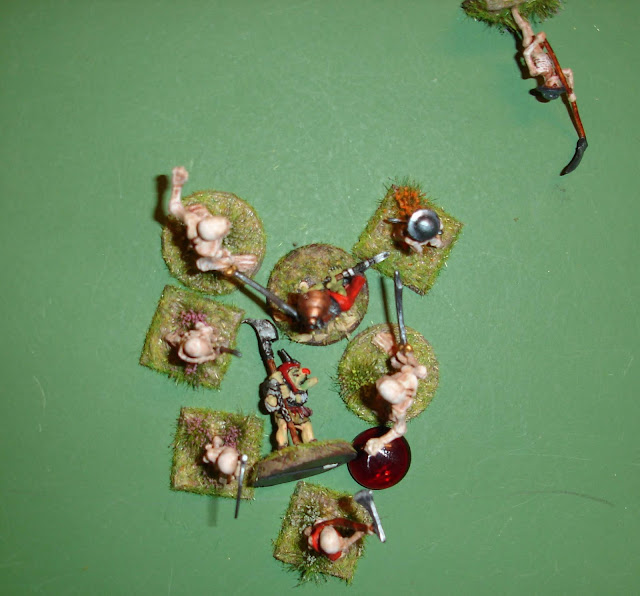 The goblins fail again in their attempt to scout the Dead Woods.

Having the goblins activate skellies was a bad move, but the dog wasn't doing much to start with and I was feeling sorry for my opponent who consequently had nothing to do.  The dog was moving very erratically as it was changing direction with each success, having just a single direction and then making a number of moves based on the number of successes is a better way to produce results (i.e. random generation of skellies).

This time the dryad had the Transfix ability, that if successful would have lured the poor goblin to its potential doom.

Having the skellies Q3 while the goblins are Q4 is probably not the best.  Perhaps if they had a leader?  But would anyone want the job? 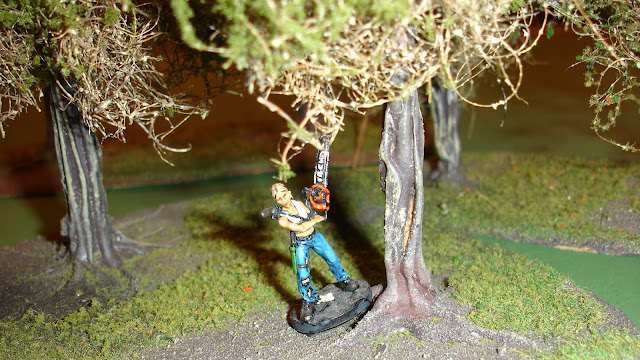 Email ThisBlogThis!Share to TwitterShare to FacebookShare to Pinterest
Labels: Fantasy, Song of Drums and Shakos