Bit of a time warp, but Dave and I were giving Impetus Second Edition another go and trying out different armies.  His are old Minifigs and mine Tin Soldier. 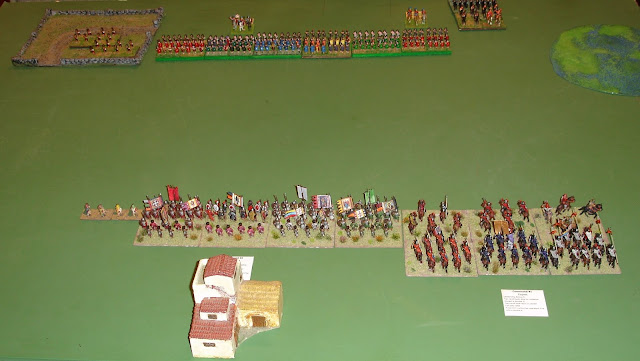 I can just make 400 points with my Byzantines,
but I'm yet to purchase figures for the command stands.
I normally run duplicate commands, but this time I went for one foot and one mounted.
Luckily I won the deployment rolls and deployed second. 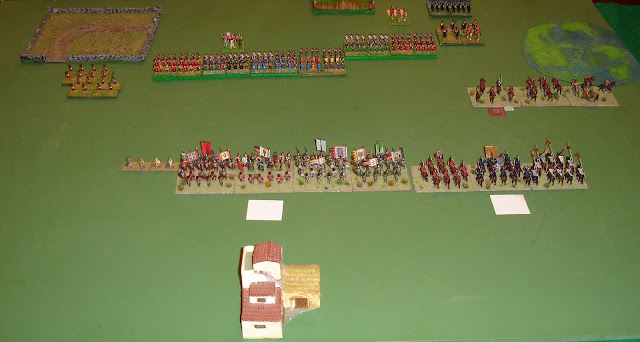 We were in action with the very first turn. 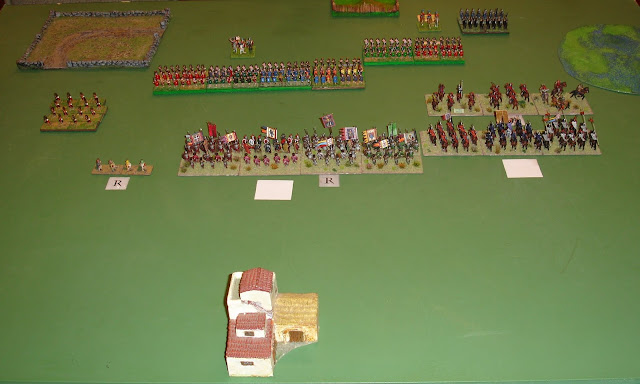 We have now learnt how to do reaction fire
and our game became a whole lot more interesting. 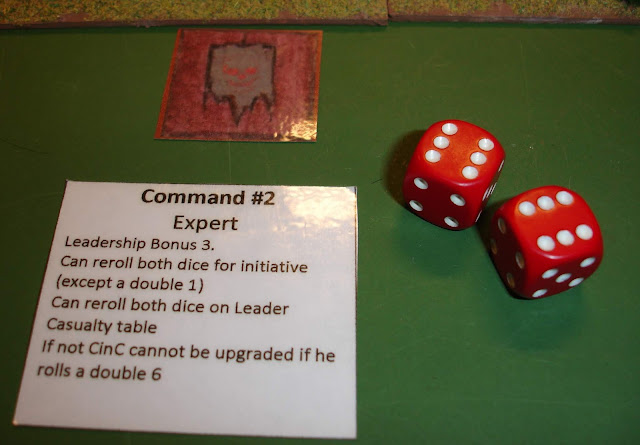 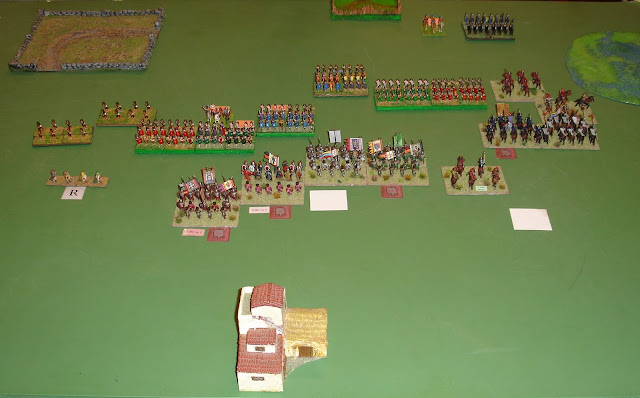 Turn three and I'm struggling a bit, well a lot,
one of my cavalry units disintegrated,
however I am working around the Roman's left flank. 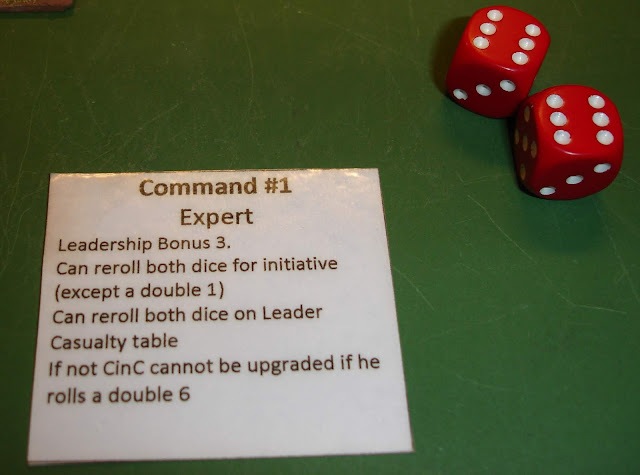 What's not to like about a set of rules that upgrades me to Genius? 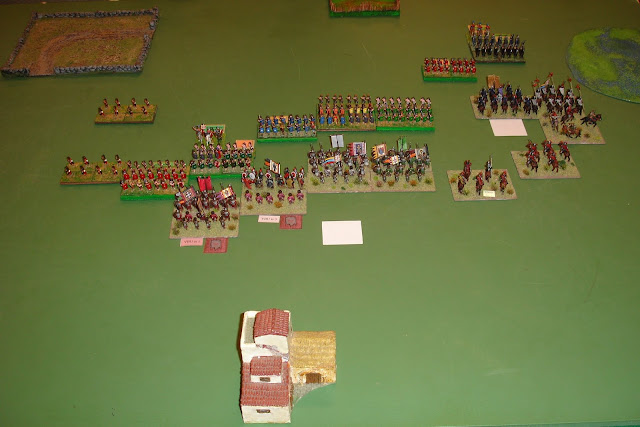 I don't need my foot to win, just to hold up,
while my cavalry do their magic. 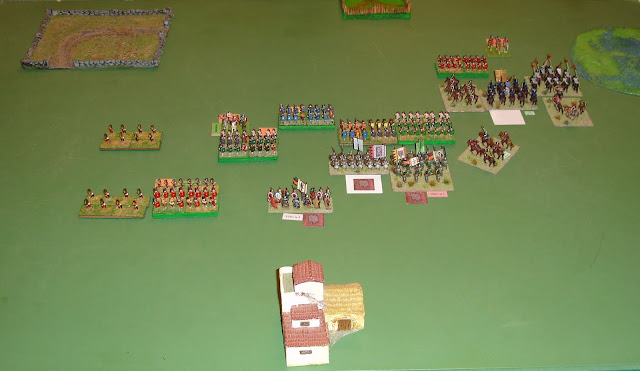 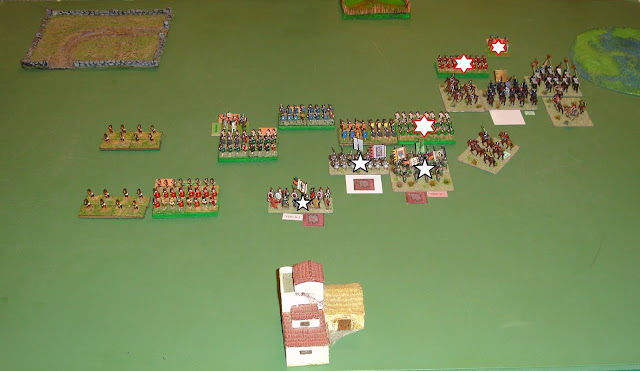 On turn five both sides lost a command (as marked by the stars - these units break),
sadly my slightly smaller army and the aforementioned lost cavalry unit,
tipped my side over its breaking point.

An excellent, tense game.  And I must get some command figures!  The ones I have are all embedded in the units which is fine for Basic Impetus.

And here's an action replay to finish off with: