Two games of Rommel in one week - how good is that!

Today's game was from a scenario on the Hexes and Miniatures blog.

More importantly for me, it was the first use of much of my WW2 15mm forces for the purpose of which it had been purchased and subsequently expanded, in fact the Italian units I specifically made for this battle, along with the Lee and Stuart tanks. It was the first time for some of these units to appear on the table top.

Simon went US and I went Axis based on a die roll.  It was daunting to be faced with attacking, but once things started rolling...

Deployment.  The US are dugin holding the passes. 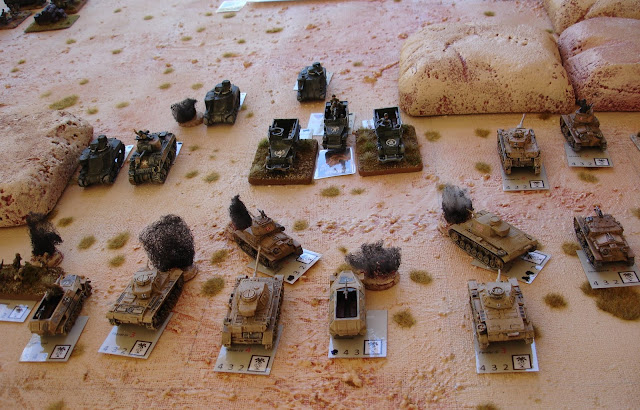 It's a war of attrition for the main pass. 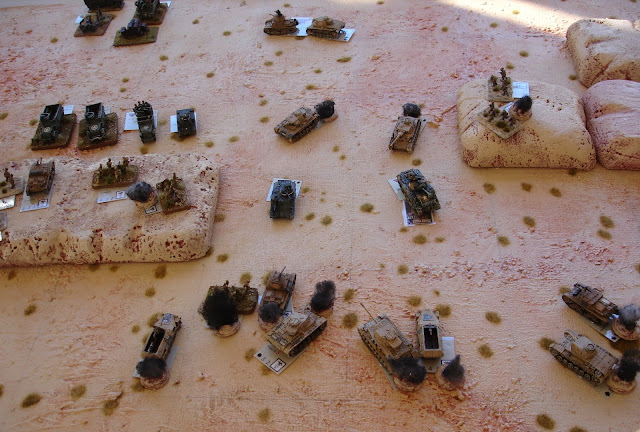 Which the Axis are winning.
They have also scaled the heights. 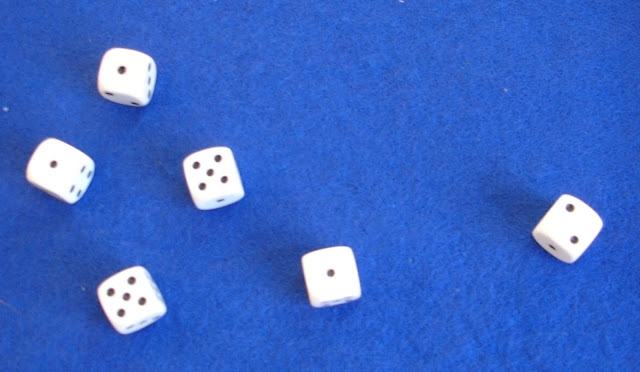 A US ops roll.  Anything but one's are good. 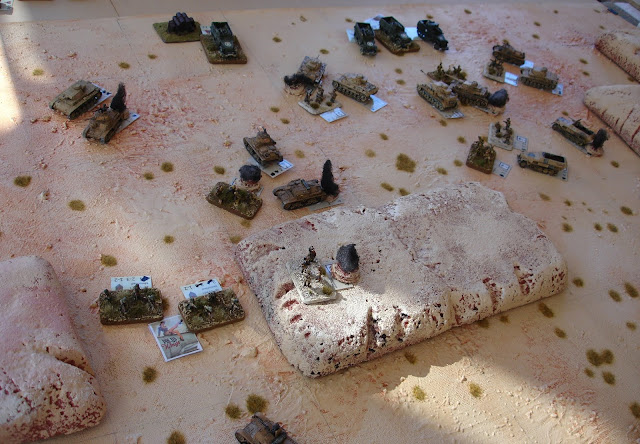 By Turn nine, or just around midday, US forces collapse.
The Axis have taken a lot of casualties, but CCB of the 1st Armoured has been wiped out.

A tricky scenario this one.  Normally you have to watch for counterattacks, but the weak US attack ratings and the large number of Axis forces, make that close to impossible.

I would suggest making the mountains impassable to armour and possibly extend that to all motorised/armoured troops (they would have to debus and advance as leg infantry). That should extend moving between the terrain and diagonally adjacent enemy units as well, as in the game the Axis were able to get round behind the US troops and into their rear area with ease.

After the first flurry of events and tactics, I settled in to a lethal combination of double impulses.

This is the description of the battle from Wikipedia:

The Afrika Korps Assault Group began moving along the Hatab River valley towards Haidra and Tebessa in the early afternoon of February 21 and advanced until they met defenders consisting of the U.S. 16th Infantry Regiment, 1st Infantry Division and Combat Command B of the U.S. 1st Armored Division at Djebel el Hamra. The German–Italian force was halted and despite heavy pressure, including air attacks, failed to dislodge the American defenders.[33] Having brought the Axis drive towards Tebessa to a halt, General Paul Robinett and General Terry Allen now turned their attention to planning a counterattack that was to take place the next day, February 22. Plans made by both sides were upset by the battle, and the Axis forces (5 Bersaglieri, a Semovente group from Centauro and 15 Panzer) launched another assault on the U.S. position on the morning of the 22 February. Although the American defenders were pressed hard, the line held and by mid-afternoon, the U.S. infantry and tanks launched a counterattack that broke the combined German and Italian force. More than 400 Axis prisoners were taken as the counterattack was pressed into the Afrika Korps position.[34]

What I would really like to do is play the campaign for Tunisia out as a series of battles.  I just need to collect my sources and not sweat the detail.