These figures came from Bill's gift plus some spare figures that Simon passed on.  They are a mix of manufacturers and I've based them up for use with Rommel, Crossfire and Blitzkrieg Commander, but I imagine they would work for most WW2 rule sets.  I went a bit overboard with the mix of tufts, but I'm very happy with the finished result.

The paint scheme was VJ Field Grey over a Tamiya Flat Black.  Some of the equipment I then detailed, the flesh and weapons obviously, but the big secret was a dry brush of VJ Buff that really brought out the detail. 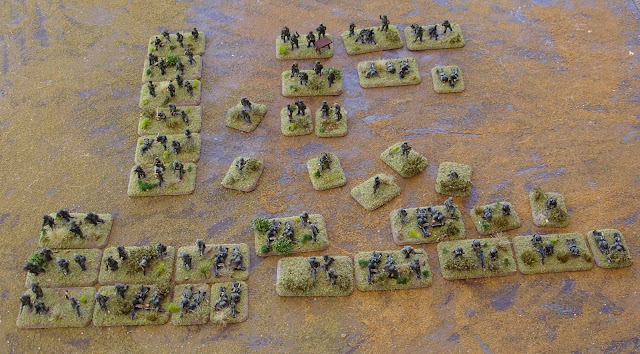 Mainly PSC figures in the above image. 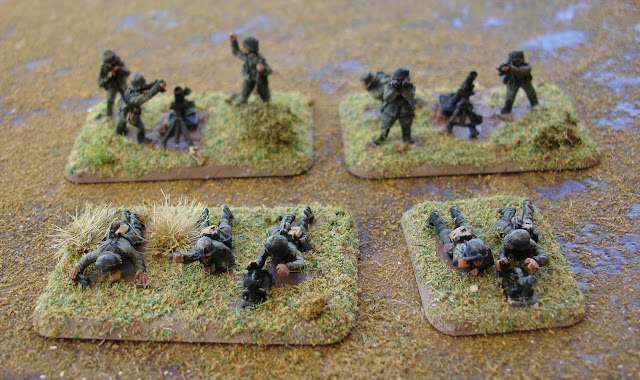 Rear area troops.
Perhaps the table needs a map,
but they are just about to go into action and so it has been folded away. 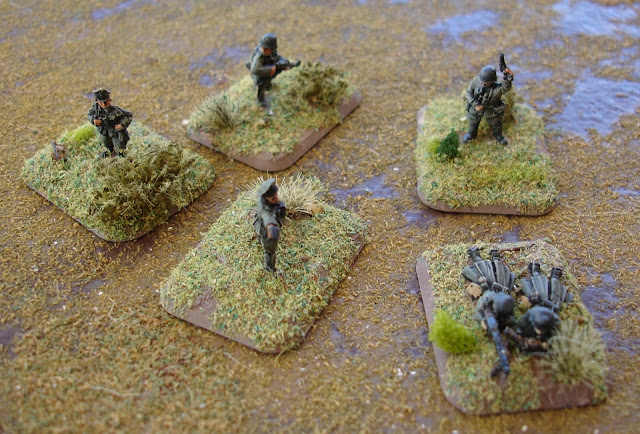 Some singles to act as commanders for Crossfire.
The guys in great coats with the machine gun demanded their own base,
but I now see I could have tried to get the ammo belt to match up better,
it is not so obvious on the table top. 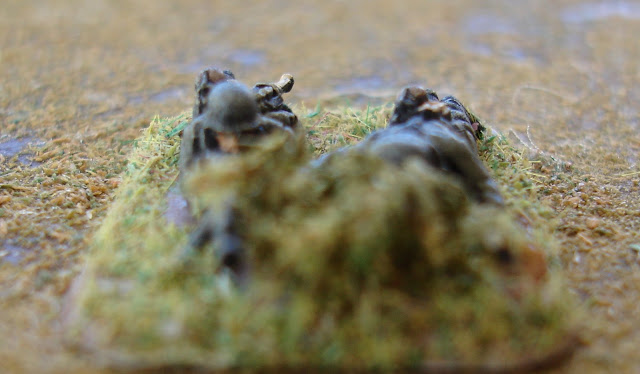 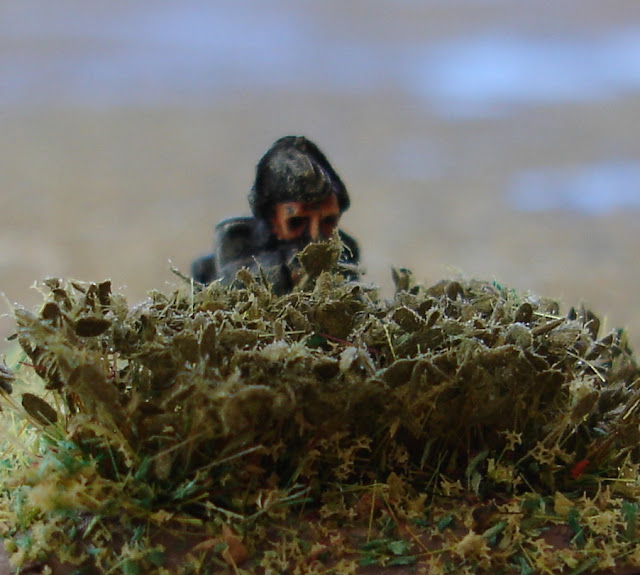 Hiding behind a hedge, calling in a strike.

More spotters, although the binocular guys went to the MG crews as we'll see... 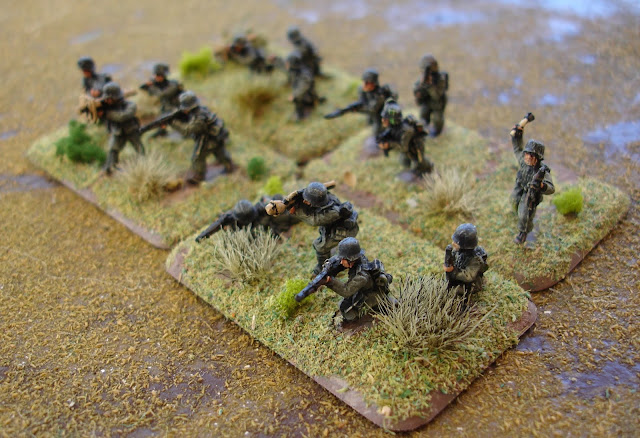 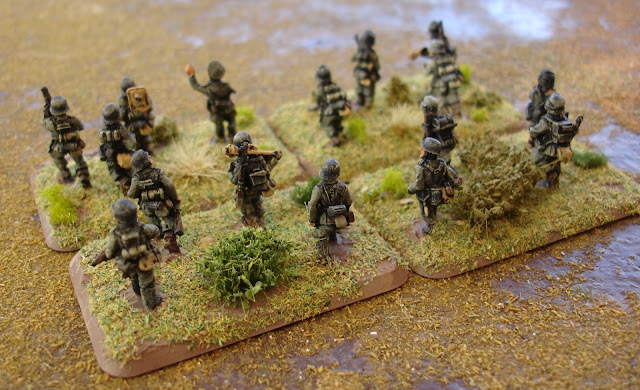 Infantry advancing.
In this image you can see extra detail that went into these figures,
but it is the dry brush that has really enhanced them.

Some of these figures are from Command Decision.
Posted by Sun of York at 2:01 PM