Scheduling is proving difficult, but yesterday Richard and I got in another three turns.  I was very happy as the weather was clear, Richard less so.  The first two turns AAR can be found here. 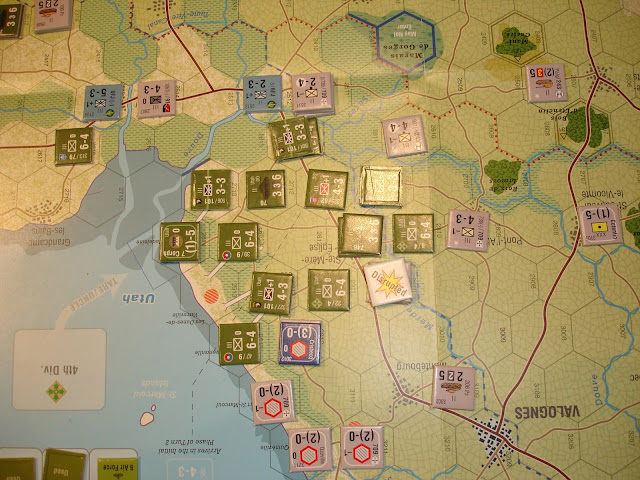 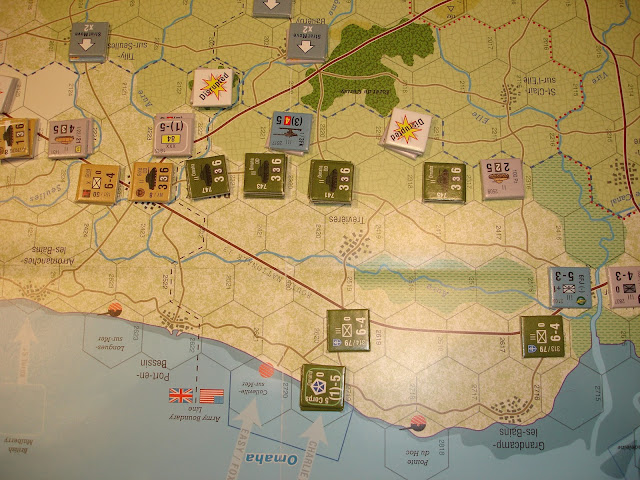 The very successfully Omaha Beachhead.
There was no bloody Omaha this time round. 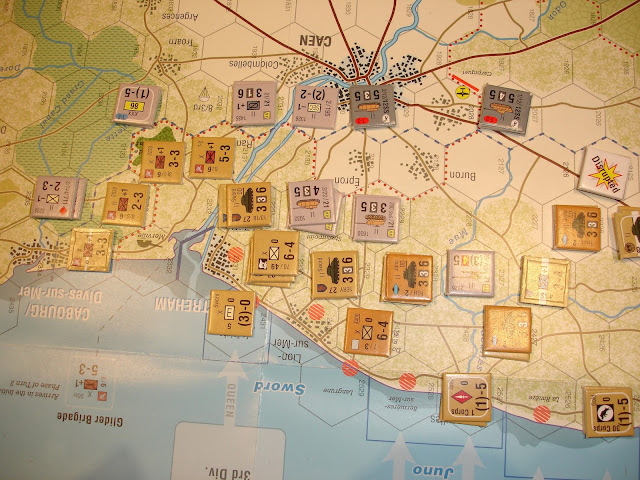 The bloody beaches had been on the Commonwealth's side,
except for the very successful parachute landings. 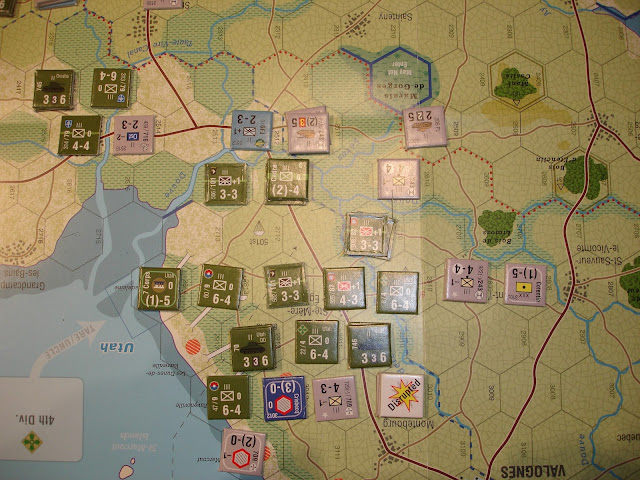 Day 4 and the weather remains clear.
The fighting for Crisbecq continues (the dark blue counter). 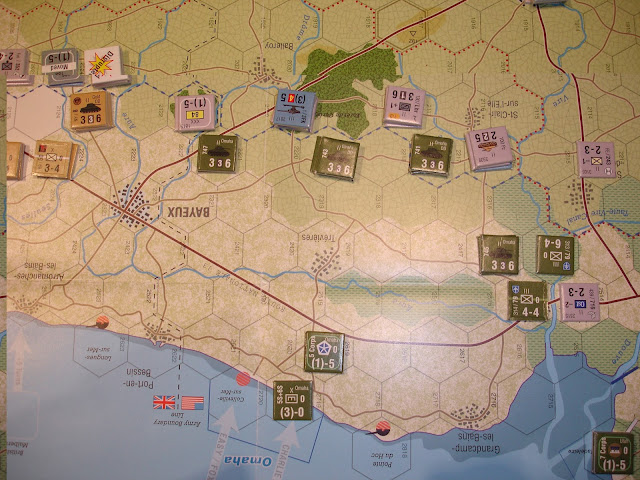 The 79th Division, recently arrived, is given the task of capturing Carentan,
which has been made easier by German withdrawals. 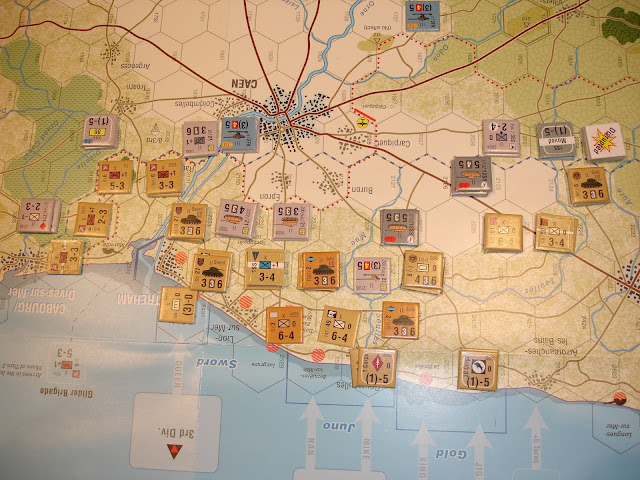 Counterattacks from the 12SS Panzer Division have been withstood,
the allied build up continues, getting ready for some attacks of their own.

One feature of this game I like is the historical record provided as part of the Turn Record Track. 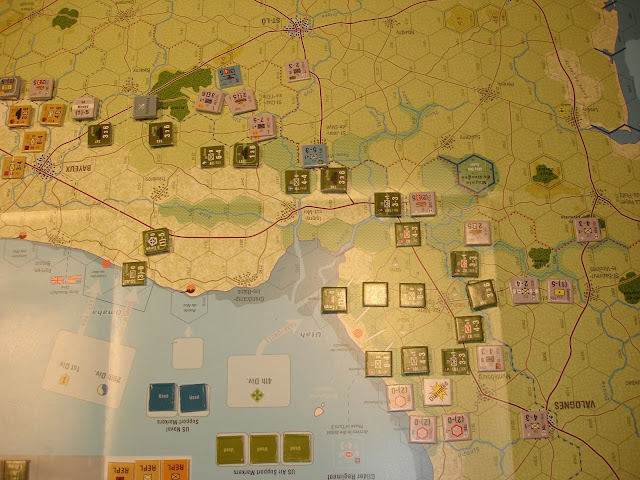 End of Day 5, June 10, and the two US beachheads have linked up.
German counterattacks by the Panzer Lehr on the 29th Division have been gruelling,
but so far the US are able to get more troops to the front than the Germans can,
thanks to the good weather.

Crisbecq has fallen which means the US Navy can now concentrate on helping the US Army with its attacks (this was an optional rule we are using which requires half of the naval assets to be used to suppress German shore batteries). 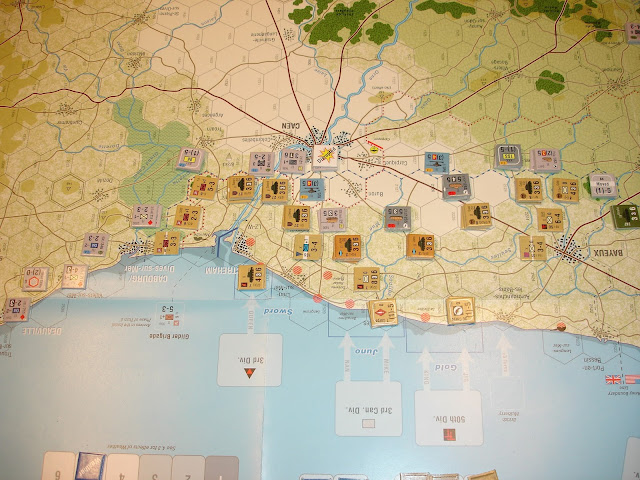 The Commonwealth attacks on the far left have also been successful.
The 7th Armoured Division has started to land.

As the Allied player I am keen to get more units ashore and to keep those already there topped up with replacements.  This will help me survive counterattacks and permit, through selective attacks and applying force all across the front, the chance to stretch the German's to breaking point so they are constantly having to react.

I think the Germans are hoping for storms.

One fascinating aspect of the game system is that you cannot attack or defend with more that 18 strength points.  Once forces are built up attacks therefore tend to start at 1:1 (there are no partial odds and ratios are rounded down) and then rely on combat shilts from troop quality, armour superiority, artillery, airpower and naval bombardment.
Posted by Sun of York at 2:53 PM