Bit of a mixed bag this lot.  Sometimes I'm left scratching my head why I acquired the miniatures, all I can say is that I must have had a good idea at the time, or otherwise I got them because I couldn't pass on a scantily clad female figure.

This figure was completed about 20 years ago. 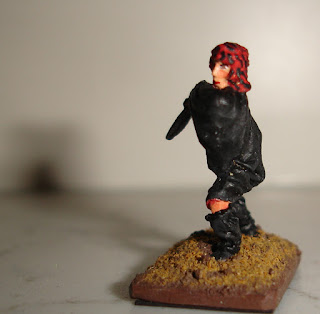 No idea of the manufacturer. 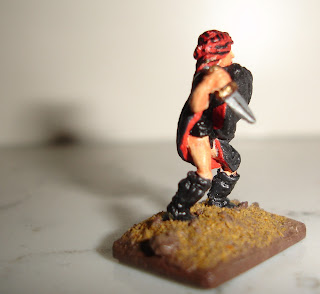 But a good figure.

This next figure was started about 10 years ago, but finished this week. 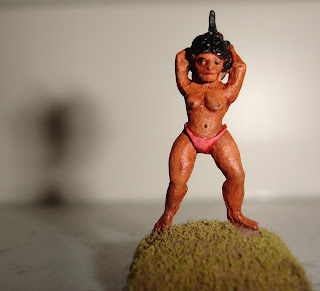 Again, no idea of the manufacturer,
except I think it was the same as the figure above. 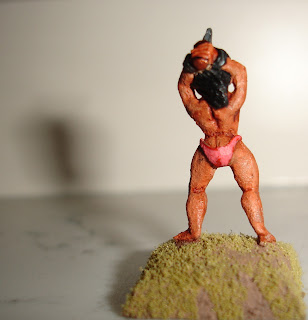 Fleshtones are a challenge,
especially when there is so much of it.

The final figure is SS63 Royal Attendant with vase from Garrison Sword and Sorcery.  She doesn't look like the sample pictured in the Lost Minis Wiki, but I think that is just because her arm has been bent.

I am pretty sure I obtained this figure as a job lot with some similar types (which are at various early stages of being painted and have been so for a while).  My current thought is she can serve as a denizen in a DBA camp and of course there is always Songs of Blades and Heroes to give her an outing. 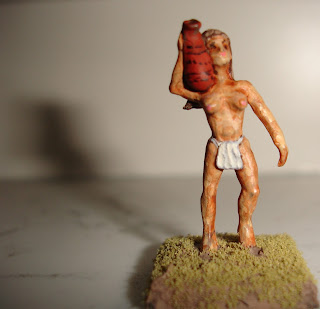 Perhaps not as good a casting as the other two. 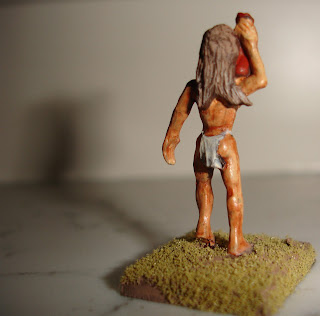 But she came up well all the same. 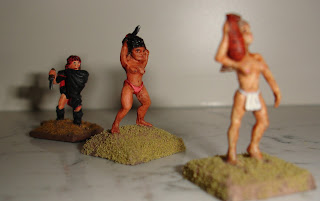 Look out behind you!