Richard and I were able to get another three turns in today.  Play was distracted by an item for sale on The Australian Historical Wargamer Trading Post on Facebook - FOW British Airborne Force.  I had been looking at this with longing and pointed it out to Richard as it seemed a good buy.

But the game must go on, even though the weather was shocking. 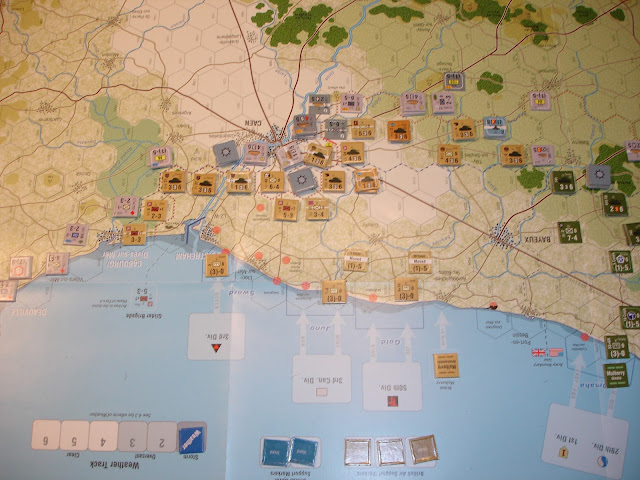 The storm meant any attacks would be lucky to go in at 1:1
The Commonwealth launched no attacks. 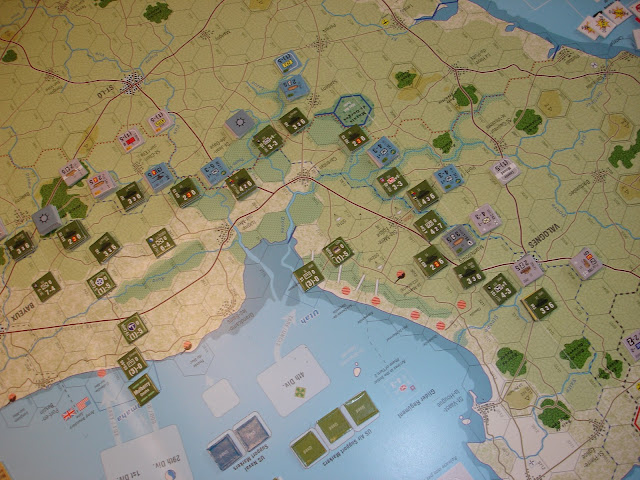 The US were stalled also. 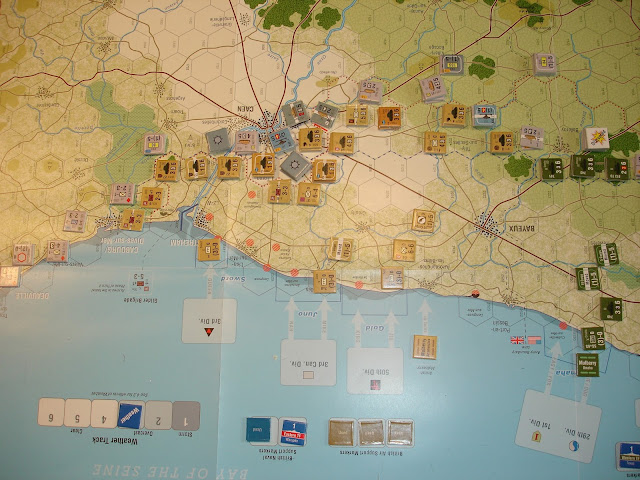 Overcast and both sides started attacking.
The Germans would have attacked in the stormy weather,
but were recovering from the previous setbacks. 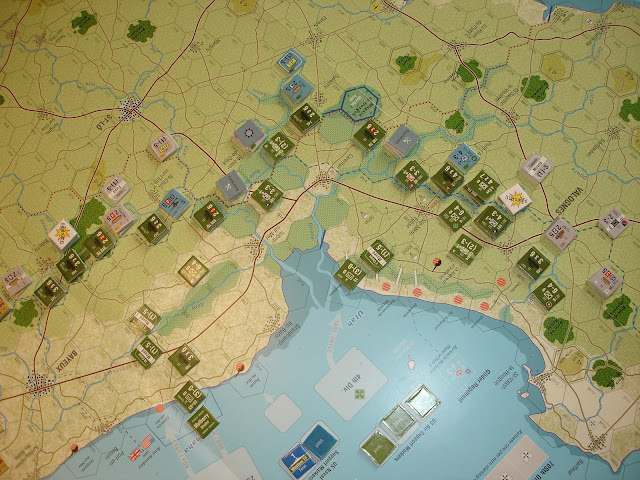 Richard pointed out to me all the Victory Points that were located on the Cherbourg Peninsula.
As a result I got more aggressive with the US forces. 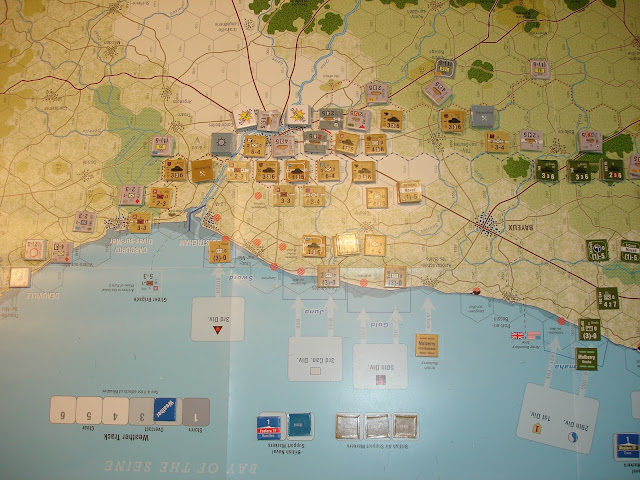 Still overcast, but a significant upheaval occurred before Caen.
The Germans had counterattacked and pushed back two British incursions.
But then the British attacked where the Germans had pulled troops out to attack.

I was lucky when a few German "Determined Defence" turned out to be not so determined.  A tricky little game mechanic that can stop a successful attack. 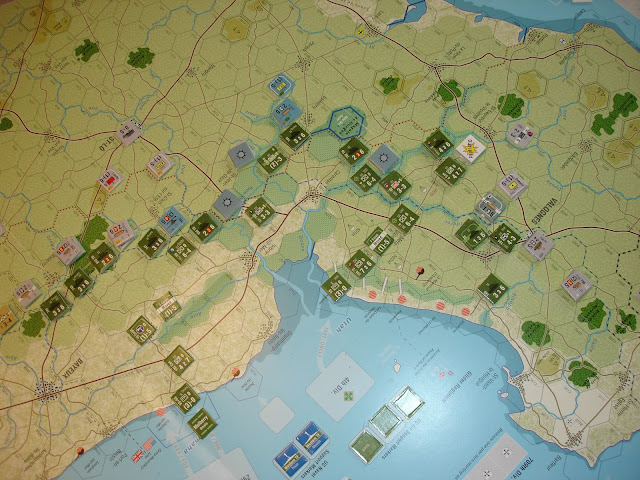 But where it seems to matter ...
What looks like a breakthrough can probably be sealed off.
Fighting on the flooded terrain is no fun.
I also pulled the US forces back from trying to loop round below Cherbourg (right hand side of picture).
Posted by Sun of York at 9:55 PM