The Saga of Vikings versus Scots

Last night at the club Gerry and I had a friendly game of Saga.  It was my Vikings worst performance ever, couldn't hit, couldn't save, could die in droves. 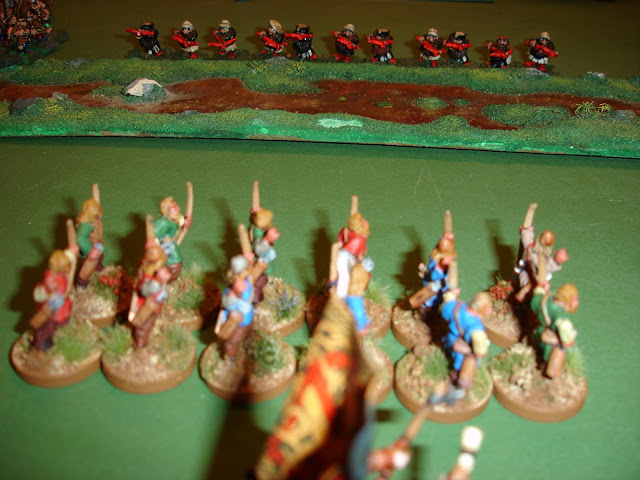 It was scenario 2, Battle at the Ford.
My thralls were placed in the middle and did very little. 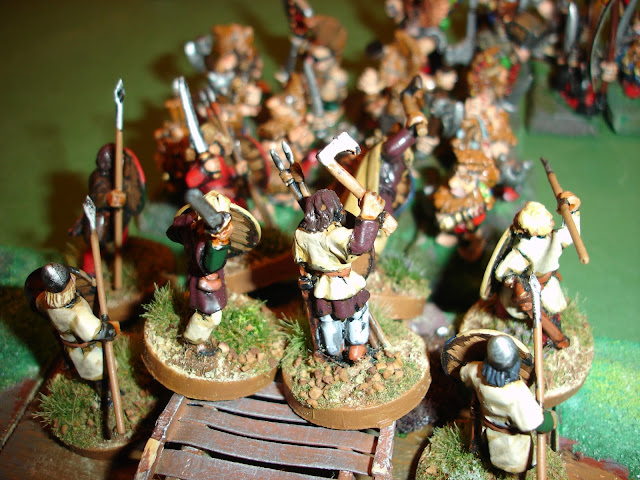 I got in first sending in  party of warriors to take the right hand bridge.
They did no good. 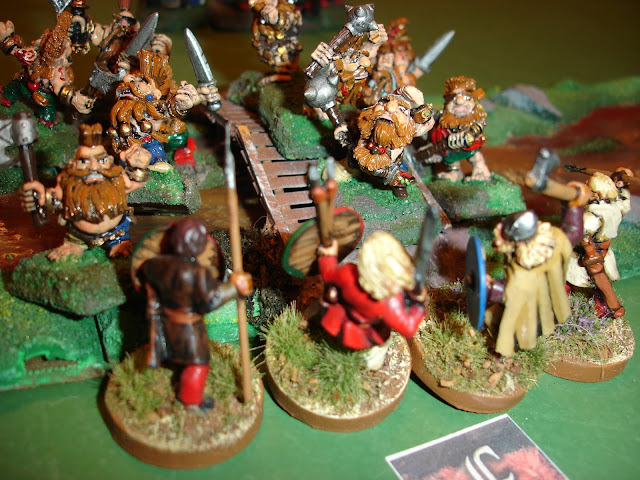 The short Scots then attacked and wiped them out. 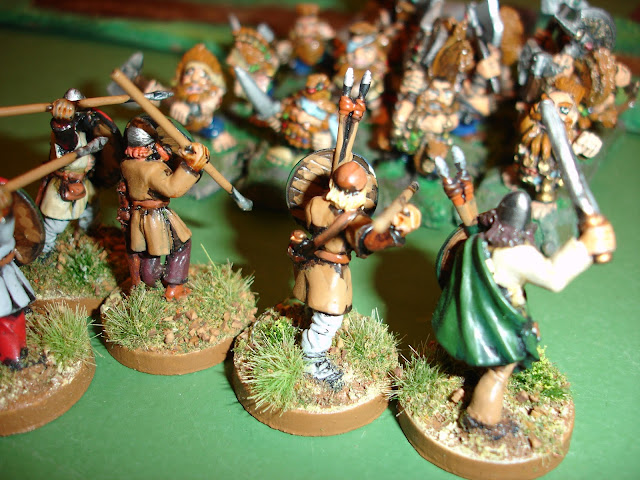 I tried something different on the left hand bridge.
I waited for them.
It did no good.  My warriors were again slaughtered.

On both sides I had bands of hirdmen who I then sent in, hoping they would be able to beat the slightly reduced Scottish warriors.  They couldn't. 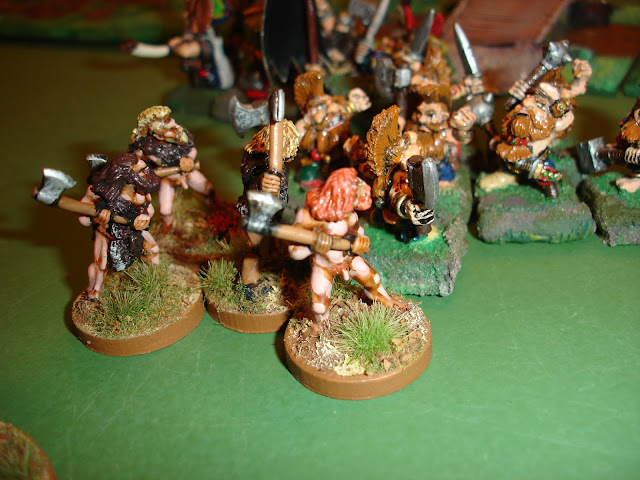 Then is was time for the berserkers.
They had limited success, at least wiping out a band of Scottish warriors,
before being destroyed by a party of Scottish hearthguard.

At least my opponent enjoyed the game.
Posted by Sun of York at 4:02 PM