The fighting to expand the bridgehead continues. 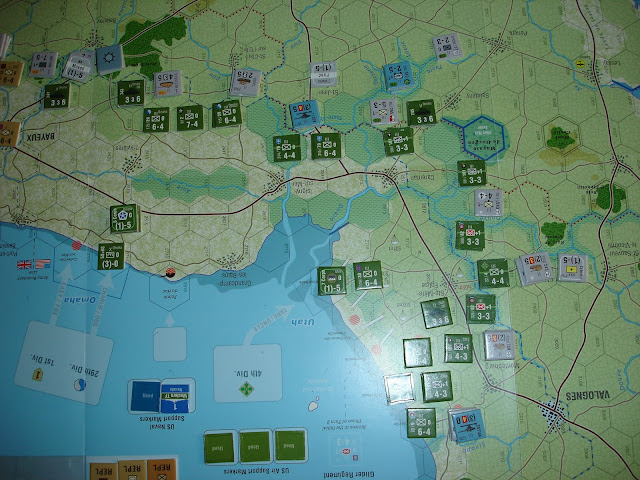 The US beachhead end of June 11.
The expansion is moving slowly. 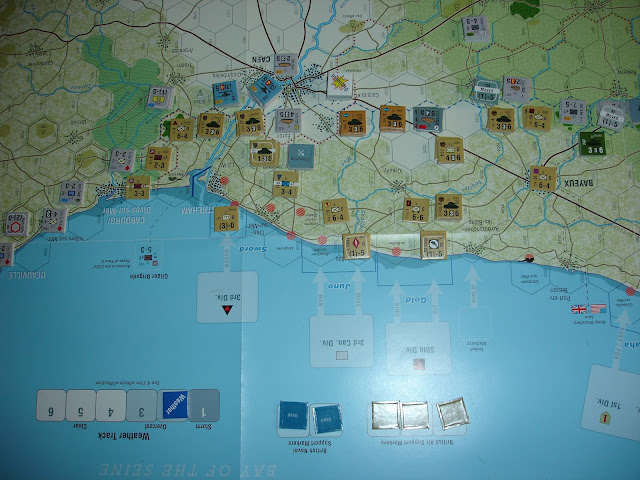 The Commonwealth beachhead.
11 June was Overcast, but progress has been made towards Caen. 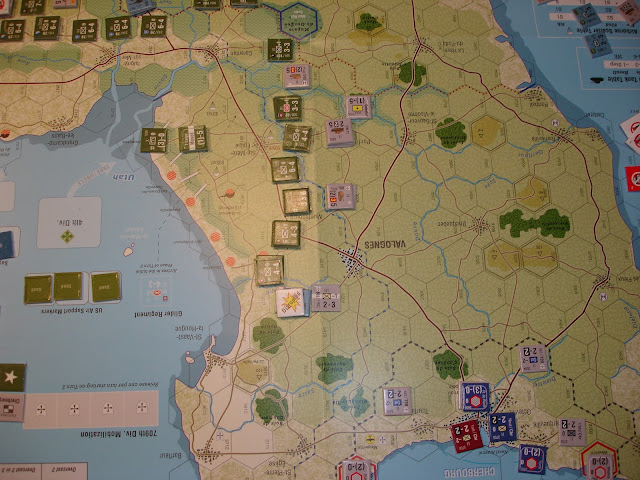 The weather on 12 June 12 was clear.
The American 9th Division pushed on towards Cherbourg. 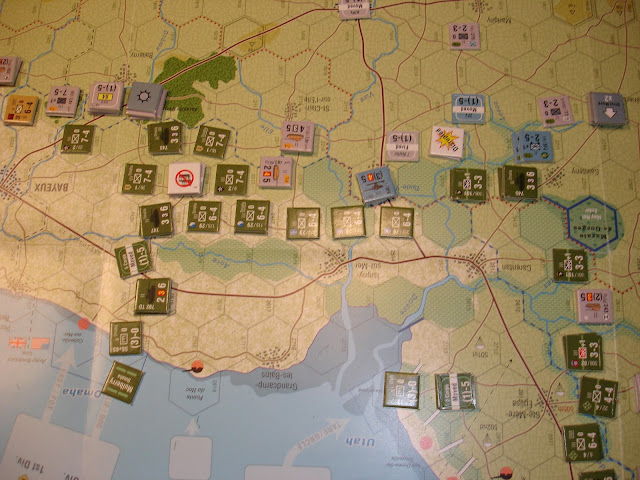 The 1st and 29th Divisions have been engaged in some very difficult fighting.
However a major success was achieved against a German attack which over reached
and has now been surrounded. 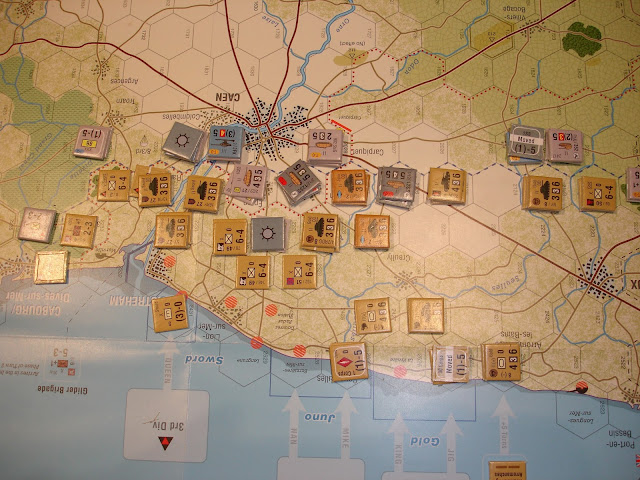 In front of Caen difficult fighting saw the Canadian 4th Division surrounded,
but Highlanders in the 51st Division were able to rescue them.
The 7th Armoured has come face to face, or is that turret to turret, with Panther tanks.

ZOC bonds in these rules make surrounding the enemy very difficult unless it can be achieved as an advance after combat.  That then leaves the advanced units at risk of being cut off by counterattacks.

I am coming to the conclusion that the Combat Results Table is fairly mild.  Attacks depend on can you absorb the losses if things don't succeed?
Posted by Sun of York at 9:47 PM