Today we completed another four turns. 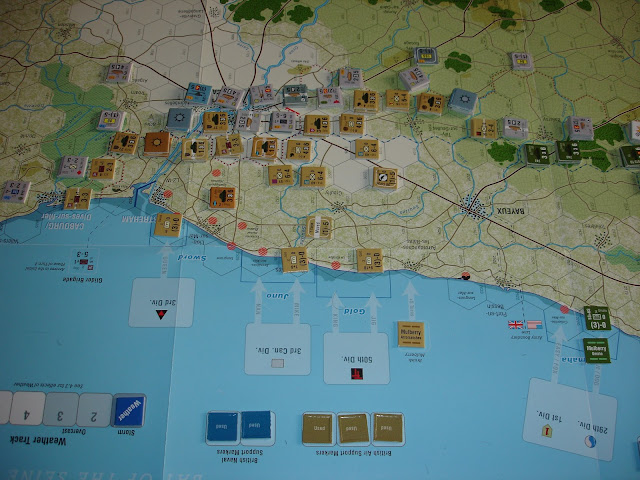 Stormy weather.  I have decided to shift the Canadians to the left flank to keep them out of trouble. 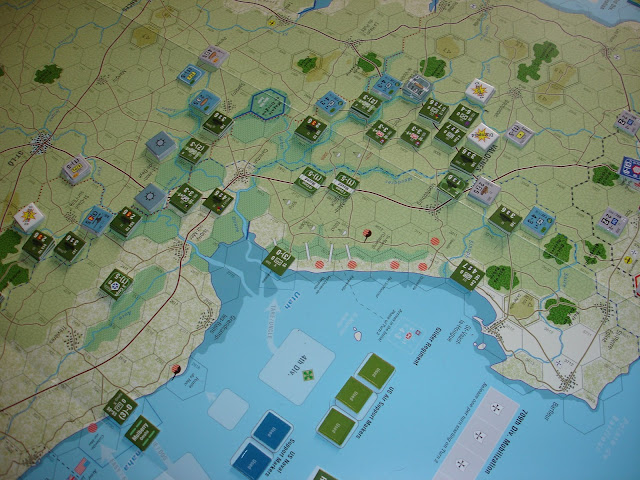 Despite the weather the US had some successful attacks.
To be fair I three a lot of sixes. 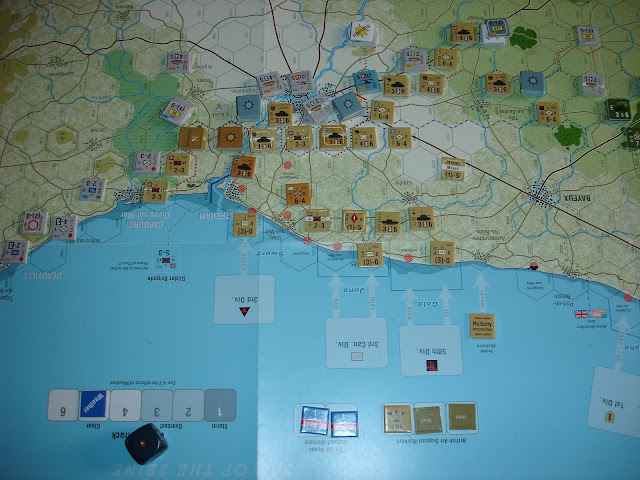 The next day it was clear.
The Commonwealth launched an attack with the newly arrived Guards Armoured Division.
It was helped by the German's failure to conduct determined defences.
To be fair to Richard he threw a lot of ones. 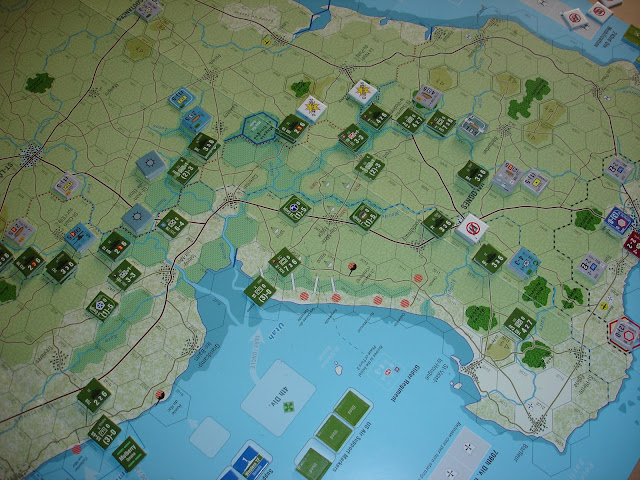 The US also made progress, but it is slow.
The Germans are now occupying wooded hills at key points
and these are proving very difficult to assault. 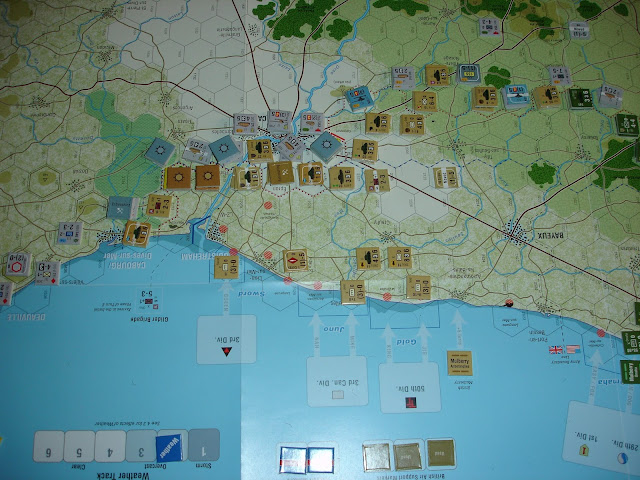 On the next day it was overcast.
The only progress is by following up the Germans as they pull back. 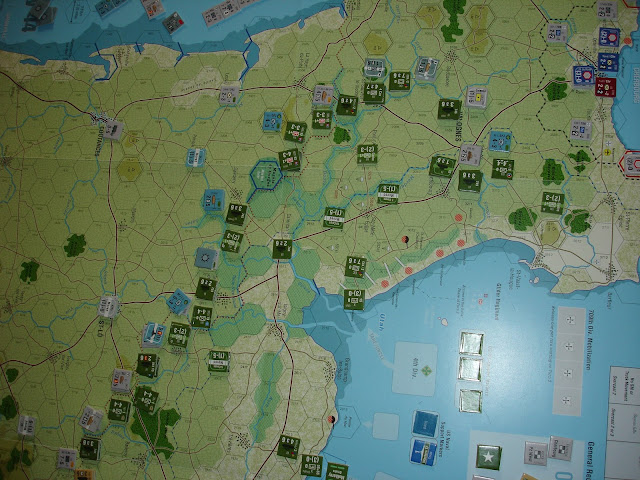 The US made a  series of attacks, but they met with failure. 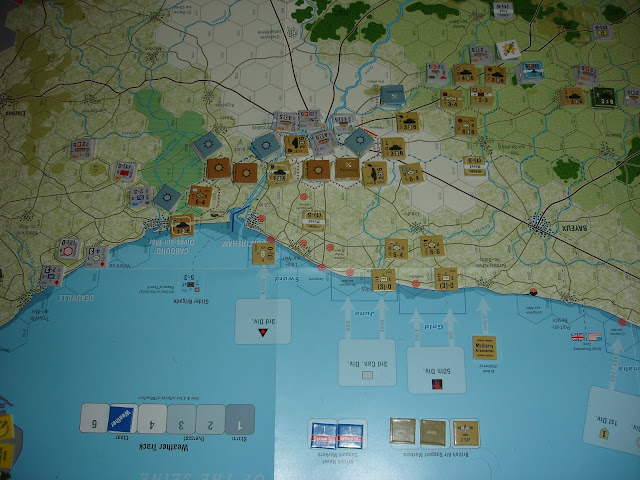 Although the weather was good, the Commonwealth attacks were not.
The Canadians had attacked on the far left.
The armoured divisions, top right, had limited progress. 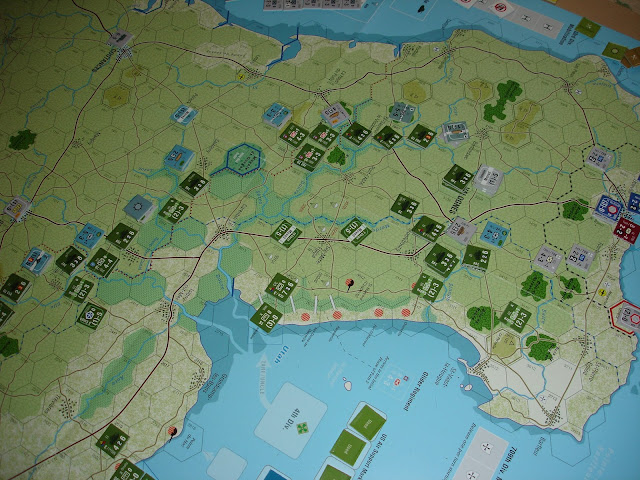 The US managed to grind down a few German units,
but suffered equal casualties in the process.

In the four turns the Germans only tried one attack, east of Caen, which proved a disaster due to heavy losses and no gain.

On the historical timescale the Allies should be knocking on the gates of Cherbourg.  However, progress elsewhere has been a bit better than historical.  There are, I think, 22 turns in total.