No Animals Were Killed In The Playing Of This Game

You know how when you are going for a quiet walk in the woods and some stray dog decides to tag along for the journey... 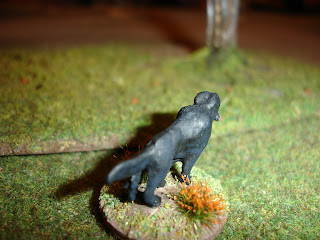 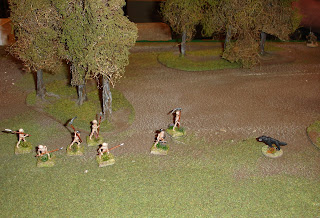 So it was when my skellies went out for a stroll... 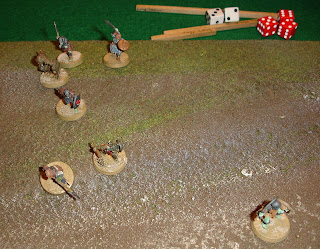 There are orcs about. 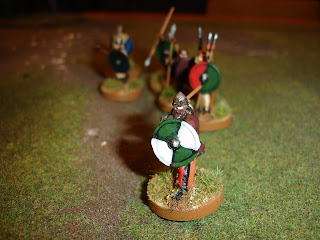 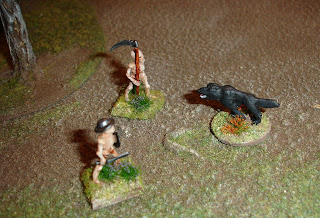 But doggie wants a bone. 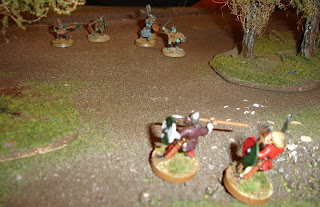 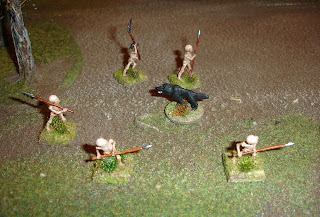 If you just ignore it, it will go away. 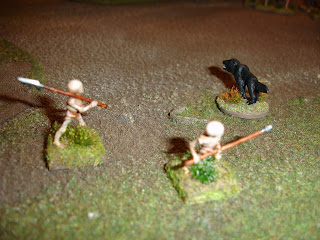 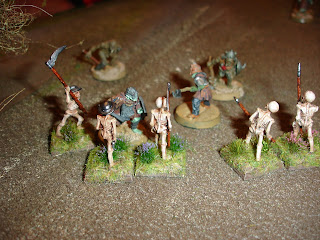 The orcs fight the skellies... 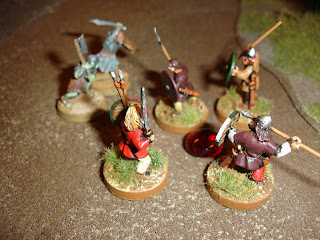 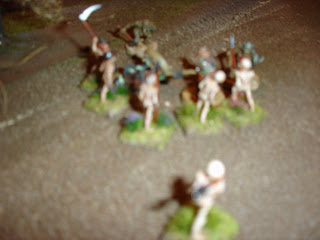 The skellies are trying hard. 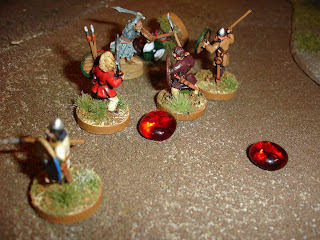 But the humans are doing better, taking down a second orc.
Note: The red "drops of blood" represent kills. 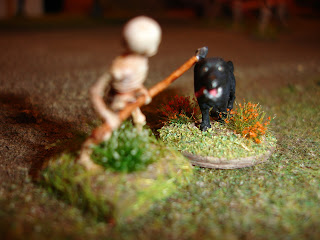 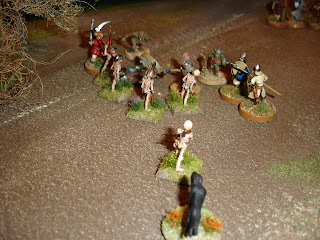 The doggie wants to join in the fun. 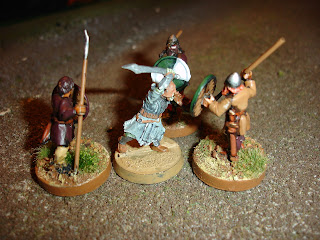 It looks bad for this orc... 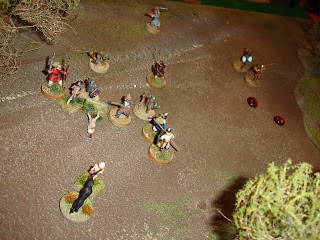 But the humans let him get away and then they go fight the skellies
Seems everyone has it in for the skellies, even the dog. 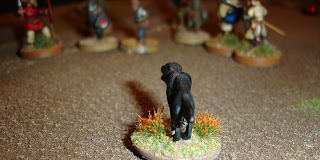 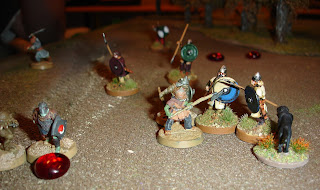 The orcs and humans battle on.
The dog takes to biting the humans. 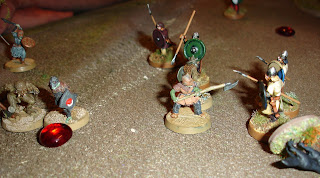 Maybe he bit off more than he could chew? 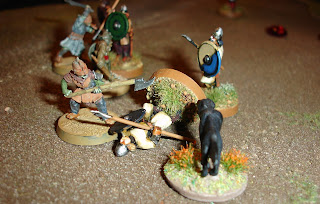 No, dog is back for more! 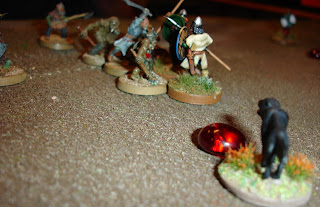 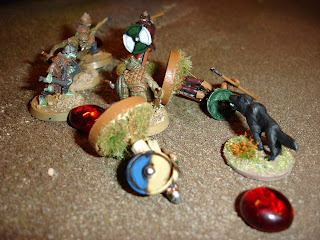 The dog seems to be really helping the orcs who have staged an amazing comeback. 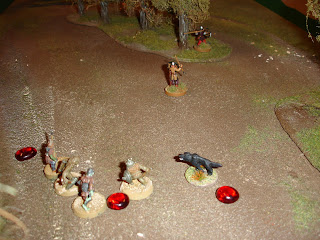 The humans have had enough and flee.
Dog looks hungrily at the orcs

I played the skellies (and the dog although his actions were random - attack closest and always use three dice).  The humans were played by Stephen N and the orcs were Brendan.  We rolled each turn to see who went first (including the dog) and then rolled to see if we went clockwise or anticlockwise round the table.  We kept it very simple.  Orcs were Q4/C3, skellies Q3/C2 and humans Q3/C3.  We started with seven Orcs and skellies and six humans.  Oh, and one dog who was Q3/C3.

Email ThisBlogThis!Share to TwitterShare to FacebookShare to Pinterest
Labels: Fantasy, Six by Six, Songs of Blades and Heroes