This week at the club I took my goblins out into an alien landscape.  To meet me were some skellies under the command of Stephen N and a slow bunch orcs lead by Brynden. 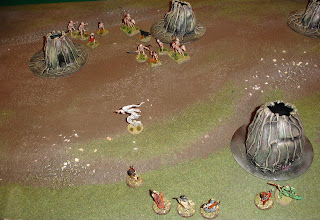 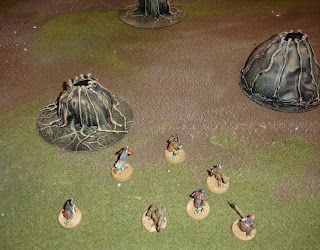 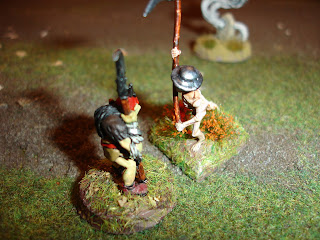 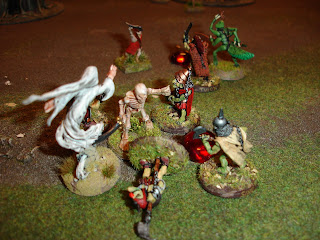 And come to a sticky end.

The orcs are not rushing anywhere. 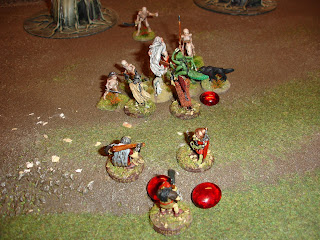 The body count mounts, with the goblins taking out three skellies for no loss. 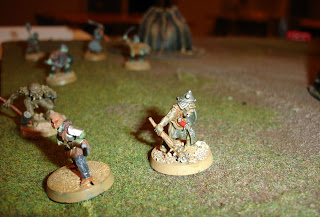 The orcs are coming (not). 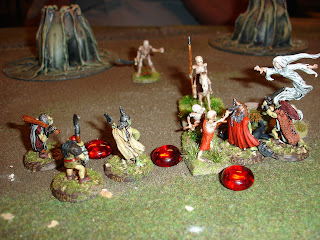 The bug is dead and the skellies pet dog is in trouble.
The ghost is just about to give it up. 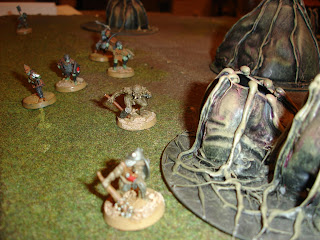 And still the orcs are yet to enter the fighting. 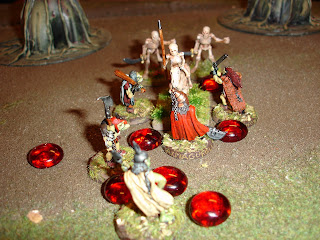 Orcs are still a long way away. 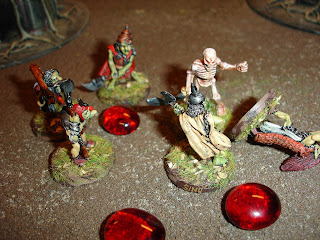 Goblins clean up the last skellie. 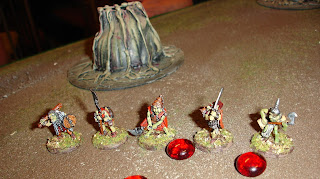 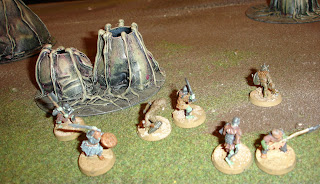 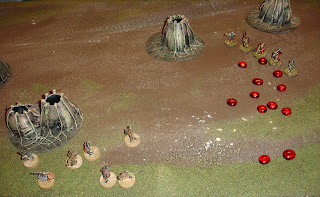 Get a move on! 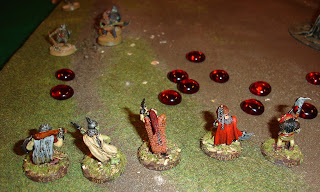 The goblins go to meet them. 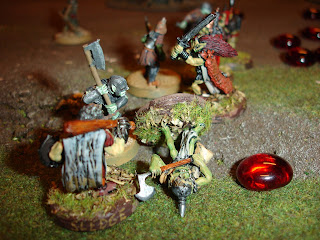 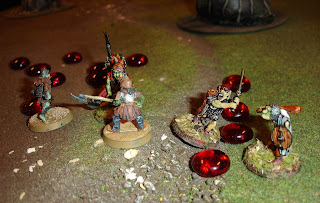 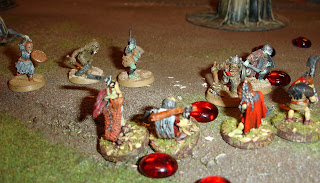 There are a few of them though... 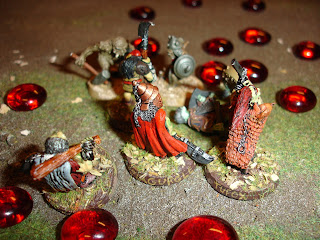 Another goblin down, but the orcs look to be in trouble. 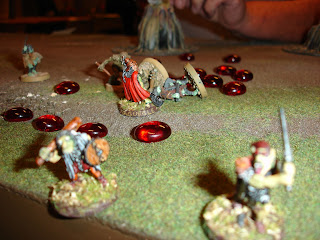 However there are more dead goblins than alive and so they do the goblin thing and flee.

Heaps of fun as always.

Having just checked the rules, if a figure is knocked down it still counts for outnumbering and does not give a free disengage.  We thought this was a bit harsh, but having read the rules I understand better what "knocked down" means in the context of the game.

Recoil always seems to be a gift to the recoiler and I think we should use the optional follow up rule next time and perhaps also pay more attention to figure placement when surrounding an enemy (i.e. not leaving any gap they can recoil through).

Email ThisBlogThis!Share to TwitterShare to FacebookShare to Pinterest
Labels: Fantasy, Six by Six, Songs of Blades and Heroes