The 5/63 cycle was significant, although losses for both sides were modest.  The Union lost 8 to the Confederates 11. 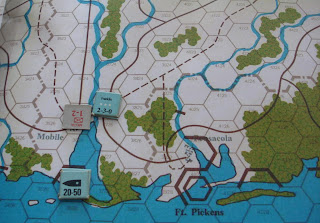 After the capture of Pensacola, Franklin makes a move on Mobile. 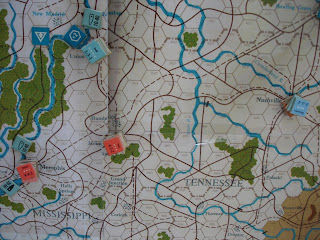 At Union City, Buell keeps hammering away at the dwindling rebel defences. 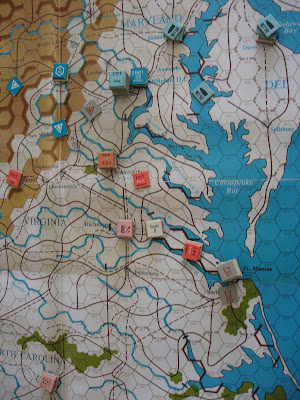 While in the East, Meade finally gets the Union armies together. 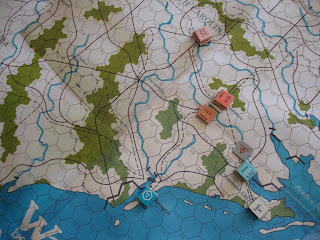 And down in the Carolinas, Rosencrans sticks to the coast. 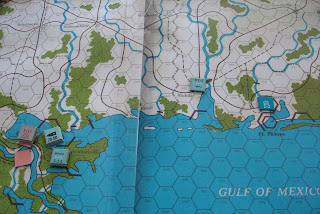 Actions in the Gulf are successful with Mobile captured
and troops landed at Proctorsville, threatening New Orleans. 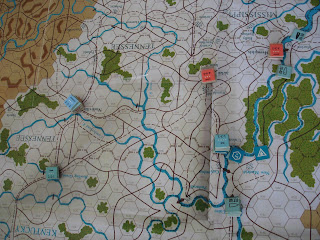 The initiative chits had been 2, 6, 3 and 3 for the Union.  The Confederates took the option to always have the 5 chit. 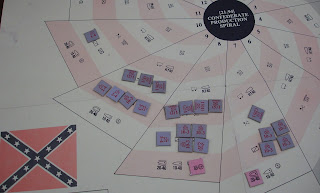 There's a lot of rebels still to come. 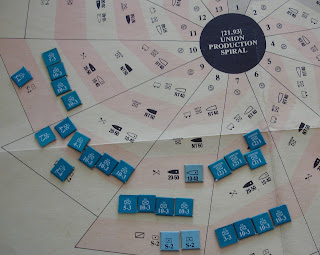 And also some Union, and most importantly two siege trains. 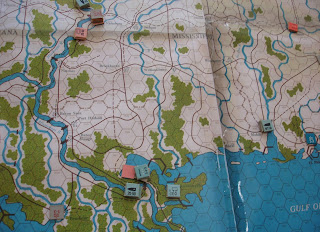 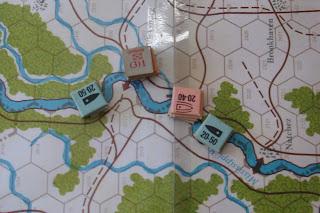 There is a naval showdown on the Mississippi. 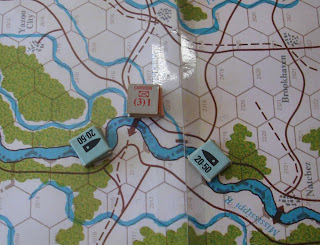 However the three fortresses of Memphis, Vicksburg and New Orleans remain to be dealt with, before the mighty river can be secured. 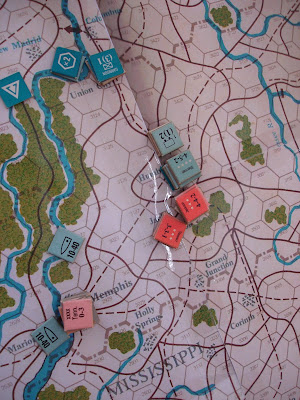 Sherman has arrived to takeover in the West.
He attacks the Rebs in Jackson in order to clear the way to Memphis.
The Union lost 7 to the Rebs' 5,
but they had a five factor reinforcement to make up their losses...

Then my phone beeped and I saw a "where r u?" text and realised it was almost three and I was supposed to be home by now.  So game was suspended with just the last Union turn of 6/63 to complete.

The initiative chits were 2, 6, 3 and 3 for the Union.  The Confederates again taking the option to always have the 5 chit.