A further two bloody, indecisive cycles were completed on Monday. 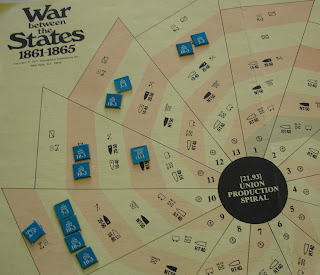 Some good Union reinforcements coming up. 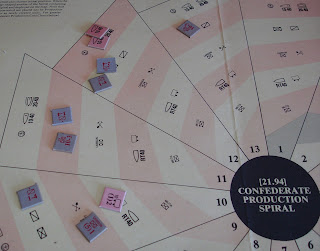 Not so much for the Confederates. 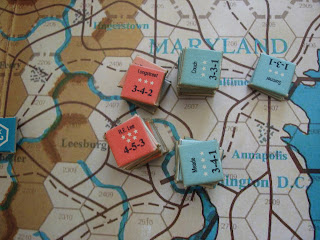 But it was all action as Lee headed North. 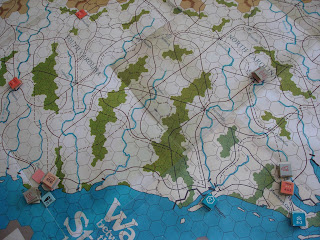 This caused the Union to pull Rosencrans back to defend Washington,
Which gave the Confederates a chance to retake one of their ports. 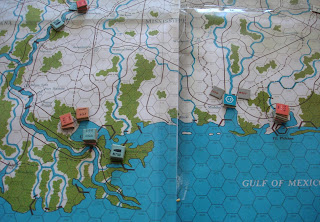 And while McPherson has New Orleans besieged,
the Confederates look like retaking Pensacola. 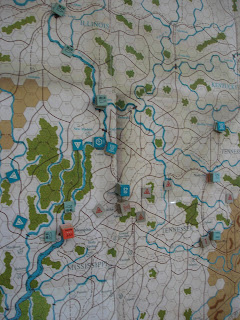 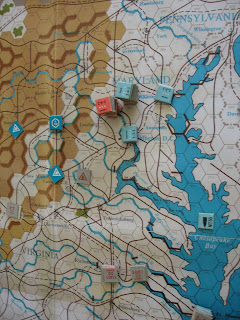 Lee pulls back after mauling the Union forces,
who had made a desperate defence of Baltimore. 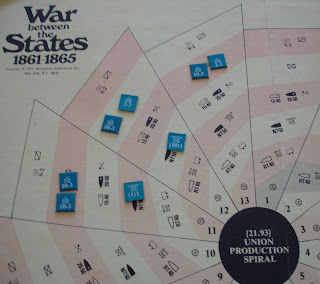 Running out of men. 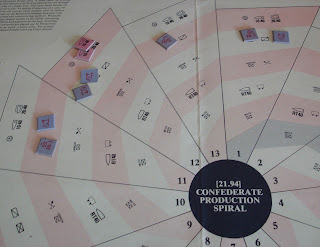 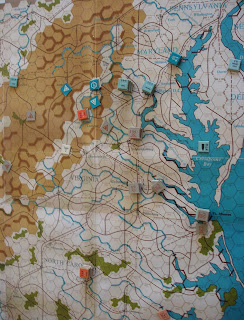 Lee has pulled well back to reinforce his army,
using 22.7 Special Confederate Replacement Rule,
that allows Confederate divisions to absorb two points each of garrison factors
as replacements.

No wonder the Confederates are not running out of supplies or manpower with this ability. 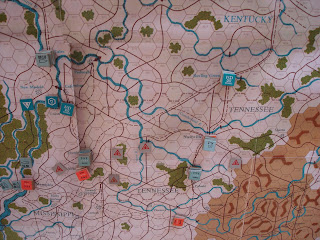 Sedgewick's offensive was short lived.  While successful,
he had to send troops to support Sherman's war of attrition at Jackson. 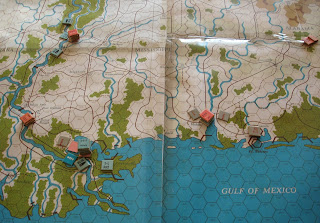 Down in the Gulf sieges are the go.

Is Lee in a position to repeat his invasion of Maryland?