While I'm very fond of these Airfix figures, I fear they will reside on plastic mountain forever. 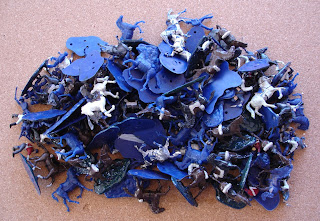 US Cavalry that sadly had a different sculpture to the other sets.
Some of these had served me as Scots Greys in the 1970s. 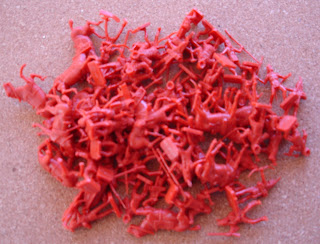 Red Indians as they were then.  Native Americans now. 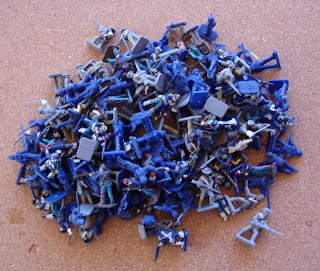 Union and Confederates.
A few have been painted and can be seen here:
http://onesidedminiaturewargamingdiscourse.blogspot.com.au/2011/04/airfix-confederates.html 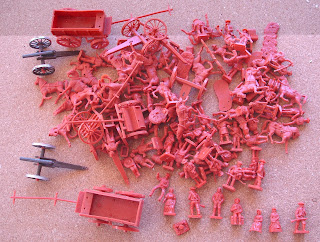 Wagon Train and ACW artillery.
If only I could think of a purpose I would like to paint up some of the wagon set. 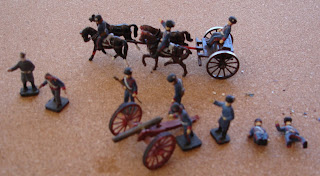 From the 1970s
Busby by plasticine
Even experimented carver belgic shakos on two by the looks of things.
Posted by Sun of York at 1:46 PM