We finished off the Union half of the fourth turn of the 6/63 cycle.  In that cycle losses for the Union were 15 and for the Confederates 12.  Then it was onto the 7/63 cycle. 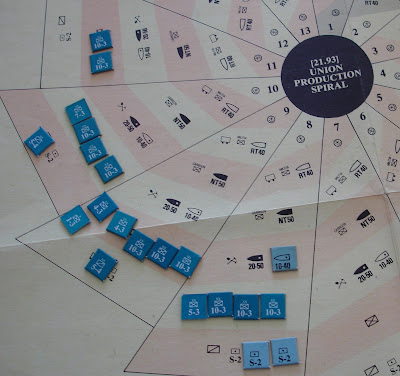 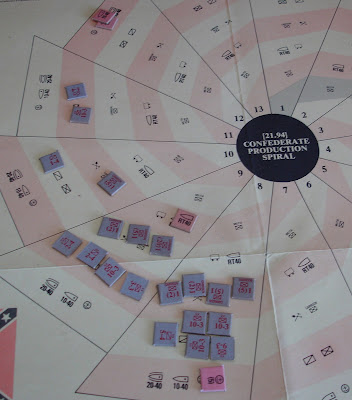 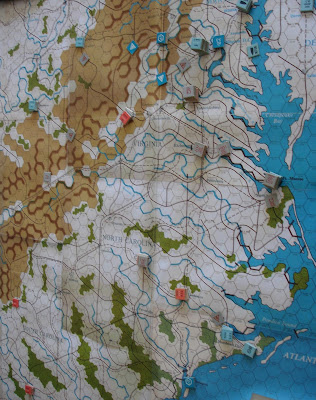 All quiet on the Eastern front. 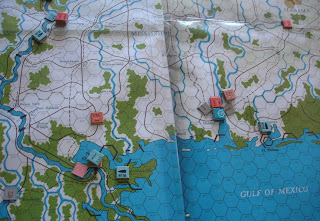 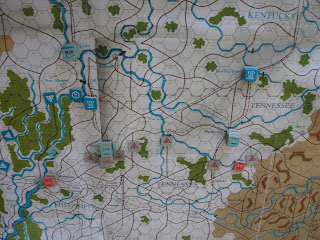 Out in the West the fighting at Jackson continues.
Jackson is defended by General Jackson...
Nashville is besieged.

For this cycle the initiative chits were 2, 3, 6 and 4 for the Union compared to the Confederates continued use of their option to take the 5 chit. Losses were Union 6 to Reb 8. 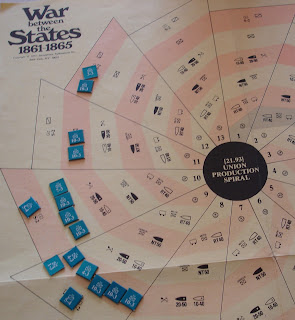 Production for the 8/63 cycle.  I just see that I have put the Union infantry due 12/63 in the wrong spot, not that it matters. 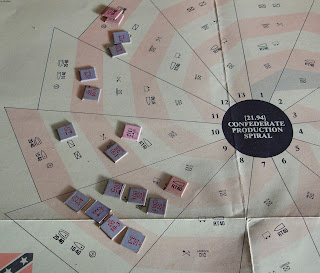 Confederate reinforcements are starting to thin out... 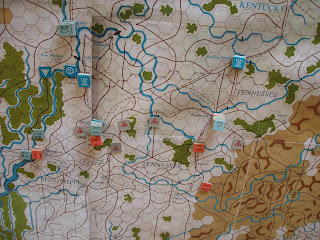 In the West Sherman keeps fighting to capture Jackson.  It is drawing in a lot of the Confederate reinforcements from Memphis.  Siege train has arrived at Nashville. 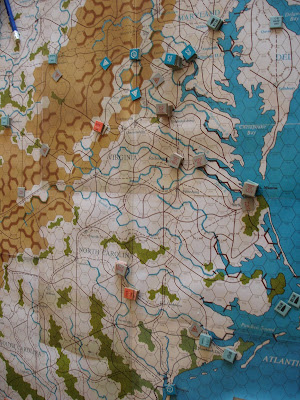 All very quiet along the Potomac. 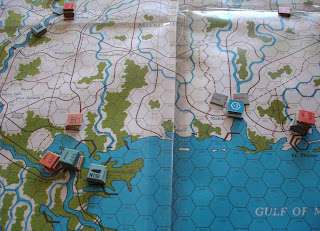 The Confederates ignore Mobile which the Union has now heavily fortified and are trying to recapture Pensacola.  They have also moved to try and break McPherson's siege of New Orleans.  The Union have been able to reinforce McPherson just in time.

For the 8/63 cycle the initiative chits were 6, 4, 4 and 2 for the Union compared to the Confederates continued use of their option to take the 5 chit. Losses were Union 24 to Reb 23.  The fighting at Jackson is where all the casualties are occurring.
Posted by Sun of York at 12:54 PM