About 40% is my handiwork, the rest was a purchase I made many years ago in preparation for the big move to Perth, to ensure I had enough troops to do a Fire and Fury game if I could find anyone interested.

There are many different figure manufacturers represented, but mainly Old Glory and ABs.  The mix is deliberate (and is also reflected in my Napoleonic armies) and was in reaction to being "locked-in" to the Tin Soldier range for my ancients armies. 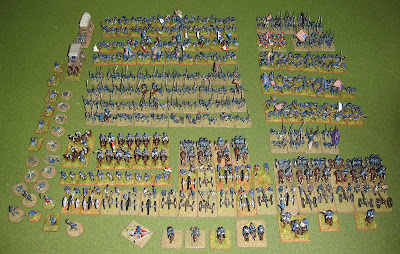 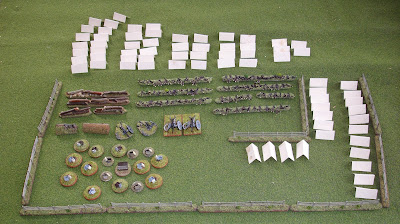 20 dual purpose markers and a bit of terrain, plus all those tents from the Shiloh game.
I need to make some of the iconic snake rail fences. 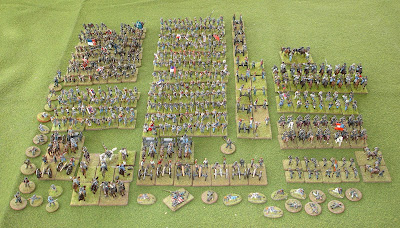 The purchased component is the bulk of the ones with static grass as their basing, but I have since used this for a few that I have done.

And of course, just when I thought I had accounted for all things ACW I find these:

The half painted figures are mine, the others a gift from Simon.


Clearly I am doing too much counting and not enough painting.
Posted by Sun of York at 1:11 PM