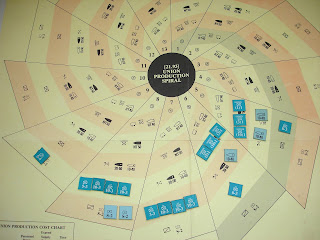 4/63 Cycle build for the Union 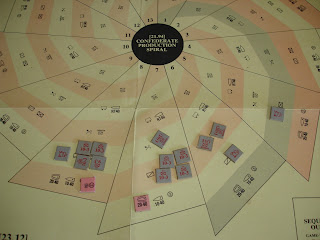 Same for the Confederates.
The number of troops is pretty close... 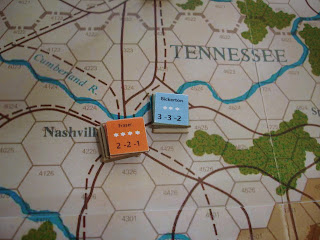 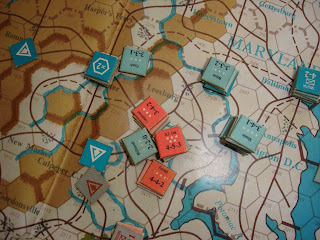 The initiative chits were 2, 2, 1, 1 for the Union.  The Confederates took the 3 chit each time, seeking certainty.  This poor pick of chits meant the Union had a hard time escaping from Lee's clutches. 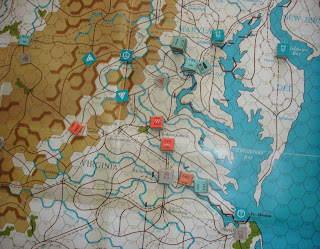 The Eastern theatre.
Meade has arrived to command the Army of the Potomac. 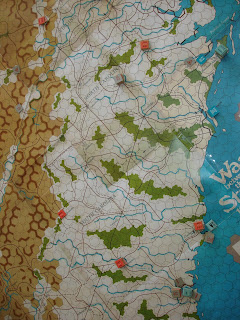 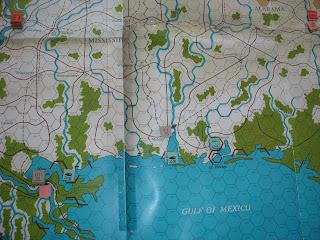 The gulf.
The Union have just captured Pensacola after its Confederate garrison starved. 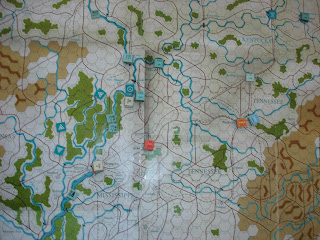 The Western theatre.
Nashville is has come under attack (finally), but the Rebs have not yet retreated in to its fortress.
Buell, with Lyons and Porter have just about captured Union City. 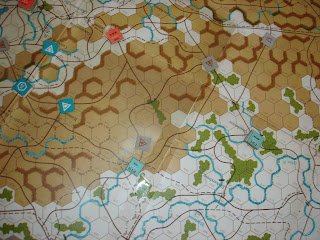 The Mountains.
Butler and McClellan are furiously writing their memoirs. 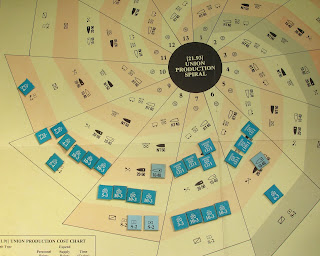 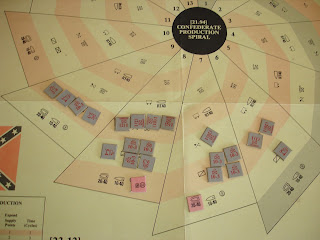 Losses during 4/63 were 35 for the Union and 22 for the Confederates.  In part due to Lee's victory of McDowell, but also representing the losses incurred by the assaults on the rebel forts around Union City.
Posted by Sun of York at 9:40 AM