This was the last unit I needed so I can field the French side for the Battle of Austerlitz.  As an elite unit I tried my best to do them justice. 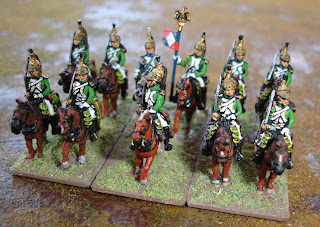 Based for Napoleon's Battles.
In this configuration they have the same foot print as the 6mm figures
that are based for Blucher (2"x3") (see previous post) 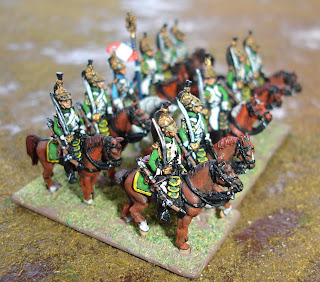 These chaps previously appeared on my blog
as the bays to chestnut fiasco. 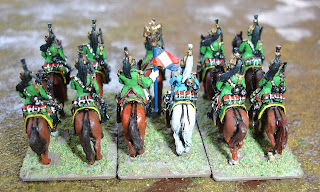 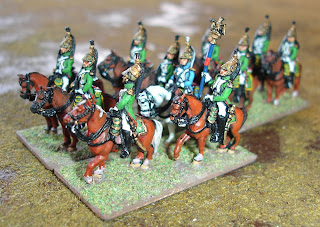 Column, the pose of the officer is good,
checking his men are with him. 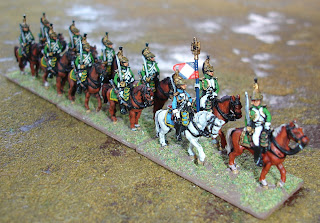 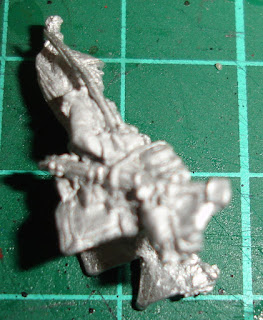 There was flash or molding to cut away from the musket housing. 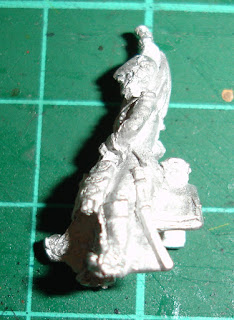 And from between the sword scabbard and boot.

I also cut out all the reins, although that is not so easy to detect from the photos.

It was fun doing the 6mm figures at the same time, easy to reuse colours, but a challenge to decide on level of detail.