Anglo-Prussian vs French in Napoleon's Battles

Yesterday Richard and I did a straight up 800 point game using Napoleon's Battles with 1815 French fighting a mixed Allied force of the kind that might have been encountered in the 100 Days. 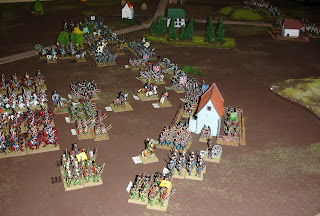 My army comprised I Anglo-Dutch-Belgian Corps (Prince of Orange) and part of the Reserve Corps plus Prussian I and II Corps as they appeared at the battle of Waterloo.

One can have lots of fun describing the "what ifs" that may have lead to our battle.

Yes, that is the French Imperial Guard, deployed on their left.

The French Centre.  Marshal Soult is in overall command.
As Napoleon's Chief of Staff in the 100 Days I was fine with him having the Guard.
Napoleon was presumably having an off day. 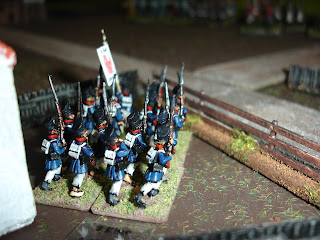 Landwher of the 7th Prussian Brigade occupy a village on my left, securing that flank. 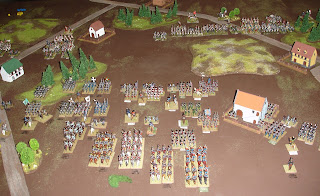 A brigade of Hanoverian Line occupy a built up area on my right, providing a solid point for that flank.  My plan was to attack in the centre. 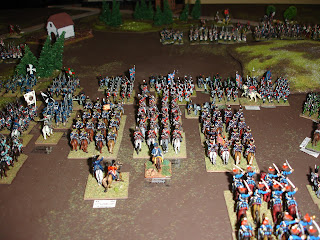 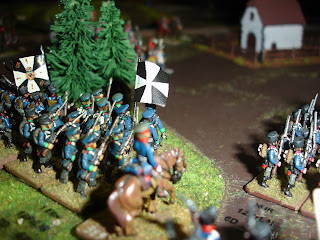 My Prussians are making good use of a wood to give them cover. 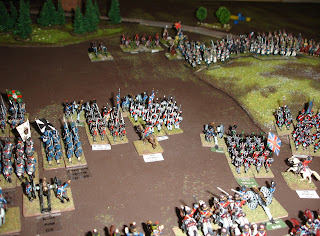 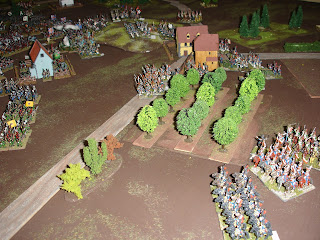 The French are seeking to turn my right flank... 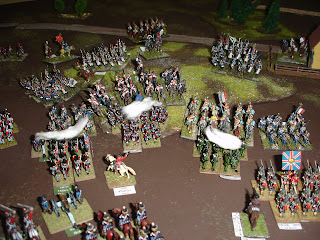 The battle for the hill.
Two of my brigades have been pinned, stopping them from forming square. 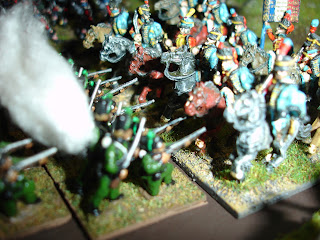 My boys give the French some lead. 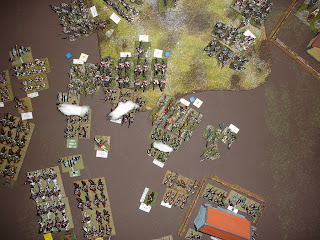 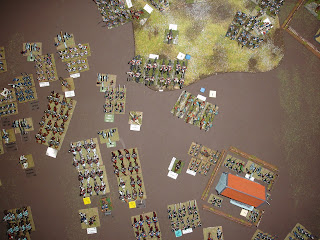 The French had success, but are now seriously exposed. 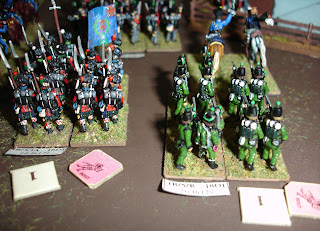 The Prince of Orange will rally his men. 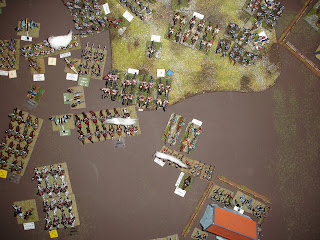 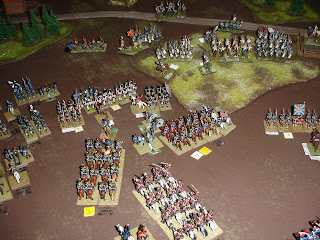 It was amazingly successful, especially when the British cavalry stayed under control. 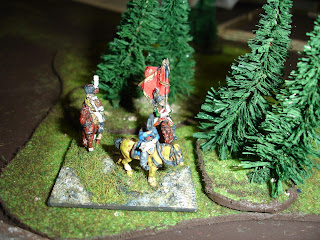 My follow up attack on the centre ran over Soult,
causing him to flee to the safety of some woods.
I had now split the French army. 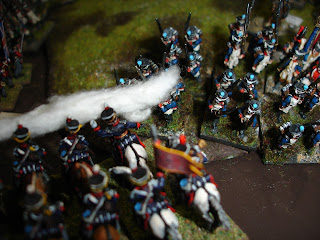 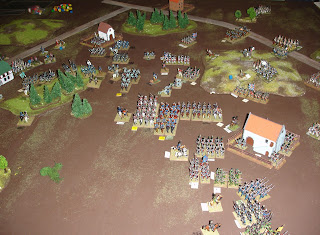 The French Right is isolated and being attacked by the two Prussian Corps.
The Prince of Orange is slowing pulling back on my right. 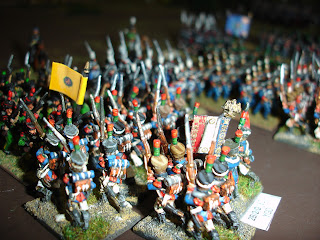 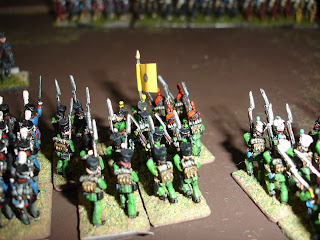 They are beaten off , but now their cavalry is in position... 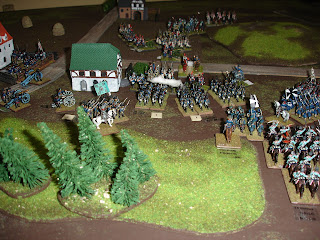 The Prussians are destroying the French right flank. 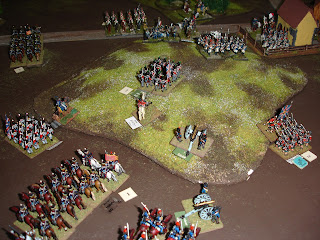 We have captured the hill. 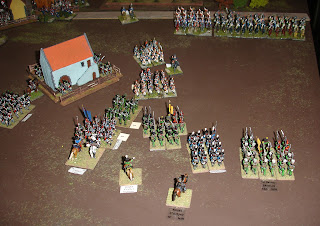 The Guard's attack has been checked. 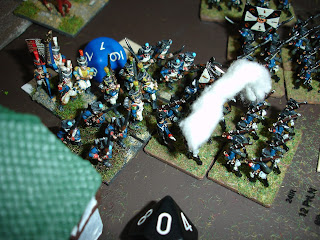 And my roll of 10 beats Richard's 1.
I did have some very good die rolls.

We Used Napoleon's Battle's 2nd/3rd Edition with the BUA fire combat change from the 4th Edition. We played for about four hours (excluding setup, lunch and packing up).  The game lasted about six turns (three hours).  We were a bit rusty with the rules, not having played since 5 August last year. Our last big game had been almost a year ago (12 May to be precise, thanks the faithful blogging).