Brendan suggested I use his Normans and he would use my Vikings.  Sounded good to me.  After reviewing the many scenarios available, we settled on the old favourite, Clash of Warlords. 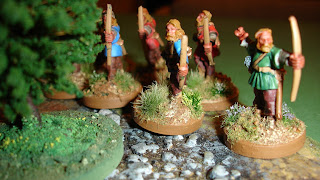 The Viking levy hide in a wood 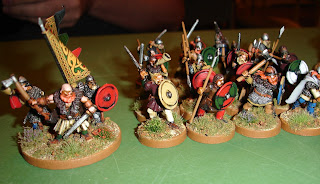 And the same again on the other side. 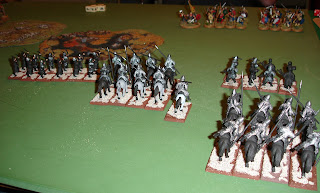 I put the peasants behind the swamp and sergeants with crossbows in the front,
ready to unleash a storm of arrows. 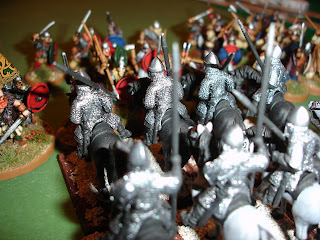 Then I send in one of my eight man units of mounted hearthguard. 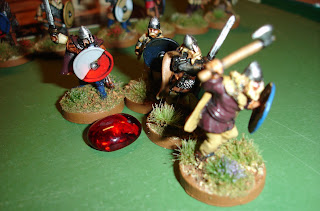 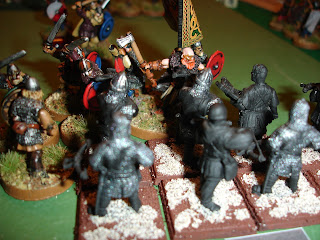 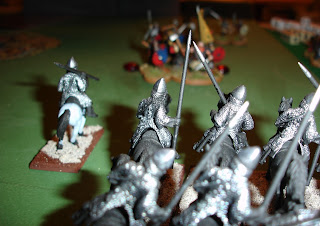 My warlord sees his chance. 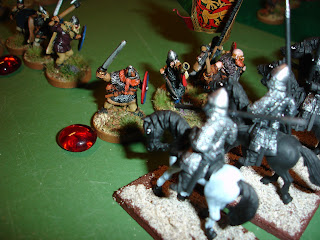 One dead Viking warlord.  I think this was my first Saga victory.  Sadly yet another loss for my Vikings.