The Confederates implemented their first draft.  The Union followed. 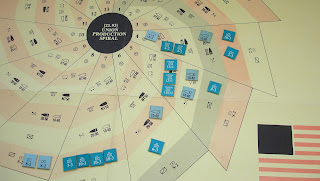 I was slightly better prepared this time. 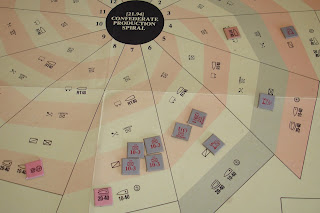 The Rebs slightly less so. 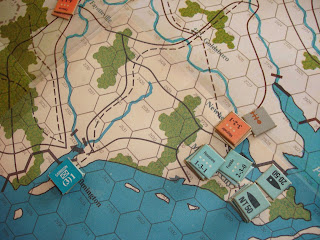 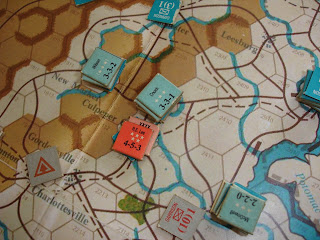 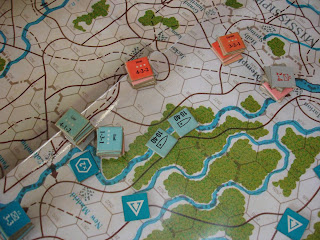 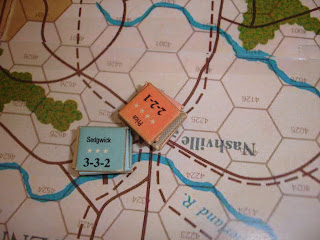 Sedgewick proves to be a great disappointment.
Not one single attack is made against Nashville. 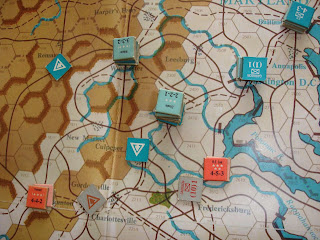 Lee inflicts 50% casualties on Crouch's corps at the Battle of Culpepper Court House.
The Union is devastated. 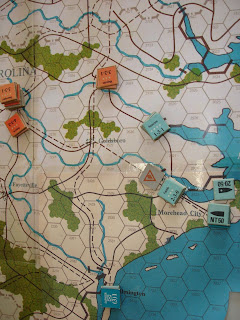 The Confederates evacuate new bearn.
Rosencrans chases McGruder,
but fails to catch him.

Losses were 34 for the Union and 21 for the Confederates.