The game continues.  The initiatives for the last turn of cycle 9/62 were 3 for the Union and 4 for the Confederates.  Nothing happened. 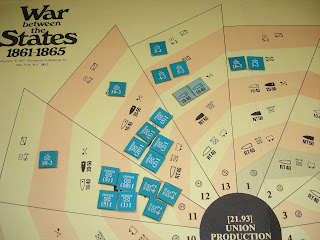 The Union production cycle after the start of 10/62.
There are troops coming, but they will need more training. 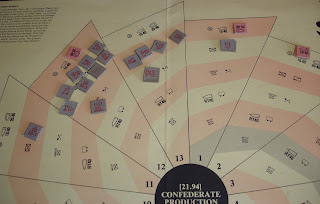 It looks thin for the rebs, but a lot of battle ready troops will arrive soon. 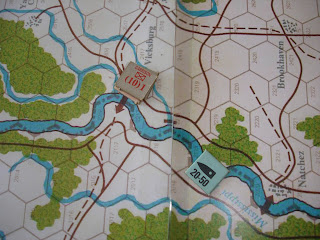 A Union ironclad has penetrated the Mississippi, having come up from New Orleans. 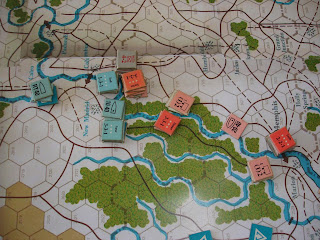 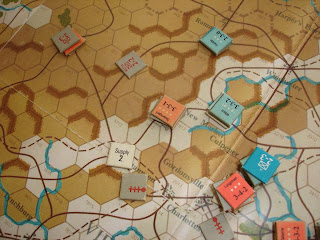 The scene of the big battle.
Beauregard had combined two armies to attack Wilson in the valley.
The attack went in, but the casualties were minimal (phew!) 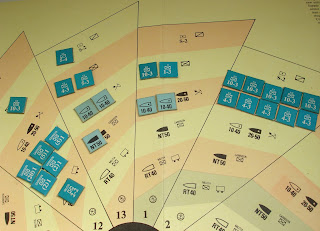 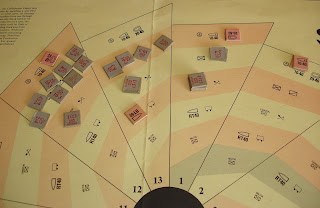 The Rebs are coming.