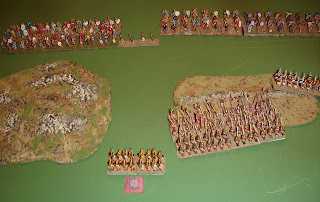 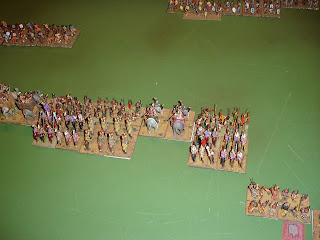 But we had massed on our right.
Two identical commands under Mark B and Stephen N. 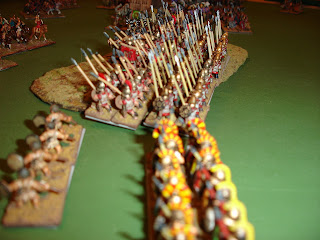 The pike being very cautious. 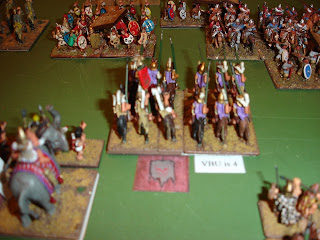 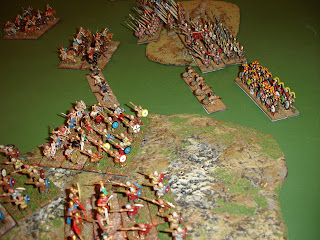 Very little happens on the left. 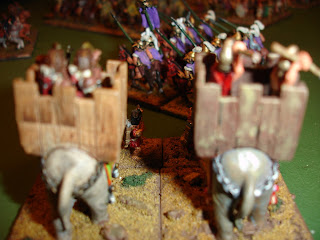 The view from on top of the elephants. 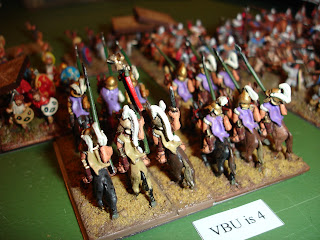 Stephen's death ride required iron discipline and a desperate charge.
He had success, but it did not last. 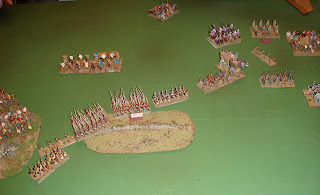 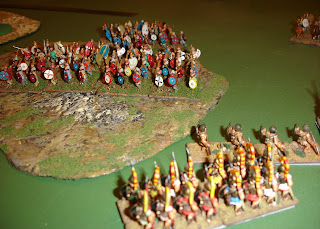 The Ptolemaic right wing command routed, but further success by the Thracians was doubtful, so we called it a draw, which was a very gentlemanly thing to do.

The Thracians were run by Andrew and Geoff.

I think I prefer Basic Impetus 2 as is without Big Battles.  If I want to do a big game I would use Impetus.  Regardless we had fun.