Colgar6 with his post http://colgar6.blogspot.com.au/2014/12/greek-mythology-harpies-part-2.html inspired me to go hunt out my harpies and have them do a photo shoot for posterity.  Poor things have been forced to lurk in dark corners of various boxes since the big move. 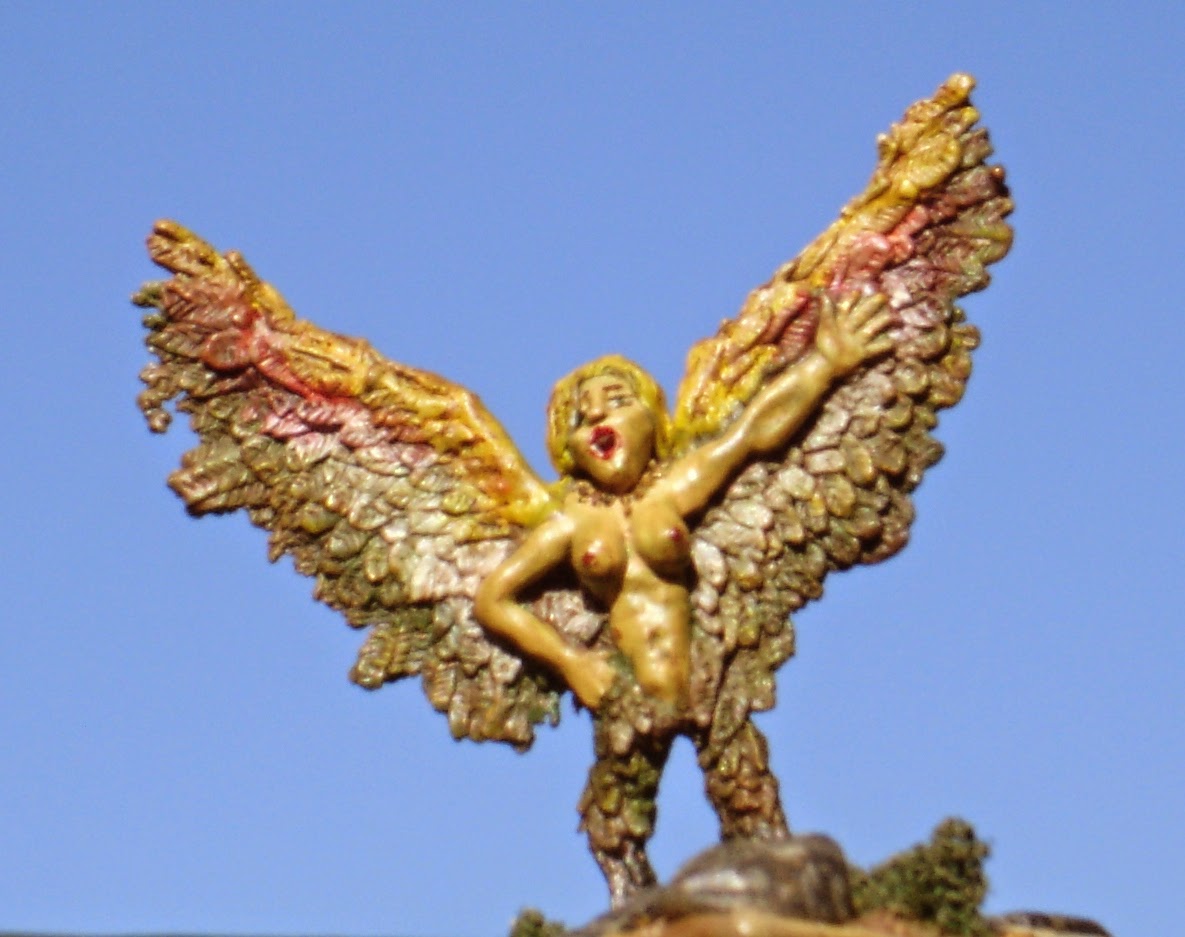 Singing for her supper. 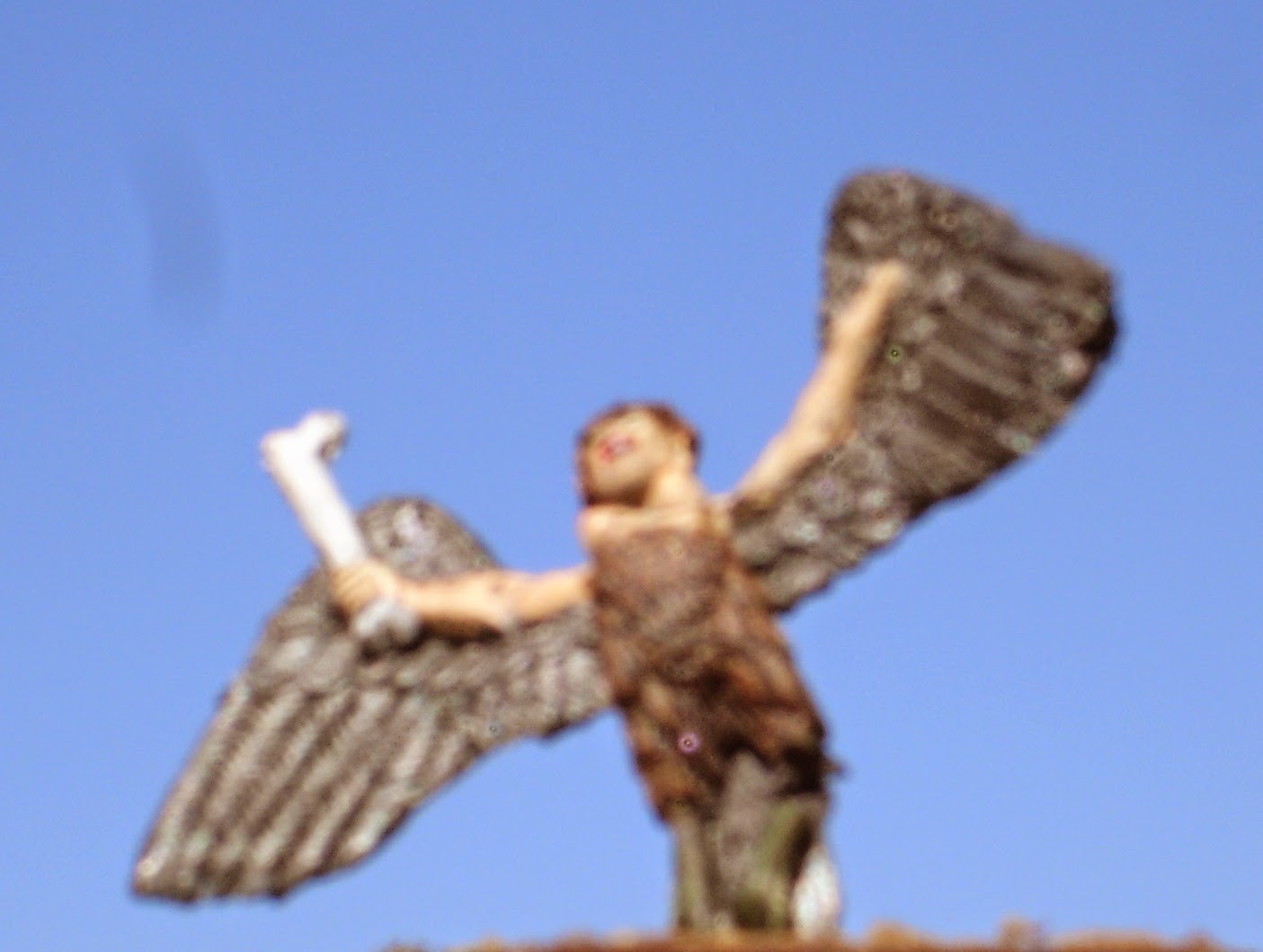 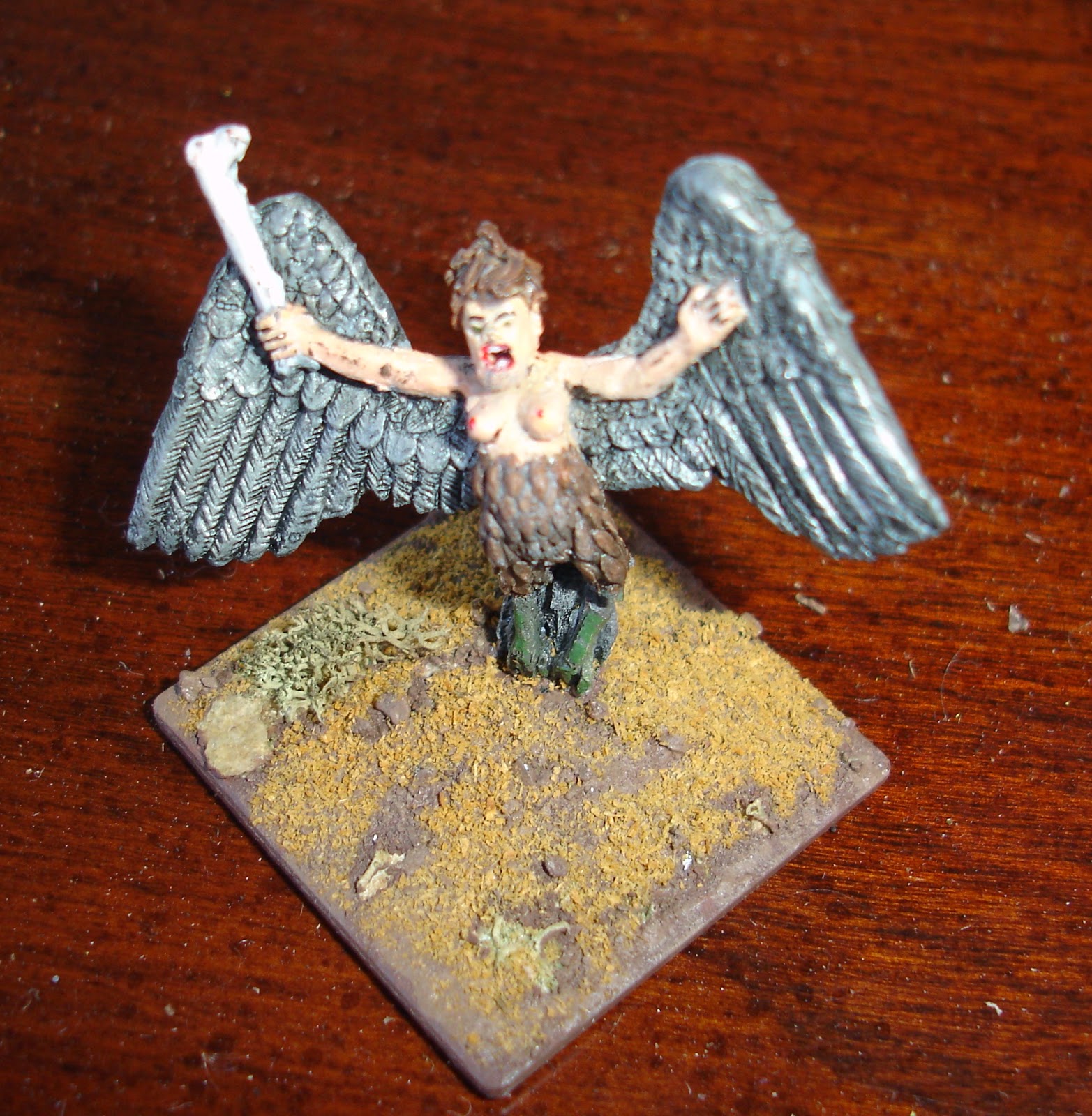 No idea of the brand, would have painted her 25 years ago give or take 5 years. 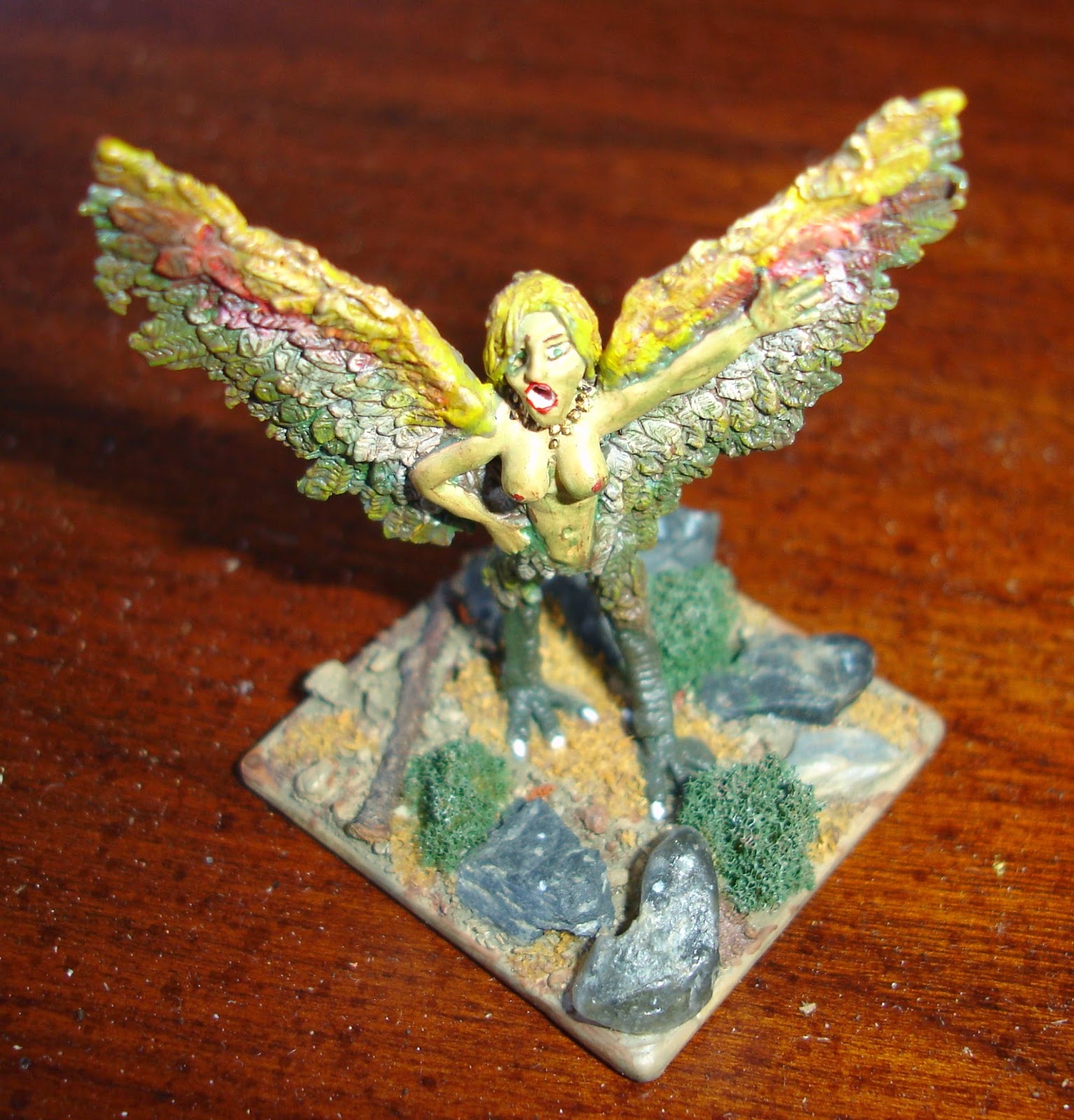 Don't know the brand of this figure either, but according to the note I made on the base, she was painted August 1986. 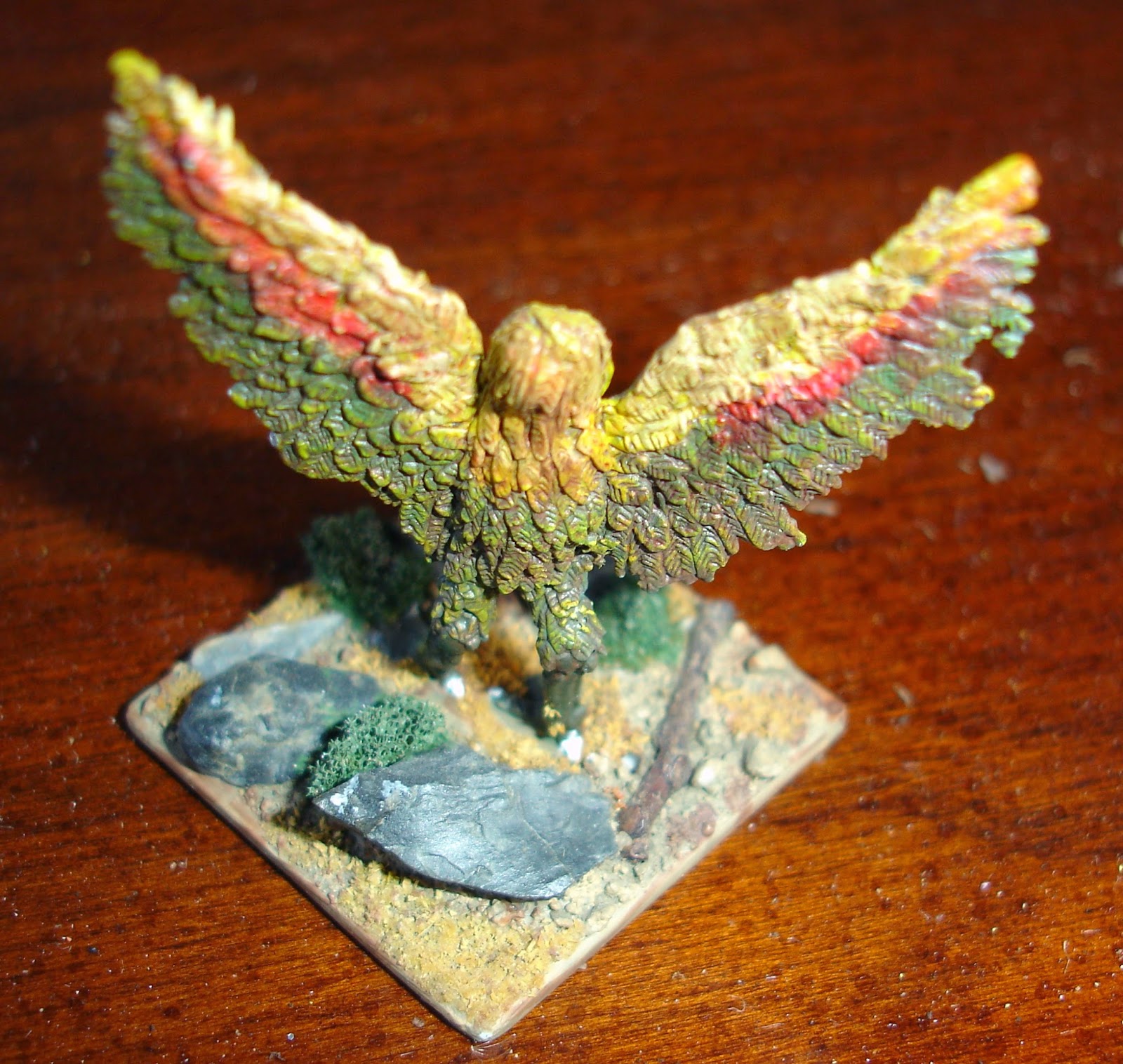 I was rather pleased with her.

A project for next year is to use them in a game of Songs of Blades and Heroes.