In a four player, 1200 point game today the Medieval Scots (Mark W and myself) medieval Germanic types (Michael and Richard).  I was commander of the Scot's left wing and after a brief promise, did no good at all. 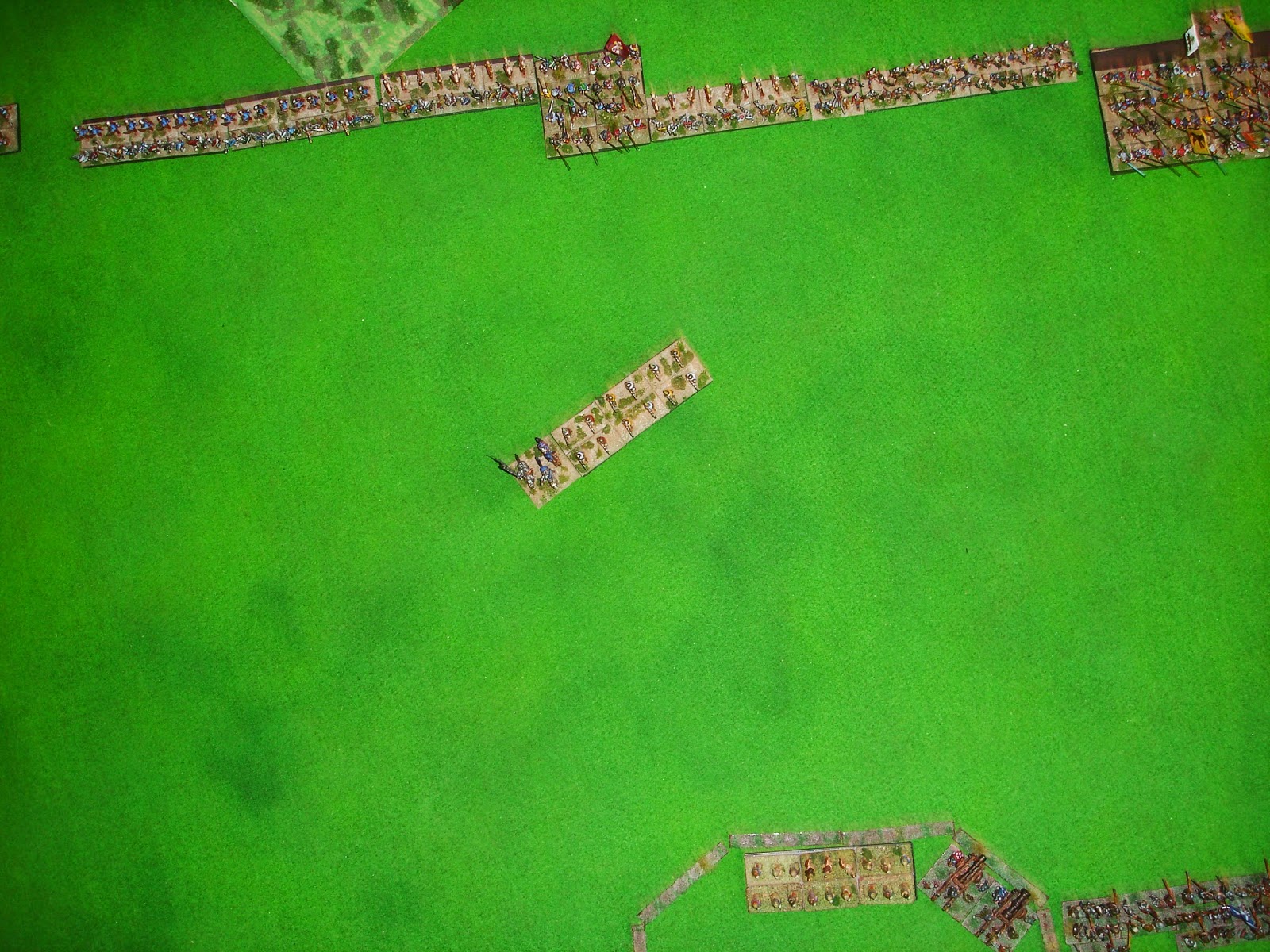 It was hard to get a shot of the whole green field, but in the centre we had a fortified position which the enemy was proceeding to mask with their light troops. 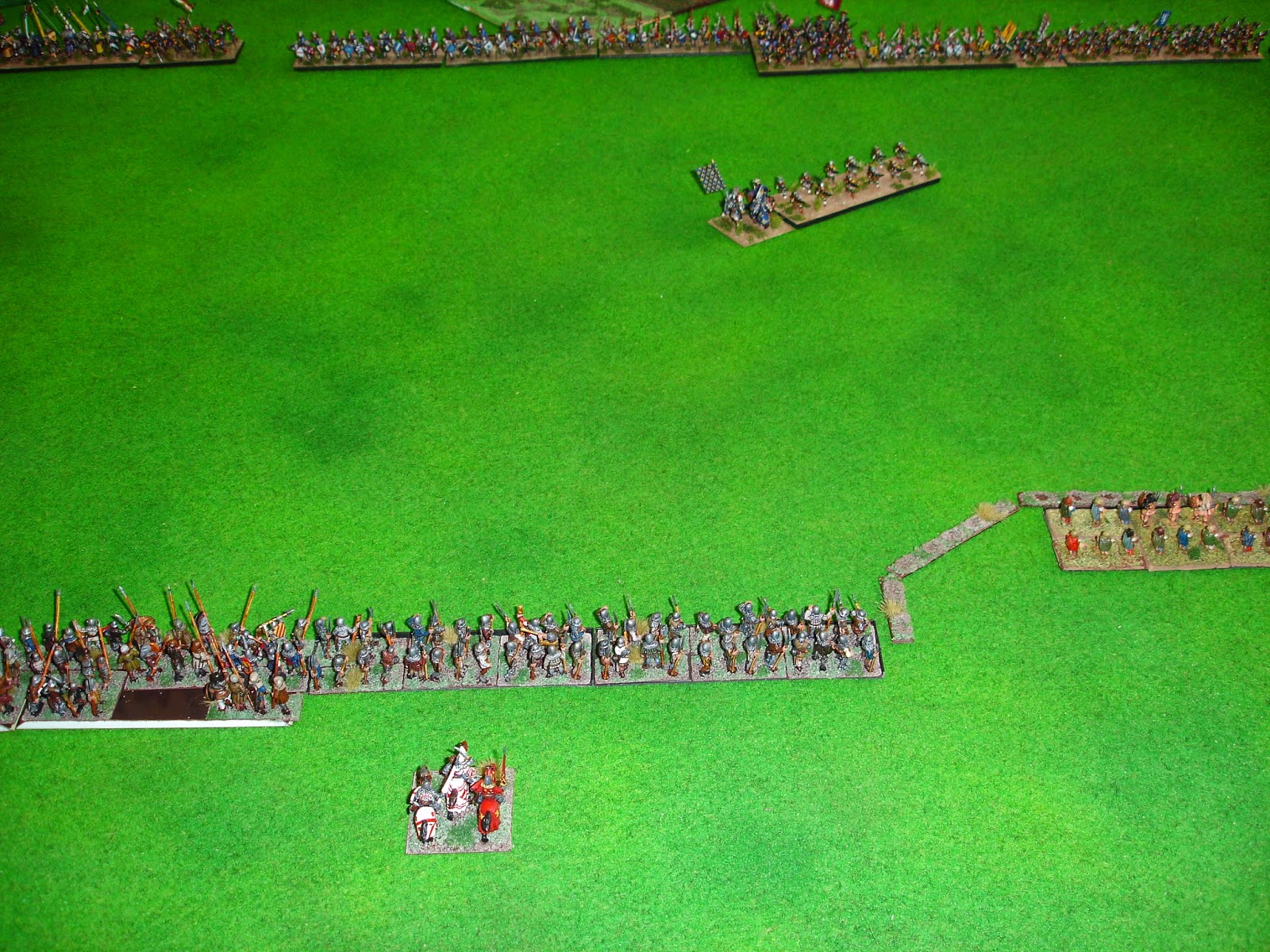 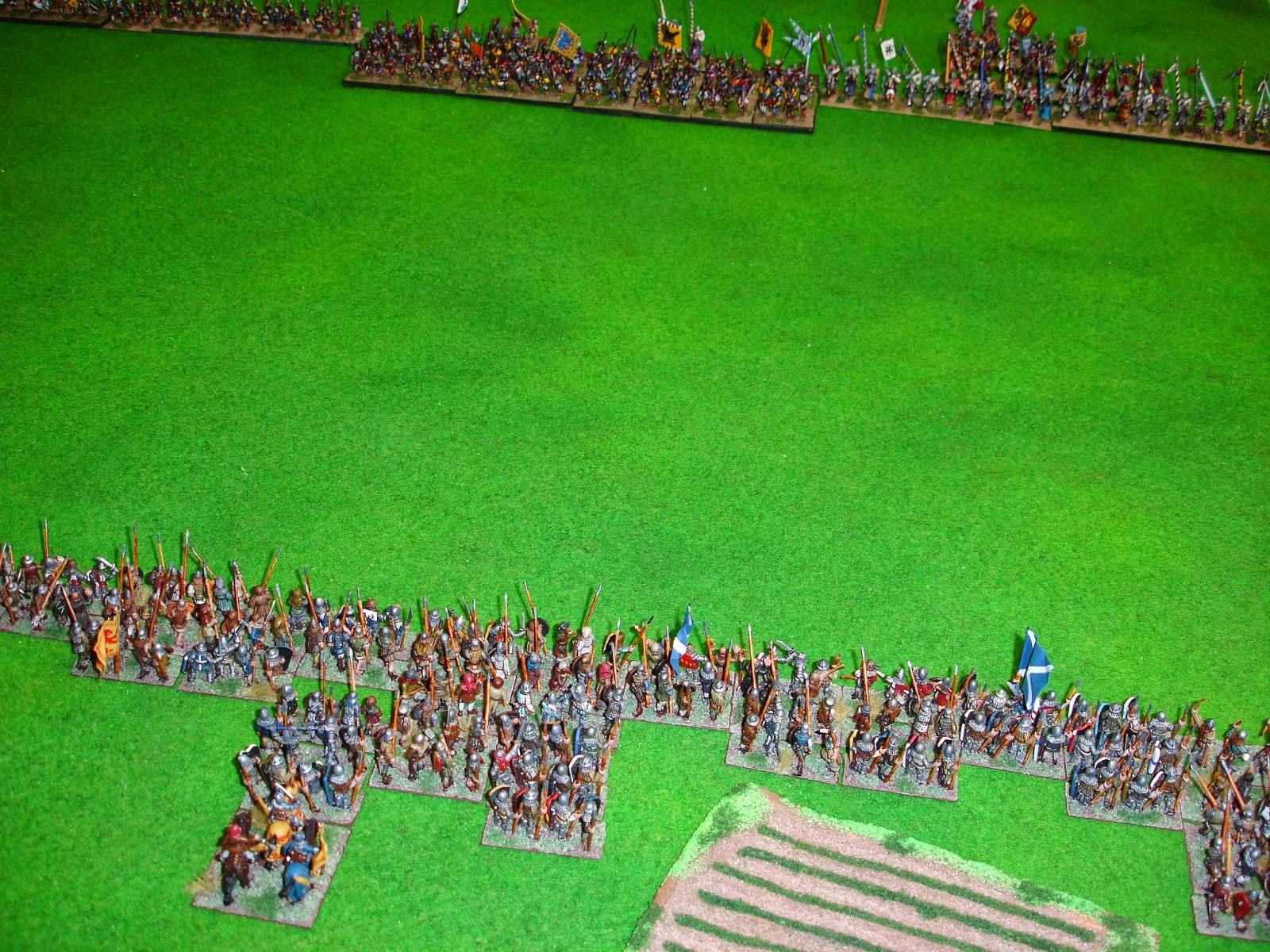 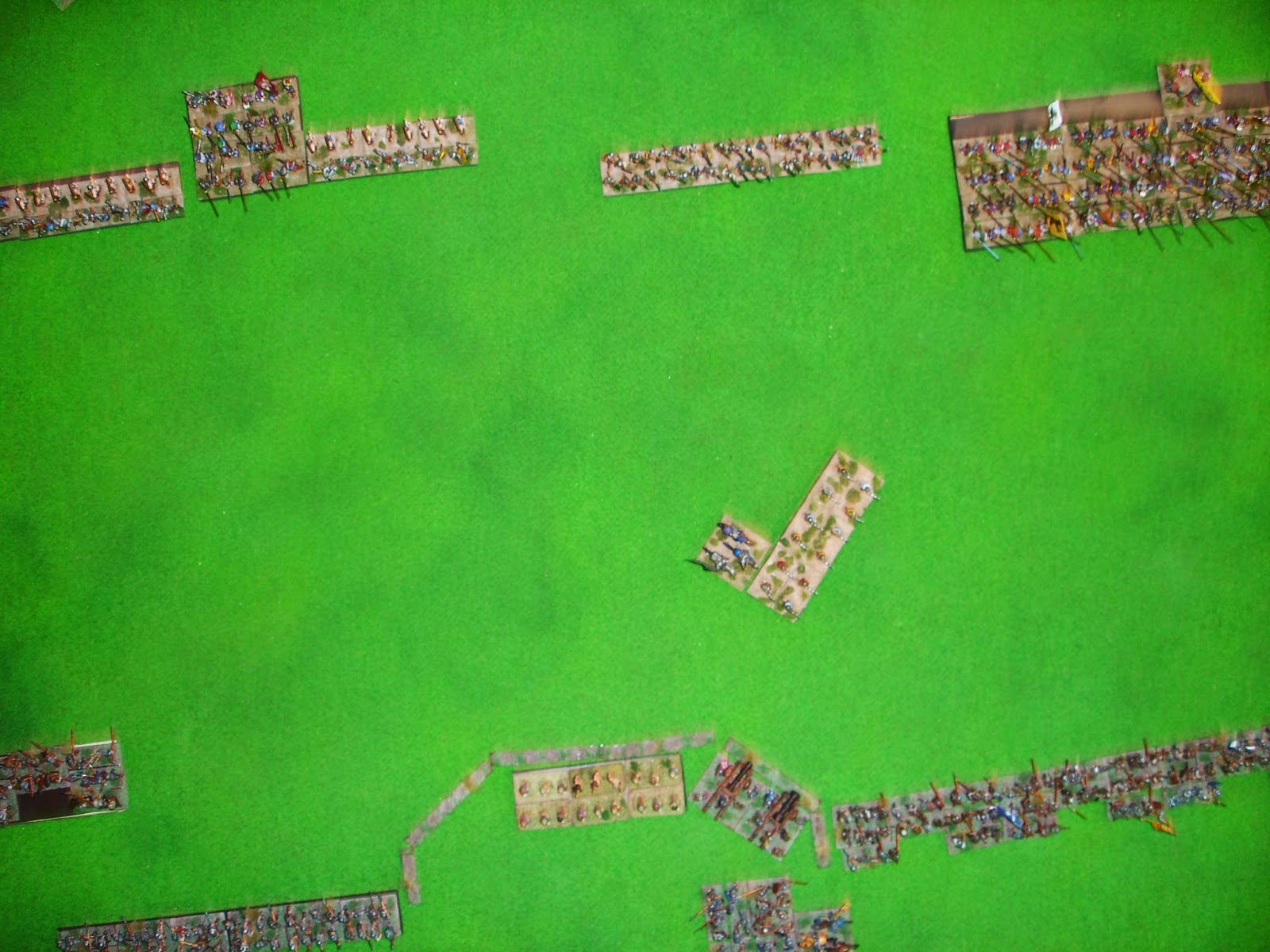 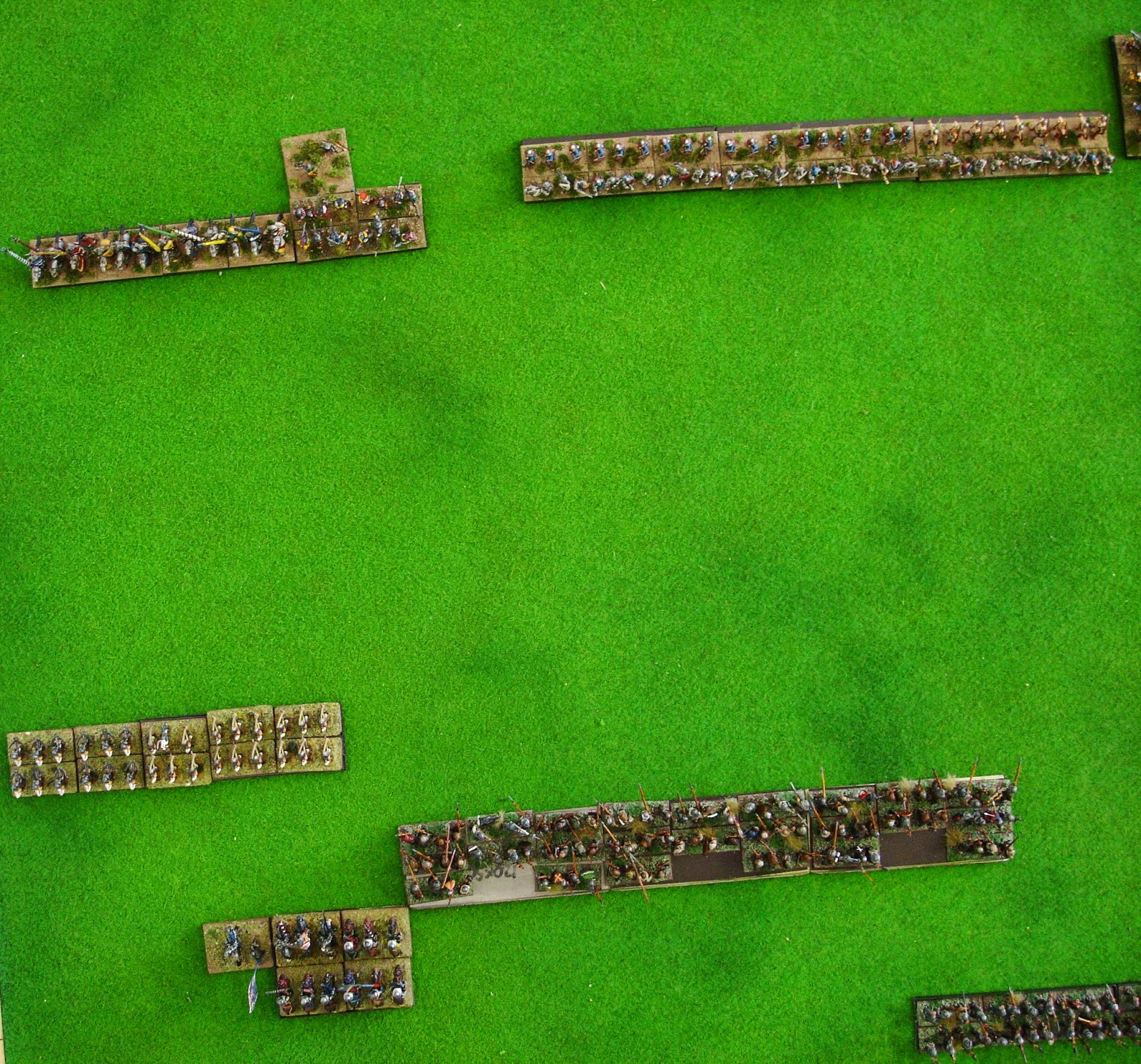 My command on the far left.  It looked promising, I just had to get things lined up. 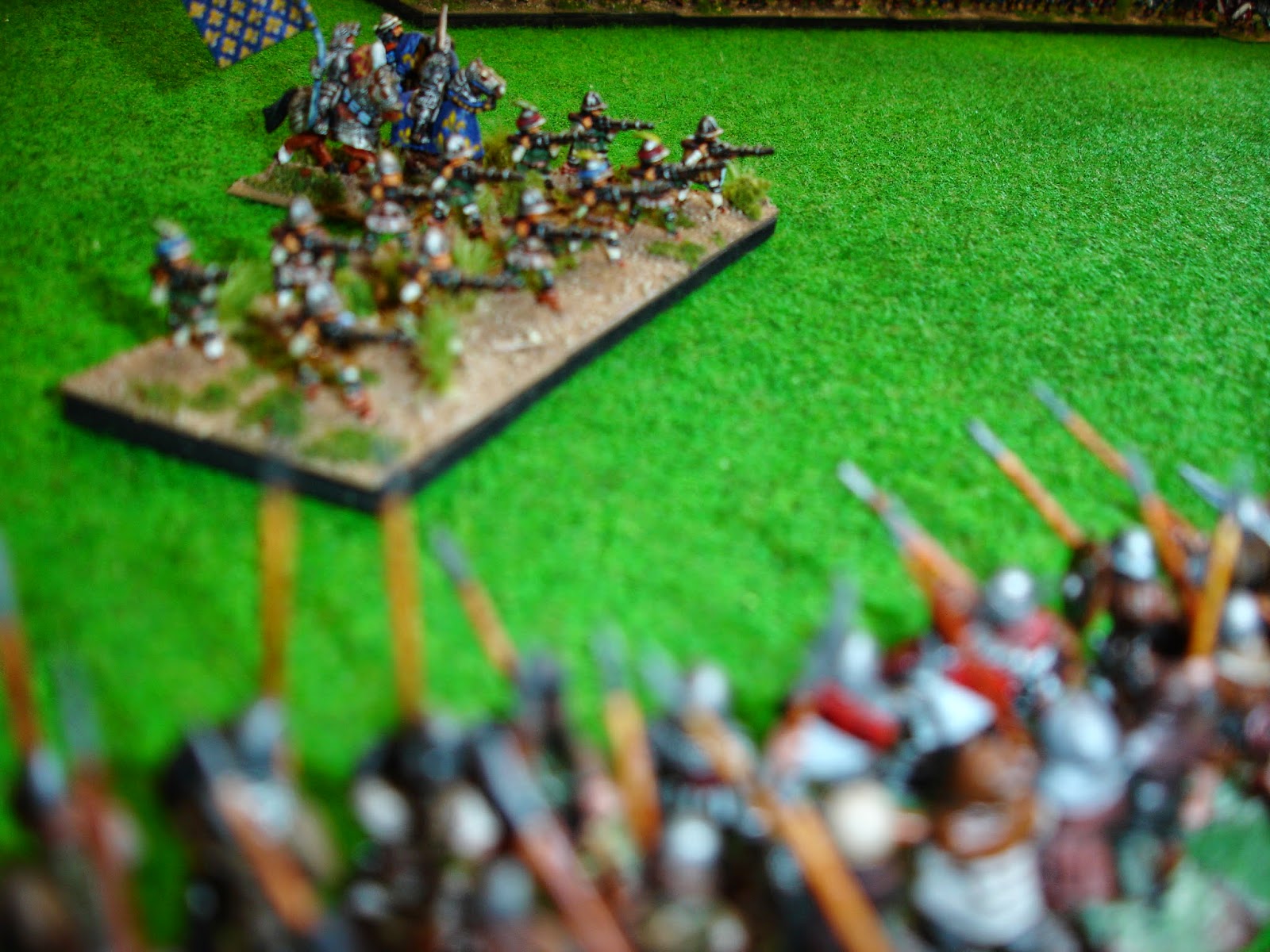 Those pesky enemy handgunners.  We had nothing to match them. 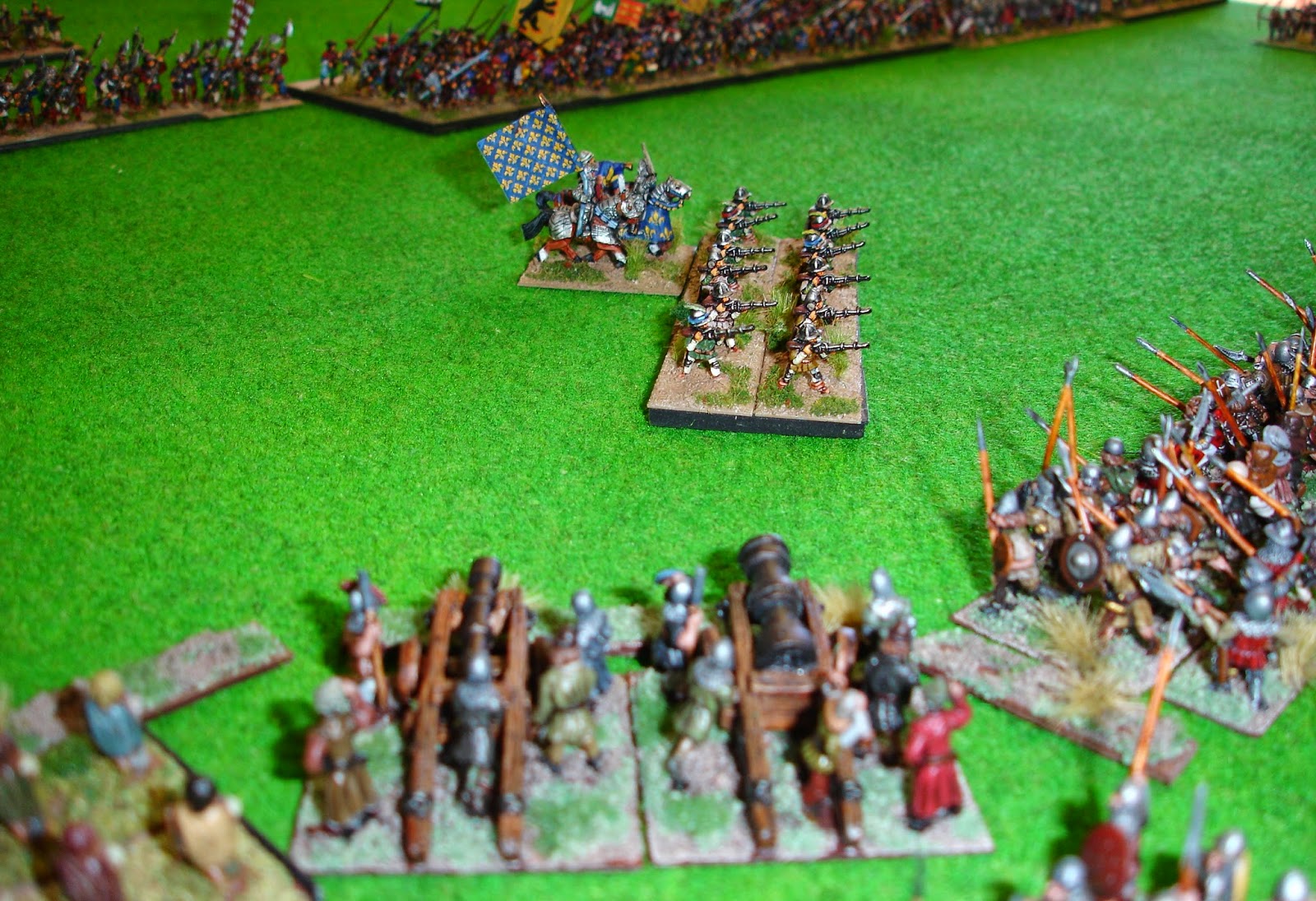 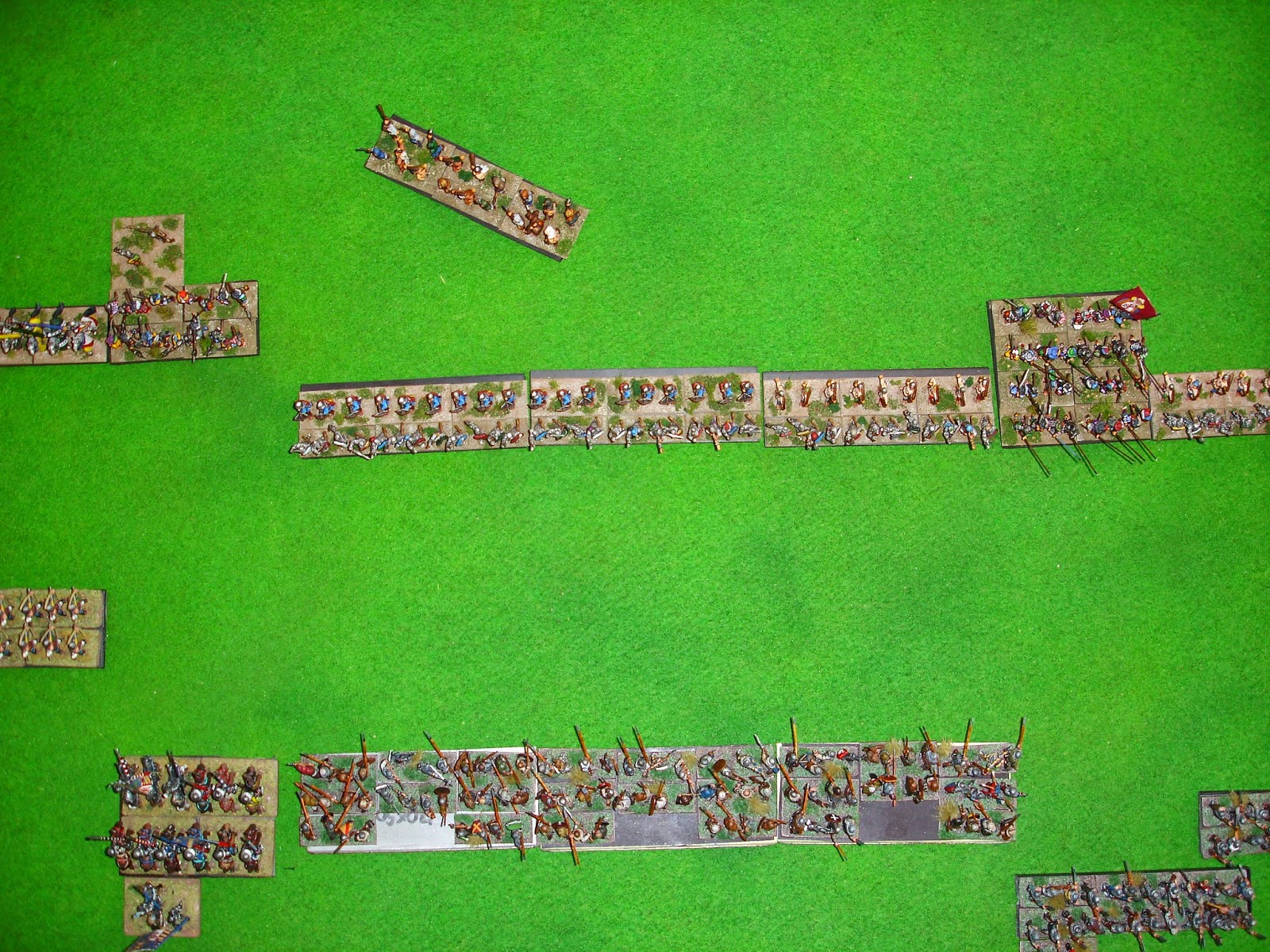 The Scot's left advancing and trying to line up. 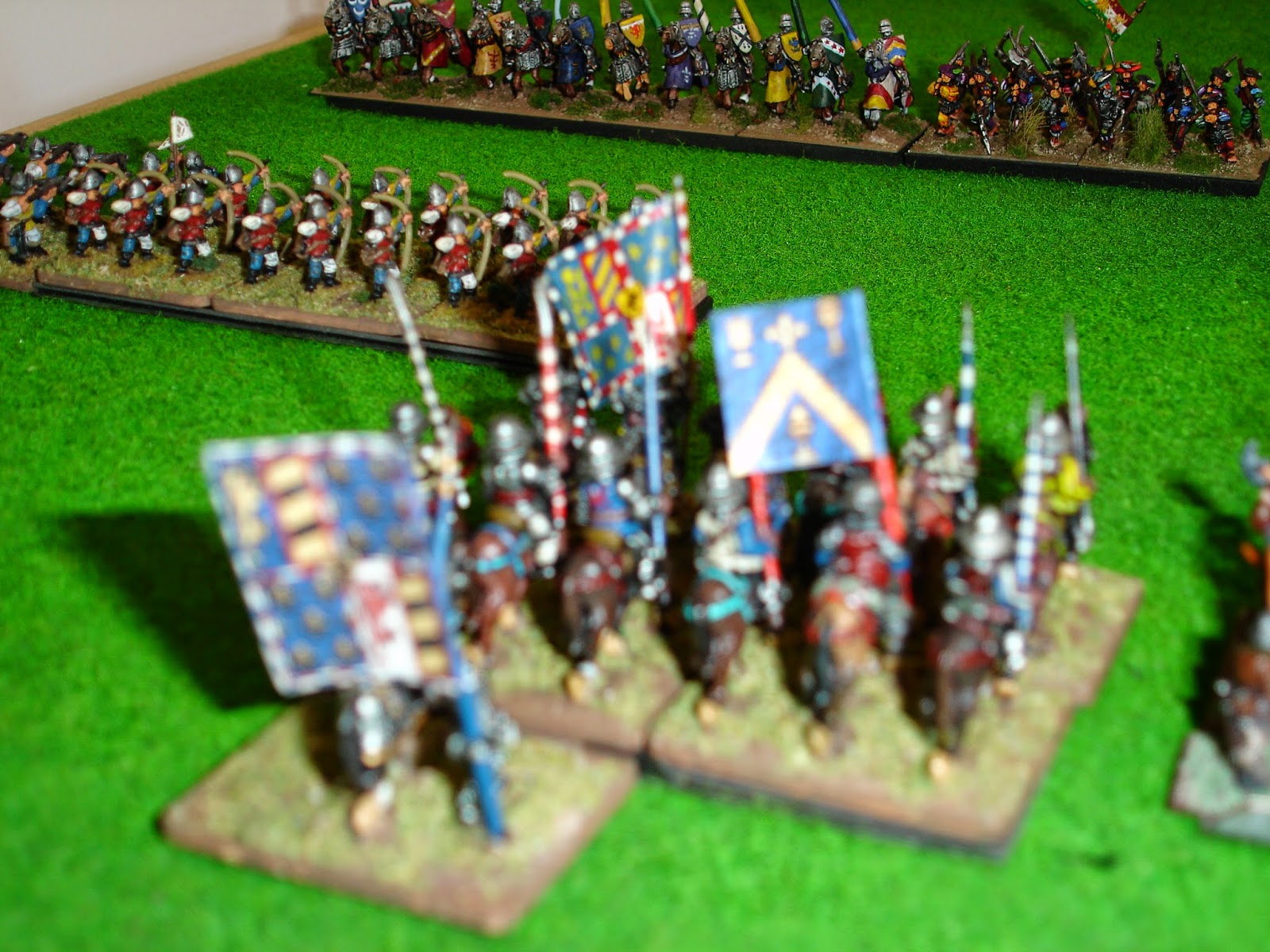 French knights getting ready to charge, but timing is everything and it was proving tricky. 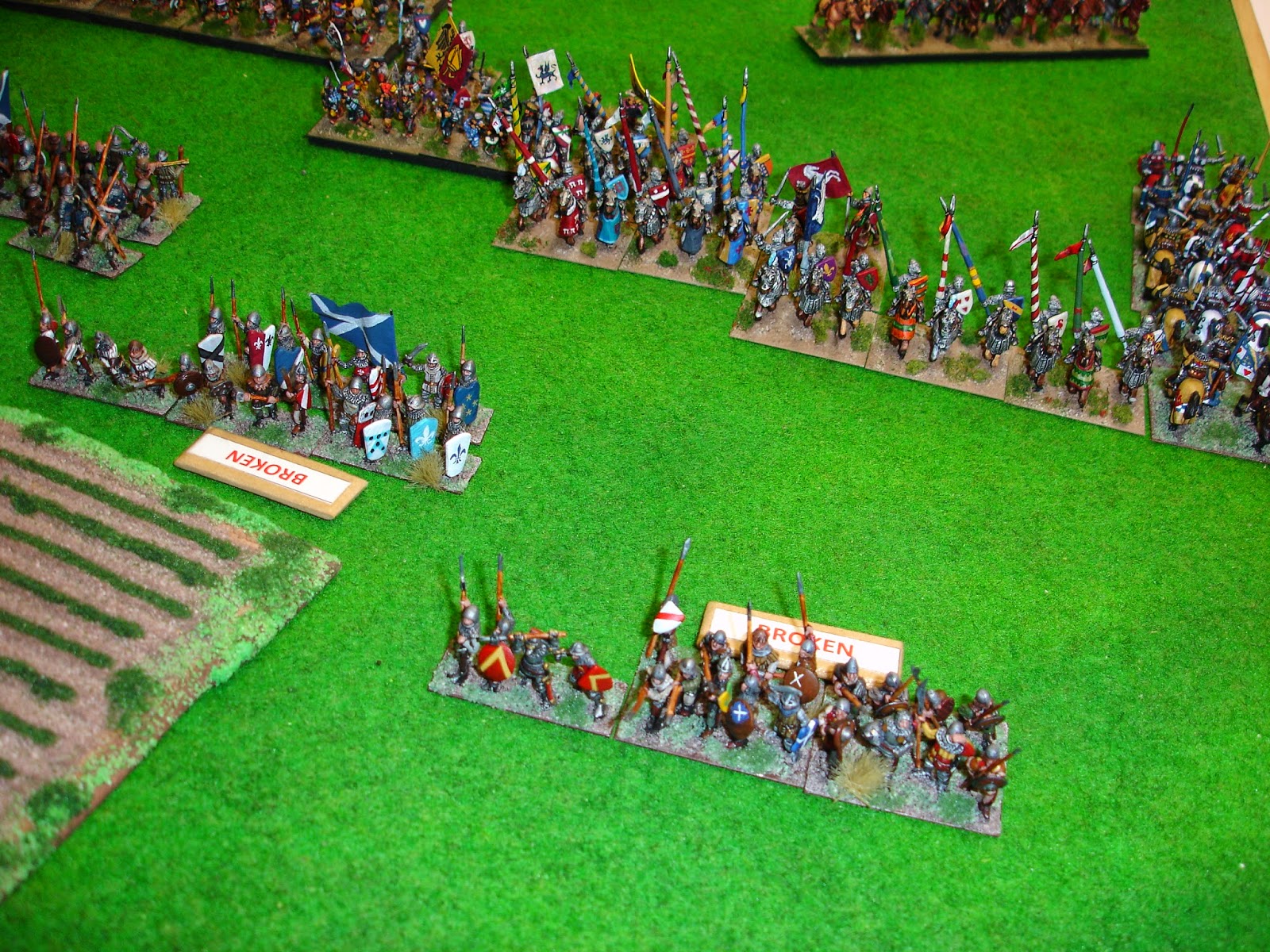 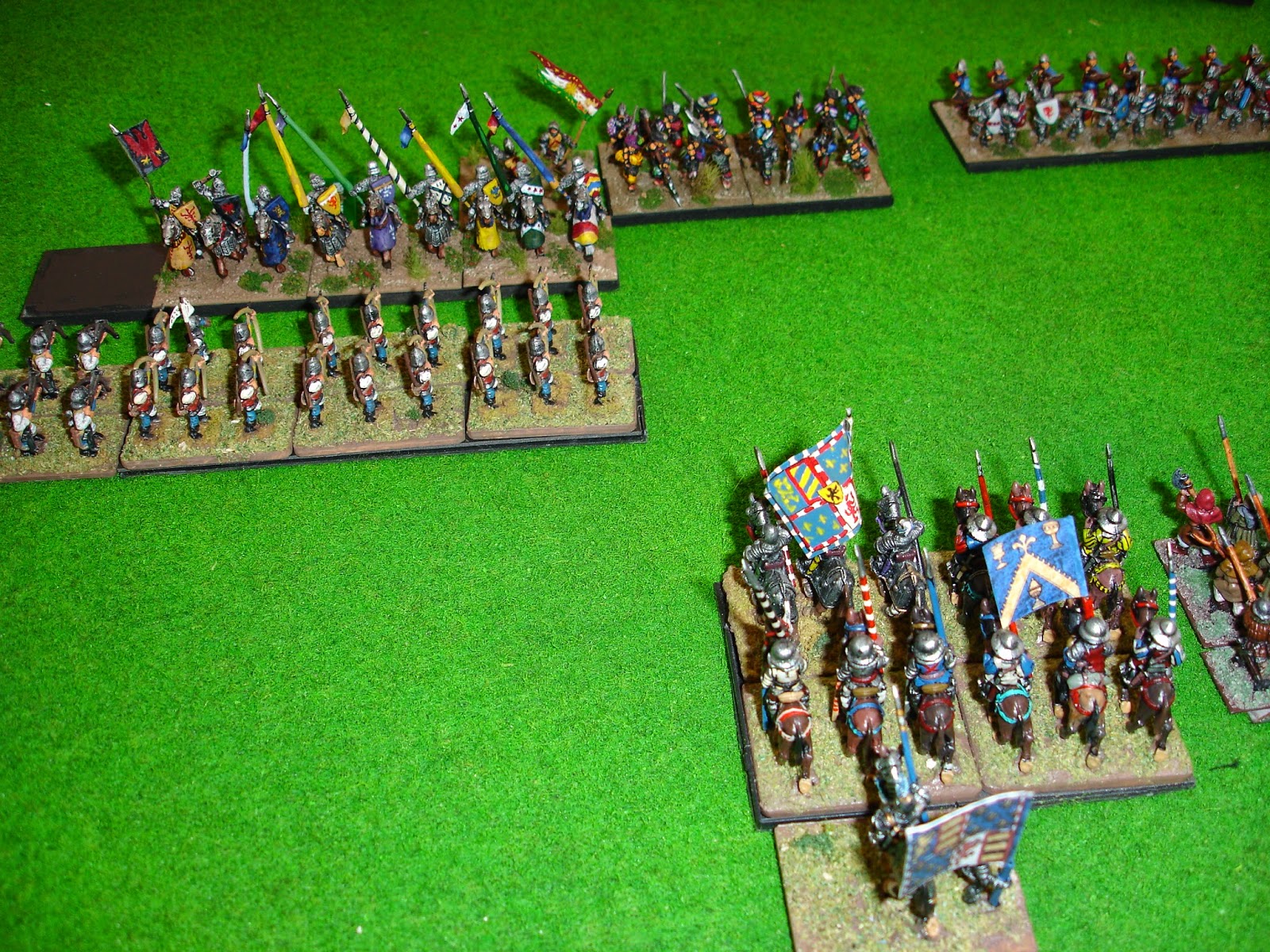 My moment of glory as my longbow decimate the enemy knights. 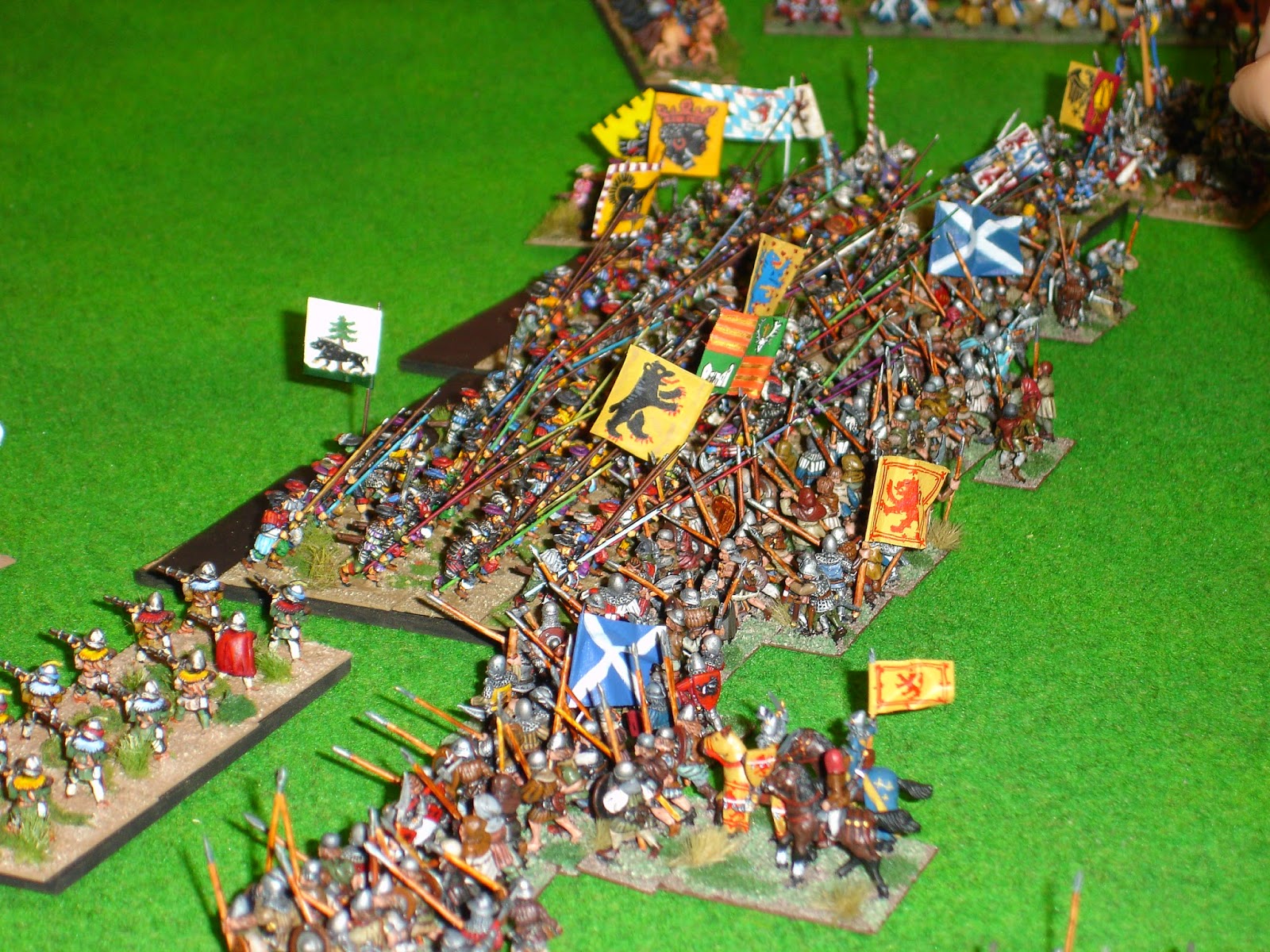 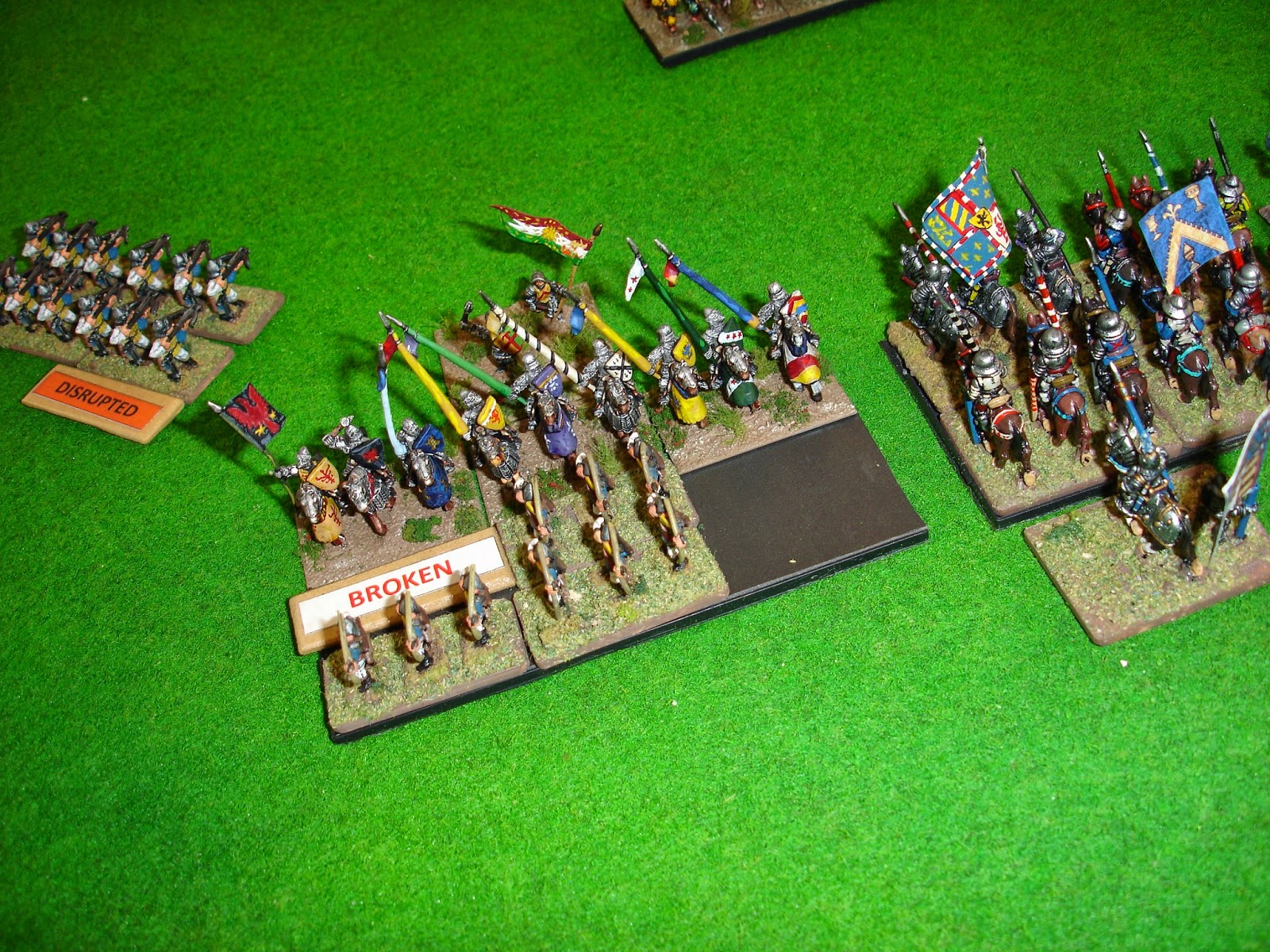 My longbow get ridden down.  They survived the impact, but were hopeless in the melee. 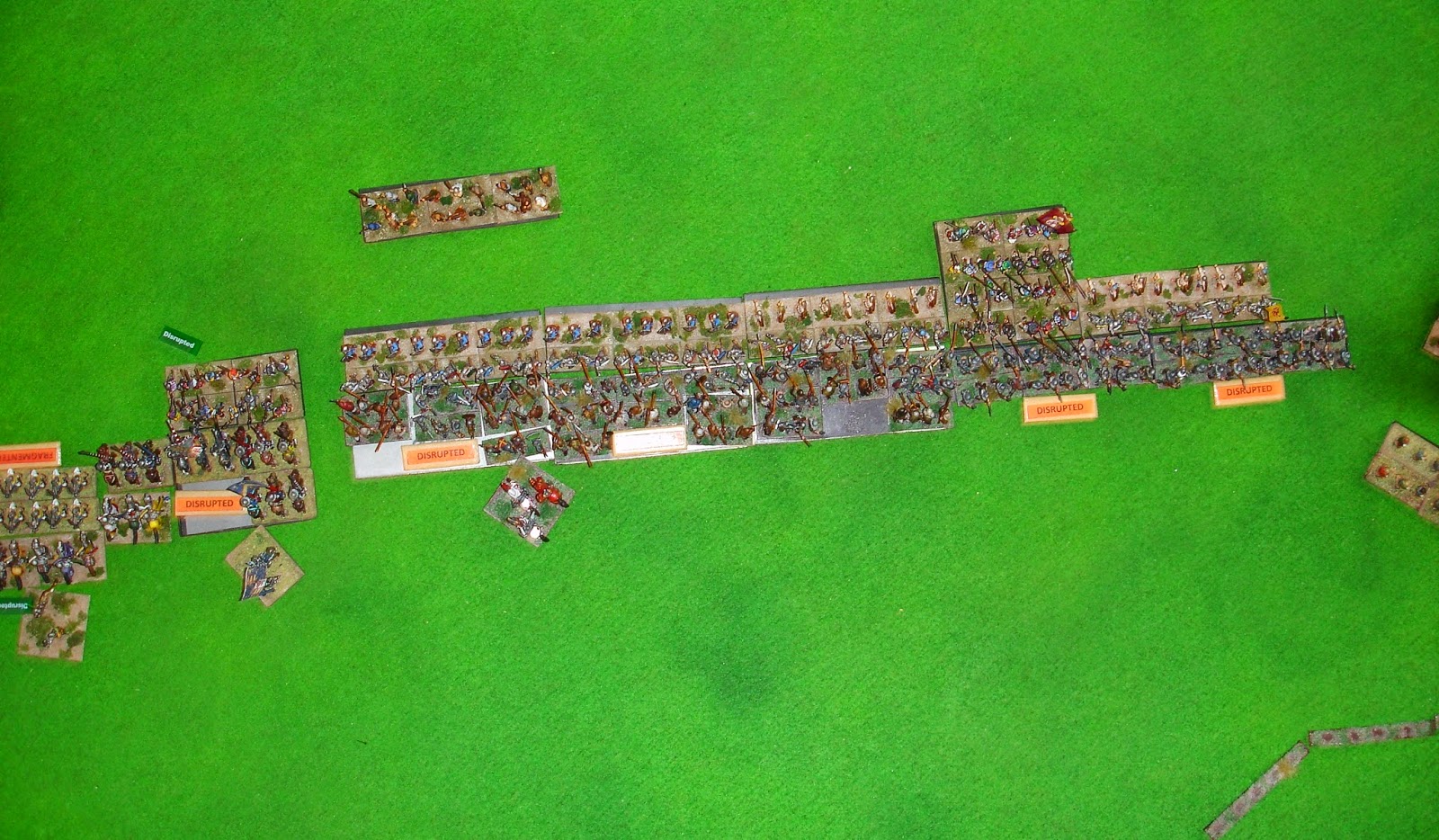 My line gets into contact, but all goes bad.

I'm normally a lucky player, but my luck deserted me this time.  Equally matched, we had four rolls each needing 4 or better.  I got none, my opponent got four.  So it goes.