First some before shots: 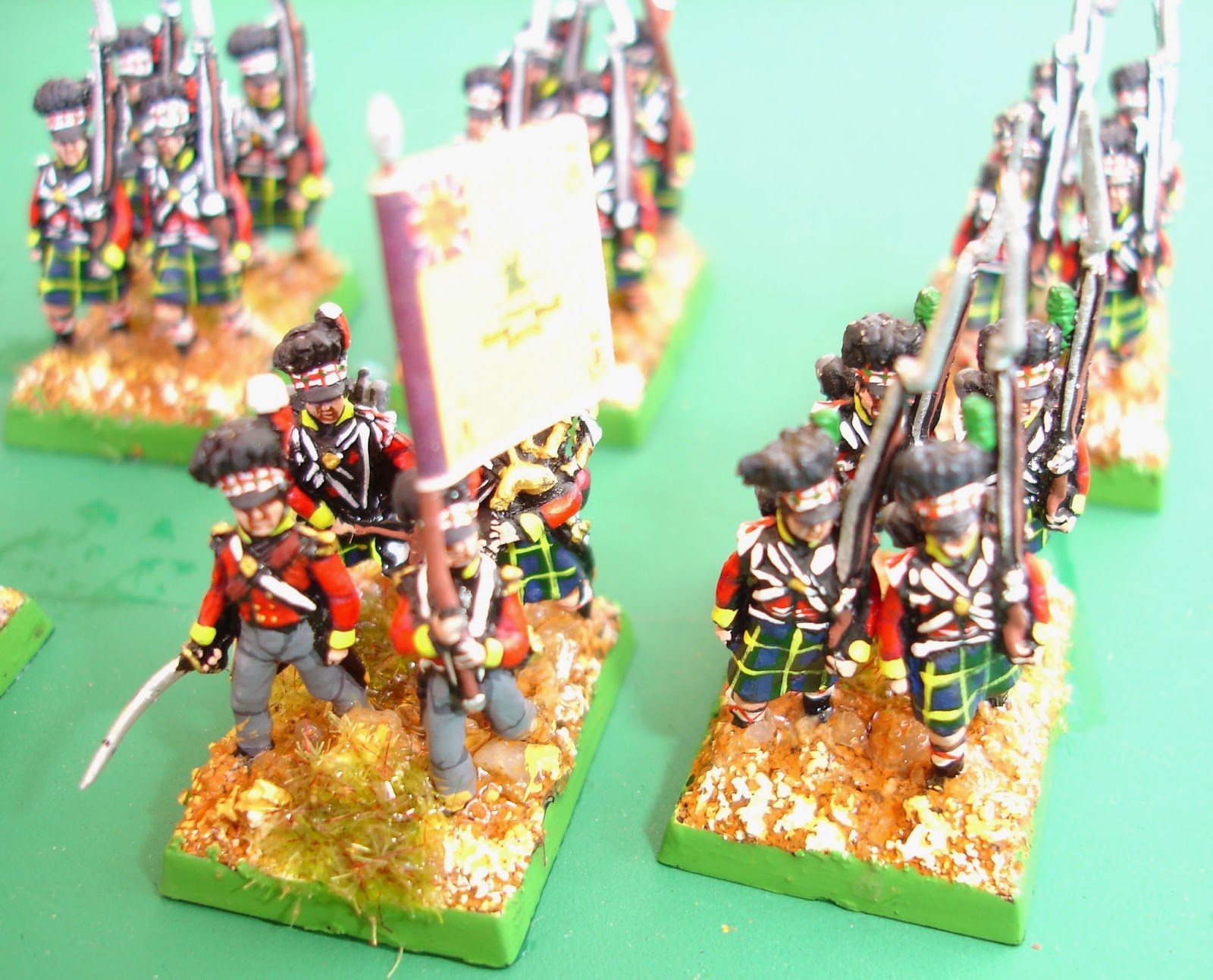 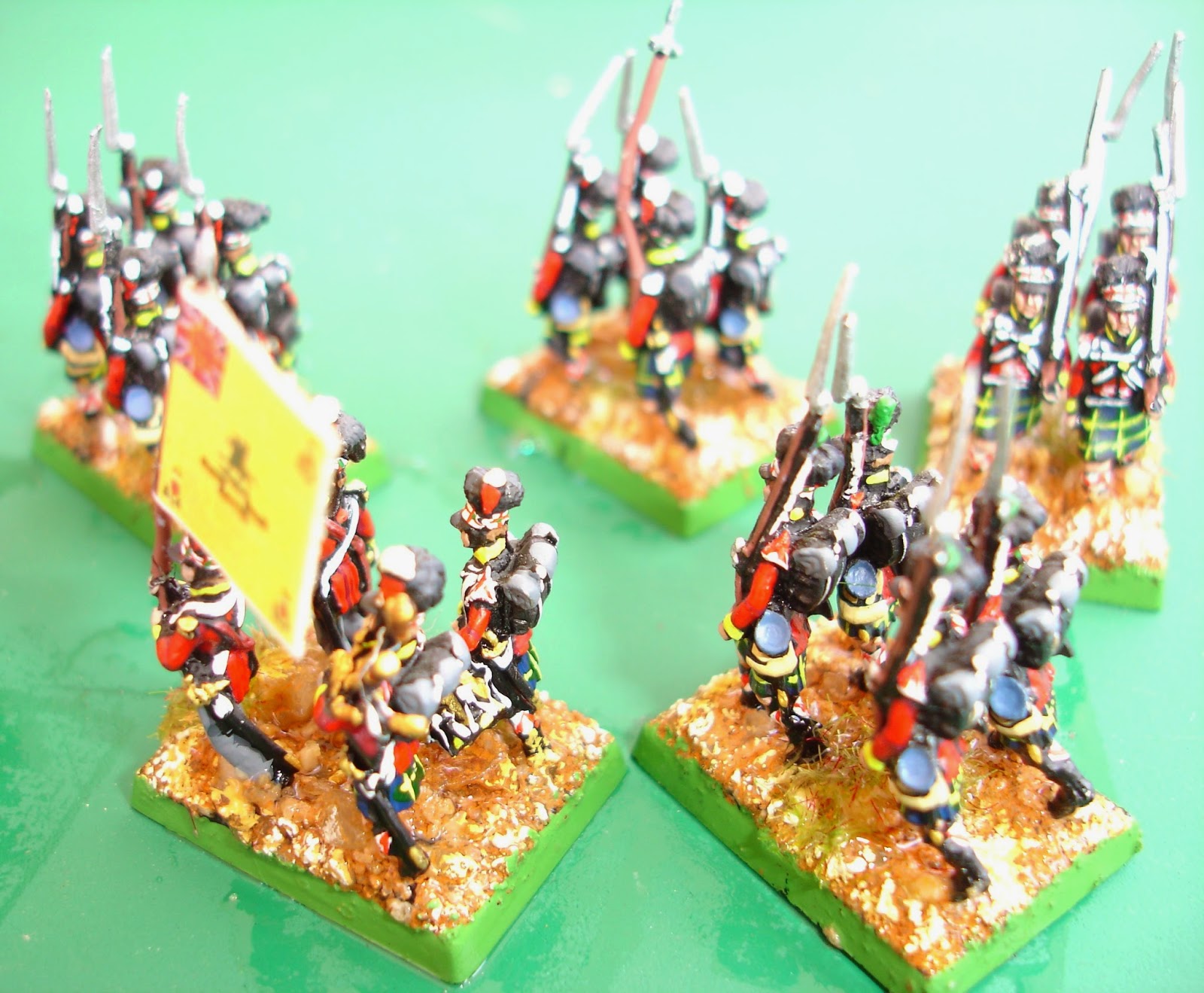 There were six stands all up to rebase, totaling 24 figures, only one of which had a broken bayonet.  Facings had to be changed as I already had the Gordons and as I had also done one lot of the Dragon Painting Service Highland units as the Blackwatch, this lot were going to be the Camerons. 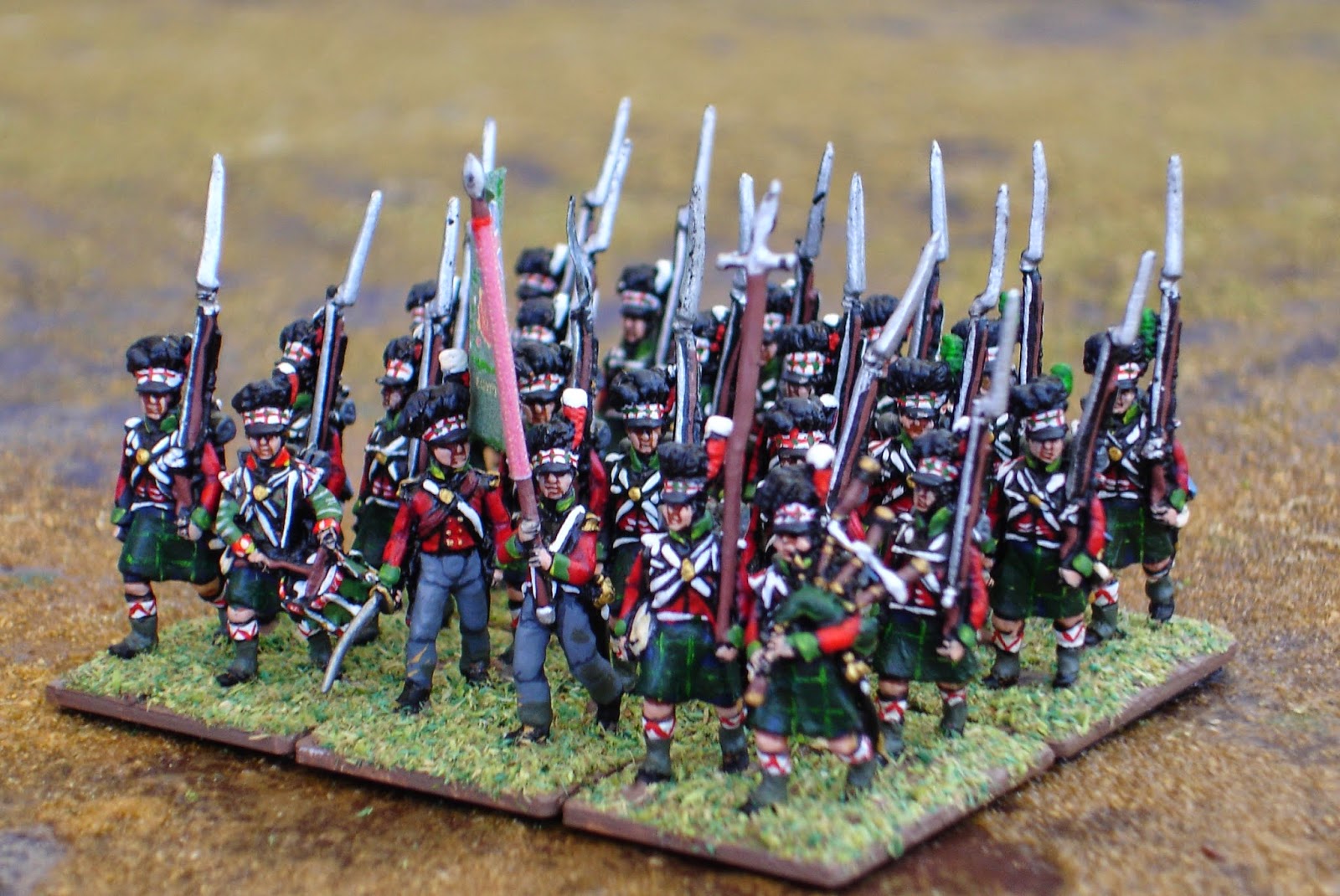 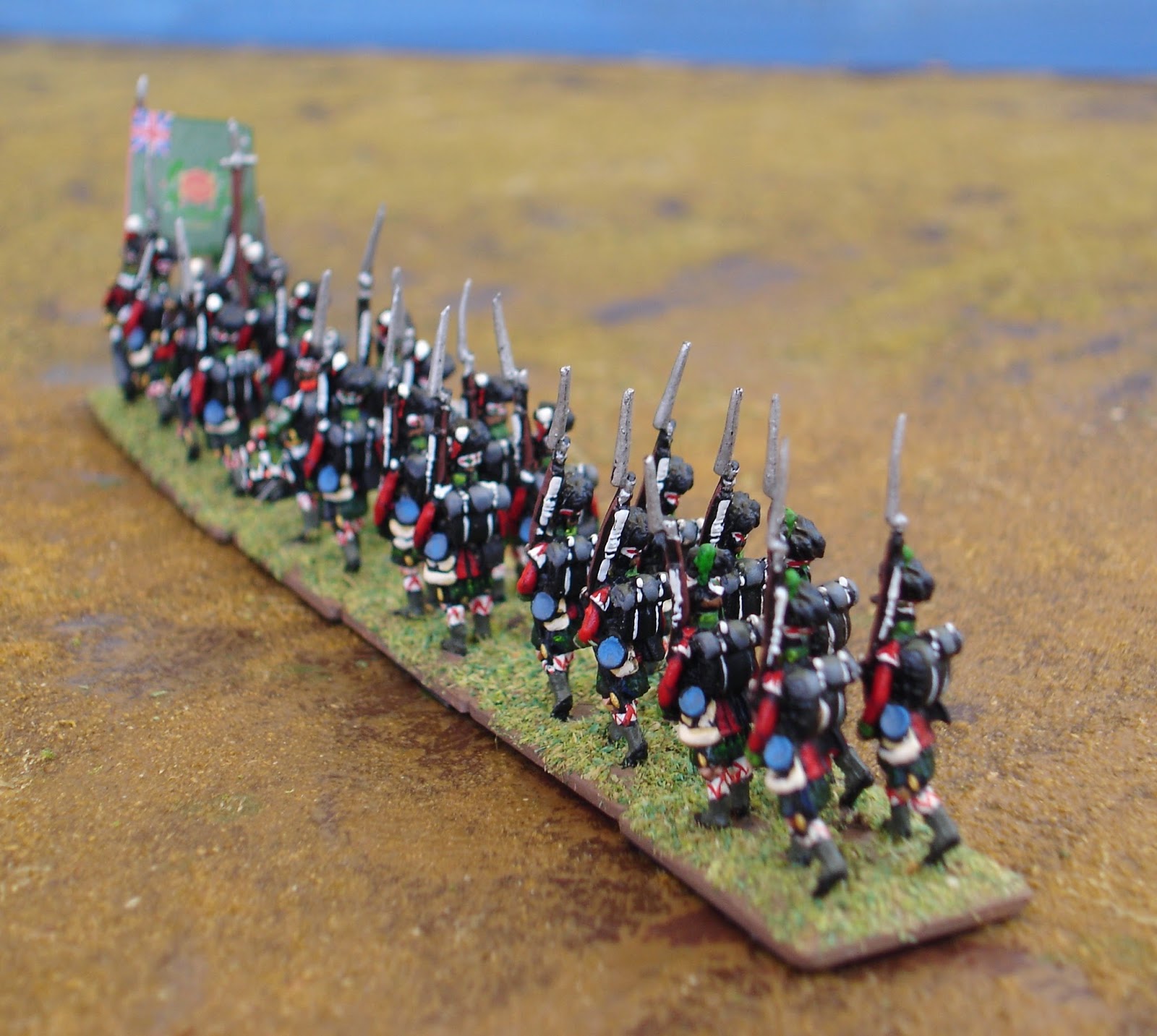 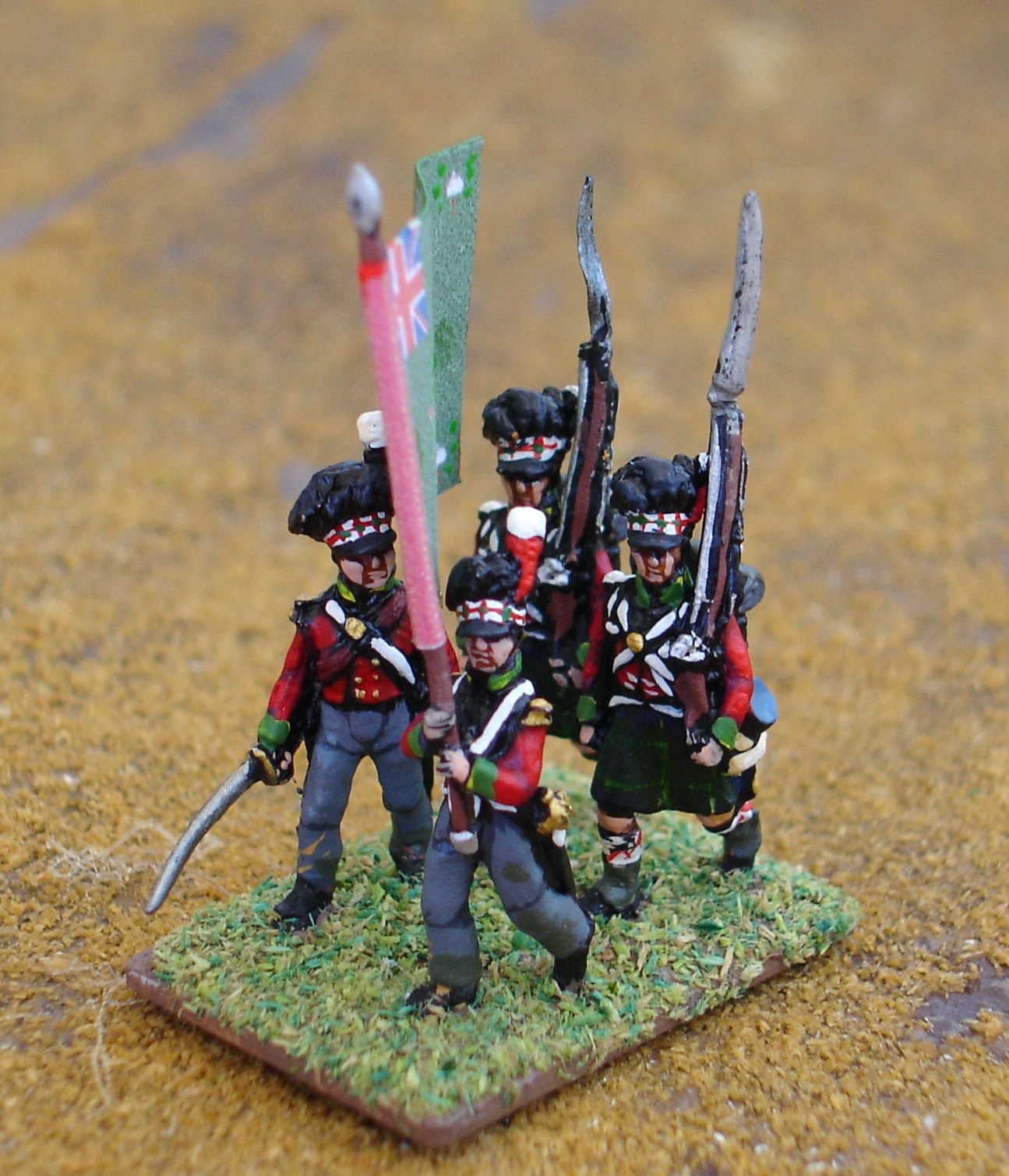 The missing bayonet was replaced by foil from a wine bottle top.  I cut out a slither and attached with super glue and then reinforced with PVA glue before painting.  It seems to have worked, but is rather flexible and easily bends if touched.

As I was completing this unit Doug at Dots of Paint published a post on his highlanders.  Highly recommended for some excellently painted 28mm figures presented as innovative mini dioramas for the tabletop.  I was going to have a go at doing the kilts until I saw his master piece and decided discretion was better (and just gave the DPS painted Gordon tartan a paint over with some dark green which seemed to be all that was needed with this scale - phew!). 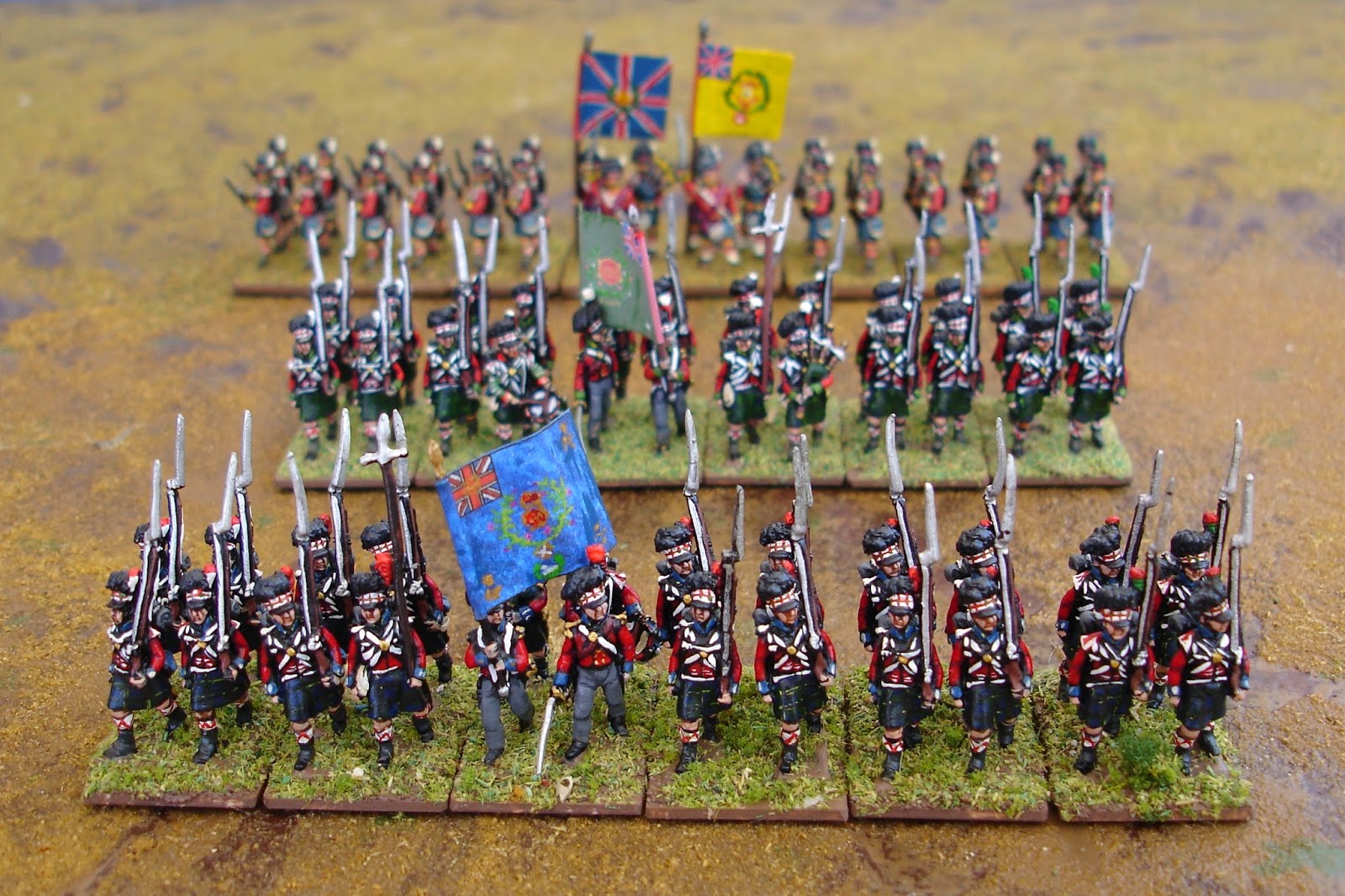 My three Highland units for Napoleon's Battles.  Actually only need about three or four stands 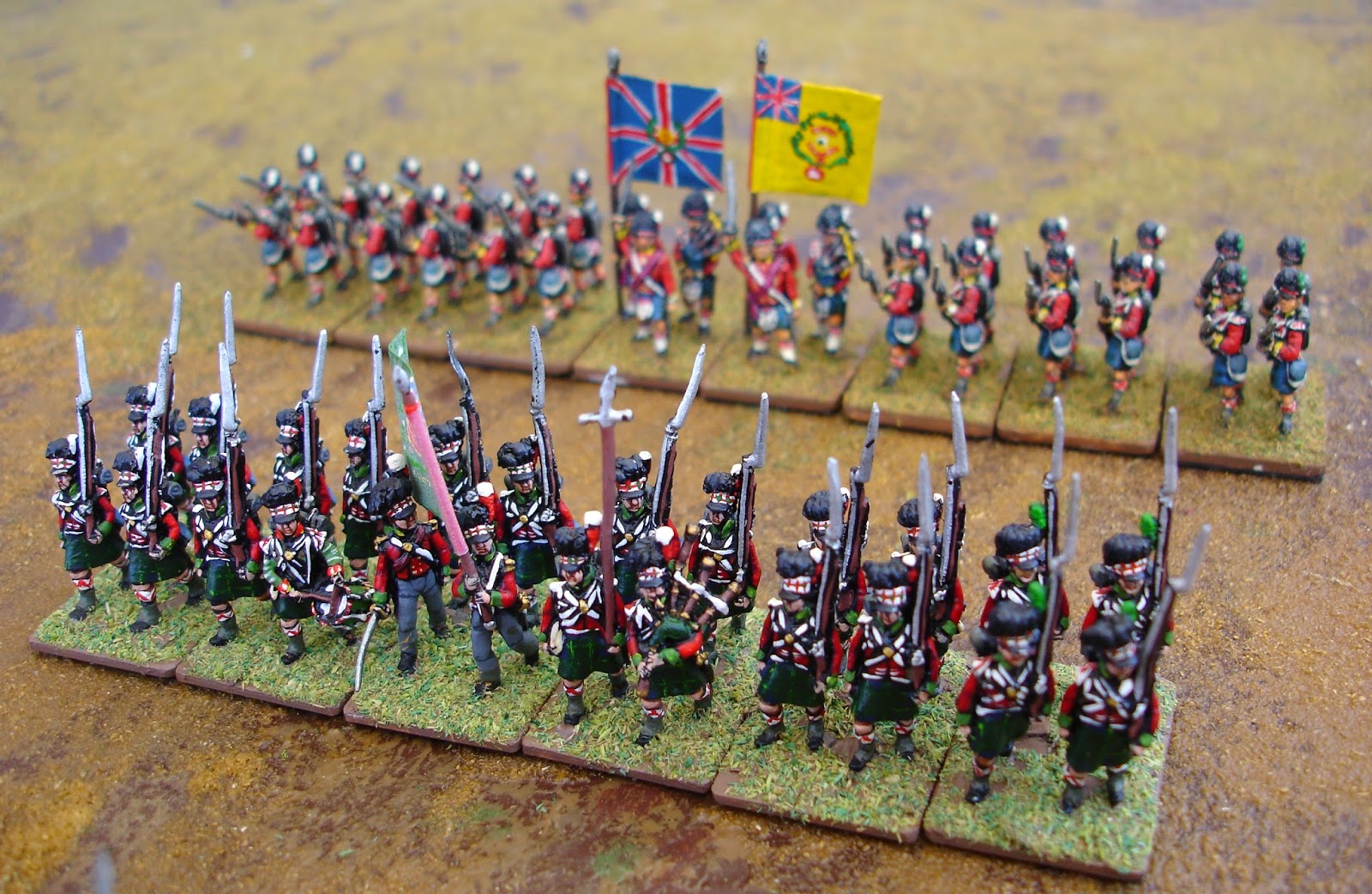 A final shot of the 79th with my Gordon Highlanders in the rear.  The 92nd are Essex figures and painted ten years or more ago.  The flags are hand painted and the 32 figure unit is so I can field two 16 figure units if required.

One unit to go and then I need to do a serious stocktake of forces for Waterloo.