A long time a go I painted these. 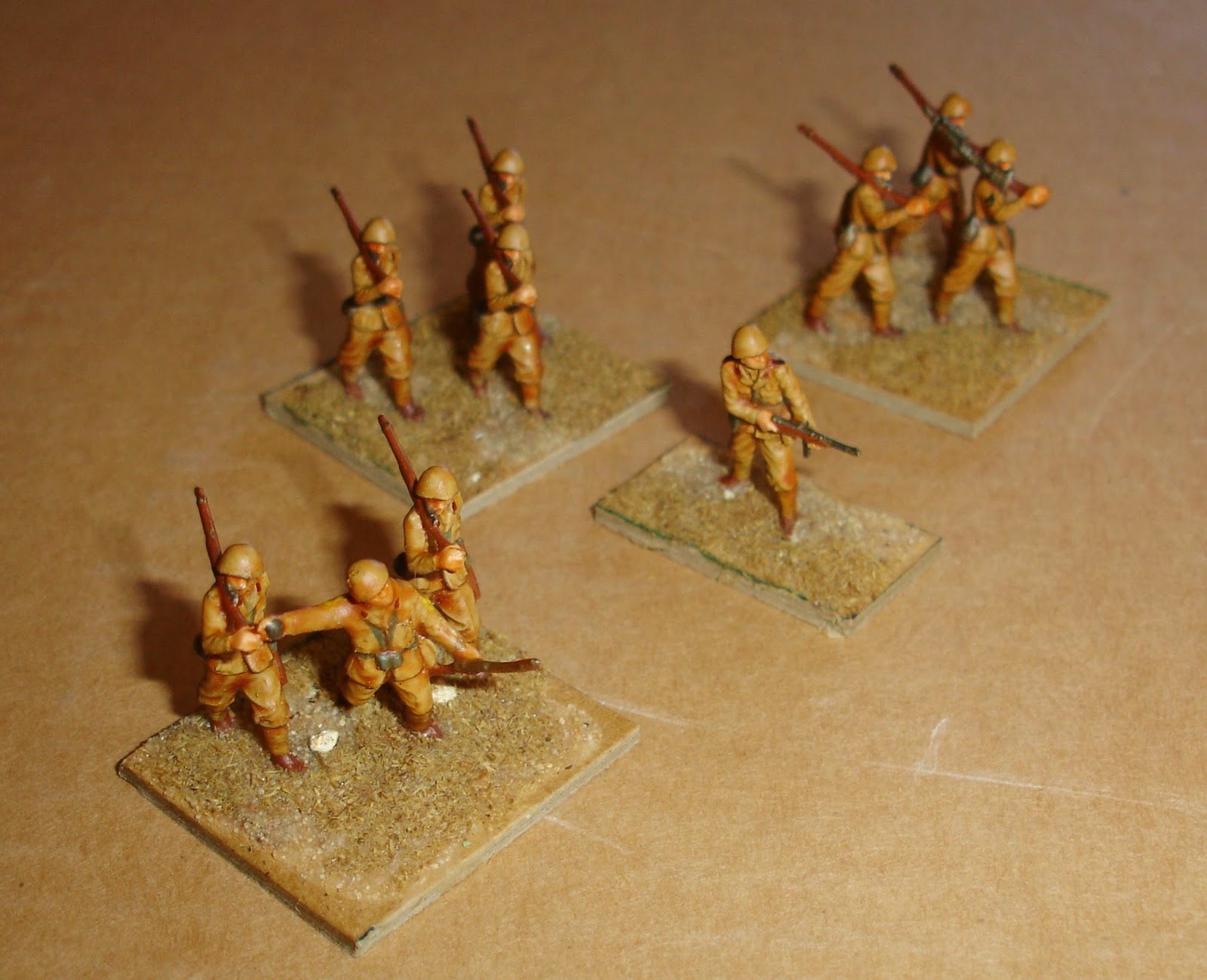 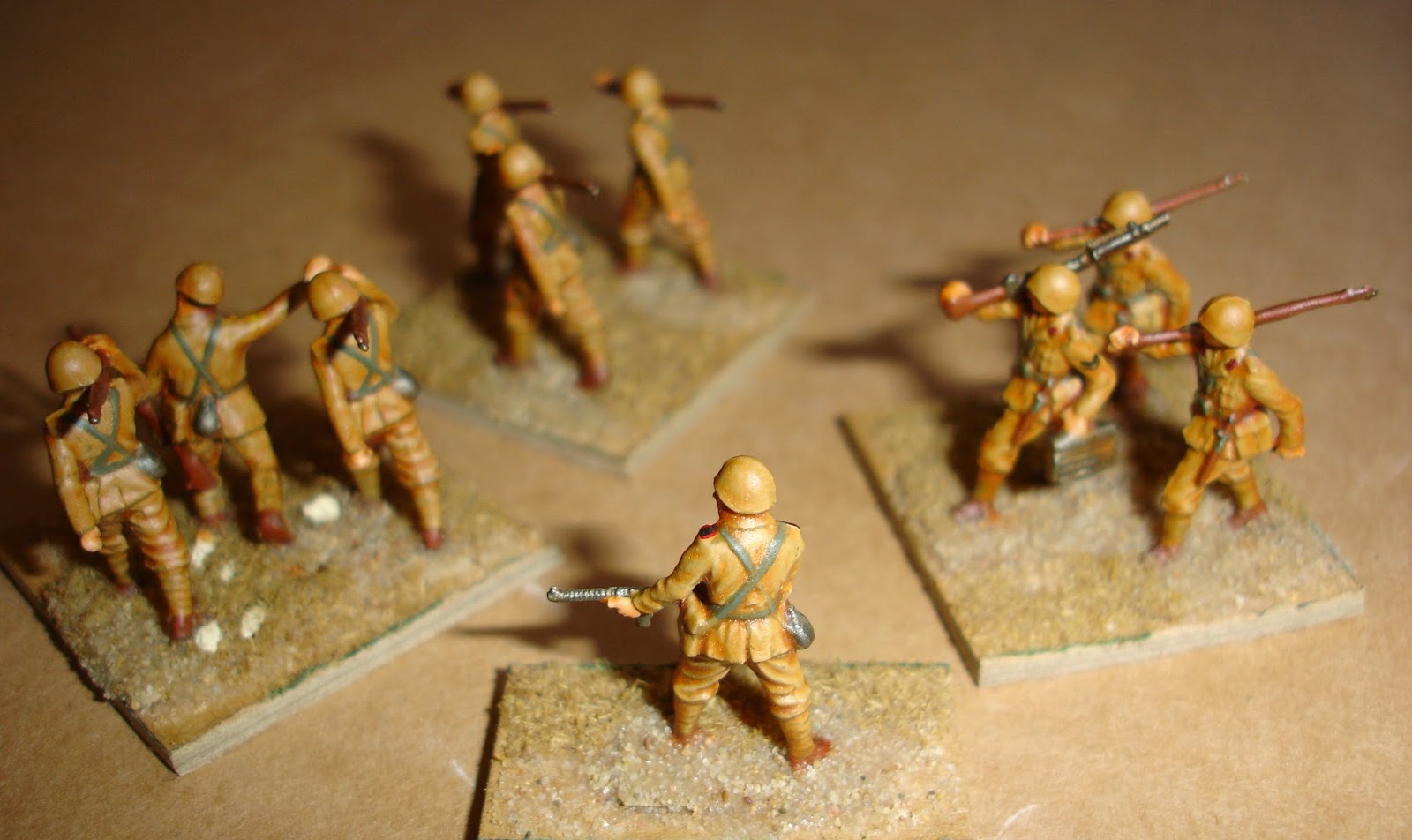 This was in the days when I was just starting to explore basing methods.

There is a conversion of an Airfix Japanese infantry man in there, waving his arm to encourage the marching figures, a pose I particularly liked/like.  Actually I think he is trying to throw a grenade or maybe playing fetch with the unit's mascot which is out of picture.

There is another (slight) conversion with one of the marching guys now carrying a light machine gun, which I am pretty sure I took from the 2nd Edition Airfix Afrika Korps.

I think these figures also had an experimental coat of wood varnish of some sort.
Posted by Sun of York at 4:28 PM