Fanatic foot versus elephants?  This could be nasty, but my Arabs fronted Mark Woods' Indians all the same. 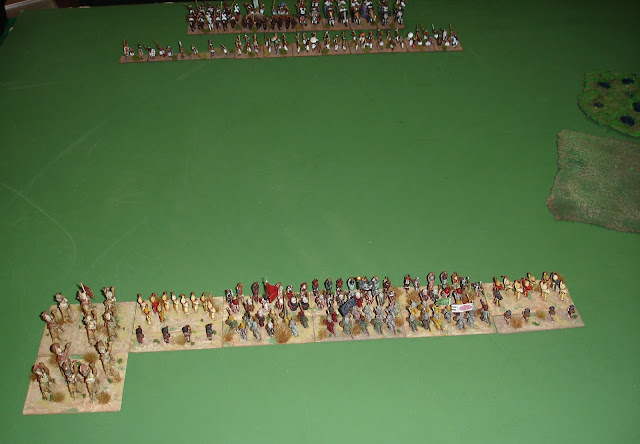 Deployment.
The Arabs were out scouted
(as BI counts elephants and heavy chariots as mounted when it comes to scouting)

We got off to a slow start. 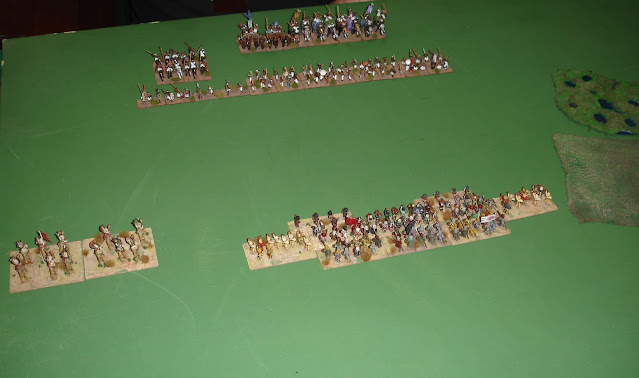 And things slowly started to develop

But it was still taking time to come to combat

Finally the two armies are in range.

A tremendous charge by the Arabs completely wiped out the Indian foot.

But they didn't.
While they threw many dice, they got very few hits.
Attrited away, only the Indian chariots remain.