From Salerno to Rome - Part Nine

After their big offensive the Allies seem exhausted and could only sit and watch the Germans retire to the Gustav Line.  They have a plan however... 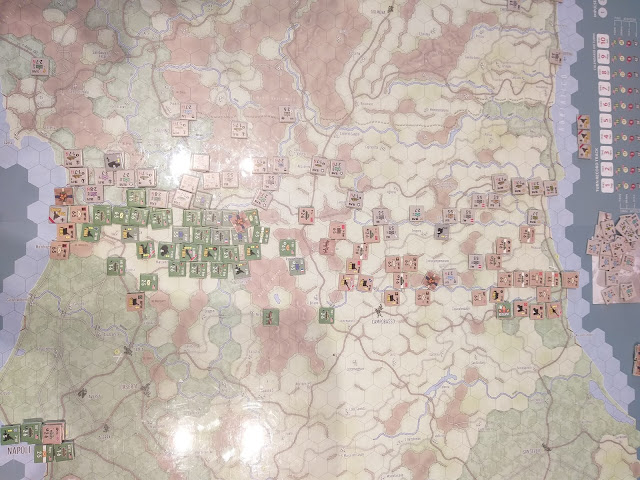 January 1944 and the Germans start to pull back on the east coast.
At the same time rushing troops to the centre to repair the break in their lines. 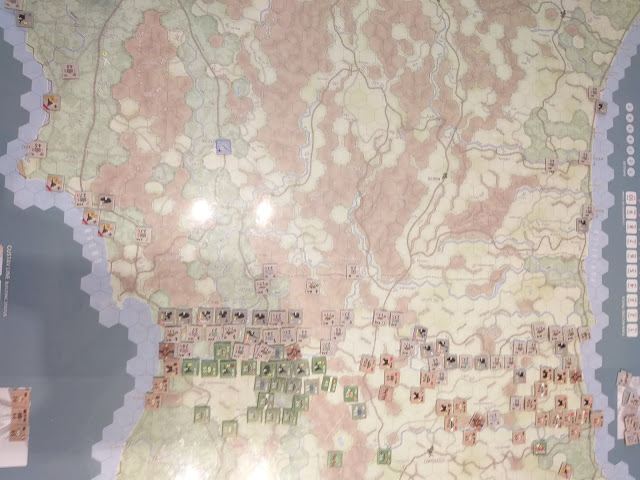 The Allies seem too exhausted to follow up, but wait... 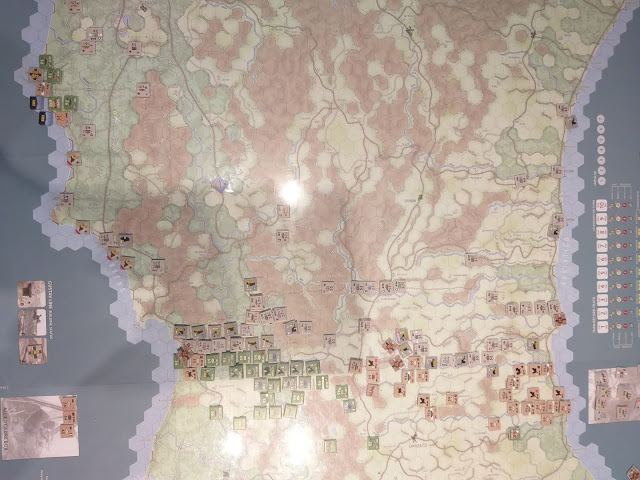 A major invasion has just taken place at Anzio.
Who would have thought? 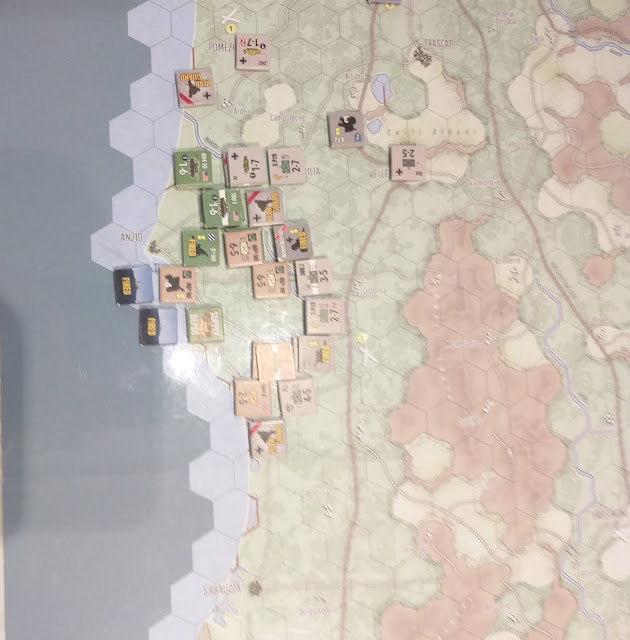 However the Germans were ready with Case Richard.
Reinforcements pour into the area to seal off the bridgehead 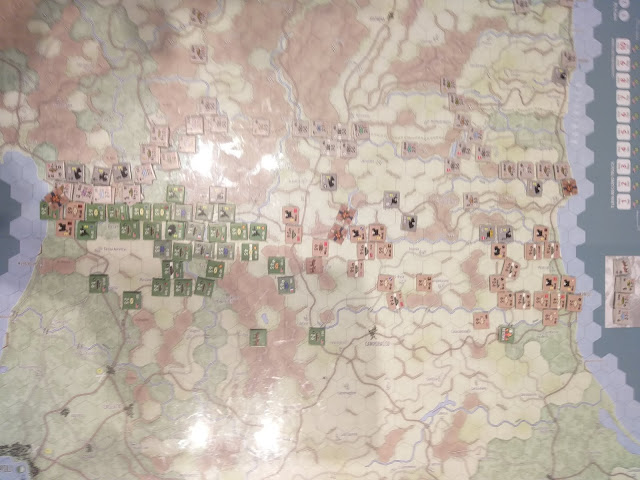 The rest of the Allied forces cautiously advance. 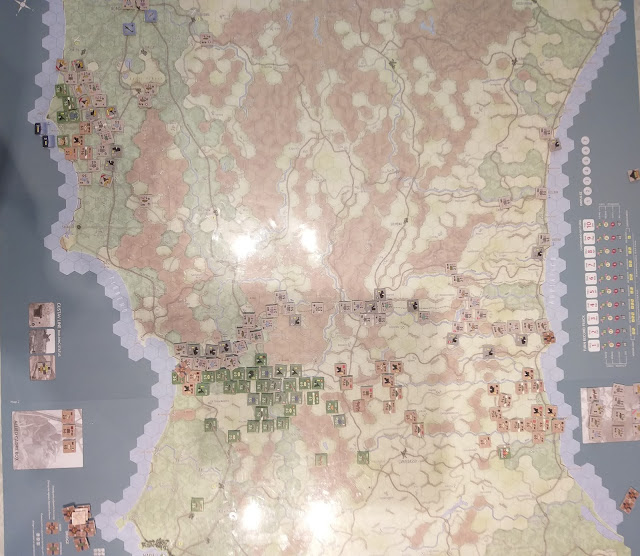 There is now a good distance between the two sides,
except on the west coast where things are up close and personal. 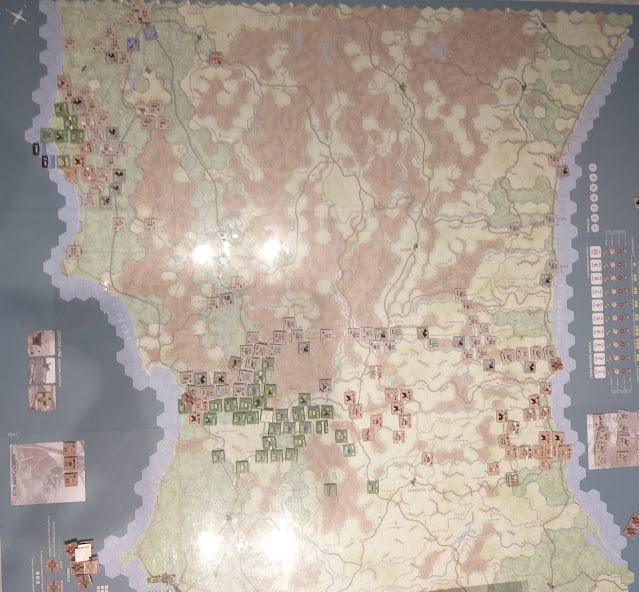 The end of the January impulse.