An historic mid 7th Century match up.  This was an introductory first game for John who took my Arab army to face me with my Byzantines.  While a friendly, learning game it still produced lots of fun. 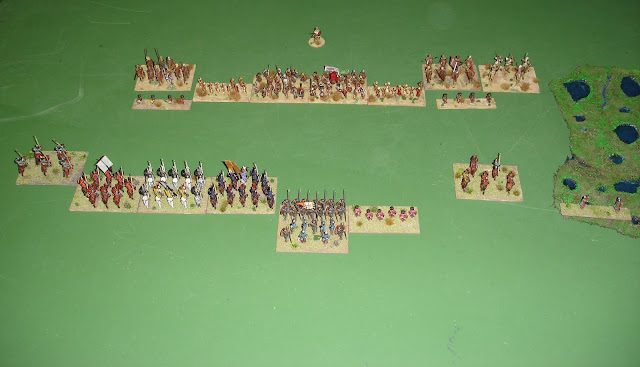 End of the first turn and the Byzantines are well placed to attack.
I was not going easy on the new guy. 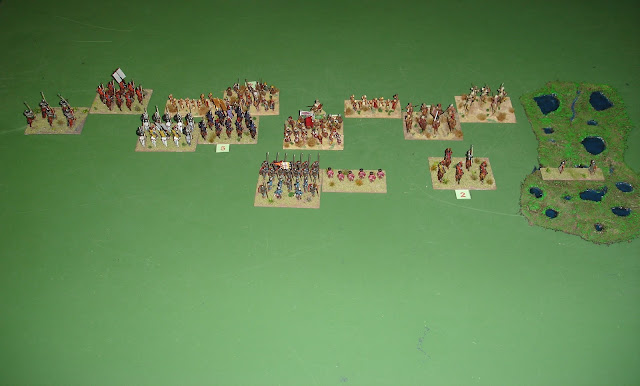 They seize the initiative and do just that!
With this initial success I started to feel a bit mean. 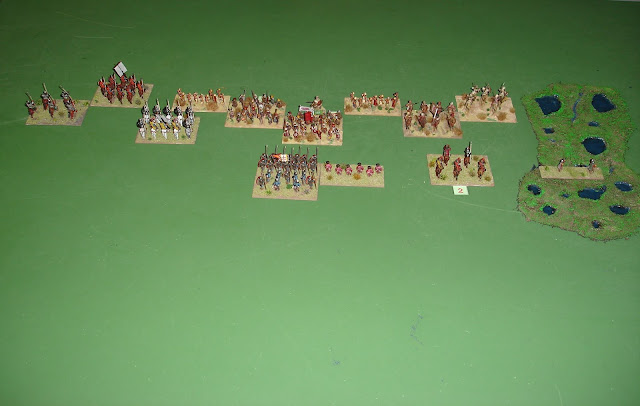 But wait, one combat was not completed...
Disaster strikes as the Byzantine CnC and his unit is routed.
Whoops! 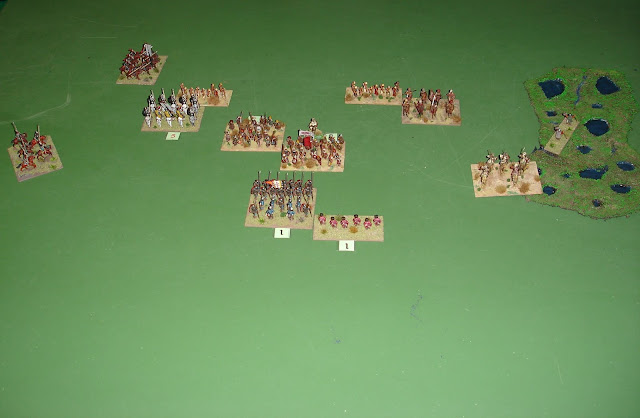 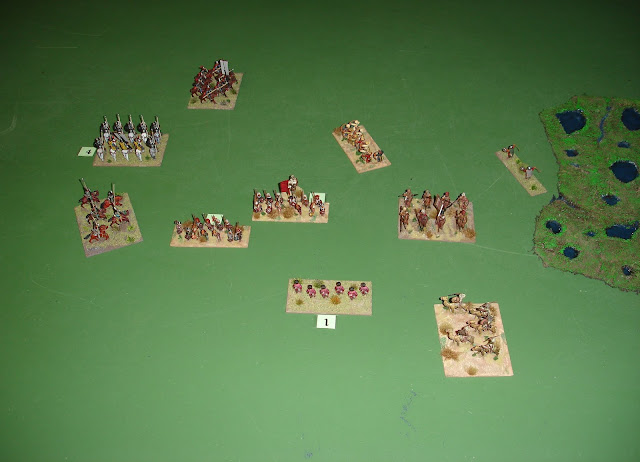 Both sides are one unit away from breaking. 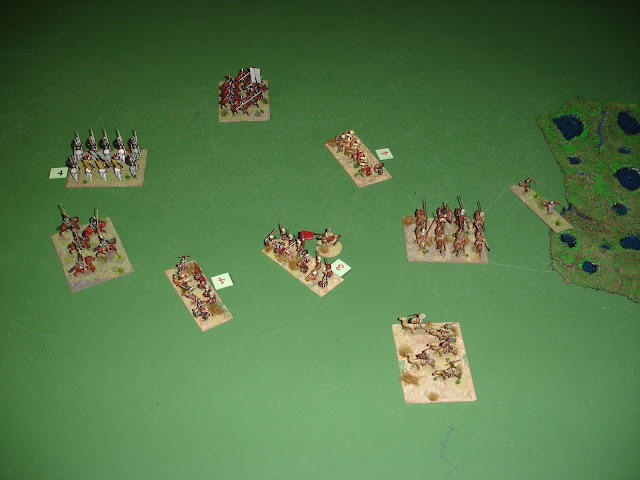 But the Byzantines break first.