Hot on the heels of Warsaw 1920, this book, lent to me by Richard, provides more detail to the events of that period and location. 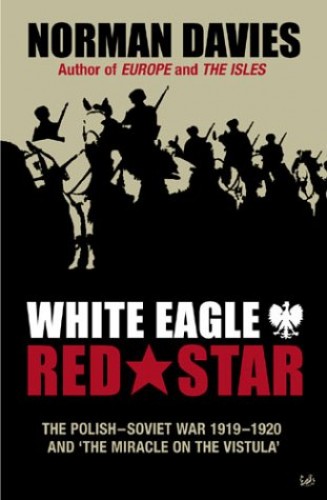 The Legend of Weygand's Victory.  "La victoire était polonaise, le plan polonais, l'armée polonaise" as he wrote in his memoirs but what really happens in history is less important than what people believe to have happened (p222).  Ain't that true!

The descriptors of the actual fighting is best served by Warsaw 1920, but what this book does is provide a lovely analysis of the perceptions, and for such a forgotten but momentous event there are lots of opinions, many of which have been buried and thus contributed to burying the knowledge of this conflict.

Generals' and politicians' reputations and legacy are formed by so many threads, often very delicate threads, that any challenge to them must be met most harshly or be ignored totally in the hope that they will die (applies to both the contra message and the deliverer of that message in many cases).

There are obviously some interesting aspects to this conflict.  It is still be conducted by cavalry and conscripts.  There are a few planes and armoured cars.  The big technical advance is the use of horse drawn machine guns (tachanka) in conjunction with cavalry and the armoured trains. 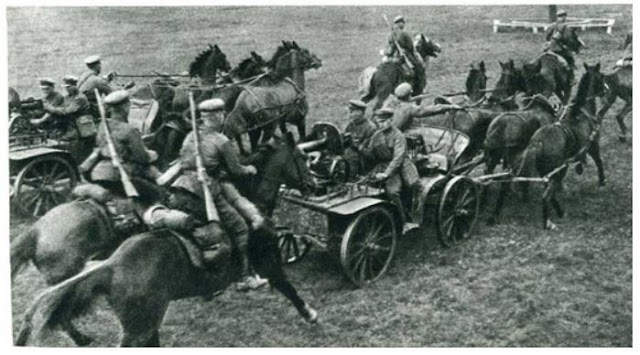 tachanka
A tachanka (Russian: тача́нка, Ukrainian: тачанка, Polish: taczanka) was a horse-drawn machine gun, usually a cart (such as charabanc) or an open wagon with a heavy machine gun installed in the back. https://en.wikipedia.org/wiki/Tachanka

There is the potential for real and imagined foreign intervention.

There is a crusade feel to the enterprise, on both sides.

However the conflict is hard to follow for someone not familiar with Polish and Russian names of people and places.  The latter doubly so in that many places changed names as frequently as they changed hands and that there are often alternative spellings, particularly due to the conversion of the Russian alphabet to English.

I believe this conflict is still relevant today in helping us understand what followed in the 1930s, as well as the West's attitude to communism, although this goes well beyond this early attempt of the Soviets to export revolution and was coming on top of what had been a turbulent century, even if it is not portrayed that way with Victorian Britain and the 100 years of peace after the Battle of Waterloo.

One thing I didn't appreciate about this book was that it was written in 1970.  A lot has changed since then, but it's observation on the aftermath of the war are still relevant.  This quote, penned in 1931 by Lord d'Abernon (who was part of the Interallied Mission to Poland in July 1920) took my interest:

"It may be that communist doctrine repelled by force of arms in 1920 will later achieve the disruption it seeks.  But should this come pass, it will be due less to the military strength of the Soviet, less to propaganda, however lavish and persistent, than to disunion among its adversaries and to the strange incapacity to deal with the economic crisis which is today so grave a reproach to the intelligence of the Western world."

It amuses me that the term "communist" is used unknowingly as an insult in today's America.  The bogey Bolshevik lives on.