The Soviets start early summer offensive on the Eastern Front with a major effort being made against Finland. 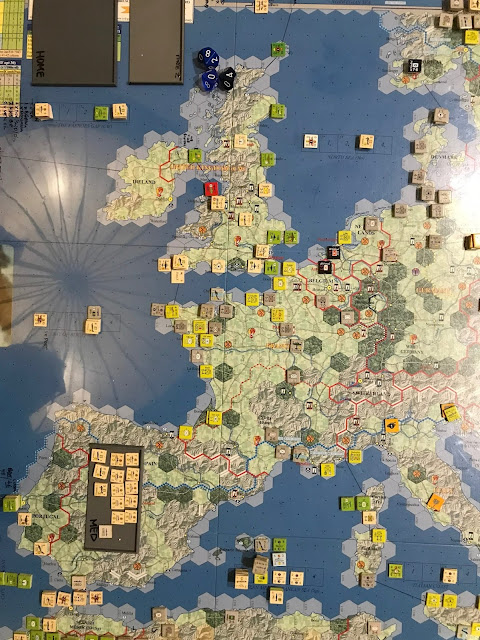 Fortress Europa without a roof - Paris and Brussels bombed - and so it begins. 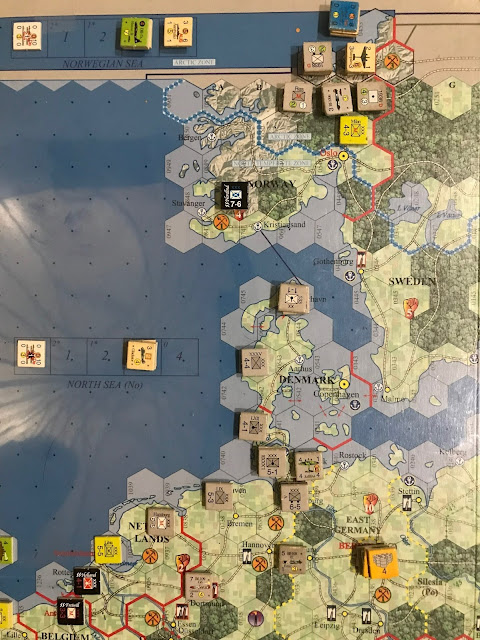 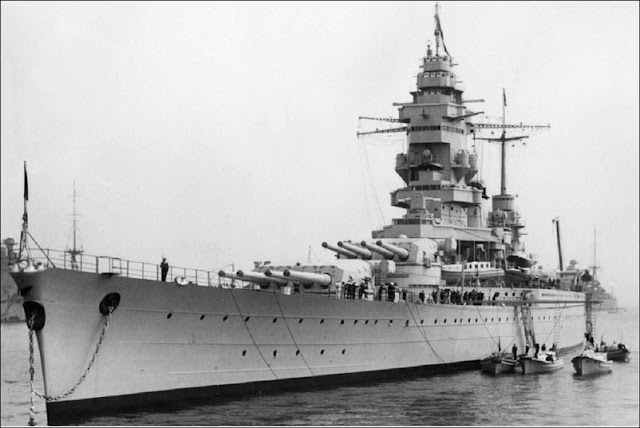 Dunkerque damaged in its first battle against GERM Nav 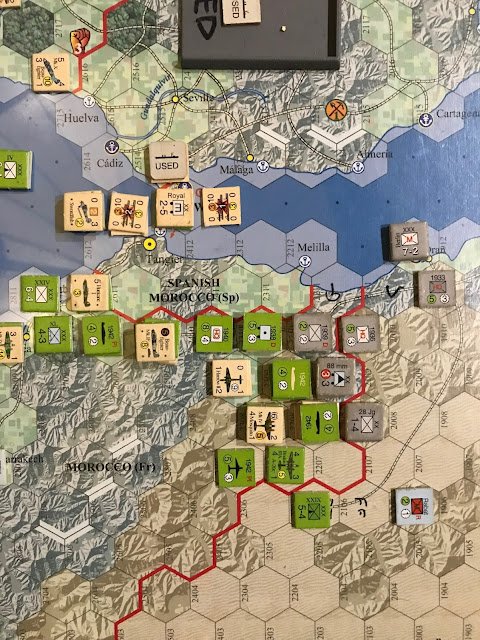 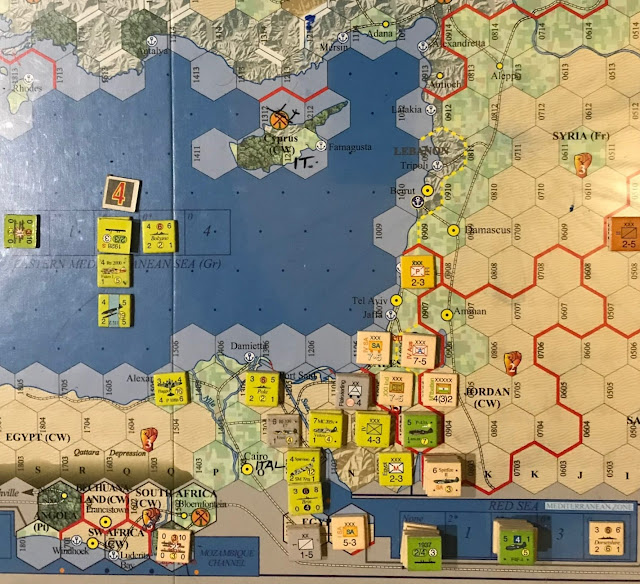 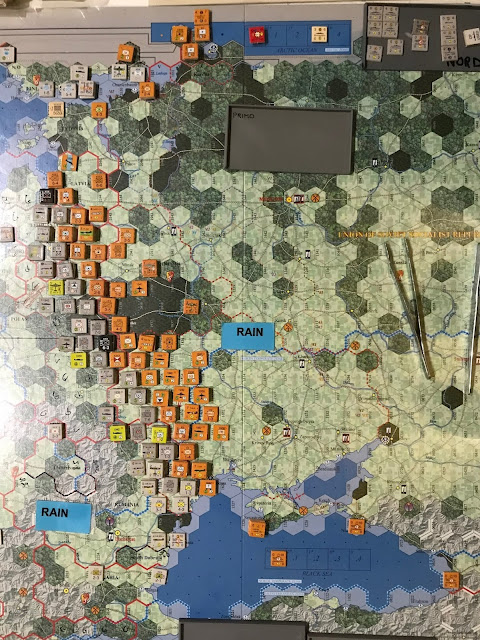 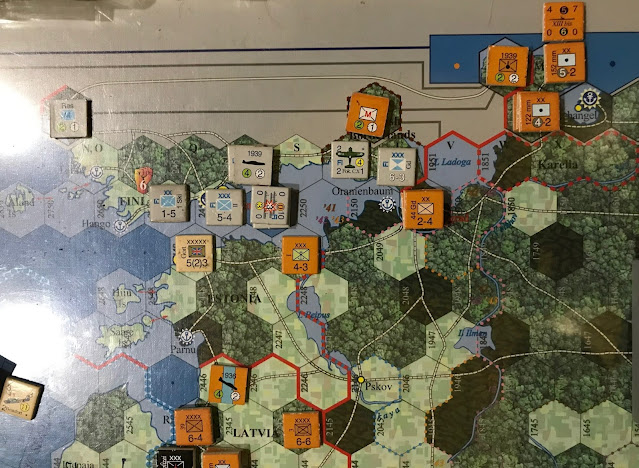 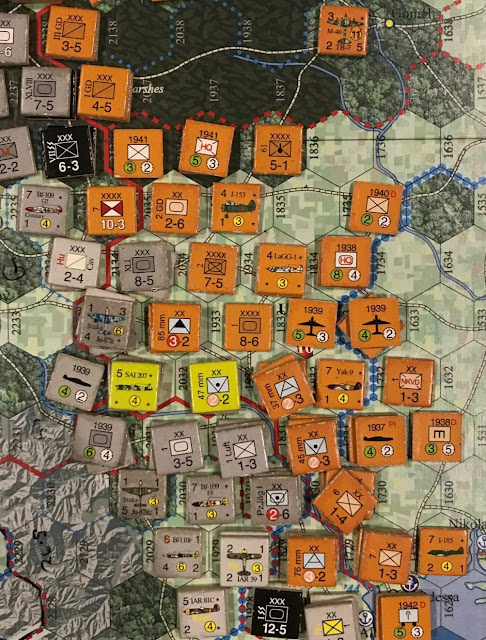 Before - The Russian successful attack and a dangerous pincer action. 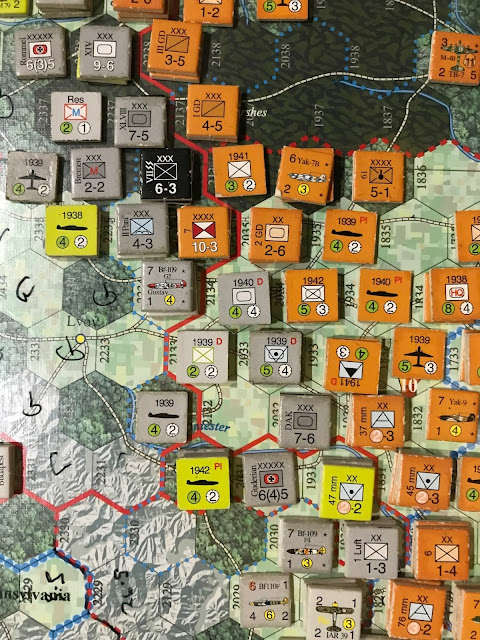 After - Germany launches a counter attack and re-establishes its line 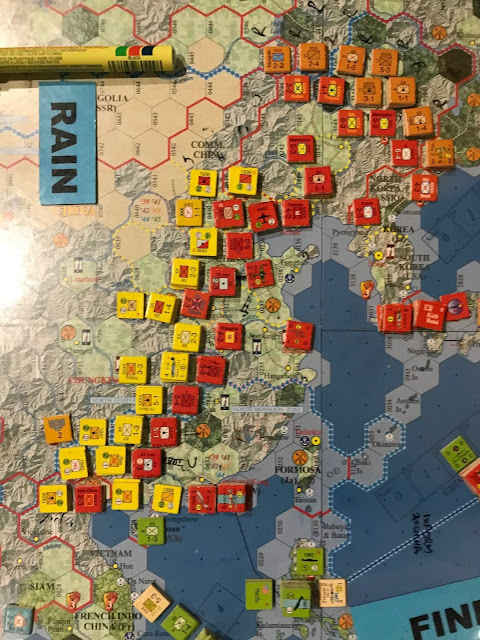 China - just waiting for the partisans to turn up.
As sea Japanese Convoy lanes are cleared again. 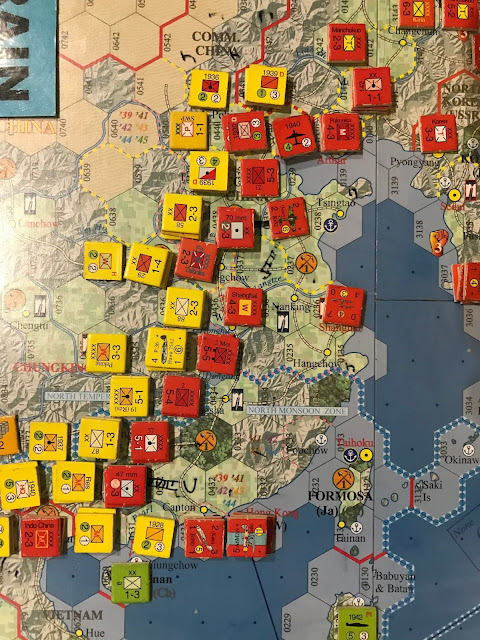 Japan, launches a counter attack and retakes the old capitol of Peking 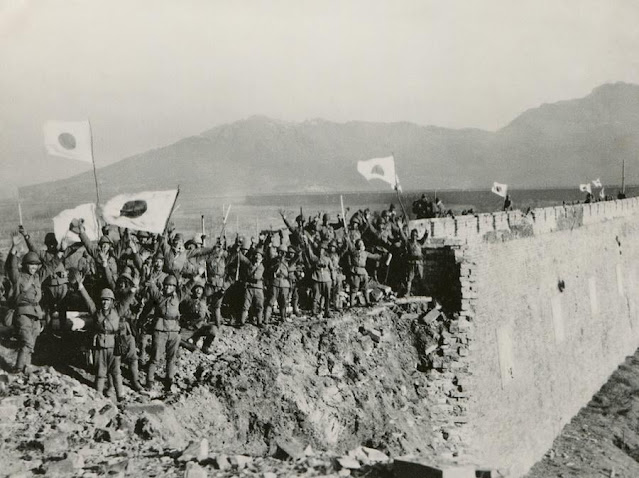