What better to spend a winter's evening at the club than with a game of Basic Impetus.  Dave was running his new French 1521-1529 AD army.  I fielded my Arab Conquest army from almost a 1,000 years earlier.  Would sticks and stones stand a chance against guns and cannons? 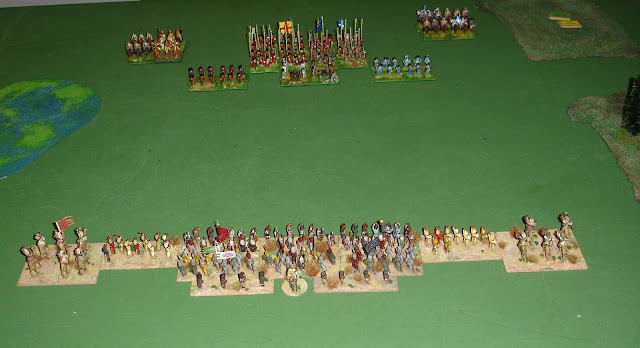 My army found itself out scouted. 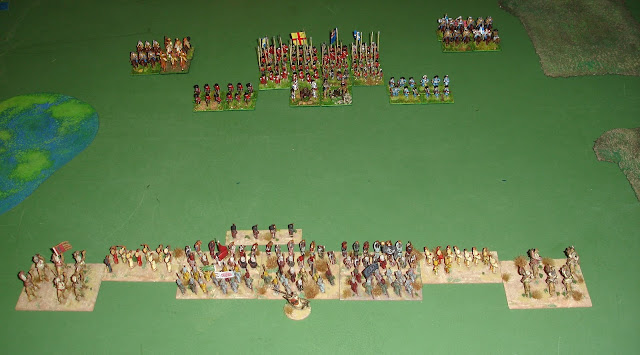 I sent my skirmishers forward to shield my army.
The French cannons promptly blew them away. 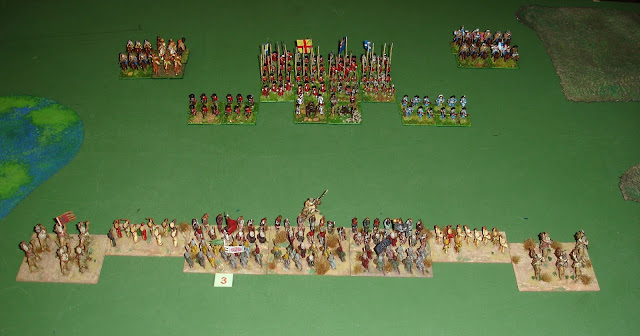 Right away.
And then their riflemen opened up on my infantry.
(At this stage Dave had thrown three sixes in a row). 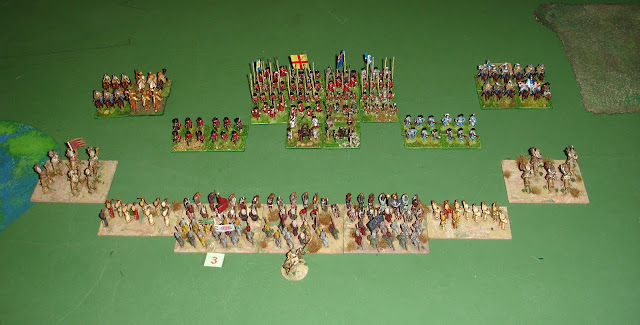 And rightly so.
My archers took out the French gunners, but then fell foul of the French knights.
My warriors bested the pike, but it was going to be close. 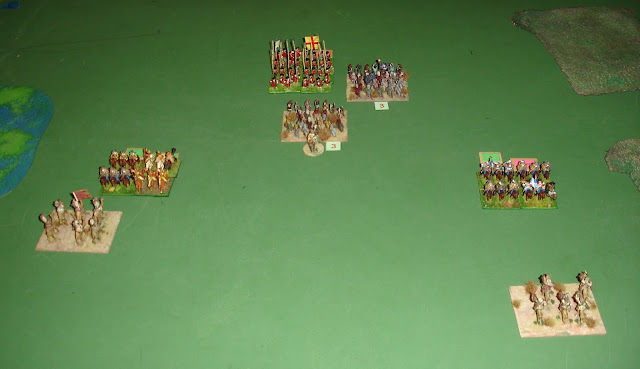 My warriors continued to push back the pike while my camels kept away from the knights.
However both sides are nearly broken. 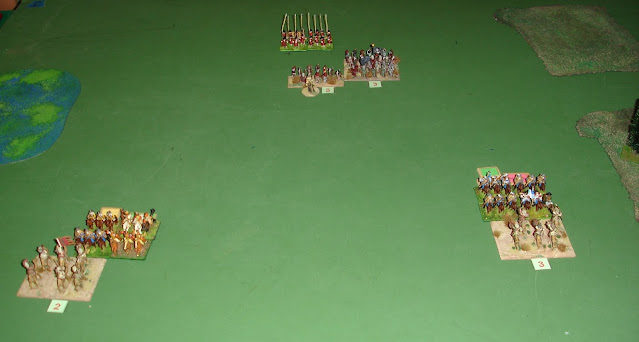 Final round sees both armies break.
Another lucky draw for my army,
in another fun, exciting hassle free game.