From Salerno to Rome - Part Eleven

This session completed the February turn.  The pressure continued on Anzio, but a small breach was made in the Gustav Line as the American Fifth Army try and fight their way through. 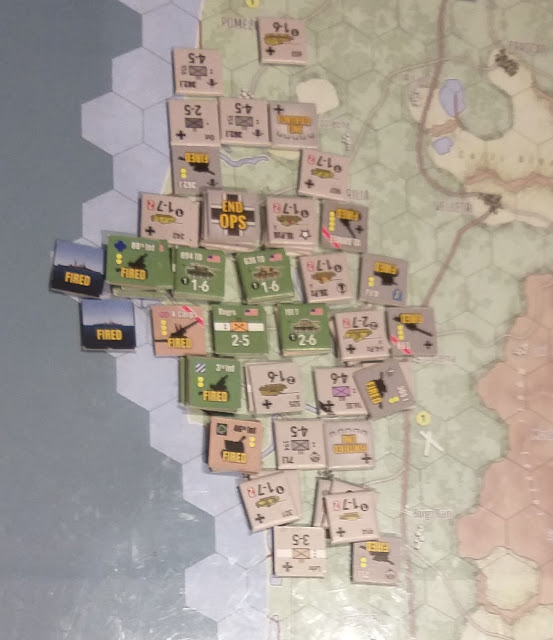 The landing at Anzio, which now comprises four allied divisions,
has drawn a swarm of German units 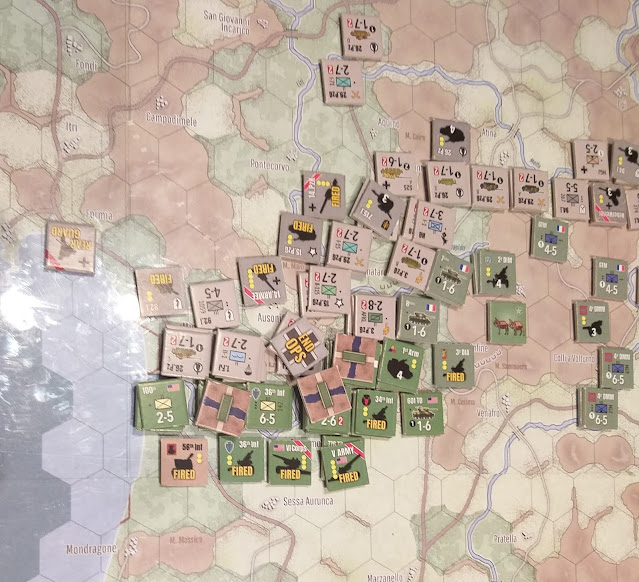 The US Fifth Army bashing away against the Gustav Line 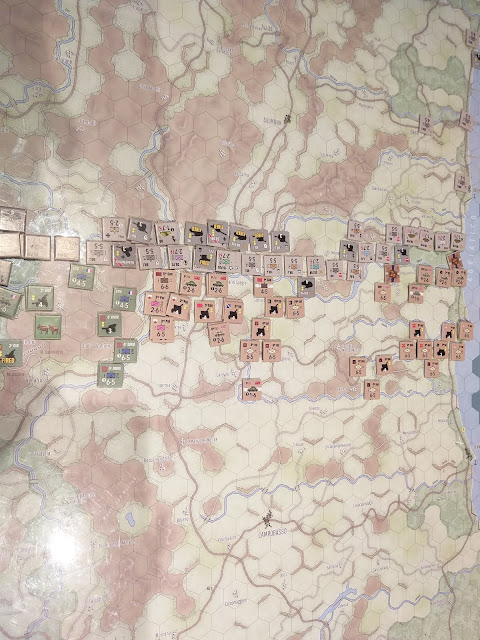 The Eight Army is struggling to close up to the Gustav line in its sector. 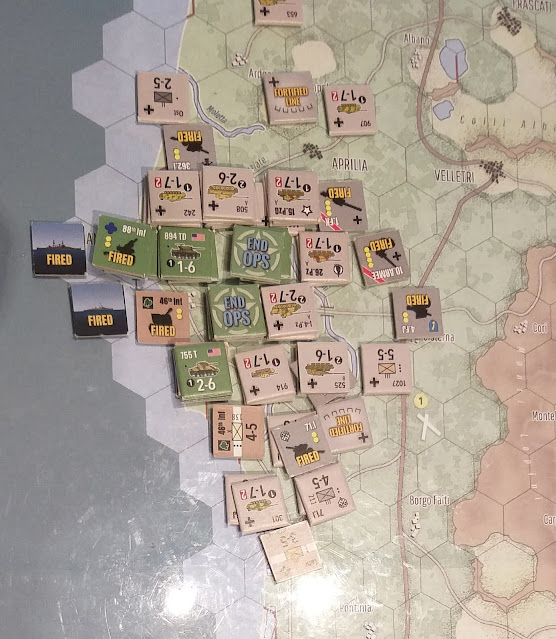 The Germans are keeping up the pressure on the Anzio beachhead. 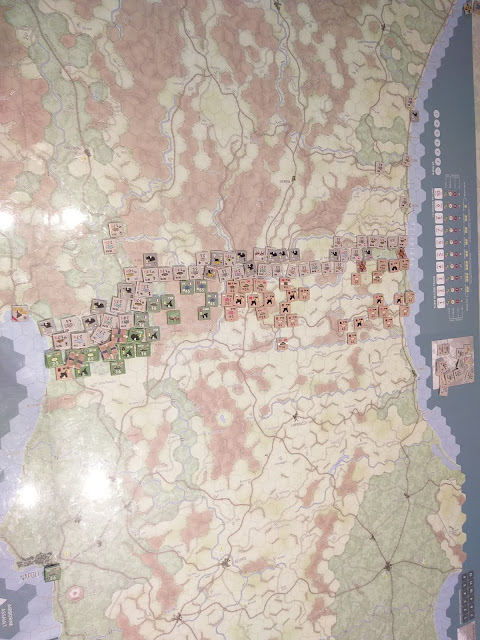 The Allies don't seem to be making much progress. 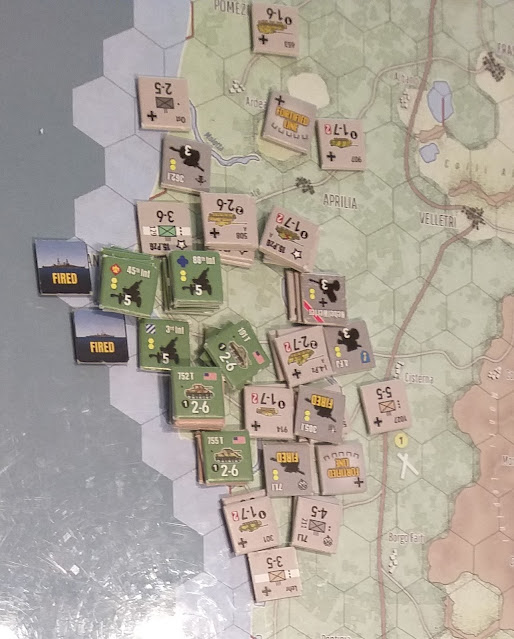 That empty space used to be occupied by Allied troops... 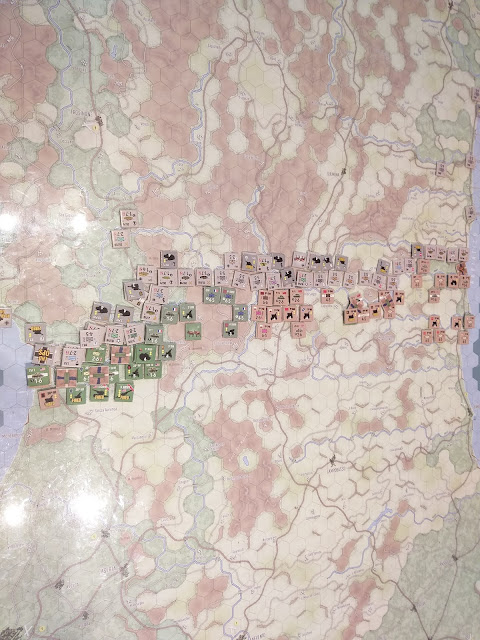 It's hard to imagine, but the Fifth Army has captured one hex of the Gustav Line
(It's three hexes in from the coast where the 1 Arm Recon unit is) 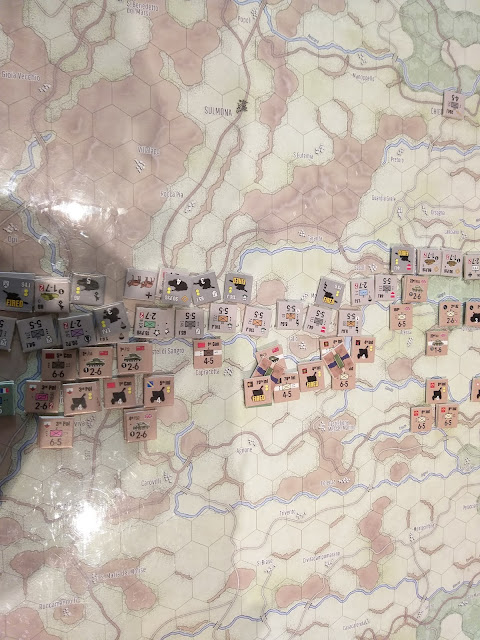 Elsewhere the Allies are at least now getting adjacent to the Gustav line. 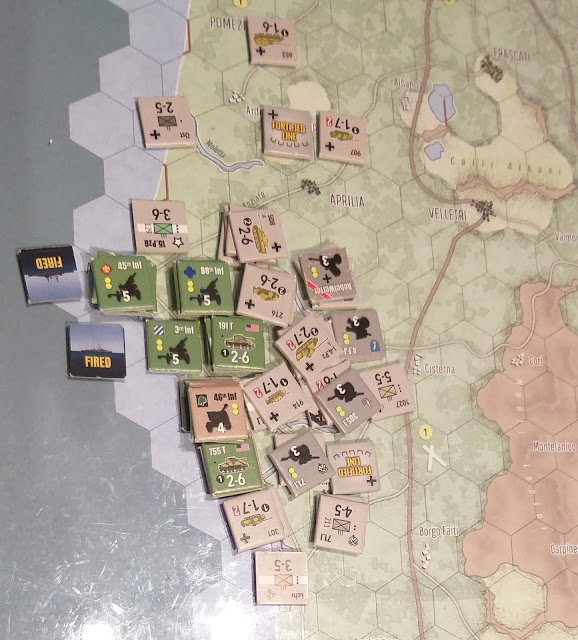 Anzio is reduced to just six hexes.
However the Allied naval, land and air support has been busy blasting the German divisions.
The Germans have also committed some heavy armour elements here
and that is giving the the edge in their attacks. 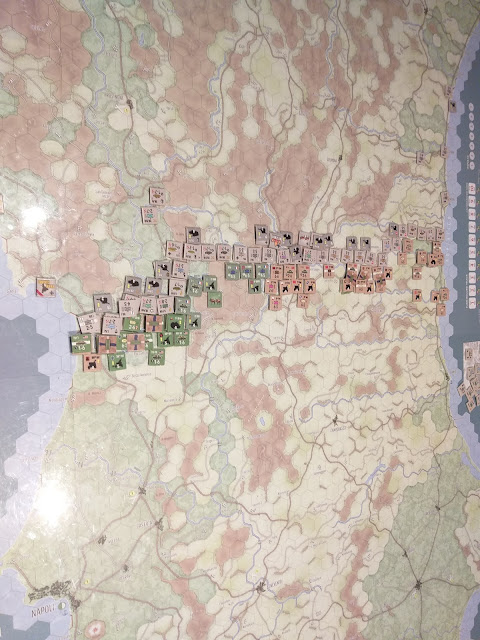 Getting ready for the March offensive.