From Salerno to Rome - Conclusion

With still three months/turns to go, but now with a knowledge/better understanding of the Victory Conditions, this session came to a sudden, but not unexpected conclusion. 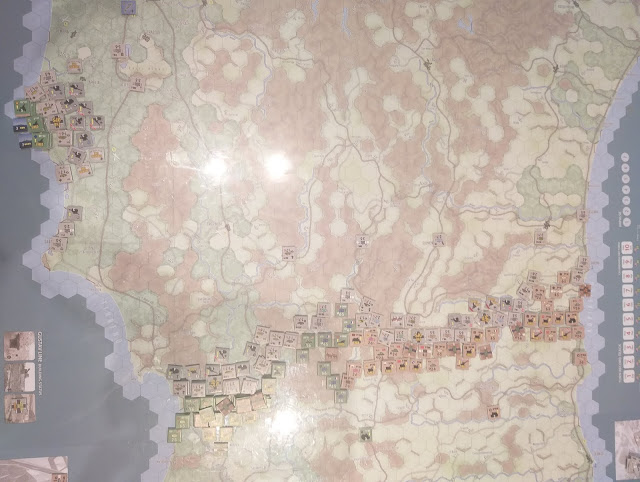 The New Zealanders have broken through on the east coast.
The French, with help from the Poles and Canadians have pierced the centre
and the US inflicted casualties on the west coast. 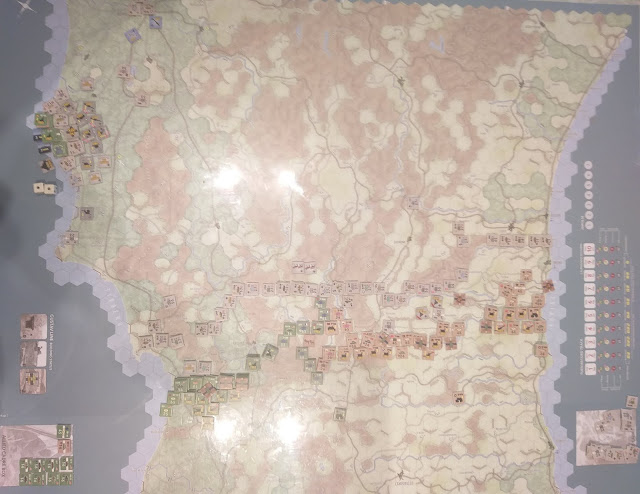 German losses are getting close to giving the Allies victory,
so it was time for them to pull back to avoid any more casualties
while attempting to repair the lines. 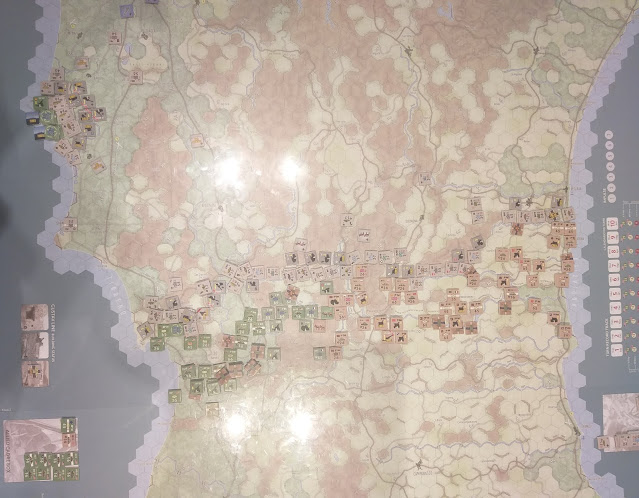 All focus is now on Anzio as if the Germans can take the Supply Depot hex
they will have won. 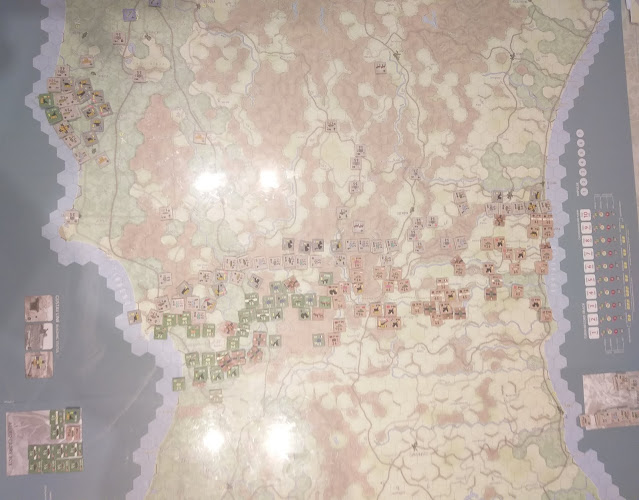 All rather sudden and brutal.  I think VPs for losses would have been better as a cumulative total score.  This avoids the reduction of losses when units are removed or replaced.  It also gets over the point in time issue.

The supply depot only came into play with a major invasion and I'm not sure Anzio was worth the trouble.

However a most interesting and challenging simulation of this campaign.